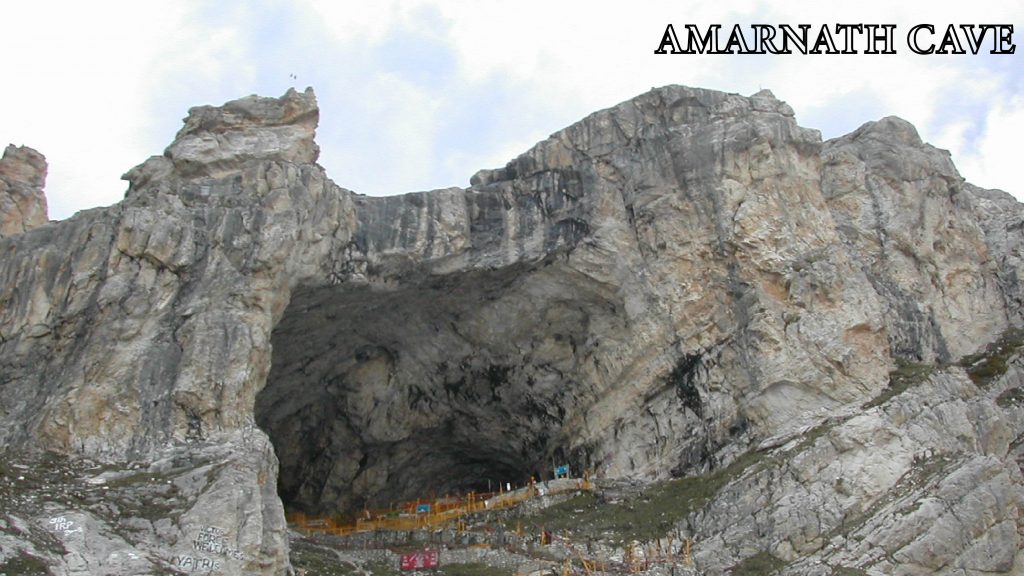 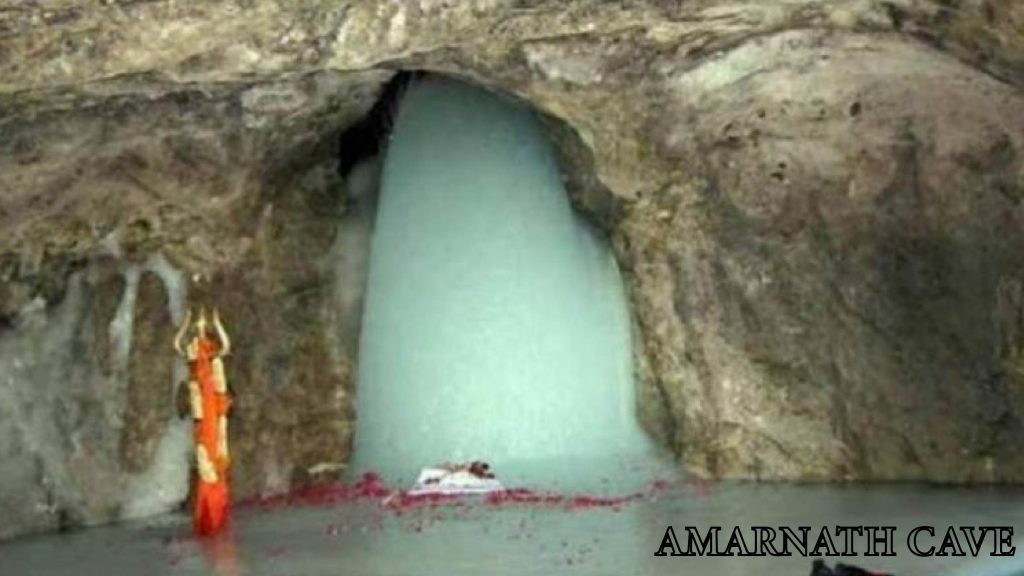 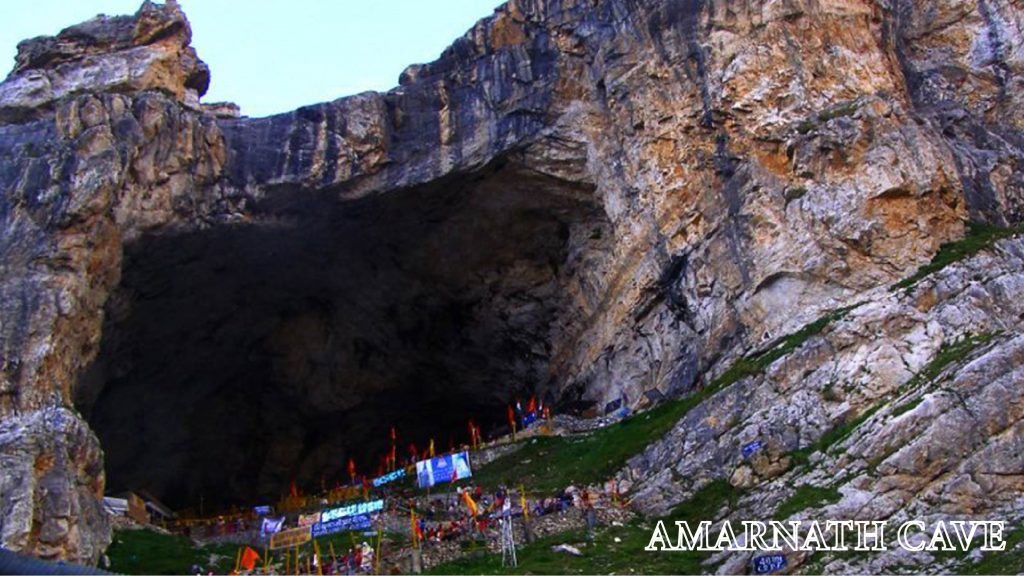 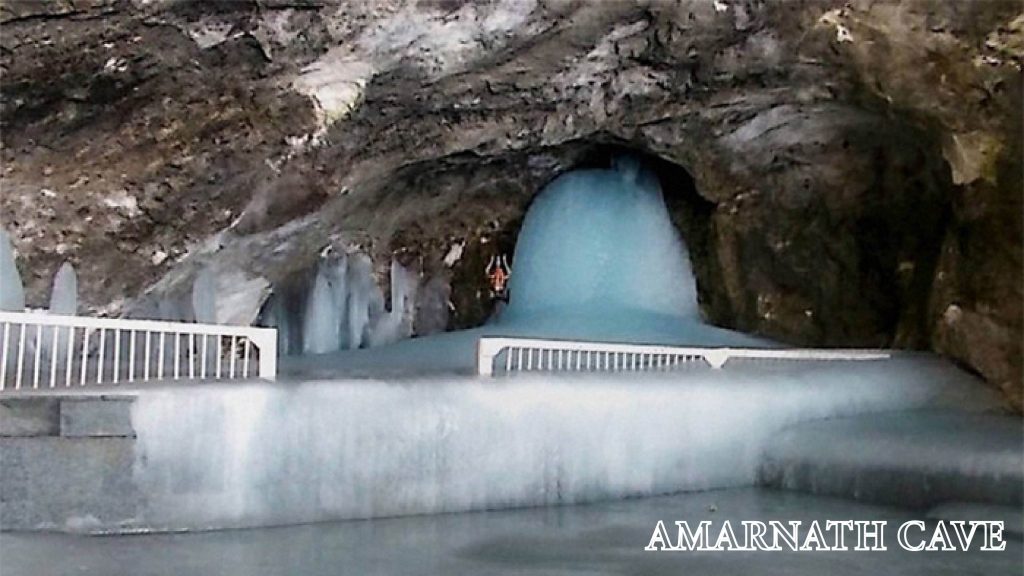 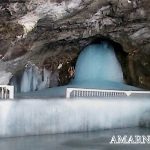 Amarnath Cave is located in Jammu and Kashmir, one of the most beautiful states of India, and is considered a holy place for the Hindu population. At a great height of 3,888 meters, it holds it place among the most revered Hindu shrines in the world. This is reflected from the fact that lakhs of devotees of Lord Shiva pay a visit to the cave and catch just a glimpse of the ice Shiva Linga that forms in the cave each year during summers, crossing several hurdles and fighting challenging weather conditions and an extremely daunting terrain.

It is interesting how water trickles down the roof of the cave and hits the ground to turn into ice, resulting in a huge ice stalagmite looking like Hindu God Lord Shiva. The ice melts during Summers, from May to August. The cave is considered to be nearly 5000 years old and it is believed this is the place where Lord Shiva discreetly shared answers to the questions put up by Goddess Parvati.

The Amarnath cave holds significance because houses not one but two more ice formations representing Goddess Parvati and Lord Ganesha, who is the younger son of  Lord Shiva and Goddress Parvati. It is delight to visit during Shravani Mela, when people rejoice for a period of 45 days from July to August. There are two ways to reaching the Amarnath Caves. You can reach there trekking on foot, or hire a helicopter directly from Pahalgam.

Within the Amarnath Cave is a huge Shiva Linga that is roughly 40 meter in height. The Linga is a natural formation made out of ice that trickles down the roof of the cave. Since the floor of the cave is very cold, the water freezes upon touching it and the Linga grows vertically in height with time every year. It is believed that the size of the Linga changes depending upon the phases of the moon.

How to Reach Amarnath Cave

One has to reach Jammu Tawi Railway Station to begin their journey to Amarnath Cave. From there, you can take a bus or a can. Both State Transport and Private Operators are available, so finding a ride is not difficult. Reach Pahalgam and trek to Amarnath. You can also hire a helicopter from Baltlal, which is close to Pahalgam, to reach the nearest point of the cave.