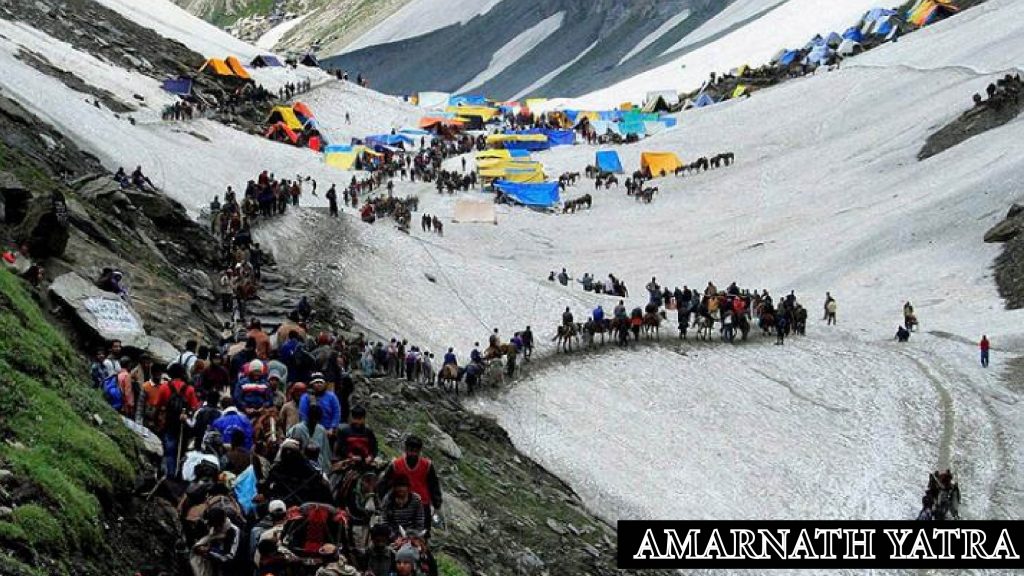 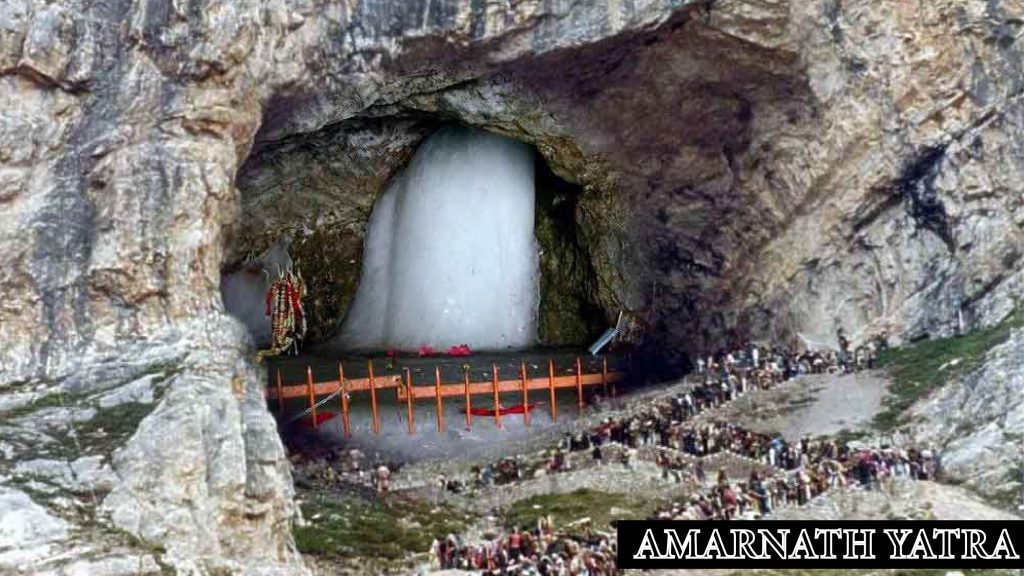 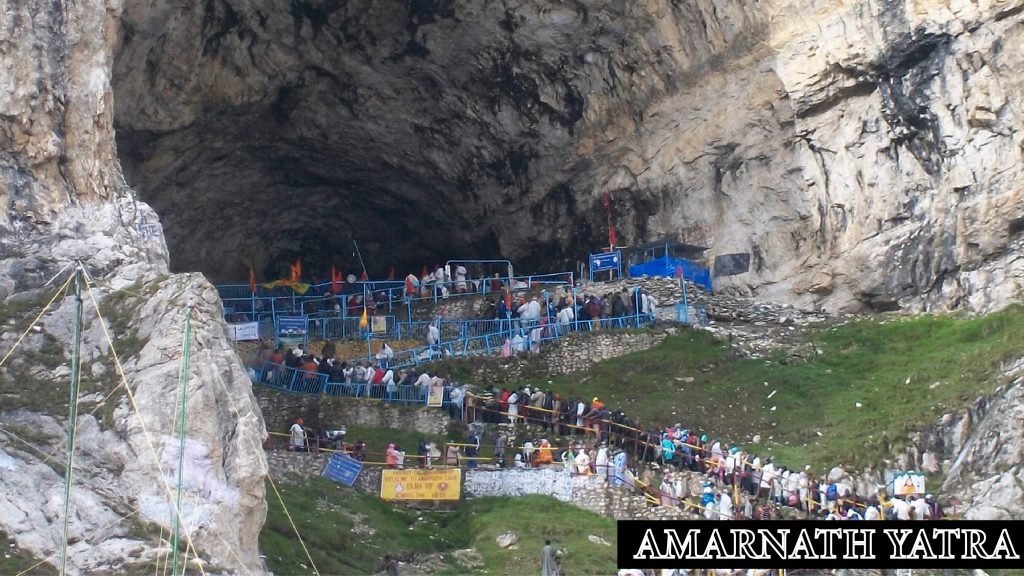 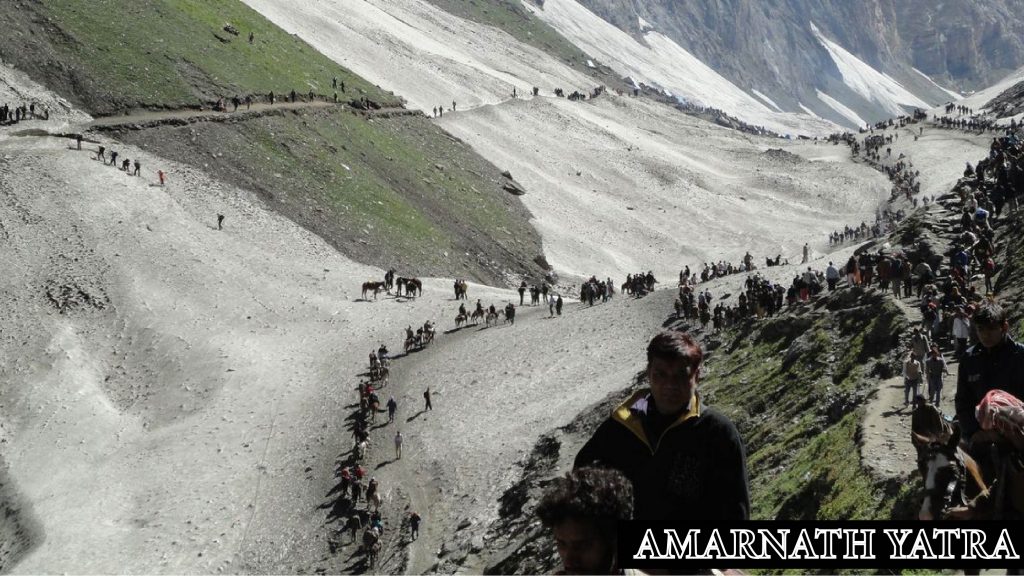 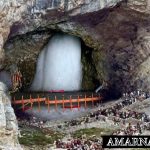 The Amaranth Cave is not open to pilgrims throughout the year. It opens during Shravani Mela, which takes places in July-August, which is the Shravan month. This is when lakhs of devotees miles to catch a glimpse of one of the holiest shrines in the Hindu culture and gain Lord Shiva’s blessings. It is their devotion that brings them to the height of 3888 meters where the cave is located, almost 141 kms away from Srinagar, the summer capital of Jammu and Kashmir. One can reach Amarnath Cave from Pahalgam. Once ‘Pratham Pujan’ is performed to seeks Baba Amarnath’s blessings, the much-awaited Amarnath Yatra begins.

The Amarnath Cave is situated amid tall mountains that are covered with snow for majority of the year. Since the weather conditions are harsh, the cave is inaccessible to the devotees. Pilgrims can visit Amarnath cave during summers. Each year, lakhs of devotees apply for registration and thousands of them trek steep rocky mountains to watch the natural spectacle with their own eyes and gain blessings of Lord Shiva who is believed to appear in the form of the holy Shiva Linga in the cave. The cave itself is 130 ft high and houses a 40 feet tall ice stalagmite that is believed to be a form of the Hindu God Shiva. The ice structure is formed due to water droplets dripping continuously from the cave’s roof. These drop freeze immediately upon touching the floor of cave and turn into a huge ice formation.

The Shiva Linga is believed to change its size according to the phases of the moon. It is said to be the tallest during Shravani Mela. The ice stalagmite does not stay around throughout the year. It slowly melts due to heat from May to August and the water trickles down the rocks.

In the Hindu mythology, the Amarnath Cave is said to be the cave where Lord Shiva answered Goddess Parvati’s questions related the meaning of life and the secret behind his eternity.

Trek from Baltal to pahalgam

Since the terrain is mountainous and difficult, determination is required to scale the height. You can reach the cave from Pahalgam on foot in nearly 5 days. The trek begins from Baltal. You will cross Domial, Barari and Sangam in your way.

Trek from Chandanwari to Pahalgam

The trek from Chandanwari to Pahalgam is long.  One has to cover a total of 30 kilometers on foot and is therefore suggested to be undertaken by only those are fit, excluding pregnant women and children.

The total distance you may have to cover is nearly 36 kilometers.

Considering the rough terrain and harsh weather conditions during the Yatra, children less than 13 years of age and adults aged 76 and above are not permitted. The Yatra is not safe for Pregnant women as well. Every person applying for registration to the Amaranth Yatra must necessary obtain and produce a valid health certificate.

How to Reach Amarnath Yatra One must reach Srinagar to start the Amarnath Yatra. You can reach there by rail at Jammu Tawi Railway Station. Since Srinagar is the summer capital of Jammu and Kashmir, it is has an airport as well which is connected to the major cities in India. Besides the two, devotees are reach Srinagar by bus or car. There are plenty of bus and cab operators available in a lot of cities in India for hire.