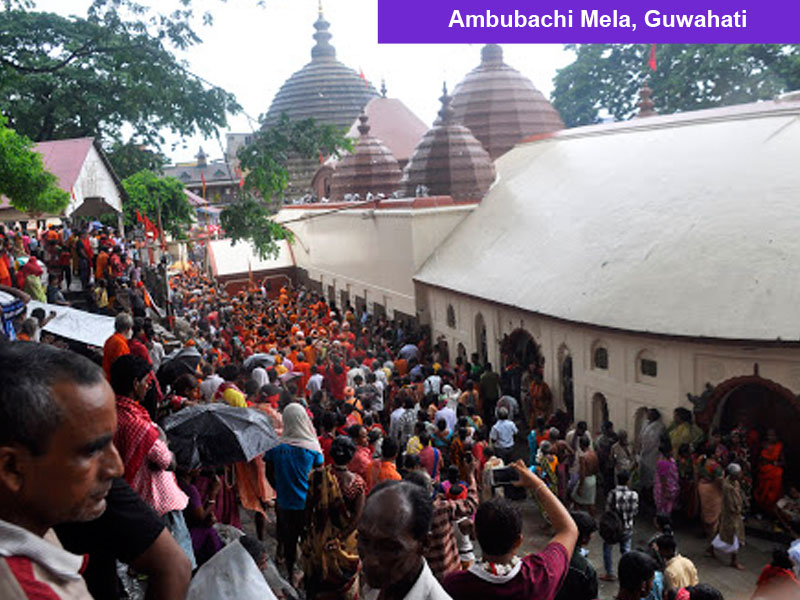 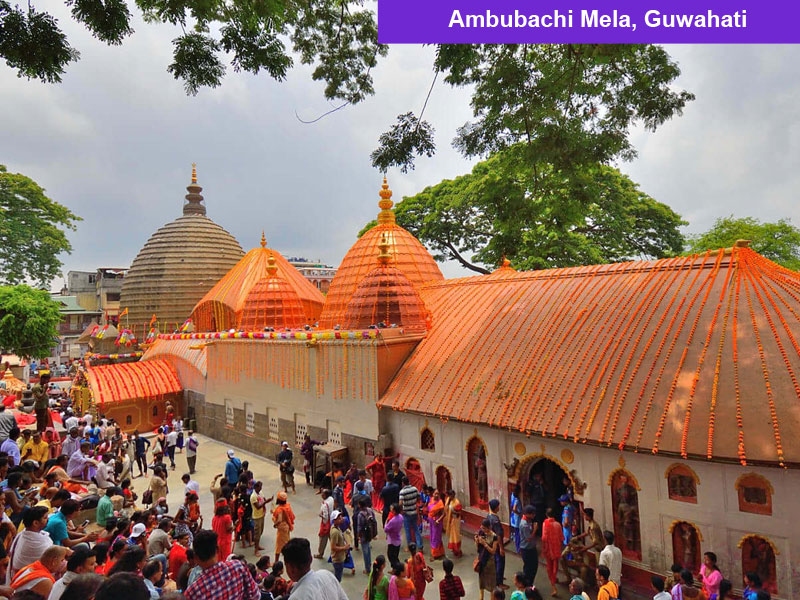 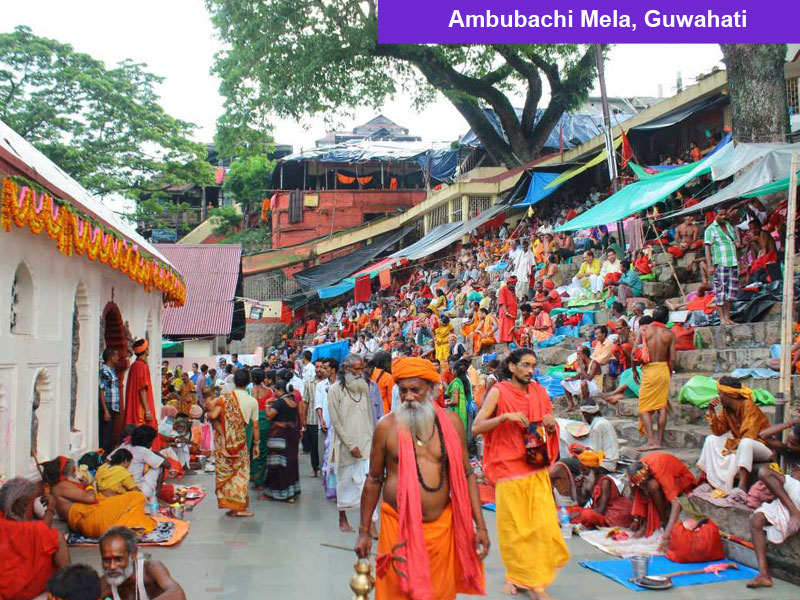 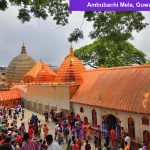 Over of the Ambubachi Mela

It is without a doubt that the Ambubachi Mela is a festival celebrated at Kamakhya Devi temple which is located somewhere at the Nilachal Hill in the Guwahati city which is north-east of the Assam State in India. It is one festival that sees a large crowd gather at the Kamakhya Temple.

The celebration takes place for four days and it is according to the traditional Hindu calendar in the month of Asaadh. It Is a Shakti traditional festival, the Mela also sees a lot of Sanyasis when the days of the festival kicks off at the temple, they are usually carrying out ascetic ways of devotion. The main aim of the festival is geared towards the rich fertility of mother earth and honouring it. The festival is witnessed as a result of the belief of the menstrual cycle of Kamakhya Devi which happens once in a year and it is held at the Kamakhya Temple all through the Ambubachi Mela period which is the four days of the festival.

The traditional Hindu calendar gives the date of the Ambubachi Mela festival as billed to kick off on the 22nd of June, 2019 to the 26th of June, 2019. The festival will take place in the month of Asaadh according to the Hindu traditional calendar and the venue is in Guwahati at the Nilachal Hill. The festival period only starts when the sun enters the Mithuna Zodiac which is in the month of Asaadh.

The festival is always celebrated in accordance with the traditional calendar, hence, it is not always observed on similar dates in the Gregorian Calendar every year. Regardless of the discrepancies, the festival still falls sometime in the middle of June.

Venue for the Ambubachi Mela

Celebration of the Ambubachi Mela

The festival takes place in the month of Asaadh of the Hindu traditional calendar, Ambubachi Mela is always celebrated for a period of four days in the city of Guwahati in Assam at the Nilachal Hill. Since it is a festival dedicated to Kamakhya the goddess, it’s attendees are usually torrents of Sadhus, Sanyasis, both male and female, who are of the Shakti tradition.

During the first three days of the Ambubachi Mela, it is belief that the Kamakhya goddess is in her state of menstrual phase, and as a result of this there is no entry into the sanctum sanctorum of the Kamakhya Devi Temple. Furthermore, all forms of  agricultural works in the area are also forbidden during the menstrual period, as well as sacred scriptures reading. There will be no form of religious practice of any kind carried out by any of the devotees on the first three days of the Ambubachi Mela since the Mela takes place around the temple. The temple is occupied by Sanyasis of the Shakti tradition who come together in large numbers in and around the Kamakhya Devi Temple as they perform their ascetic way of devotion, a way which often includes jugglery, tantra, and doing extreme things with their bodies. The Ambubachi Mela can be said to be synonymous with that of Kumbha Mela where Sadhus will perform daring type of ascetic during the  Ambubachi Mela.

The worship of the Kamakhya Devi is in the temple and is not in a human-shape and form, rather it takes the Shape and form of the female genitalia, which is a symbol believed to be the reproductive part of mother earth.

Just the same way the Kumbha Mela, Sadhus remains unseen throughout the year joins the Ambubachi Mela, and rigorous ascetic activities will be carried out such as remaining dug in the earth, carrying really heavy weights with weaker parts of the body, continuously standing for days and months eventually etc.

The goddess Kamakhya Devi completes her annual menstruation on the fourth day. The ritual bathing of the Garbhagriha starts and its done by the temple priests, after the ritual bathing, the devotees can now enter the temple as it becomes open For all. A huge crowd of people convey to the temple on the fourth to seek blessings of Kamakhya Devi. A very long queue of the devotees is formed, the queue  belongs to all sexes, castes, age, and sects.

On the fourth day, tens of thousands of people are often recorded to visit the temple for the Ambubachi Mela which makes it arguably one of the most important festival in Assam State and the whole of India at large.