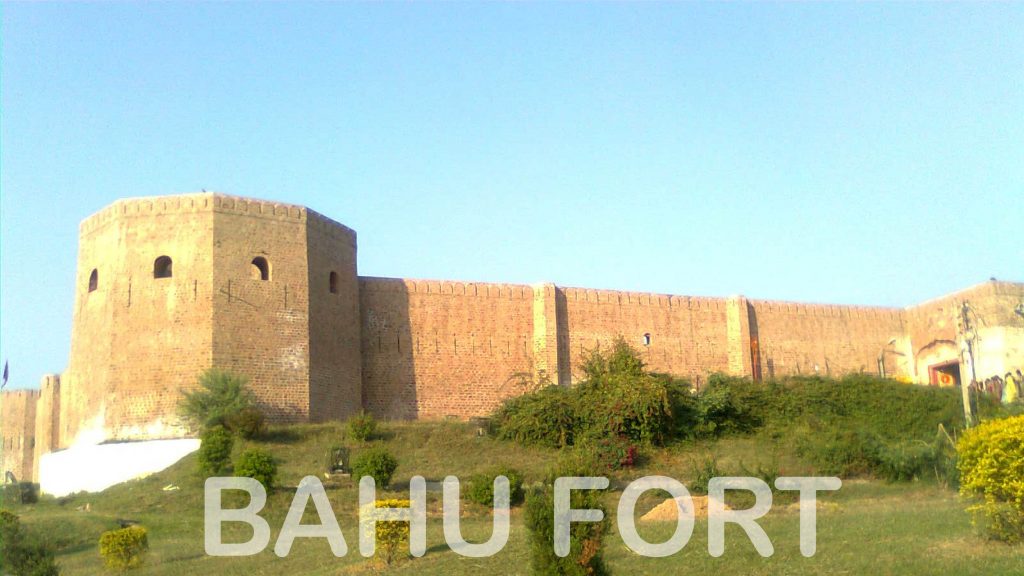 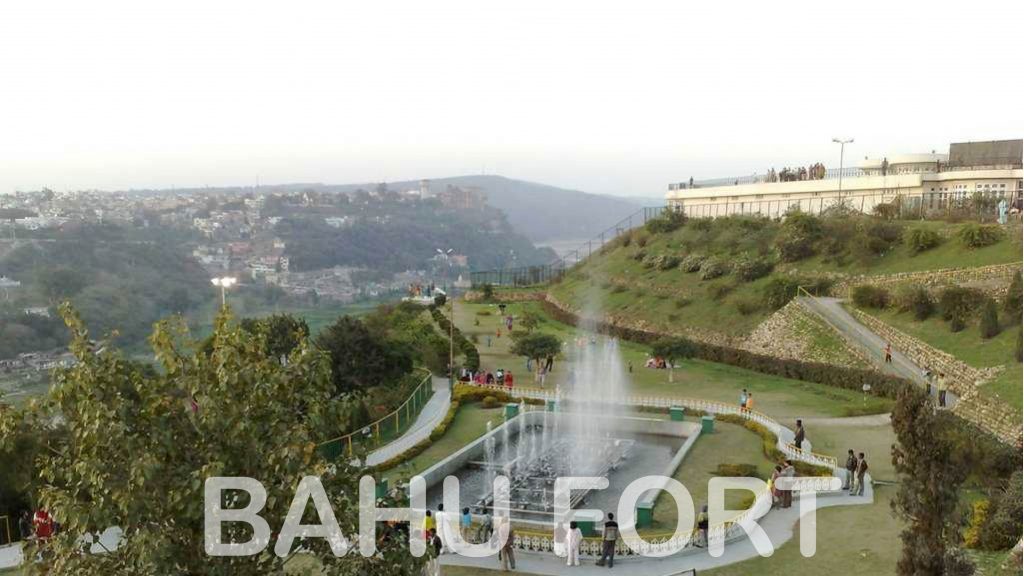 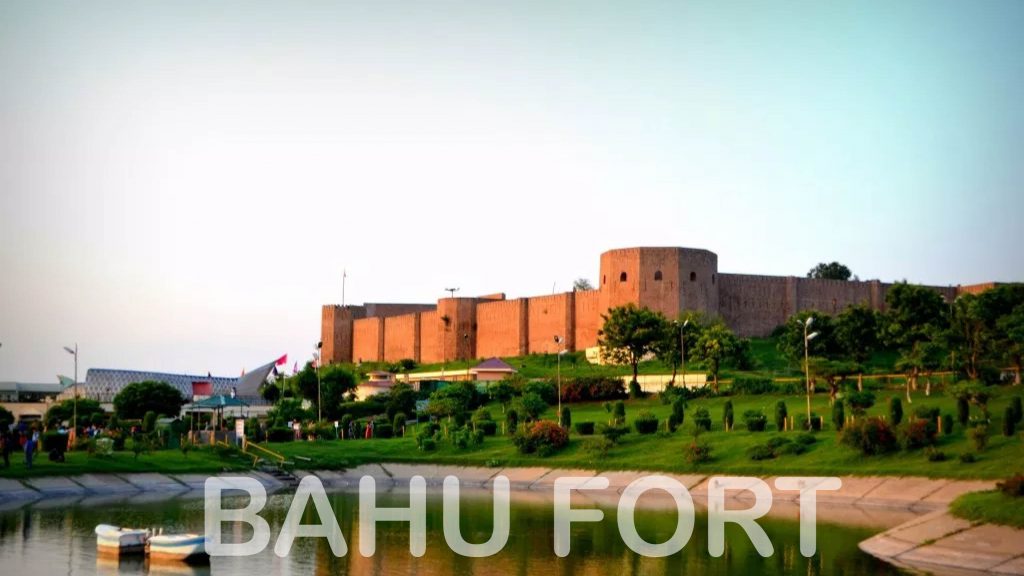 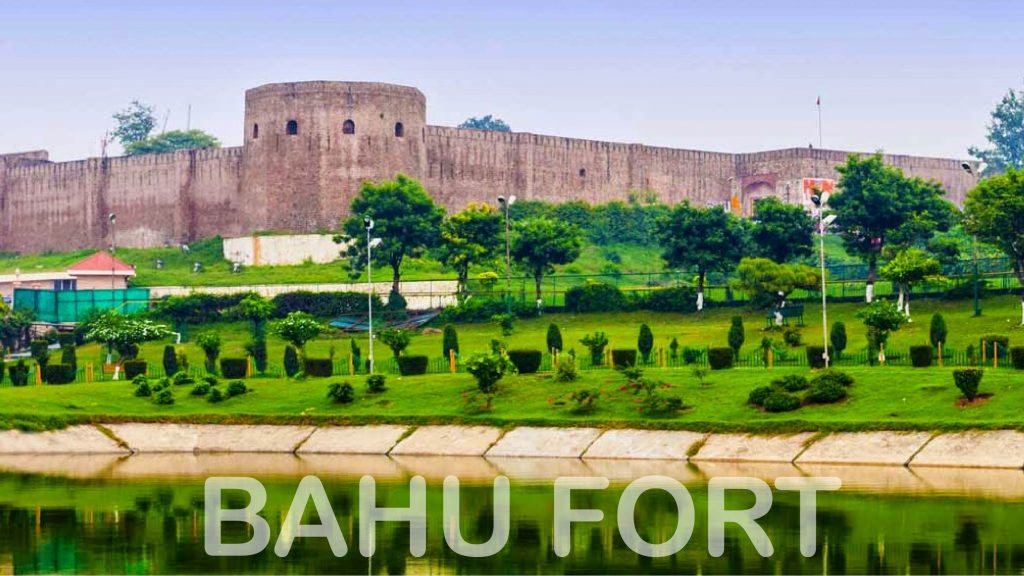 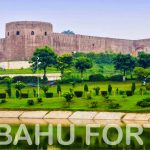 The beauty of Jammu mixed with the intricate architecture of the many forts and temples it houses, it justifies its name as the ‘Gateway to Heaven’. Bahu Fort is just one of the many majestic fortresses that are home to the city of Jammu. It is located 5 km from the old city, on the banks of river Tawi. The fort was constructed by Raja Bahulochan, brother of Raja Jambulochan – founder of Jammu. The fort is over 3000 years old and rightly holds the title of one of the oldest monuments in the state. Subsequent renovations and re-structuring was done by Dogra rulers for its preservation and extension.

History says that the construction of the Bahu Fort is directly related to the inception of the city of Jammu. The legend goes back to the time when Raja Jambulochan went on a hunting trip that changed history as we know it. On his trip, Raja witnessed an unbelievable sight that changed his mindset and made him establish the city of Jammu. He came across the river Tawi where he found a tiger and a goat drinking water side-by-side. He was astonished to see the tiger not trying to hunt its prey and calmly drinking water sitting next to it. This lead him to believe in the divine powers of the land and he, therefore, decided to settle down around that river. He started calling the land Jambo but eventually, the name changed to Jammu. After this establishment, his brother Raja Bahulochan had the Bahu Fort constructed across the river. Jammu, hence, became a symbol of peaceful coexistence.

The temple of Goddess Kali inside the fort is of much significance to the people of Jammu. The reincarnation of Parvati, Goddess Kali, is said to have been keeping the city and its people safe ever since its inception. She is a symbol of feminine power and prime example of motherly love. The locals refer and worship this temple as Bave Wali Mata Temple.

As per legends, Bahu Fort is directly linked to both brothers of the Suryavanshi clan – Bahulochan and Jambulochan – sons of King Agnigarbha II. Bahu Lochan was the eldest of the 18 sons of King Agnigarbha II. He had the Bahu Fort constructed over 3000 years ago across river Tawi. Hence, the fort is called Bahu Fort. The fort was built after Bahulochan’s brother Jambulochan settled the city of Jammu around river Tawi. In 1985, King Kapoor Dev’s son Autar Singh rebuilt the fort in the exact same location.

Over the centuries, many rulers have had their go at reconstructing and restructuring the fortress. The current fort at Jammu is a version of Raja Gulab Singh, reconstructed in the 19th century. Maharaja Ranbir Singh also made minor changes to the current fort.

Bahu Fort is power personified. It is located at an altitude above river Tawi. It is about 325 metres tall and is surrounded by scenic views of lush greenery and the city of Jammu. Be amazed by the Mughal-inspired architecture of the fort. The intricate detailing on the walls make it a true masterpiece. The floral design carvings and arches are signature to Bahu Fort. The restructuring of the fort has changed the material used from brick and limestone to high quality sandstone.

The massive elephant-size entry gate of the Fort will leave you in awe. The grandiose gates lead up to a royal stable, an enormous lake open for boating and a cable car system. The security system of the fort included eight octagonal hollow towers with spaces for guards to keep watch for any potential enemy threats. Then there are also the thick and sturdy walls to keep danger outside.

A pyramidal structure is present next to the 15 feet deep lake. The structure was used to store ammunition and other weapons. Captured enemy troops and spies were imprisoned underground in the prison cells located on the lower levels of the fort. Secret passageways can also be found in the bahu fort for safe escape of the royal families in case of any surprise enemy attacks.

Next to the Fort is the terraced lush green garden, Bagh-e-Bahu. Its green fields and vast collection of flora along with fountains perfectly complement the grand fort. The dense, tall trees and the vibrant flowers are a treat to the eyes. It is also a common picnic spot for families looking to spend time amongst butterflies flying from flower to flower.

The garden is also home to many stone carved sculptures that enhance its elegance. Amongst the fountains is the man-made waterfall that looks as beautiful as the place itself when the sun shines upon it. Bagh-e-Bahu is truly a royal garden, as grand as its fort, Bahu Fort.

Dedicated to Mahakali, incarnation of Goddess Parvati, this temple is said to possess the powers that protect the city from all evil. The temple is situated on a 3.9 feet raised platform and built entirely in white marble. At the centre of this beautiful construction sits Goddess Kali black stone idol. The small space inside the temple means only a few can enter at a time. Devotees wait outside in line for hours for their turn to worship the deity.

People have previously offered animal sacrifices at the temple, lately, the priests have changed animal slaughtering to only sprinkling holy water on the animal before setting them free. The sprinkling of the holy water is a portrayal of the said sacrifice. The ritual has the name, Shilly Charana.

Beware of the Rhesus Monkeys residing in the Mahakali Temple. Their population is a major constituent of the city wildlife at large. Their playfulness soon turns to them snatching food, cameras and any other stuff from passersby. Keep your belongings safe while visiting the temple, especially if you come across a monkey on the way.

Navratri marks for a grand festival in Jammu. Twice a year, in March/April and September/October, people celebrate to their hearts’ content inside the fort. The fun-filled festival marks for grand attraction at the Mahakali Temple.

Avoid getting close to the monkeys. They might snatch important stuff and create menace.

How to Reach Bahu Fort

The Jammu Tawi railway station is 4.1km from Bahu Fort. By car, it is less than 15 minutes. The city, 5km away is accessible by car, buses, autos and cabs. The modes of transportation are very economic.