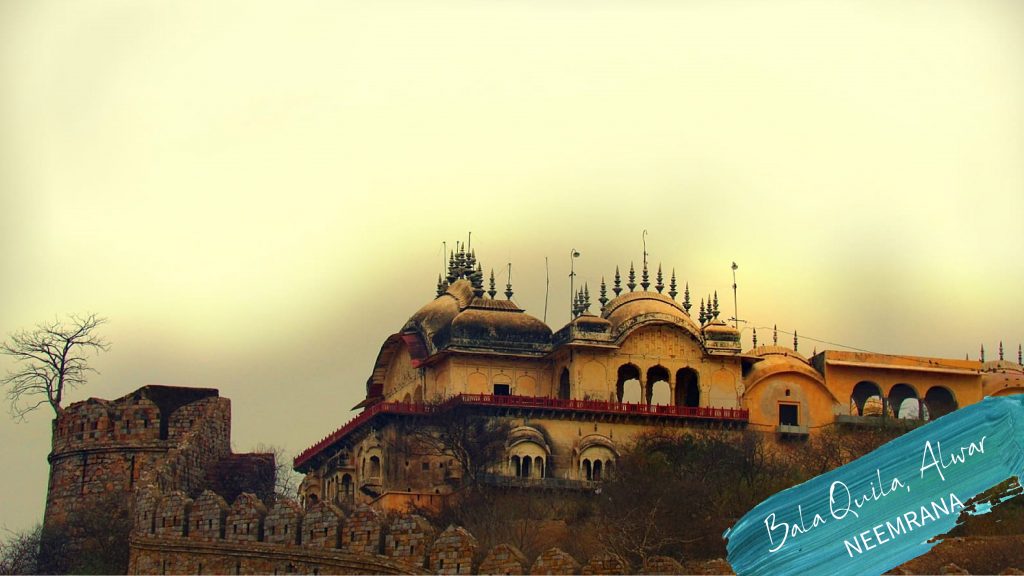 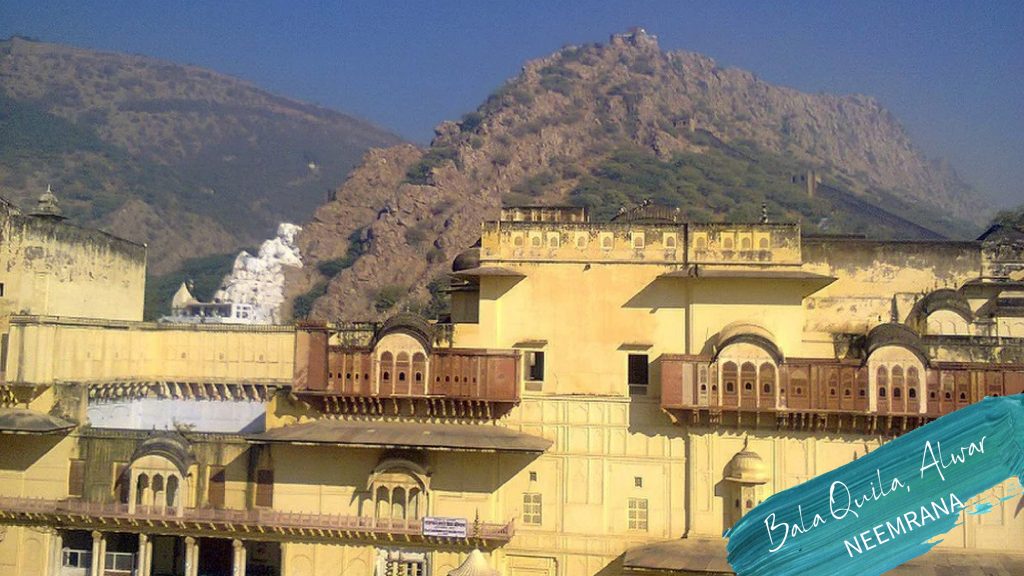 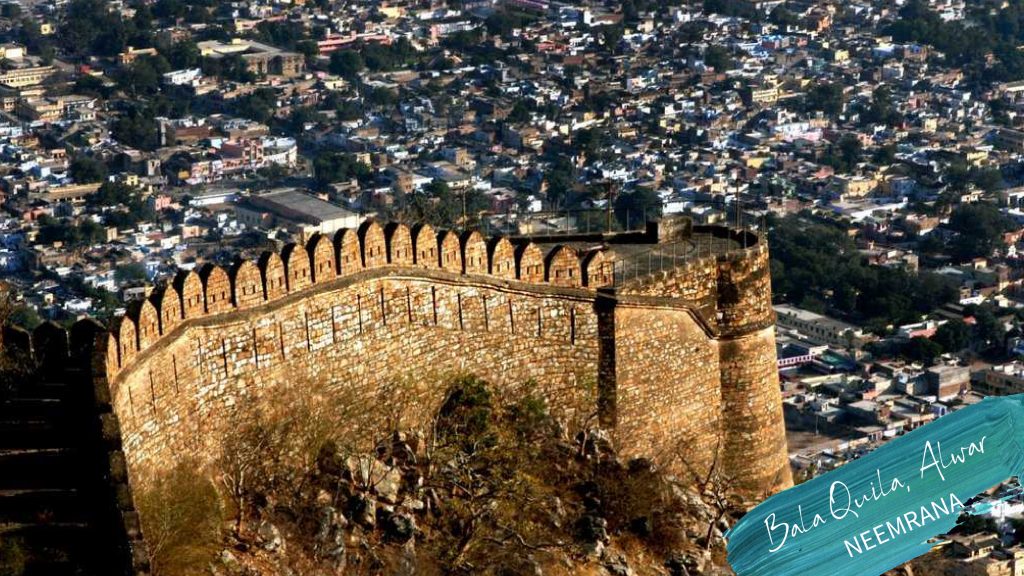 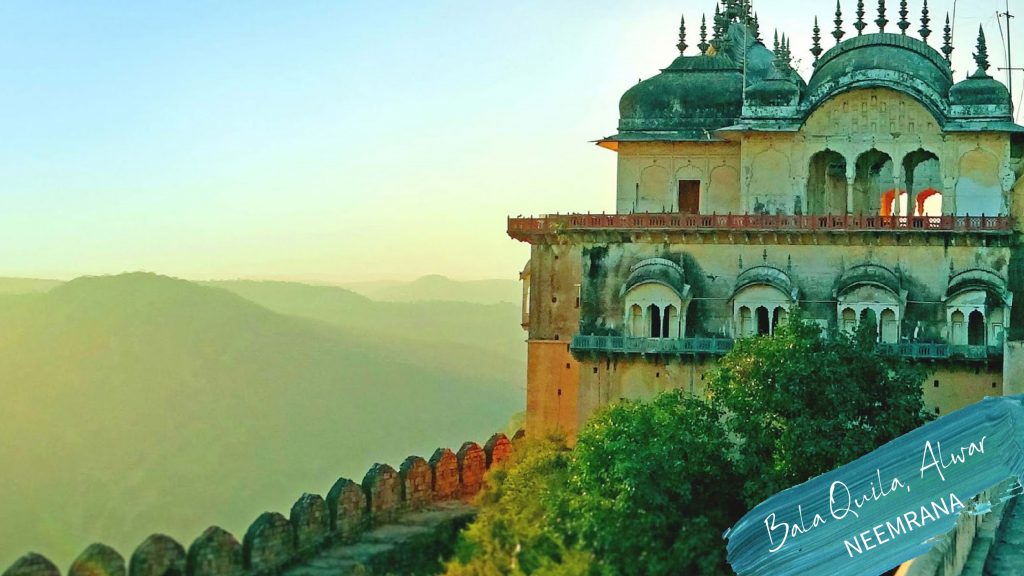 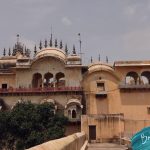 Bala Quila Fort was constructed in the 15th century by Hasan Khan Mewati. Also known as Alwar Fort, this citadel is located right above the town of Alwar in the Aravali Range. The fortress has been under the rule of several kings such as Yadavas, the Kachwaha, and the Marathas.

Bala Quila literally means a Young Fort and as per the Hindu Puranas, the fort symbolizes the strength of the King. A metalled road named Laxman Pole connects Alwar city with the fort and according to the history, Pratap Singh, the founder of Alwar Province, entered the fort through this road only.

Pratap Singh, a Rajput ruler of Kachhwaha annexed this fort in 1775 AD. This was the time when the foundation for the city of Alwar was laid down. The fort is built at an elevation of 300 m and one can get the majestic view of the fort from any part of the city.

The fortress stretches over an area of 5 km from North to South and 1.6 km from East to West. It also comprises of four gateways which are Suraj Pol, Andheri Gate. Chand Pol, Krishen Pol, Laxman Pol, and Jai Pol. The walls of the fort are intricately carved with olden sculptures and scriptures and every nook and corner of the fort resonates with the daunting stories of Rajputana.

The Architecture of Bala Quila Fort

Bala Quila Fort represents Indo-Islamic architectural style with beautiful walls engraved with figures and scriptures of the past. The four gateways of the fort is named after different rulers that symbolizes their chivalry.

In addition to the brilliant carvings on the wall, there are many attractive places to visit within the fort. Establishments such as Suraj Kund, Salim Sagar Pond, Jai Mahal, Nikumbh Mahal, and 15 other temples of Lord Ram, Goddesses Sita and Lord Hanuman exhibit a rich cultural history of the region.

The fort has 446 openings for Musketry which is enclosed by 15 large and 51 small towers and 8 bastions. The fort also constitutes of Salim Mahal. It is that part of the fort where Mughal Emperor Jahangir lived for 3 years during his exile.  Also, a radio station is present within the fort which can only be visited with the approval of the Superintendent of Police, Alwar.

The fortress of Bala Quila was used by the Mughals to carry out an attack on Ranthambore. Mughal emperors Babur and Akbar had an overnight stay at the fort, whereas Prince Salim (later Emperor Jahangir) was in exile for three years in Salim Mahal

How to Reach Bala Quila Fort

The fort is situated at a distance of about 12 km from the main city. You can hire a taxi or an auto to reach the foothill.  From there, you will have to climb a steep slope which will eventually lead you to the entrance of the fort.