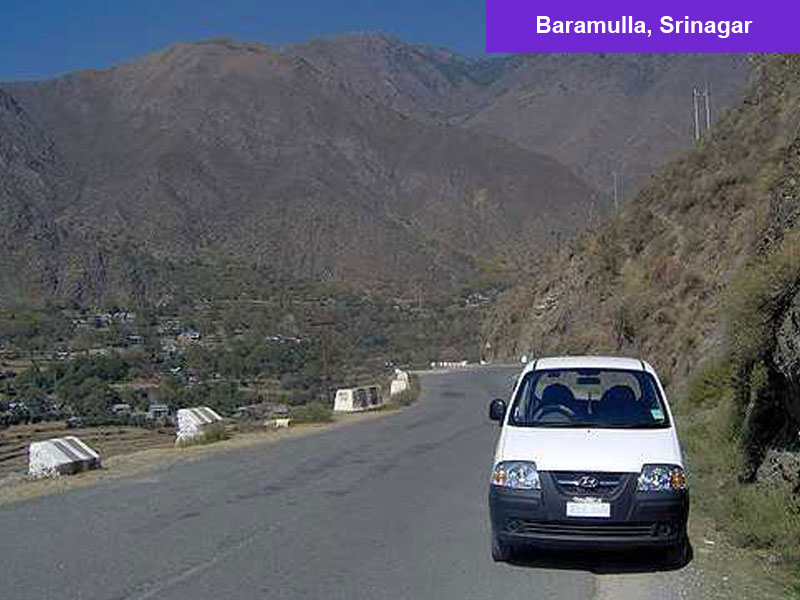 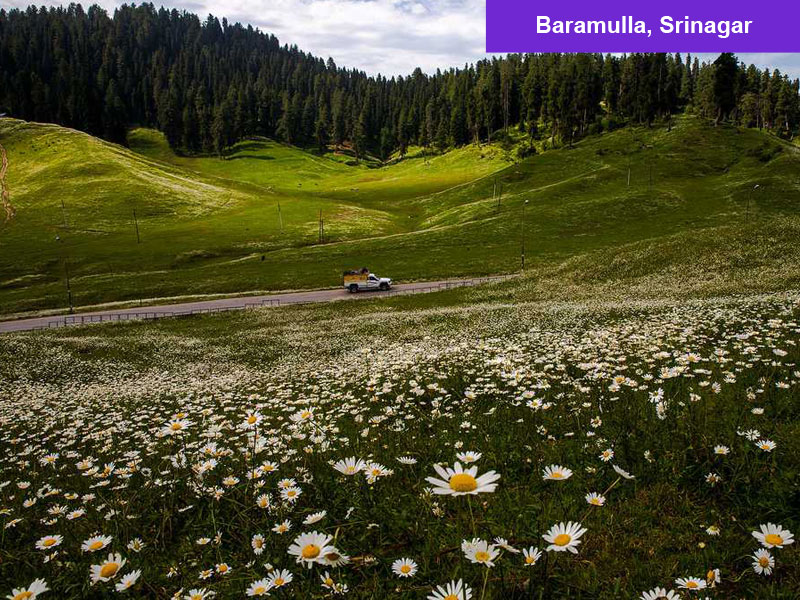 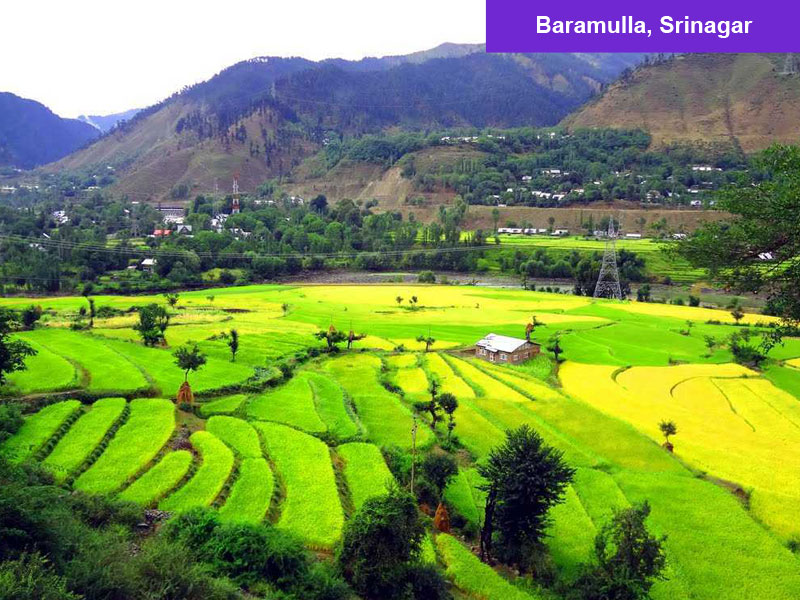 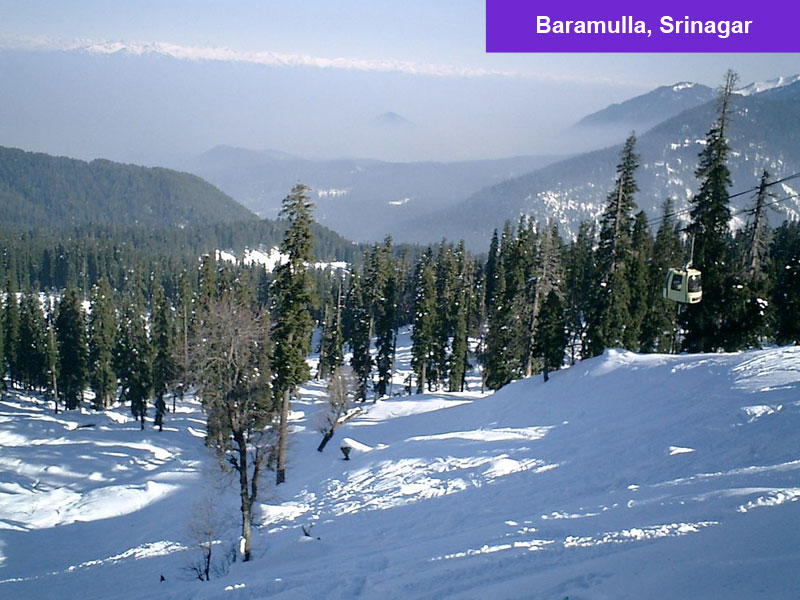 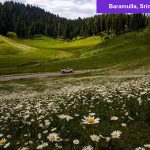 Baramulla in Jammu and Kashmir is a small city that is covered by the majestic Himalayas from all sides. It is replete with natural beauty, which makes it an excellent tourist destination. It is home to the beautiful Jhelum river that flows across it. The city boasts of some fine tourist attractions, such as Gulmarg, Khilanmarg, Wular Lake, and more. Other places to visit include the Buddhist Stupas, and monasteries, temples, and mosques that are of immense religious importance.

The climate of Baramulla is ideal for tourism, and since not numerous sightseers know about this place, it is relatively calmer and less commercialized. Even though Baramulla may not have a lot of offer in terms of shopping, it is a great spot to relax and unwind for travelers traveling to Gulmarg. It has an abundant natural beauty to boast of and has been speculated as one of the most beautiful places in India by researches and scholars. It is an excellent get-away for tourists tired of their monotonous daily routine, writers looking for inspiration, and wanderlusts wanting to sate their soul with natural beauty.

There is something for everyone in Baramulla.

In the literal sense, the word Baramulla is derived from two Sanskrit words. One is Bara which means boar and the other is Mulla which means molar. Legends also suggest that the Kashmir valley was originally known as ‘Satiasaras’. In Sanskrit, Satiasaras means Parvati’s Lake. It is said that the devil Jalodbhava infected the water of the lake, making it harmful for the consumption of the locals. Lord Vishnu, then took the form of a boar and defeated the devil Jalodbhava to remove all the water from the lake. Due to this, the mountain broke and the city of Baramulla was discovered.

Places to Visit in Baramulla

Gulmarg is known as ‘Paradise on Earth’. It is probably the most preferred tourist destination in the valley of Baramulla. People from around the world visit Gulmarg to witness its natural splendor. Translated into English, Gulmarg means the valley of flowers. And, rightly so, it offers exquisite sights to witness and exotic fauna that mesmerizes one and all. Due to its unique landscape, Gulmarg is one of the most preferred sites for trekking too.

The Eco Park is located on an island in the river Jhelum. It is surrounded by the mighty Himalayas, covered in snow during winters. During summers, the mountains are covered in green and offer a beautiful view from the Eco Park. Tourists flock to the park to relax and catch a glimpse of the Himalayas.

The small town of Parihaspora was founded by Lalityaditya Muktapid, who rules Kashmir in the 8th century. If you have an interest in history and architecture, you can visit the Buddhist Stupa and a monastery in the town. There are also ancient Vishnu sanctuaries, Raj Bhawan and a Chaitya made from huge single stones that were found during excavations.

Baramulla also houses a popular Muslim shrine known as the Ziarat of Baba Reshi. The shrine is dedicated to Baba Payam-Din, who was a popular saint there. It is said that the saint spent his final days praying and meditating at the same place. His grave is covered with a decorated cloth that exhibits extreme craftsmanship. It is believed that if a person offers his prayers and comes to the shrine with a wish, it is fulfilled.

The Wular Lake obtains most of its water from the river Jhelum. It is the second biggest freshwater lake in Asia and covers a length of 24 kms and breath of 10 kms. A small island named Zaina Lank rests in the middle of Wular Lake. Tourists visit the Wular lake to watch the sunset. It is also a popular boating point.

Khilanmarg is a great place to relax and unwind which is why it serves as a great picnic spot for both the locals of the area and tourists who arrive only to spend a few days. Take a stroll down the beautiful meadow of colorful flowers for an enchanting experience. Tourists also visit the Khilanmarg because it allows them to see the majestic Himalayan mountain ranges and beautiful Kashmir valleys easily. Besides, there are plenty of other tourists attractions in Khilanmarg, such as Bandipore, Sopur, Alpatha Lake, and more.

The city of Baramulla was established by Raja Bhimsina in 2306 BC. Since the city is quaintly situated between Muzaffarabad in POK and Rawalpindi in Pakistan, it is geographically situated in the Kashmir Valley and is literally the entrance to it.

Baramulla is the burial place of Syed Janbaz Wali, who visited there with his companions and devotees in 1421 AD. Such was the charm of the place, that he decided to make it the center of his mission. The city is therefore considered a religious place for Muslims. Since the 15th century. Every year, several Muslim tourists from India and abroad flock to Baramulla to pay their homage. Not just Muslims, it gets tourists of all religions. In the year 1894, Shri Hargobind, the sixth Sikh Guru visited Baramulla. Since then it has a composite culture where individuals of all religions live in harmony and bond together really well.

Baramulla has received many other famous individuals. Chinese traveler to India Heiun T’Sang and the British historian Moorcraft too have visited the place. Also, it was the favorite resting spot for Mughals in early times because of its fascinating geography at the mouth of the valley.