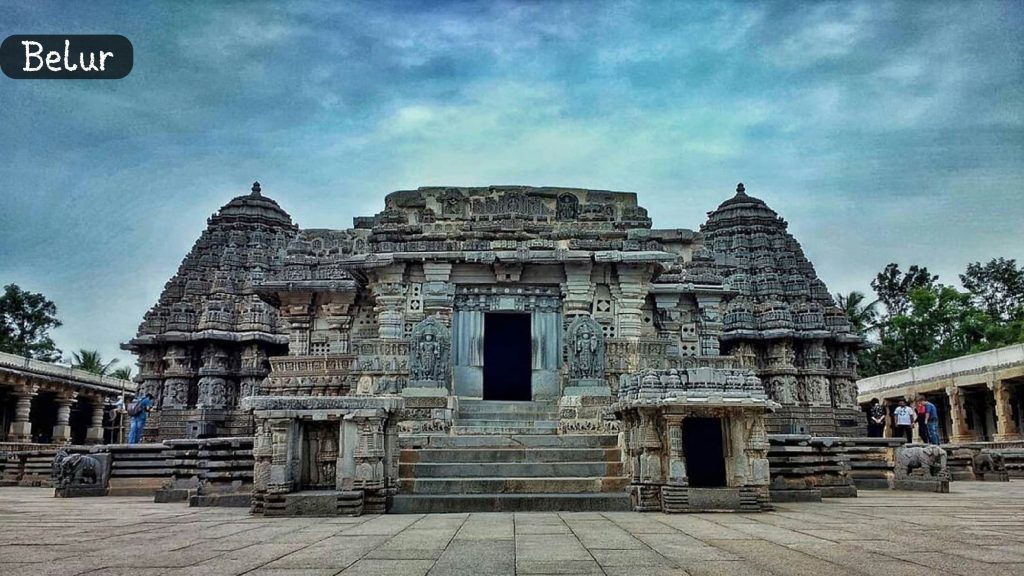 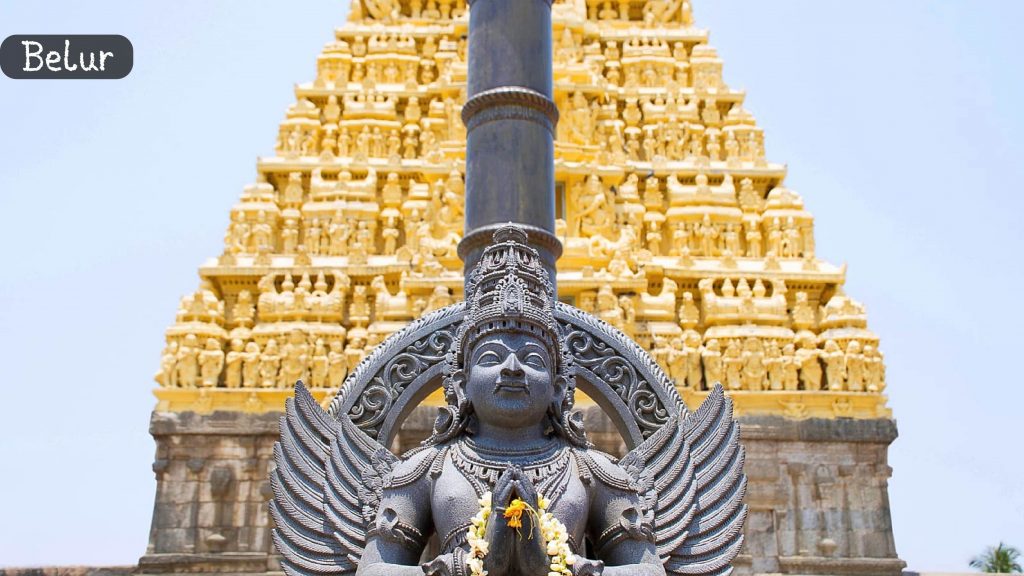 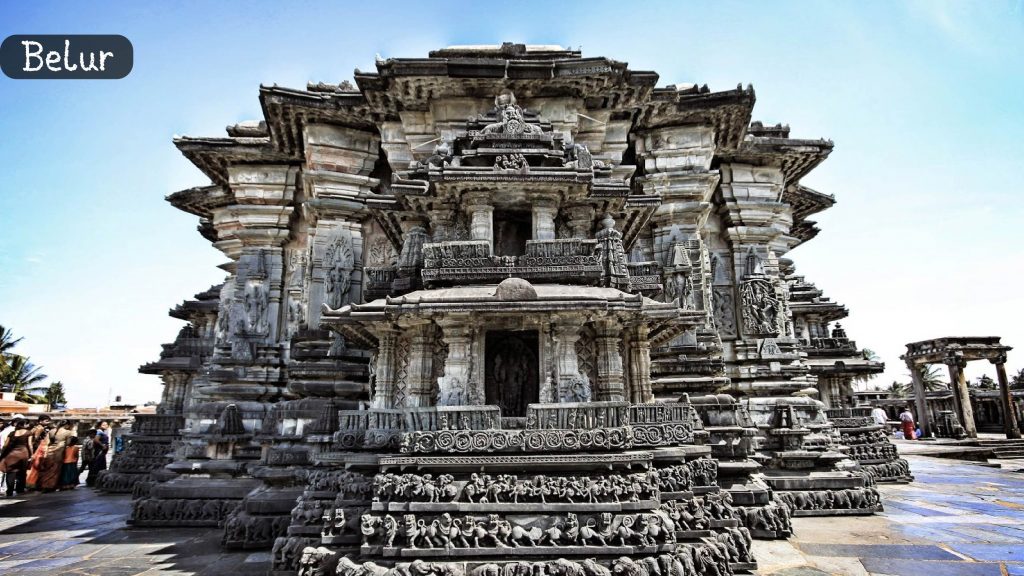 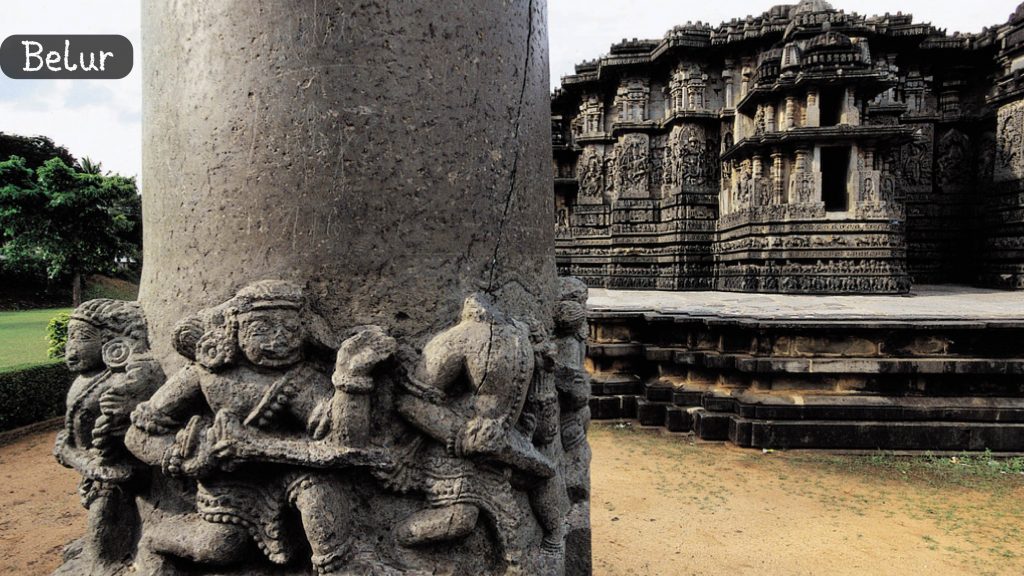 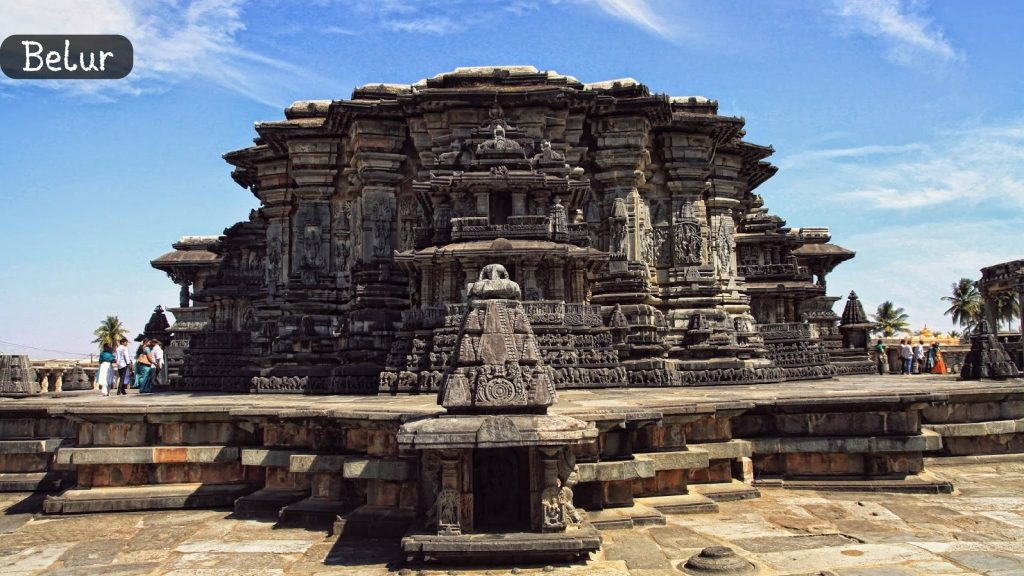 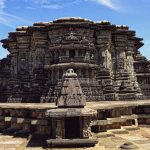 The famous town of Belur is located in the banks of Yagachi river in the Hassan district of Karnataka. It is only 16 km away from Hassan and is popular for housing many temples with absolute artistic wonder. One may get surprised looking at the structure and design of temples. This quaint city used to be the capital city of Hoysala Empire and many tourists get an awestrucking experience looking at the artistic and craftsmanship spirit of those bygone Indians who contributed their time to build such wonders. Two famous temples situated here are Kappe Chennigaraya and Chennakesava Temple which were built according to the dravidian style.

Belur, along with Halebidu, is popularly known as the “jewels of the Indian cultural heritage” due to their rich history and beautiful cultural heritage. The prime attraction of Belur is the Chennakesava Shrine which is dedicated to Lord Vishnu(also known as Chennakesava). According to people, it took near about 103 years to complete this shrine. Situated next to it is another famous temple, Kappe Chennigaray which was built by Shantala Devi, the queen of the king Vishnuvardhana. You can also find two other temples located in the complex. Both of the temples exhibit an intricate art of light green soapstone on their walls. You will be pleased after visiting this place.

Talking about the history, Hoysalas belonged to a tribe living in the vicinity of Western Ghats. They used to work under the Chalukya rulers as the incharge of lands. They were performing great under the leadership of Tinayaditya who became a prominent leader during the time of 1047 to 1078.

Belur was formerly known as Velapuri and along with the famous city of Halebit, it used to be one of the important places during the 12 century under the reign of Hoysala Empire. During the ruling of the king Vishnuvardhana, the capital of Hoysala Empire was shifted to Halebid. But after the attack of Delhi Sultanate, Belur became the second administrative capital of Hoysala Empire. The temple located here was built by the king Vishnuvardhana in 1117 for his remarkable victory over Cholas and it took about 103 years to complete the construction.

Belur is a town of architectural wonder and a place worth visiting for the people who get smitten by the rich history and cultural heritage. You can notice the dravidian style of architecture which is indeed something that needs admiration. One of the best examples of Hoysala architecture is the Chennakesava temple. You can see the intricate art of stone work all around the temple which will tell you how prominent and skillful were those people of India of those bygone era. The wall of the temple is carved and sculpted with many artifacts like birds, elephants, horses, lions and many other animals. Apart from that, you can also see the theme of Hindu mythology from Ramayana and Mahabharata being portrayed in the walls. Lots of usage of ivory and sandalwood can be seen inside the temple. The carving and sculpting is so high standard that it is often compared with temples like Khajuraho. Both Belur and Halebid were the capital of Hoysalas and Shravanabelagola.

Another famous temple,Kappe Chennigaraya temple, built by Shantaladevi is also located in Belur. According to local people, Shantaladevi danced in front of the main shrine when it was being installed and that inspired to carve dancing figures in the temple walls. You can also see two more temples in the temple complex with step well(Pushkarni ).

The details of the package is as follows:-

Departure from Badami House, Bangalore: 06:30 AM

March and April is considered to be the best time to get a tour around Belur due to the perfect weather condition. Utilise the morning and evening time the best way to explore the wonders of this city.

How to Reach Belur