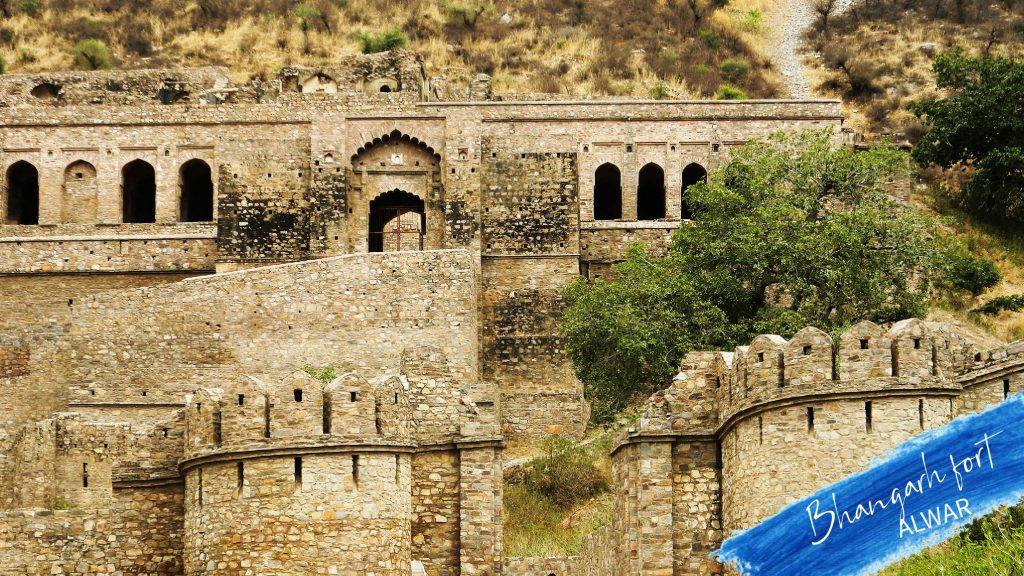 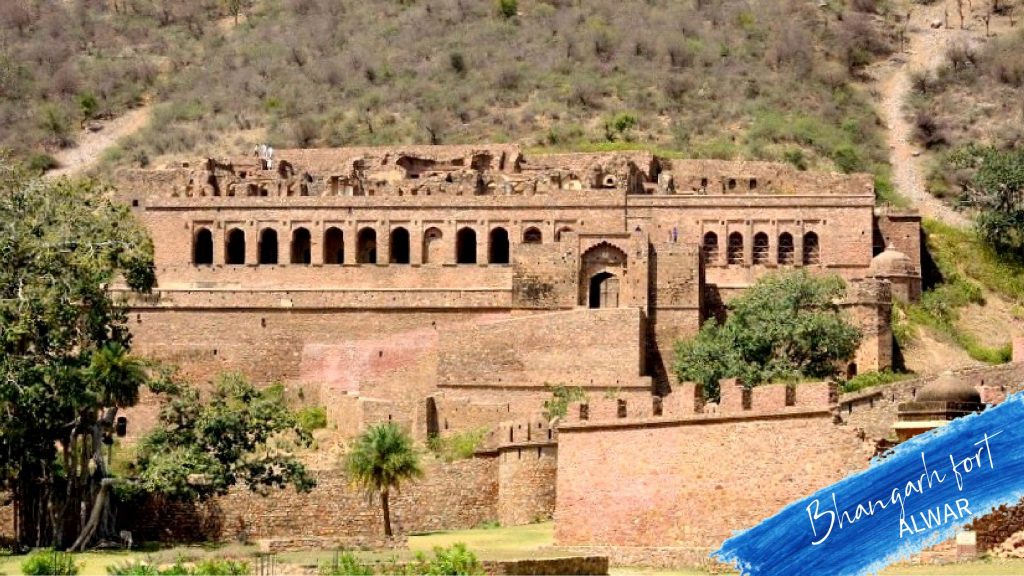 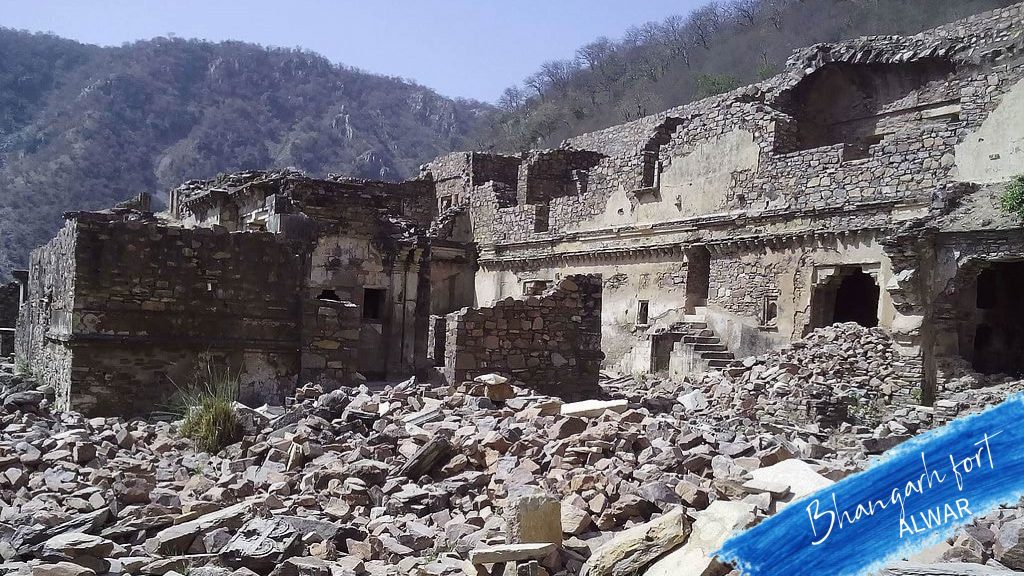 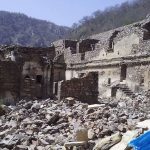 Almost everyone in the county and across the world is aware of Bhangarh Fort. The fort is popular for ghost stories. Yes, you heard it right! It is one of the most haunted places in India situated on the way from Delhi to Jaipur.  You will get goosebumps as you approach the fort.

The Bhangarh Fort, also known as ‘Bhoot Bangla’ in the local language,  is located in the district of Alwar in the Indian state of Rajasthan. It was constructed during the 17th century by Man Singh I for his grandson Madho Singh. Man Singh or Bhan Singh was one of the Navratans of Akbar.

Several temples and Havelis are located within the premises of the fortress. Moreover, there are four gateways in the fort namely Ajmeri Gate, the Delhi Gate, the Lahori Gate, and the Phulbari Gate. There are also quite a few number of Hindu temples beside all the entrances. A royal palace is located at the extreme end of the fort.

The fort is known for strange and paranormal activities, hence nobody is allowed to enter the fort after sunset and before sunrise. There a numerous local stories pertaining to the horror activities that take place inside the fort, however, it up to an individual to believe it or not. It is said that the ghosts wander in Bhangarh Fort at night and various unfamiliar noises are heard. Furthermore, it is believed that anyone who enters the fort at night does not return in the morning.

There are two interesting legends behind the mystery of Bhangarh Fort. As per the first story, there used to be a hermit named Baba Balanath who lived in the area of the fort. He demanded that no house should be built in the close proximity of his adobe. However, the prince mocked the sage and constructed a palace that overshadowed the house of Baba Balanath. Out of anger, the sage cursed the entire town resulting in the mass death of its residents.

Another story is a sort of love story. It is said that Singhiya who was tantric used to snare Princess of Bhangarh with black magic.  Consequently, the tantric was sentenced to death and the wizard cursed the town.

How to Reach Bhangarh fort

If you are a daunting and fearless person, you should visit the mysterious Bhangarh Fort. Bhangarh is a village situated in the Alwar District of Rajasthan and is located on the way between Jaipur and Delhi. The nearest railway station to Bhangarh is the D

ausa railway station which is around 22 km away from the town. The closest airport is Santander airport in Jaipur, situated at a distance of 56 km from Bhangarh. You can also access bus services from several nearby towns to reach Bhangarh.