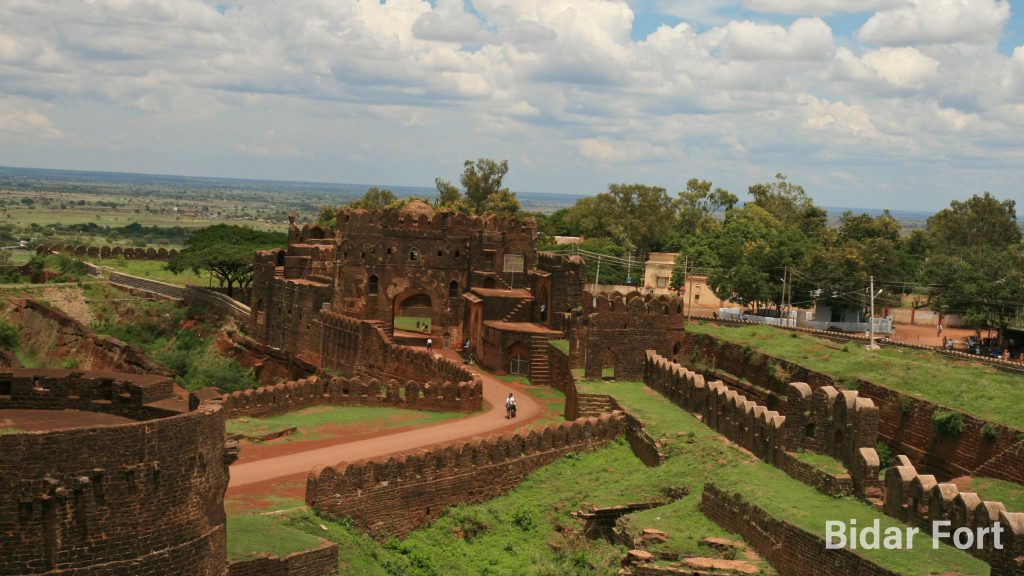 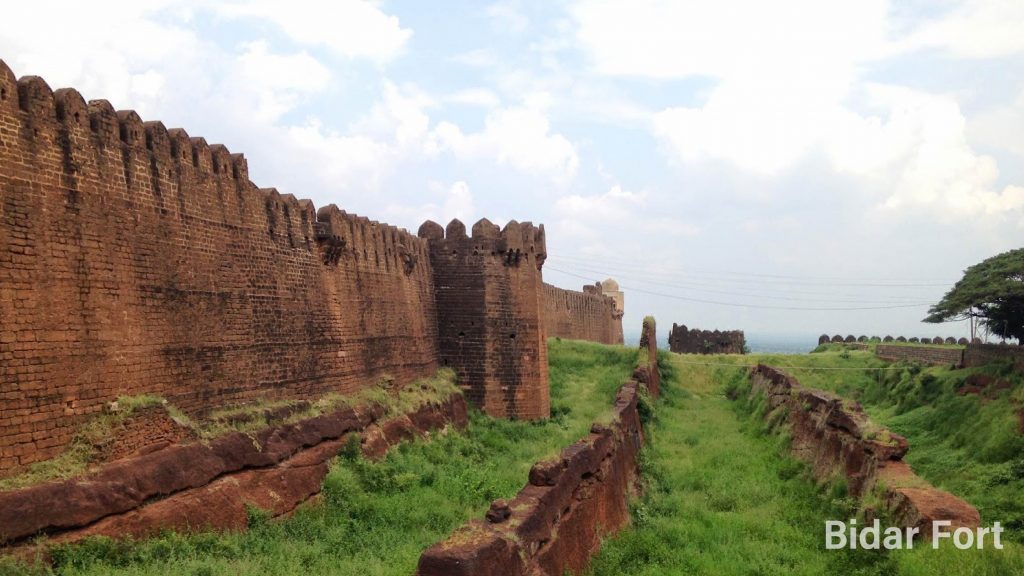 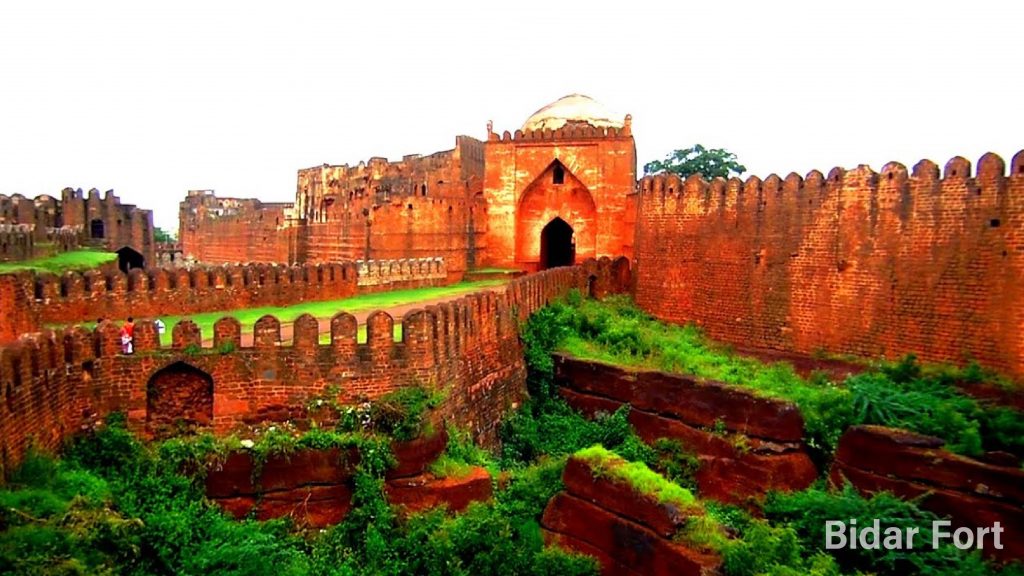 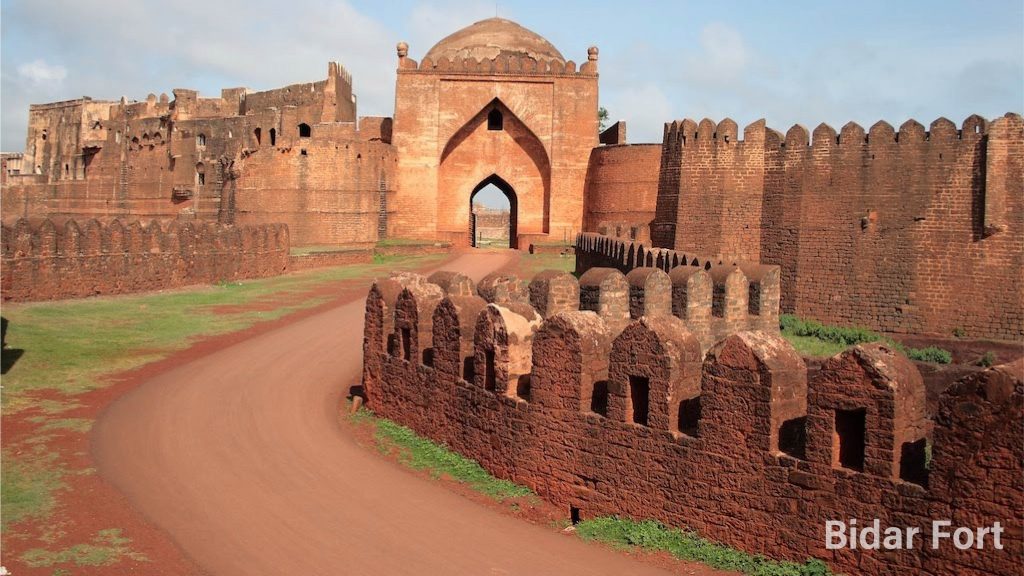 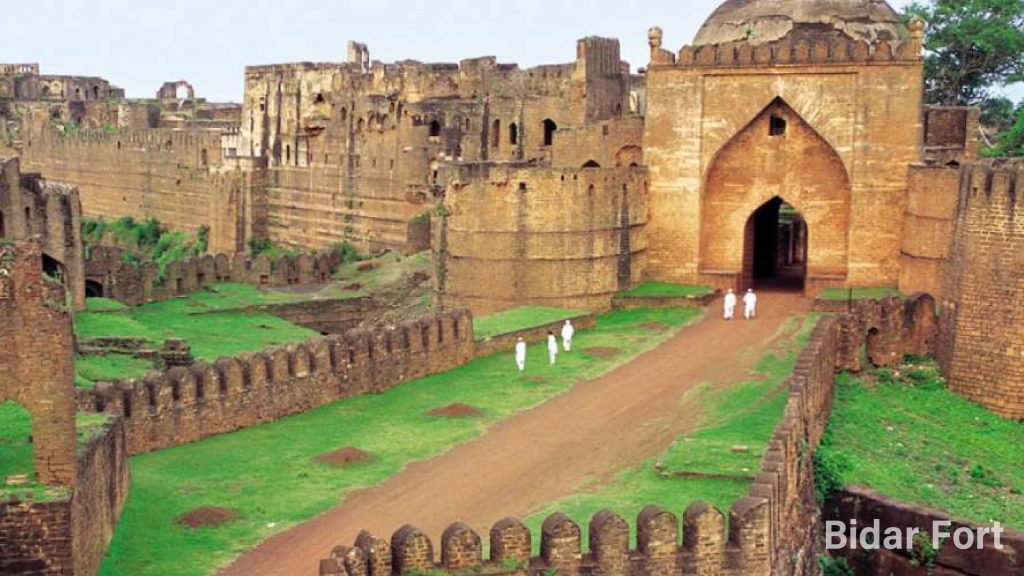 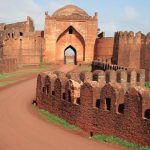 The Bidar Fort is situated in Bidar, Karnataka. It is a work of great architecture and is an important monument in the history of Karnataka. The fort is a symbol of the glorious and magnificent history of the state. One of the most popular tourist attractions, the fort is an absolute favourite with historians and archaeologists. The place has various museums, brilliant royalpalaces,fortifications, moating and daunting bastions. The fort reminds one of the splendid and remarkable past of the South Indian rulers of the Deccan. There is no entry fee for the fort, and there are no restrictions on photography. One can take photos and capture the beauty of fort of Bidar.

There is an interesting history behind the magnificentBidar Fort. Though one cannot surely say when this fort emerged some believe it to be the house of the uncle of the Pandavas, Viduraccording toMahabharat. The city flourished under the rule of the Bahmani dynasty,being their capital city. The fort has witnessed the change of many rulers of different dynasties of South India each affecting the culture, traditions and architecture of the city. Satvahanas,Chalukyas, Rashtrakutas, Kakatiyas and Yadavas are some of the major dynasties of the south that ruled the fort. After that, the fort came under the rule of the Sultanates, Mughals and Nizams. Since then the fort has been restored and developed many times.

The architecture of Bidar Fort

The fort is deeply inspired by Islamic and Persian architecture. When the fort was restored by Ahmad Shah, he constructed a royal complex inside the walls of the fort. The fort was built with a stunning defense strategy. With a triple-layeredmoat,glacis and strong red laterite stone wall, the fort was able to resist the attack of the Mughals during the period of Aurangzeb till fire rockets were used.

Equipped with 37 octagonal bastionswith cannons made of metals welded together the fort is well prepared to attack the rivals. Munda Burj is the biggest bastion among all of them. The ManduDarwaza is the first gateway to the fort out of the seven grand, arched gateways. Then comes the SharzaDarwazawhich has lions engraved on it. It is a symbol of power. The GumbadDarwaza follows next and is one of the most beautiful sights with spectacular architecture influenced by traditional Persian architecture. The Bidar Fort is a symbol of the rule of the great Indian Rulers and the effect it had on the city.

Ahmad Shah rebuilt the throne room also called the Takht Mahal which has witnessed the rise and fall of the Bahmani and Barid Shahi rulers.

The Bidar fort has a magnificent history. Some of it might even be lost. According to data, the initial history dates back to the period of Delhi Sultanate. In the 14th century, the fort was under the rule of Muhammad bin Tughlaq. The Bahmani Sultanate was formed in 1347 when a governor named Hassan Gangu rebelled against the ruling king and formed a different dynasty. Bidar became more developed and prospered under the rule of the Bahmani Sultanate. Hassan Gangu changed his name to Ala-ud-din BahamanShah, and a new lineage was started. Initially, the capital city was Gulbarga but in 1429 was changed to Bidar under the rule of Sultan Ahmad Shah I. The fort was renovated and restored with new fortifications, bastions, ramparts, huge gates, royal palaces, grand pavilions, and mosques.

The fort has seen the rise and fall of many dynasties. The Bahmani dynasty fell apart, and the fort was seized by Barid Shahi and later by Adil Shahi. In 1657 Aurangzeb later captured the fort. In the 18th century, it was under the rule of Nizam for some time but was soon taken over by the Britishers. In the present times, it is a part of Karnataka.

How to Reach Bidar Fort

Buses, trains and flights are available to reach the Bidar city. Inside the city, you can travel through autos, cabs or even horse carts to reach the fort.