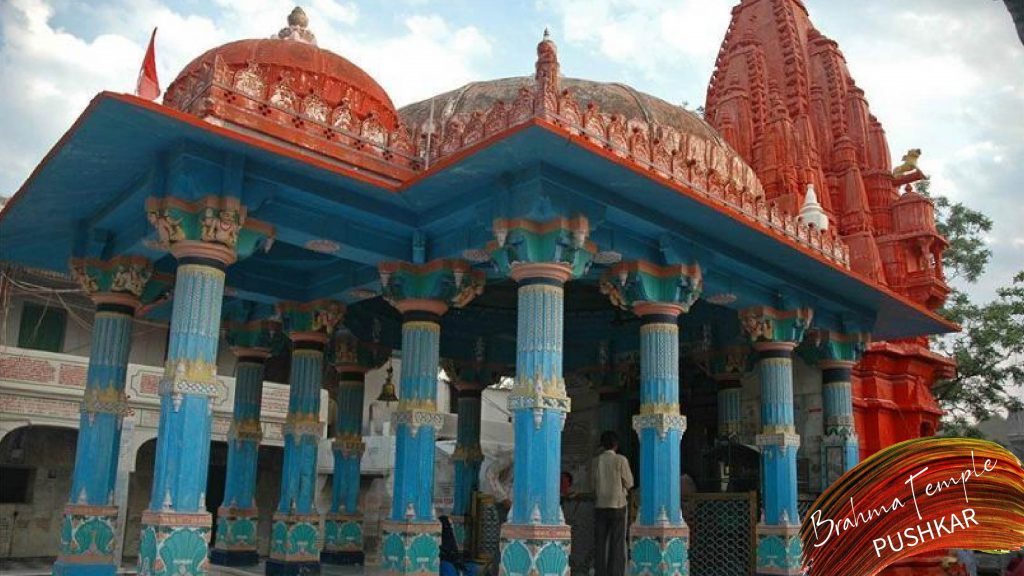 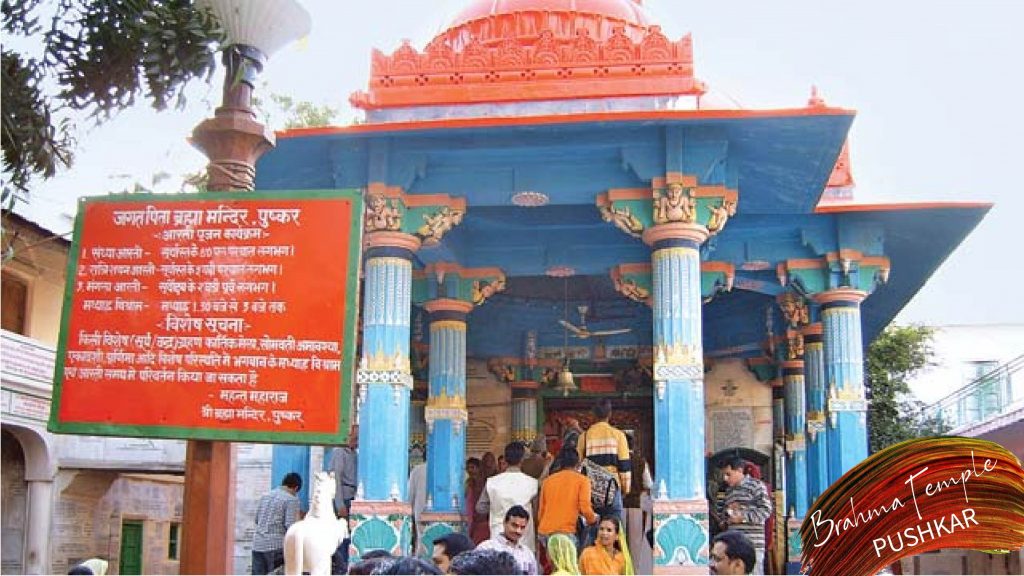 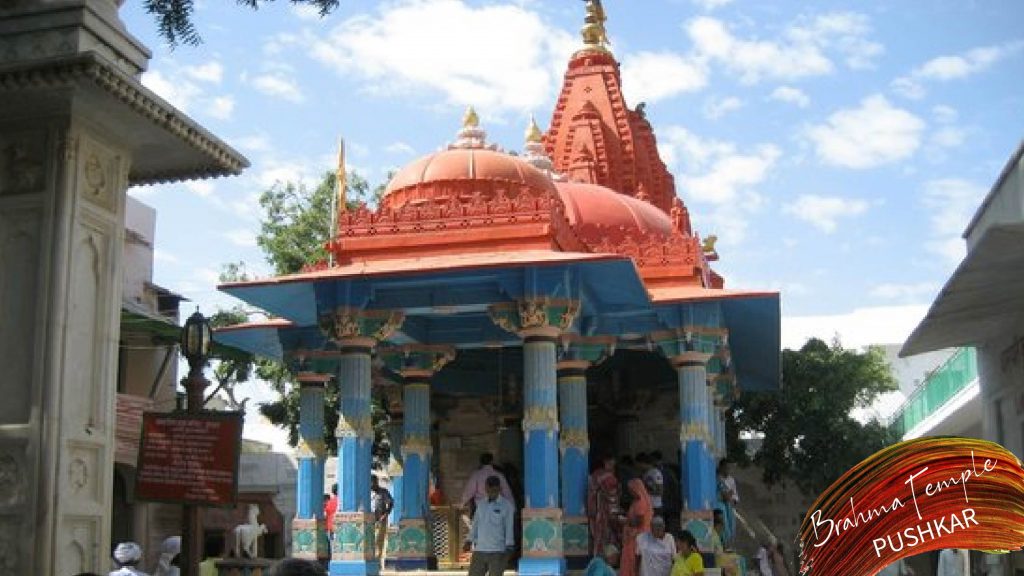 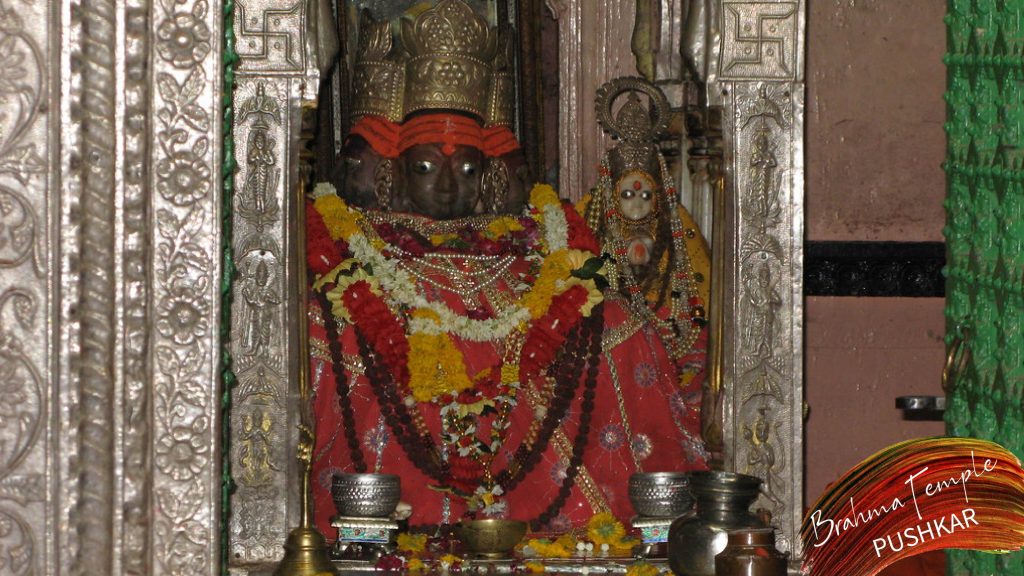 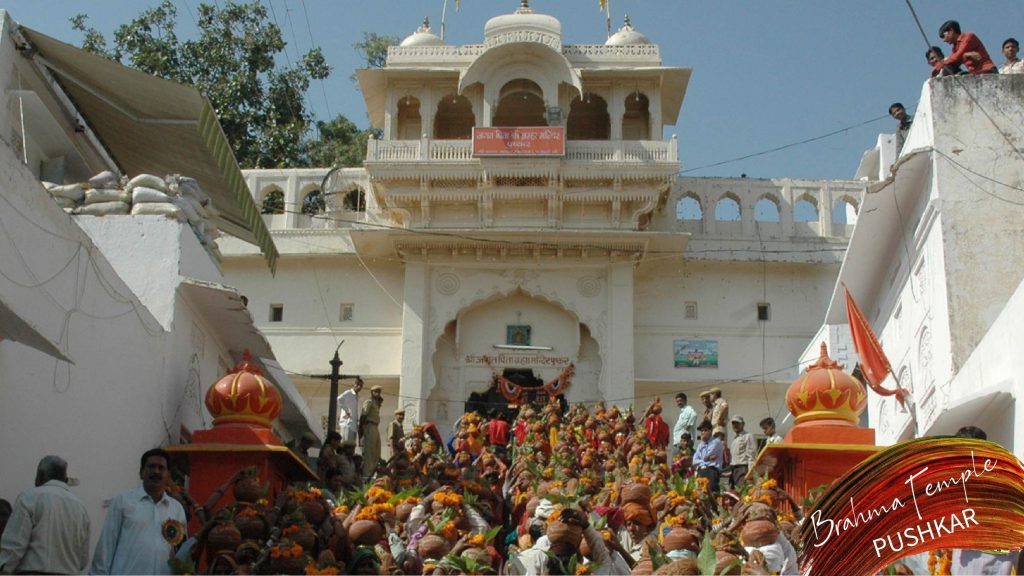 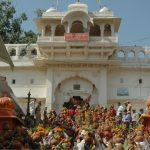 The Brahma Temple, formally known as Jagatpita Brahma temple, located in Rajasthan’s Pushkar city, is one of the most famed temples for Hindus that is devoted to Lord Brahma, revered as the Universe’s creator. As the oldest temple in India devoted to Lord Brahma, and once considered to be the only one, the Brahma temple in Pushkar draws thousands of pilgrims each year. The presence of the Brahma Temple has led to Pushkar town itself being considered as holy. The Brahma Temple is one of the 5 sacred pilgrimages in India for Hindus and one of the top 10 religious places in the world overall.

The Brahma temple is thought to have been built initially by the venerated sage Vishwamitra, however, the temple went through multiple renovations at the time of Adi Shankara and the latest traces of reconstruction can be linked to the 14th century. The Brahma temple is built out of marble and huge slabs of stone, housing the likenesses of Lord Brahma and his wives Savitri and Gayatri. It is believed that Lord Brahma himself decided on Pushkar to perform his Yagya, and so the town is sacred.

Legends Behind The Brahma Temple

According to legends, Lord Brahma desired to perform a Yagya serenely and without any demons interrupting and so was looking for a peaceful location. The lotus flower from his hand dropped over the land that is now Pushkar, and he decided the Yagya would be performed there. Lord Brahma began the Yagya but his wife Savitri could not reach in time consequently he got married to a girl named Gayatri from a community of Gurjars and completed the Yagya along with her. Savitri discovered that Lord Brahma had married another woman, and infuriated she cursed him and foretold that there would be no worshipping of Lord Brahma at anyplace except in Pushkar.

The Lord Brahma Temple has been built on top of an elevated platform with marble steps connecting the interiors of the temple. Above the entryway, there is a likeness of Lord Brahma’s Vahan or vehicle, the Hans. The gate leads to the central hall or Mandapa of the temple, where the deity is seated in the Garbhagriha.

An exquisite turtle has been formed out of marble facing the Garbhagriha of the temple. The floor is also made of marble with black/white tiles covered by silver coins numbering in the hundreds that have been offered to the deity by the devotees. The temple walls feature beautiful images of Goddess Saraswati and peacocks. Within the temple, there is a silver-coloured door that connects to a path leading to a temple dedicated to Lord Shiva in a small cave.

The idol of the Hindu god Brahma is also referred to as chaumurti because Lord Brahma is shown as having 4 heads. Shown to be seated in a cross-legged pose, the idol has 4 faces and 4 hands looking in each of the 4 directions. Arms of Lord Brahma hold a Raksha mala (rosary), representing time, a Pustaka (book), symbolizing knowledge, grass, representing the sacrifices required for survival and a kamandalu (water pot) symbolizing the waters that the universe dawned from. On the right of Lord Brahma sits his wife Savitri, and on his left side sits his other wife Gayatri.

There are firm religious directives for the priests of the Brahma Temple, and accordingly, all the offerings made by any devotee are taken only by priests from the central hall. The rules include barring married men from entering the Grabhagriha and only ascetic priests being allowed to perform the pujas.

Among the few festivals celebrated at the Brahma Temple, the most auspicious occasion is considered to be Kartik Poornima. Generally falling between the months of October and November, Kartik Poornima is celebrated on the night of the full moon falling in the Kartik month, as per the Hindu lunar calendar. Among the most religious festivals of India, Pushkar Fair is organized on the Kartik Poornima and offers an amazing experience for visitors as the otherwise quiet town becomes bustling with excitement and events. During the 5-day festival, pilgrims take dips in the sacred Pushkar Lake and visit the Brahma Temple where special pujas and rites take place.

Best Time To Visit Brahma Temple A most suitable time for visiting the Brahma Temple is from the month of October to March, as the winters offer pleasant weather. The summers, on the other hand, can become sweltering hot. Also, in the winter you can visit the famous Pushkar Fair that takes place on the occasion of Kartik Poornima in October or November.