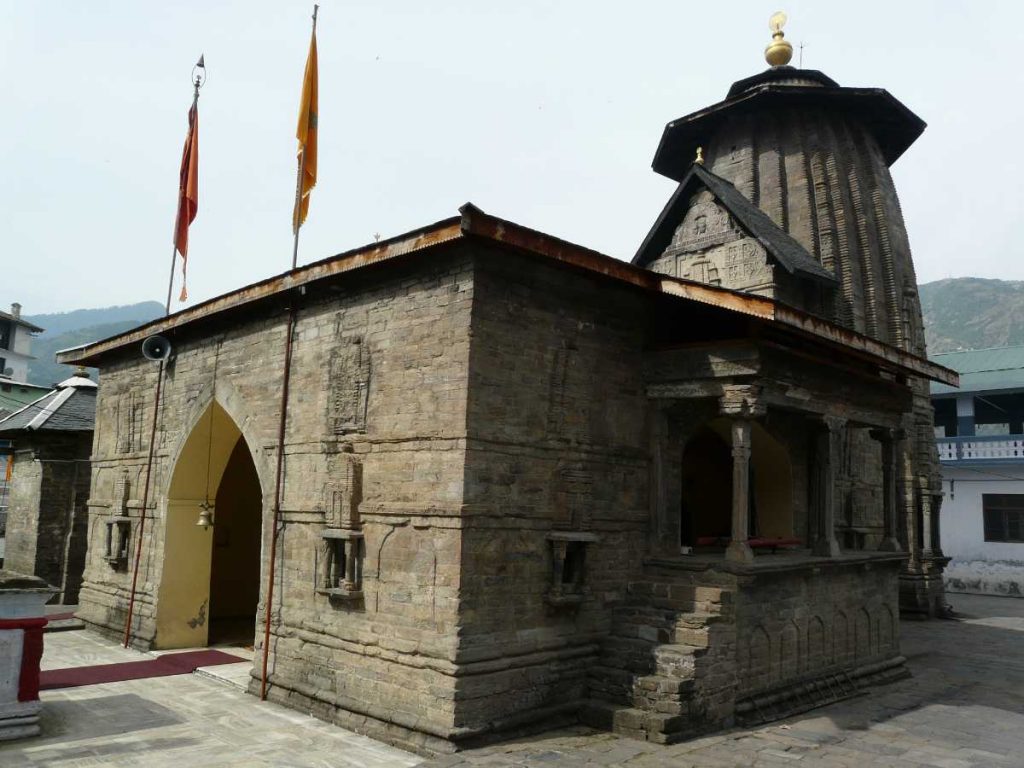 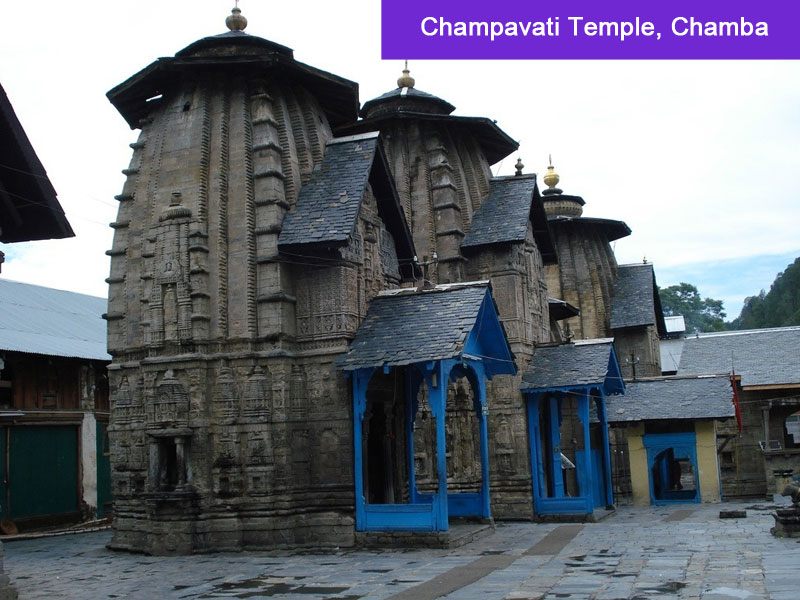 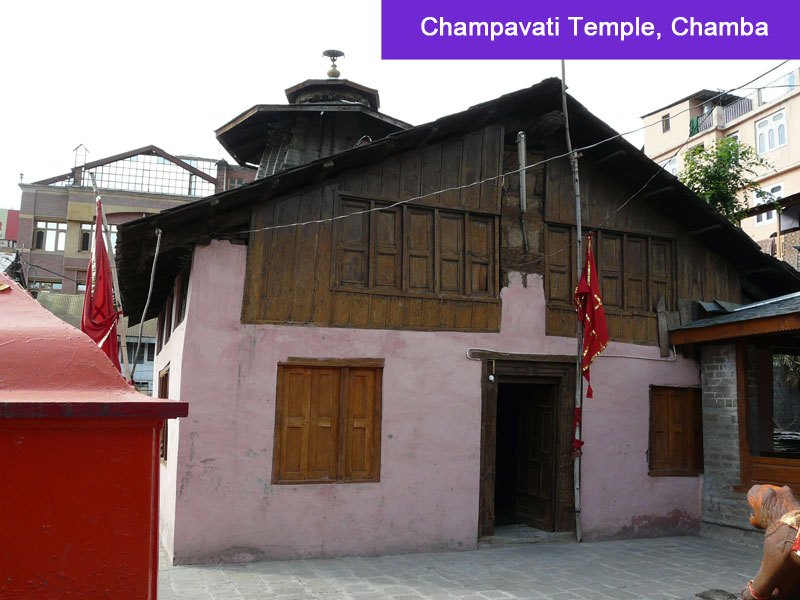 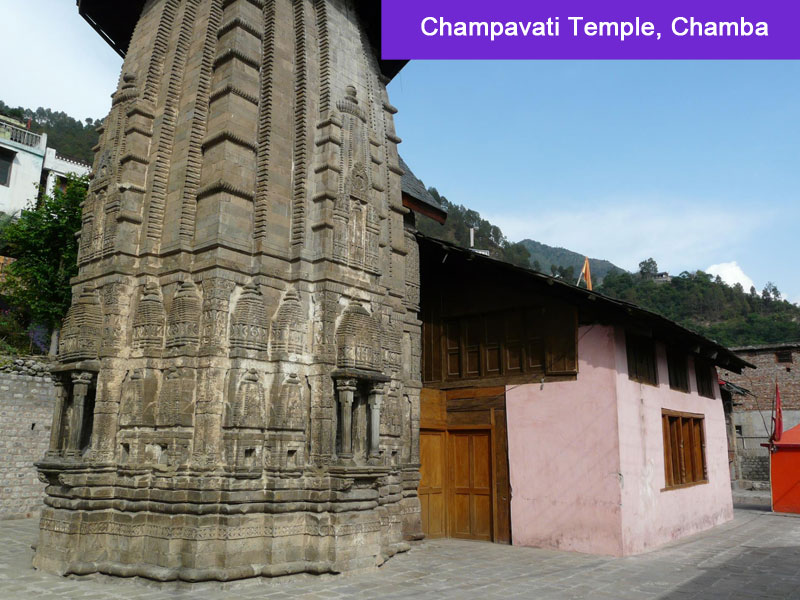 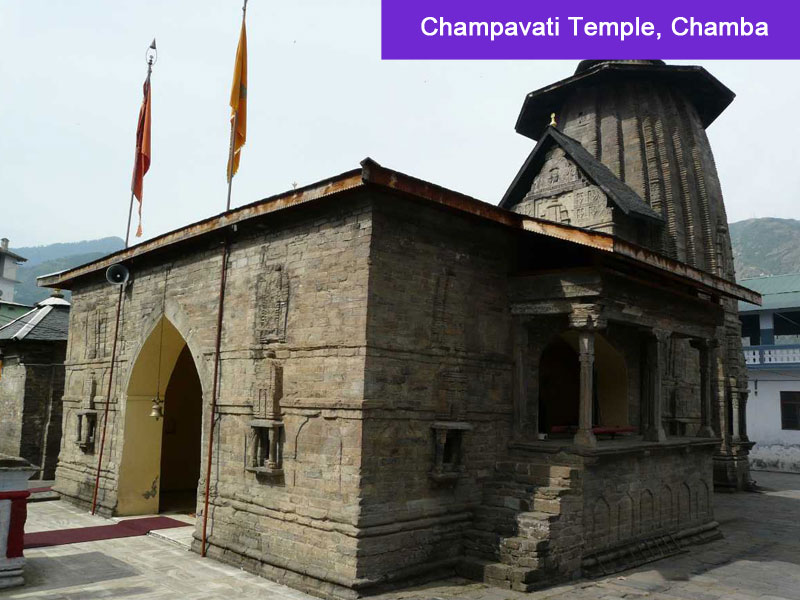 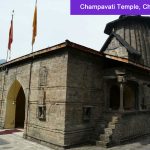 Champavati temple was built by Raja Sahil Varman in the name of his daughter Champavati. This is a much popular Hindu pilgrimage, visited by all the tourists all day long. The temple is established at the center of the city, near the Police Post and Treasury building. The architecture is inspired by the Nepali architectural style, named Shikara. It has mesmerizing designs carved on rocks and also a magnificent wheel is placed on the rooftop of this temple. Huge sculptures can be seen in this temple and the walls are all carved beautifully. All these designs and architectures make the temple unique and worth visiting.

Champavati temple worships an incarnation of Goddess Durga in the form of Goddess Mahisasurmardini. There are also shrines of Wazir and Vasuki Naga. The elegance and beauty of the Champavati temple are usually compared with the Laxmi Narayan temple. This temple is maintained and managed by the Archaeological Survey of India. It holds a great historical and religious value and has become the most visited pilgrimage destination for Hindus.

The etymology of Champavati Temple

It is said that Champavati, the daughter of Raja Varman used to visit many temples and ashrams daily. She was a very devoted religious person. The king became suspicious of her activities. One day he decided to follow her. He was carrying a dagger in his coat. On reaching the ashram, the raja found none. When he was returning, he heard a Godly voice, who told him that her daughter paid the price of his actions. They have taken her daughter away, she will never return. The voice also told him to make a temple there to avoid further calamities. That is why the Champavati temple was made in the memory of Raja Varma’s daughter.

How to reach Champavati Temple

Chamba is well connected to nearby towns. One can avail buses, taxies, autos or local rickshaws to reach there. Though it is a small town, the town is situated at the heart of the city so people can come easily by any of the mentioned transports.