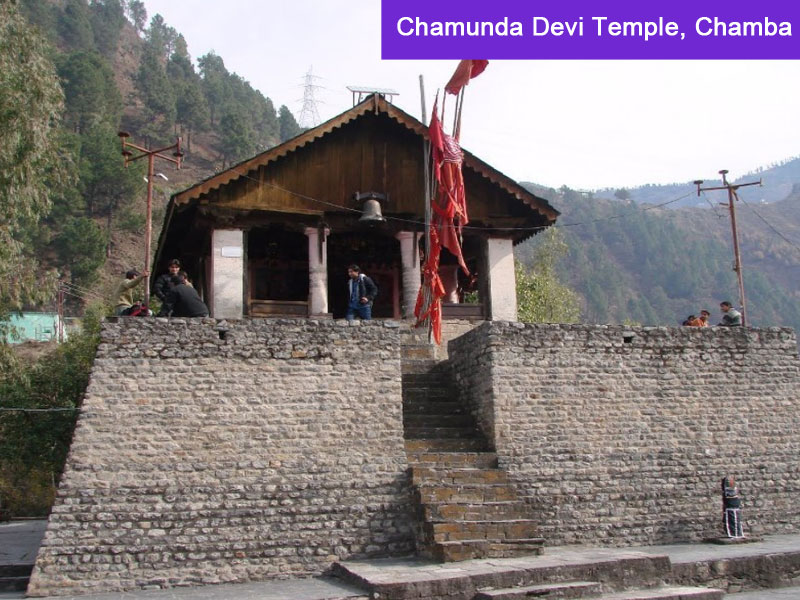 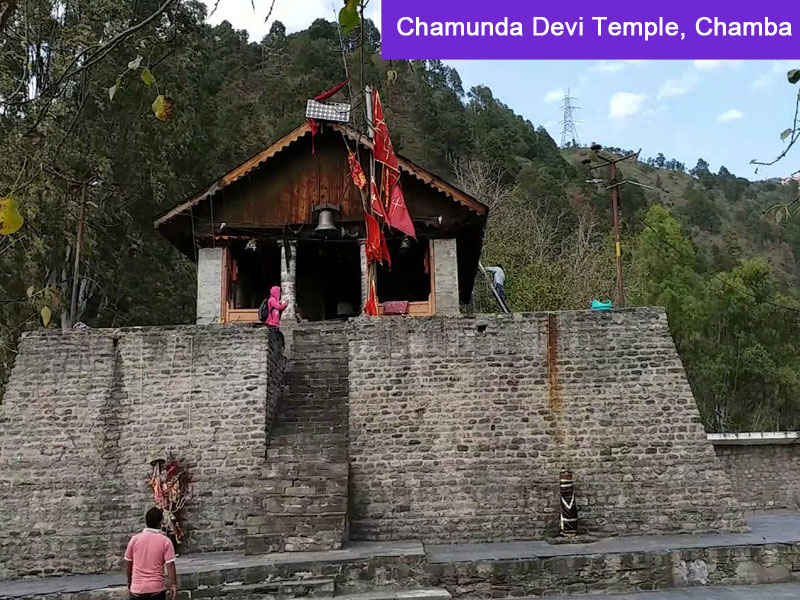 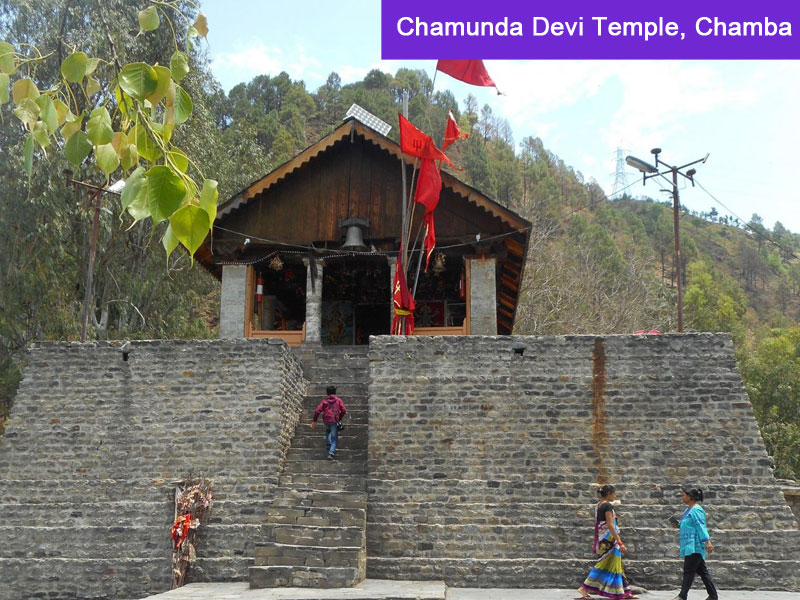 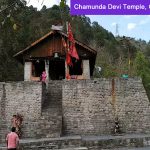 It was in 1762 that Raja Umed Singh built Chamunda Devi temple. It is on the top of Shah Madar Range. A mesmerizing sight of the small town Chamba can be seen from the temple. The place of worship is finished using the wood and the roofs of the temple are made of the gable. It is situated amidst the jungle of Lahar and Pathiar. This temple worships the Goddess Kali. Kali is worshipped in the name of Goddess of War as well. Chamunda is another incarnation of Goddess Kali. Chamunda Devi temple is made on the banks of river Baner. People used to reach this temple by crossing 400 steps on stony path cut-outs. But it was very risky. Now people can visit this temple from Chamba by crossing a 3 kilometes long road. The temple is like a cave that signifies Lord Shiva’s presence and it also has a phallus-shaped stone at the rear of this temple to signal the territory.

This temple is more popular in the name of Chamunda Nandikeshwar Dham. The Chamunda temple is made for the gods Shakti and Shiva. Lord Bhairav and Hanuman are guarding the temple at the 1st gate. The temple is decorated with beautiful wall carvings, amazing architectural designs, and enchanting designs. The interiors have chisels on silver sheets. The temple has beautiful floral adornment and idols. In its backdrop, one can see the beautiful Himalayas. There is also a handicraft store that sells beautiful souvenirs. Visitors usually take those back home as a memory of their visit. Navratri is celebrated here in a grand way. The temple becomes most visited by people during Navratri. Pilgrims from different states visit here to honor the Goddess Chamunda.

The etymology of Chamunda Devi Temple

If truth be told, a long time ago it was the Goddess Ambika who was meditating on the peak of a hill. She was disturbed during her meditation by two devils. She became so angry that she emerged as Goddess Kali, wearing a tiger skin with a wreath made of dead human skulls. She destroyed both the devils. Goddess Ambika decided a holy place to be formed at that spot in the name of Goddess Chandika and Goddess Kali will be worshipped there.

When to plan for Chamunda Devi Temple

The best time of visiting this temple will be in the months of March to May. As mentioned before Navratri is hugely celebrated in this temple. Visitors can take pleasure in the celebration enthusiastically and will be able to witness all the rituals that are performed in the temple. The weather also becomes comfortable and soothing.

Chamba Devi temple is situated at the top of the hill. Cabs, buses, and autos are well connected to Chamba but they only can take one to the foot of the hill. Next, people have to trek to the peak of the hill to visit the temple. Or else one can rent a cab and take the tangible road to the temple.