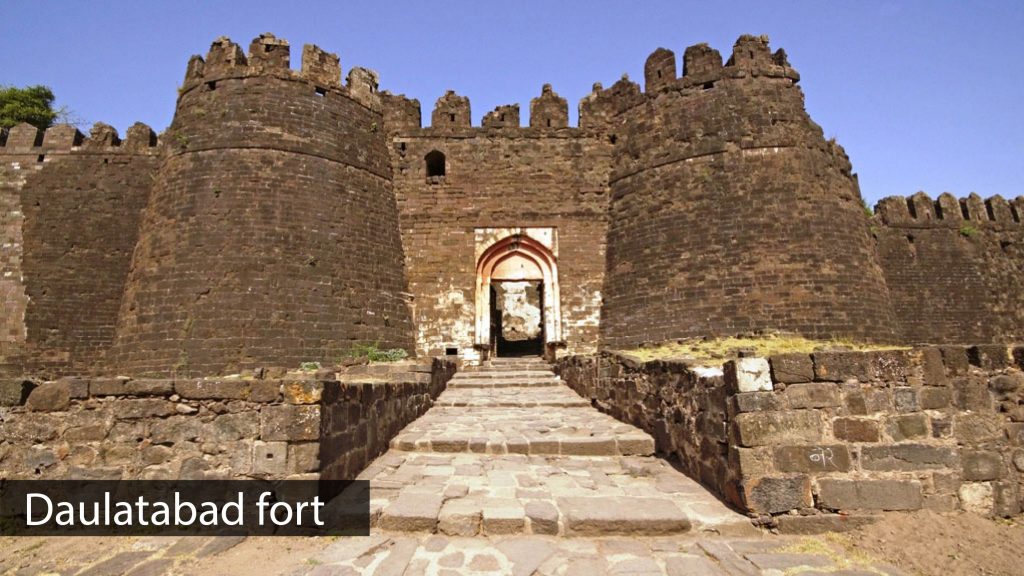 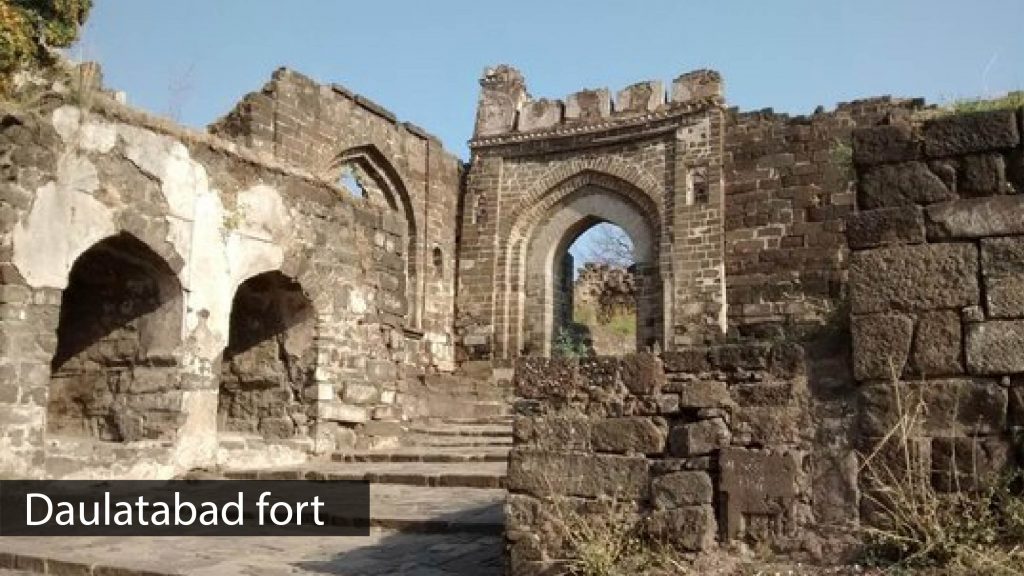 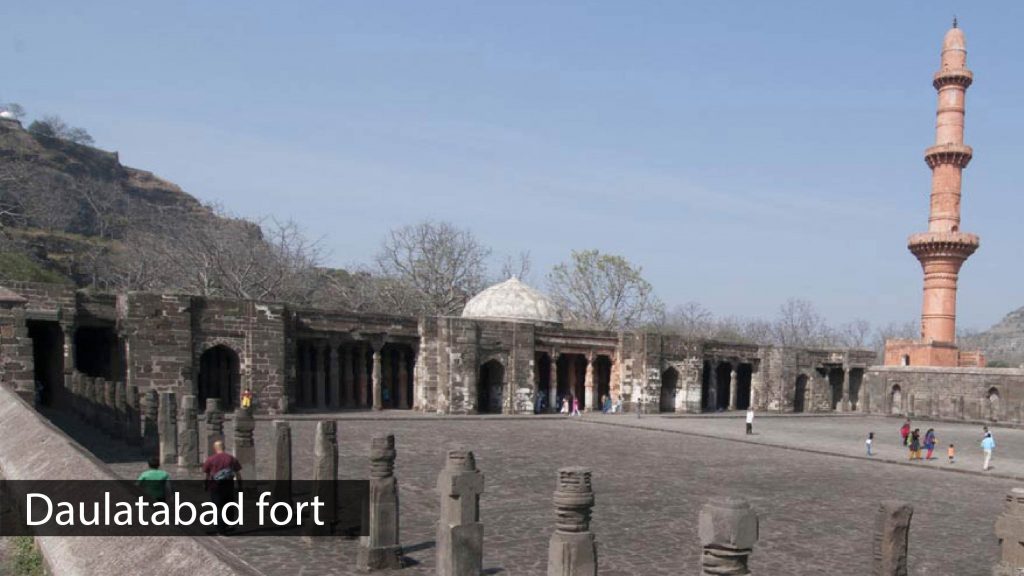 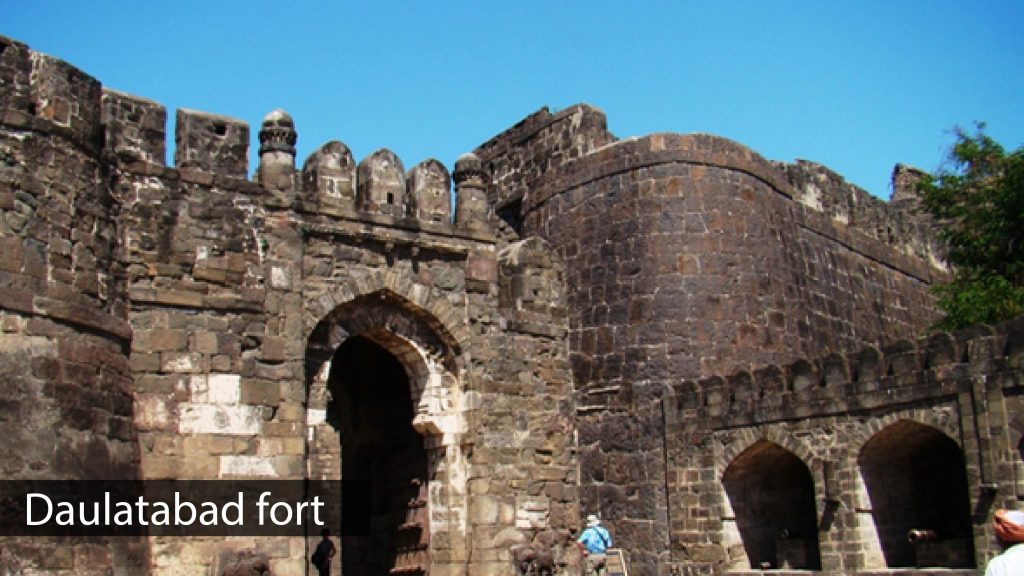 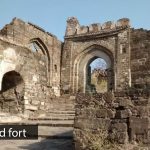 The majestic Daulatabad Fort, popularly known as Devgiri Fort, is situated 15 km away from Aurangabad city in Maharashtra. The fortress dates back to the 12th century and is regarded as one of the seven wonders in the state of Maharashtra.  The most fascinating aspect of this fort is its location. Nestled amidst the lush greenery, this fort boasts of marvellous architecture and the view of the city from the top is simply breathtaking. You will have to climb 750 stairs to reach the top of the fort, however, the view is worth the efforts involved in the trek.

This architectural marvel is one of the most daunting and renowned forts of medieval times. It is positioned on a hill at an elevation of about 200 meters and therefore, had strategic importance in the past while tackling the attacks of the enemies.

The fort is known for its sturdiness and impeccable security that was provided to its residents against the invaders. Moreover, there is also an efficient water and drainage system within the fortress. You will be mesmerised by the view of the fort situated between the verdant greenery of Aurangabad and it is a must-visit place for those who are curious about history and are a nature lover.

The Daulatabad Fort is named after the town of Daulatabad. The town was known as Devgiri until it was conquered by the Tughlaq dynasty. Devgiri means the ‘hill of gods’ and the town was established in 1187 by Raja Bhillamraj Yadav who was the ruler of Yadava dynasty.

In 1327, Devgiri was annexed by Mohammad Bin Tughlaq who was the ruler of Tughlaq dynasty of Delhi and its name was changed to Daulatabad. By 1328, the kingdom of Devgiri was completely under the control of Delhi Sultanate and it was established as the capital of Tughlaq dynasty. After the capital was transferred to Daulatabad, a huge chunk of the population moved to the new town from Delhi, however, within two years the capital was shifted back to Delhi because of lack of water supply in the region.

During the construction of the Devgiri Fort, much emphasis was paid to its defence and security. It is situated on a conical hill and there is a moat on the lower part of the fort which used to be filled with water and crocodiles. Moreover, the fort also comprises of several bastions that added to the defence of the fort.

The fort was further strengthened after it was annexed by Tughlaq dynasty. Several canons were installed and a massive wall of 5 km was constructed to protect the fort from enemies. At the entrance of the fort, many mazes and puzzles are built which in turn protected the fort from the entry of strangers. A 30 metre tall Chand Minar was also built inside the fort during the rule of Tughlaq dynasty.

The single gateway of the fort served both as the entry and exit. The intention behind building such a doorway was to trap the enemies who trespassed within the fort premises. The doorway of the Daulatabad Fort also comprises of spikes which provided safety to the fort from the intoxicated elephants that were used to break open the gates.

Various tricks were adopted to confuse the enemies and eventually trap and kill them. Moreover, the flag mast is placed on the left-hand side which in-turn confused the enemies looking for the exit. When enemies attacked the fort and tried to exit, they were unable to do so because they were misled by the incorrect placement of the flag mast. Various tricks and arrangements were used to confuse the enemies including fake doorways, serpentine arrangements of entryways and labyrinth of mazes.

The hilly location of the fort added to its strategic advantage. Any attempt made by the mountain lizard climbers to attack the fort from behind was met with failure and they eventually fell into the moat. The wise utilization of resources to trick the enemies indeed exemplified the security and defence of Devgiri Fort.

Trekking to the Top of Daulatabad Fort

In order to reach the top of Daulatabad Fort, you need to climb 750 stairs. This is the most challenging part while exploring the fort and it will take around 2-3 hours to reach the top. The difficulty level of the trek ranges from easy to medium and there are a few dark areas along the trail and hence, do not forget to carry torch lights. However, the view from the top is worth the effort and exhaustion. You will be greeted with a spectacular panoramic view of the city and the lush greenery from the top of the fort. You can feel the cool breeze and the serenity that dominates the region.

1. It is advisable to hire a local guide to learn more about this brilliant historical site.

2. Carry water bottle and eatables as there are very few food stalls near the fort.

3. Wear sturdy footwear and comfortable clothes if you plan to trek to the top of Daulatabad Fort.

How to Reach Daulatabad Fort?