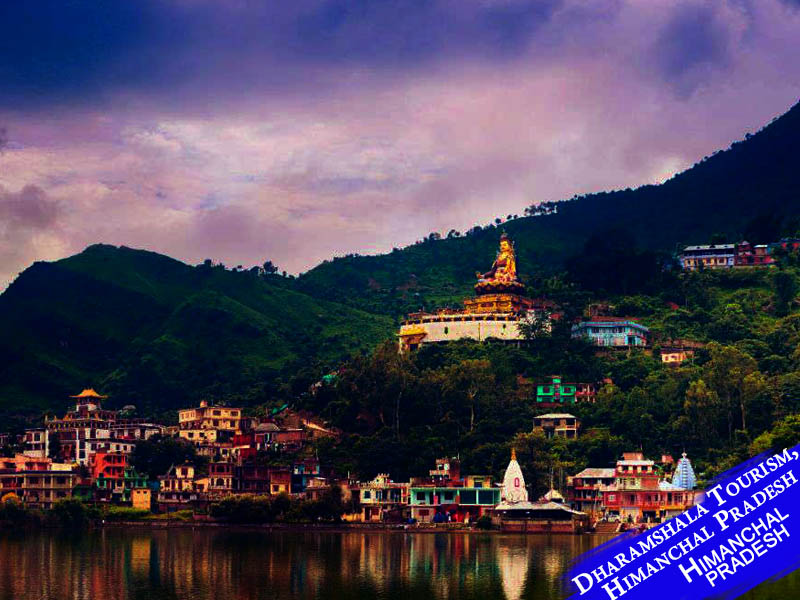 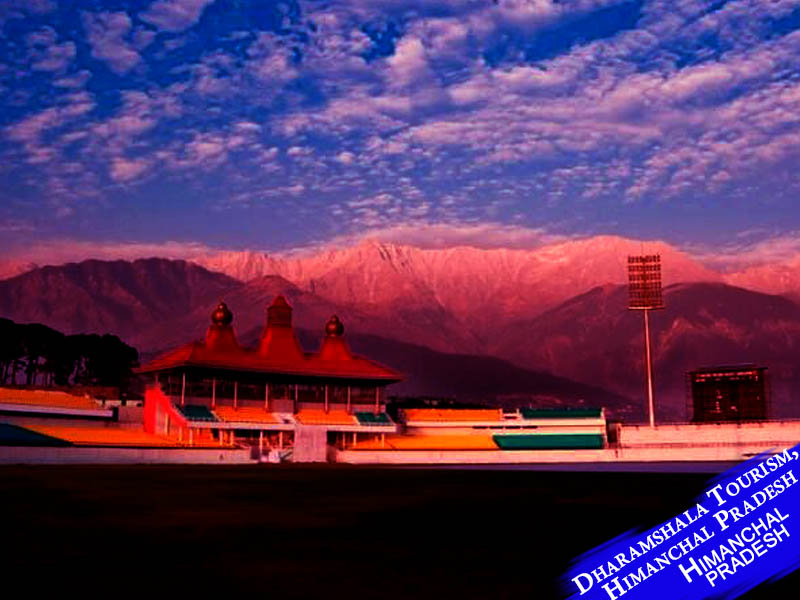 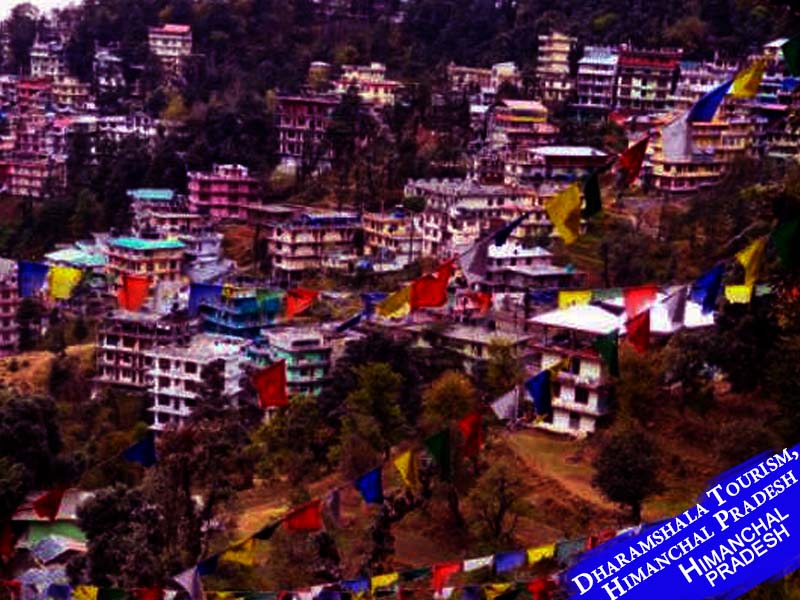 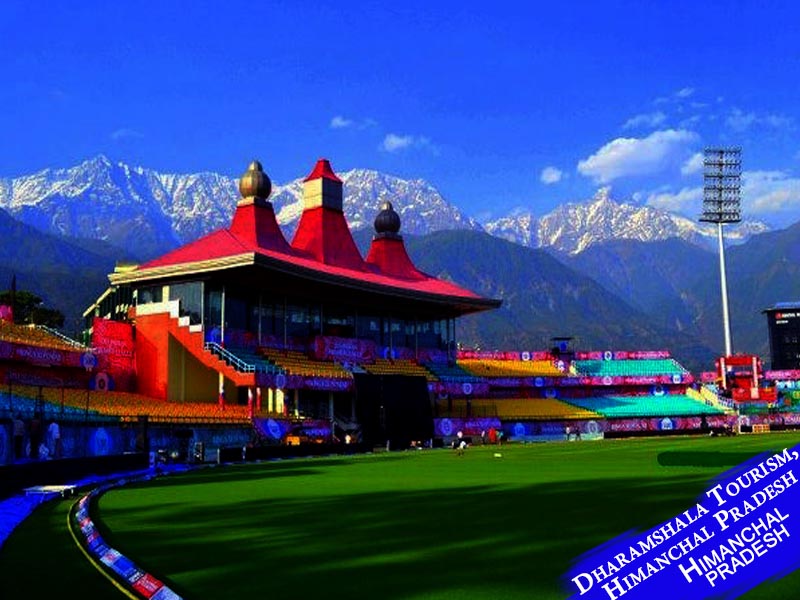 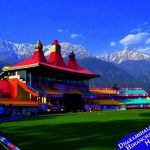 “The Little Lhasa in India”

As the residence of Dalai Lama, Dharamshala is very famous. It also houses the Tibetan monk during his days of exile. It is situated in Kangra district and almost 18 kilometers away from Kangra city. The city has two different altitudes, named as upper and lower divisions. The upper-division is called McLeod Ganj and the lower division is popularly known as the Dharamshala town itself.

Dharamshala is located in the upper hilly areas of Kangra Valley. It has the picturesque views of Dhauladhar ranges as its backdrop. Dharamshala is a Tibetan hub so people can learn best about Tibetan culture and Buddhism from this place. Tibetan culture and history attract many visitors here and it has become one of the most famous tourist spots.

The term Dharamshala has been taken from two Hindi words which are ‘Dharam’ and ‘Shala’. Here, ‘Dharam’ means religion and ‘Shala’ means a dwelling. So it can be roughly translated into a religious or spiritual dwelling. The word ‘Dharam’ holds different meanings for various groups, spiritually as well as culturally. Commonly the term ‘Dharamshala’ means a resting place or resting house for devotees. People say there was actually a resting house for pilgrims in the township and it is from here that Dharamshala derived its name.

The past of Dharamshala

Katoch dynasty reined over Dharamshala for almost two millennia. Later in 1884, it was added as a part by the British Empire. Then Gurkhas came to Dharamshala in the year 1860. Gurkhas were called ‘the bravest of the brave’ and their fate was linked to the fate of this small town. Gurkhas are basically Nepali soldiers and they were hired by the British army to battle in the World Wars. They fought heroically in the war and to honor their bravery a lot of spaces in Dharamshala were named after those Gurkha soldiers like Tirah Lanes, Depot Bazar, etc. Dharamshala became a well-liked hill station for British people working near Delhi and they decided to turn it into their summer capital as well. But in 1905’s earthquake more than 20,000 people died. Due to this devastating situation, Shimla was made the summer capital. After the earthquake, the Gurkhas came up closely to rebuild the town. They immensely contributed in the form of freedom fighters in India’s struggle for Independence. Ram Singh Thakur, who was a Gurkha, was the captain of the Indian National Army. He also composed the popular patriotic song, ‘Kadam Kadam Badhaye Ja’.

Dharamshala offers many locally made unique items to the tourists. For people who love to shop, this place is like a heaven. Kotwali Bazaar and Jogibara Road are the most popular shopping markets in Dharamshala. Both are situated near McLeod Ganj. Nowrojee and Sons, 152 years old shop can be find in McLeod Ganj which sells various antique products like German and British remnants from the time of World War. A great collection of Buddhist and Tibetan artifacts can be found in this bazaar like wall decors, brass artifacts, wall hangings, statues, stone and wooden beads for prayers, etc. Tibetan Handicraft Centre, Divine Buddha Handicrafts, and the Semshook Tibetan Handicrafts are very popular shops in this market selling the best quality items for a reasonable price. A bookstore in the name of Namgyal Bookstore sells a variety of books on Buddhist and Tibetan culture. Rare books on Himalayan history and Himachal Pradesh can be found there.

‘’The Little Lhasa of India’’

Dharamshala is the abode of the leader of Buddhists, Dalai Lama who was deported from Dharamshala and runs the government. These facts are unknown to most of us. This small township situated on the valleys of the Dhauladhar ranges is the best place to know about Tibetan culture. It was with his followers that Dalai Lama arrived in India and settled in this small town. He actually made the town rich in culture and transformed it into little Lhasa. Dharamshala is considered to be a center of peace and meditation. That is why people seeking Nirvana are coming from all over the world to Dharamshala.

Local Food and Dining in Dharamshala

Dharamshala offers many cafes and restaurants serving various kinds of cuisines and dishes. Tibetan cuisine dominates the restaurants because this place has a rich Tibetan history and culture. People must try typical Tibetan dishes like Thukpas and momos. Honey ginger lemon tea is a famous and stimulating drink in Dharamshala. Many cafes can be found serving Sandwiches, Omelets, Pancakes along the English Breakfast. Herbal Tea Shop and The Green Restaurant are one of the reputed establishments. One can find some pubs as well, serving imported alcohol with lip-smacking food and music. Momos are famous here. These are locally known by the name of Tingmo. Among other common food items, one can try Tibetan samosa, known as Baklebs and soup with noodles called Thukpas.

Day 1: One can arrive at Gaggal airport to reach their inn in a rented taxi or cab. After taking some rest in the hotel, visitors can go for sightseeing. The first thing to visit will be the Buddhist Monasteries of Dharamshala. To spend some time in tranquility and peace one can visit the Namgyal Monastery and Tsuglagkhang Monastery near McLeod Ganj.

Day 2: On the next day one can visit the Dharamshala cricket ground. You can take pleasure in the breathtaking view of Dhauladhar ranges. Later one can go to see the Dal Lake. Visitors can also visit Kangra Fort, almost 20 kilometers away from Dharamshala.

Day 3: Visiting the Bhagsunag falls and Bhagsu Nath temple in McLeod Ganj should not be missed. One can opt for the small trek to Triund. It is of two to three hours in McLeod Ganj and then return to their hotel.