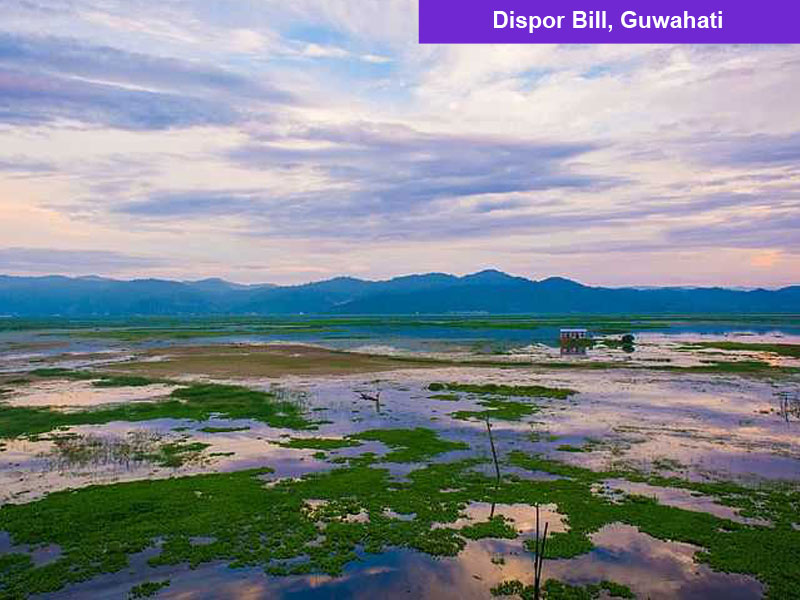 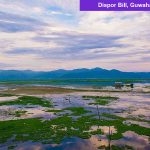 You would find the Dipor Bil which can also be spelt as (Deepor Beel) is not too far from the city,18km  south west side of the Guwahati City  along the kamrup district of Assam.

It is a freshwater lake formed put from one of the old  sources of water flowing in to the Brahmaputra River. The Dipor Bil was declared as a birds abode in the year 1989 owing to its freshwater bio-lifes and natural biotic views.

Having an extension as wide as 40 sq per  kilometer, you did find varieties of bird species in the site hence the reason why tourists visit because it is  blooming in this part of Assam. If u had a clearer view from afar spot you did like what the view looked like seeing a wetland having escalating distance of forest ecosystem.

Over 19000 rare and endangered species of bird cover the sky at this spot regularly.

Dipur Bill was listed in 2002 during the Ramsar Convention as a Ramsar site because of it’s wetland importance and it vitality level, due to the presence of various classes of Flora and fauna’s.

The Birdlife International (IBA) as since declared it as important Bird area. Due to the massive reflection of Ave space culture, the area is preserved with intentions of keeping it environment safe

The historical study guide shows that the lakeside is a comfortable zone for The Tai-Ahoms and the Mughals. The name Dispor Bil was derived from the word “Dipor”. This is a Sanskrit word. When translated in English, it means ‘Elephants’ and ‘Bil’ means ‘wetland’.

The political authority of Meghalaya,  involving the Kampitha  Rambrai Syiemship had control over the site.

Flora and Fauna at Dipor Bil

There are extremely large Flora and fauna in Dipor Bil. You will find Flora’s like the water lilies, aquatic grasses, water hyacinths on the lakeside. Eighteen different types of phytoplanktons had been discovered at the site.

According to researchers you find rare plants like the potamogeton crispus , the Euryale Ferox on the water bodies.

The lake welcomes close to 19000 birds ok a day and also approximately 220 various birds species have marked the territory and migrated into it.

The birds whose life’s are endangered could be as a result of the weather conditions or as food for its prey includes adjutant stork, white bellied eagle Siberian crane and others.

You will find reptile life’s such as lizards , amphibians, turtles,snakes in the water lake varyingly in fewer numbers.

You would find students, photographers, researchers as regular visiting tourists coming on to gather useful Intel for their own usage.

There’s freshwater on the island, over fourteen villages ( over 1000 families) use this source of water and other district in the neighborhood also benefits from the lake source as a means of providing clean and drinkable water.

Also some little Pisces in the lake can enjoy fresh and clean water to survive. This fish are a vital diet of proteinous foods which brings about the commercialized local fish business for the fishermen.

Lake Dipor Bil is the largest size lake found in Brahmaputra plains of the western valley .

The Tourism and Forest Department  are in charge of maintenance of the lake. The fisheries are not left out, it is under the supervision of the fish preservation department as this is a primary delicacy and livelihood of the locals. The bird sanctuary protects the birds and take extreme precautions to preserve the endangered bird species so they don’t go into extinction.

This is why the area of declared as a Ramsar site by the convention center, as an emergency needed to take adequate manage  the wildlife aves. The locals and visitors are prevented from shooting down the birds, hunting the birds for food and mishandling the feeble ones.

Tall towers have been structured just to avoid this bird loss and allow a safe fly through for the birds.

Which time is ideal to visit Dipor Bil

The climate of Dispur is predominantly humid throughout the year. Such a climate is also called the mesothermal climate.

Meanwhile summer can get very hot and counter balanced with humid temperature once in a while..The monsoons  usually have heavy rainfall and swampy fills in between October and March.

How can tourists reach Dipor Bil

The Dipor Bil is found somewhere around the national highway 31(NH31). You will have to travel around 14kms from the city of Guwahati to reach here. It is  preferably nice to hire a taxi to get there.