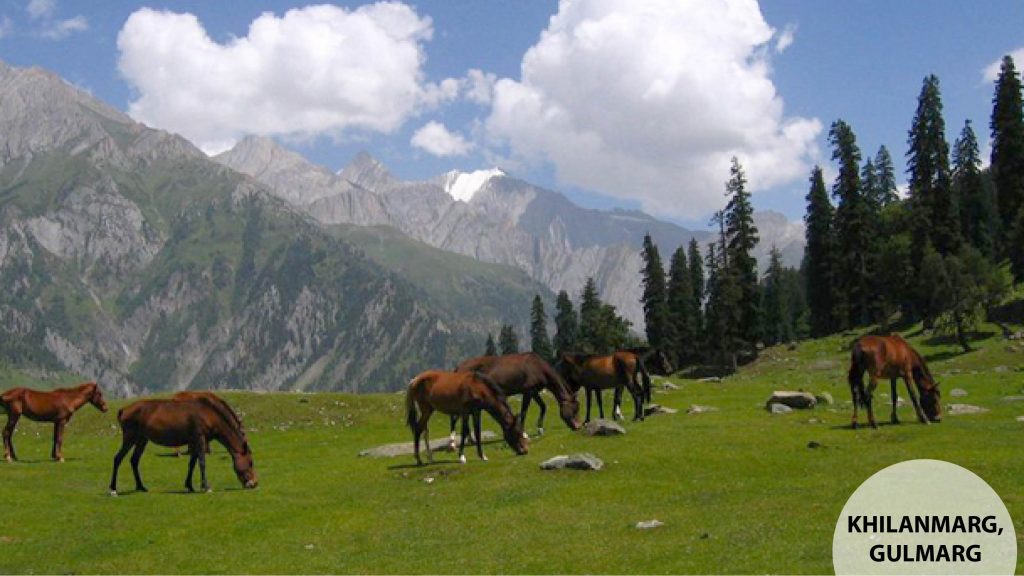 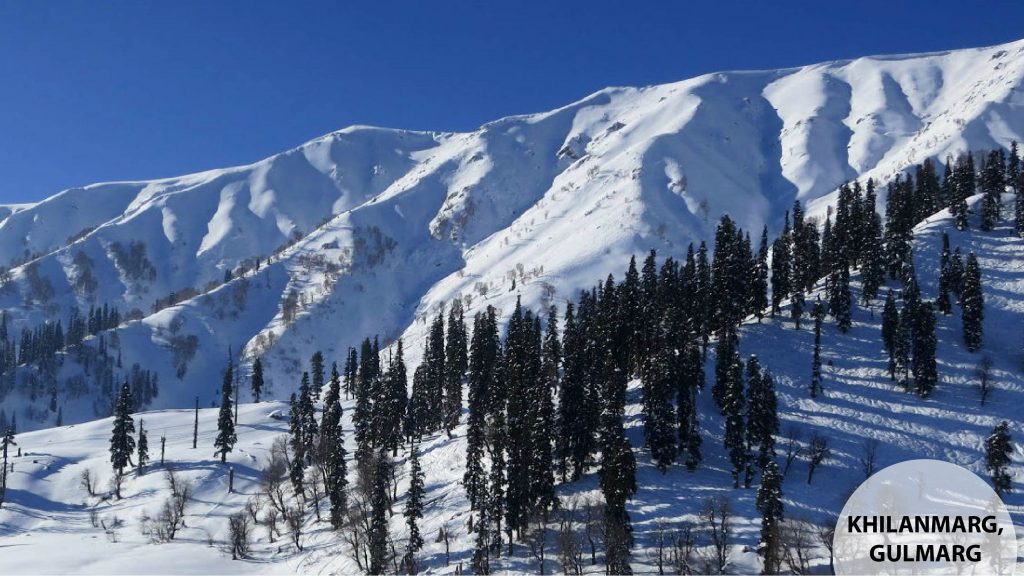 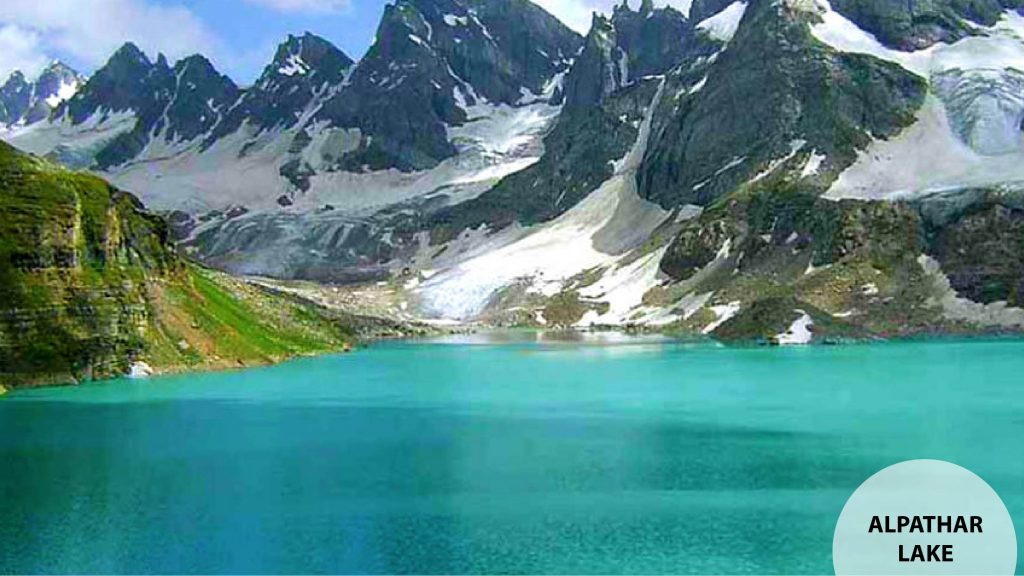 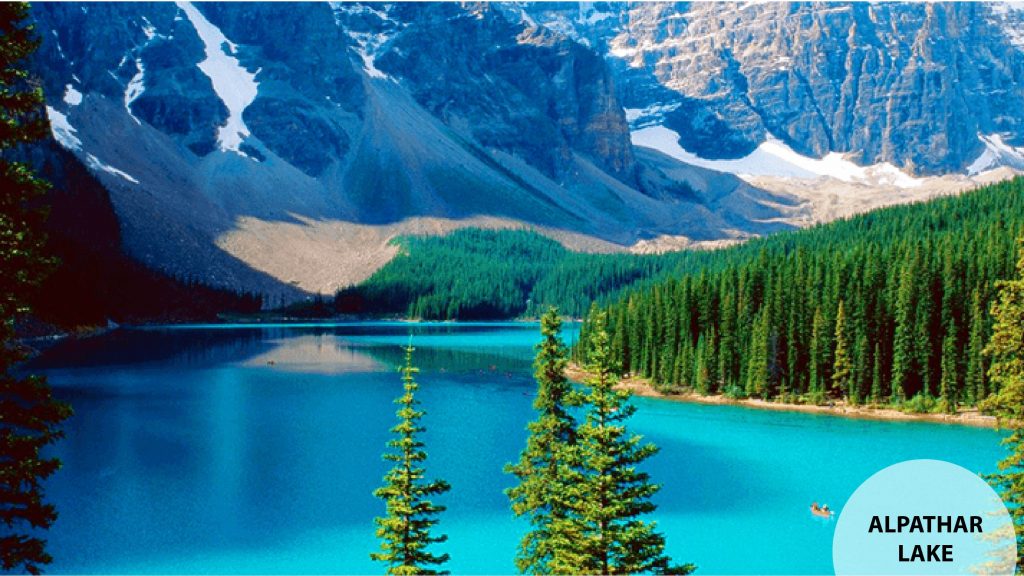 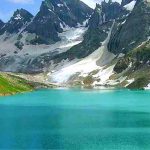 One of the most visited tourist destinations, Gulmarg is worth all its hype. It is situated at an altitude of 2730 m and is completely surrounded by snow-capped mountains giving surreal sightseeing spots and lush green forests to top it all off.

You may have already been to Gulmarg through many Bollywood movies that have been shot here. Owing to its romantification in the movie industry, Gulmarg has also earned the top spot as a honeymoon destination. Despite its fame, Gulmarg still isn’t overcrowded like other hill stations, namely Shimla and Manali. The establishment of Indian Institute of Skiing and Mountaineering has made Gulmarg also the hub of adeventure sports in North India. IISM offers many courses like trekking, mountaineering, skiing, amongst others. Book your courses in advance to avoid overbooking. You can also go with the many private tout operators available in Gulmarg for your trekking, snowboarding and mountaineering courses. With the cable car, Gulmarg added another feather to its cap as the 2nd highest cable car in the world.

With the rich culture and landscapes, comes the rich hostory of Gulmarg. Gulmarg was initially named ‘Gaurimarg’ meaning ‘the fair one’ by the local shephards. But the name was eventually changed to the current, Gulmarg, in the 16th century by Sultan Yusuf Shah. The history of Gulmarg’s rulers goes back to the reign of Emperor Jahangir. He was fascinated by the exquisite beauty of this place. Hence, Gulmarg became a place of summer retreat for the Mughal Kings, owing to the encahnting meadows and valleys. During the colonial rule, ski grounds and resorts were established in Gulmarg by the Britishers. These resorts would see attract most attention during Easter and Christmas. The end of the colonial rule saw Gulmarg becoming a part of the princely independent state of Jammu and Kashmir. And it is in this state that Gulmarg holds the top spot as a tourist destination.

The scenic landscapes and snow-capped mountains make for Gulmarg the perfect ski destionation, attended by tourist from all over the country. It attracts most tourism during winter when the snowfall is at full force. Gulmarg is famous for skiing, trekking, mountaineering and its Gulmarg Gondola, the world’s second highest cable car network. Gulmarg rightfully justifies its name as Heaven on Earth.

While winter grabs the most attention in Gulmarg, summer is not far behind. The valley of Gulmarg does not lose an ounce of beauty as the seasons change. The summer autumn transition sees Gulmarg turn into a vibrant bed of flowers. The valley of flowers, as it is called, provides breathtaking views during autumn.

Restaurants and Local Food in Gulmarg

The famous Gulmarg food choices resonate with those in nearby areas – rogan josh, dum aloo and yakhni. If you go deeper into Gulmarg culture, you can find Qabargaah (fried rack of lamb; also known as ‘Tabakh maaz’ in Kashmiri), Modur Pulaav (a dessert otherwise known as sweet pulao) and Muj Gaad (raddish fish) on the menu.

Day 1: You can arrive in the state from either the Srinagar airport or Jammu railway station. From there, head towards Gulmarg and take the rest of the day off.

Day 2: Enjoy your breakfast before heading out for a local tour. Start with the Gulmarg Biosphere Reserve, a place loved by nature enthusiasts and photographers alike. Then move ahead to the world’s highest golf course, Gulmarg Golf Course.

Day 3: Opt for the Gondola ride to reach atop the Apharwat peak which houses the luxury ski resort. Later, pay your respects at the Maharani Temple and Baba Reshi Shrine before heading back to the hotel.