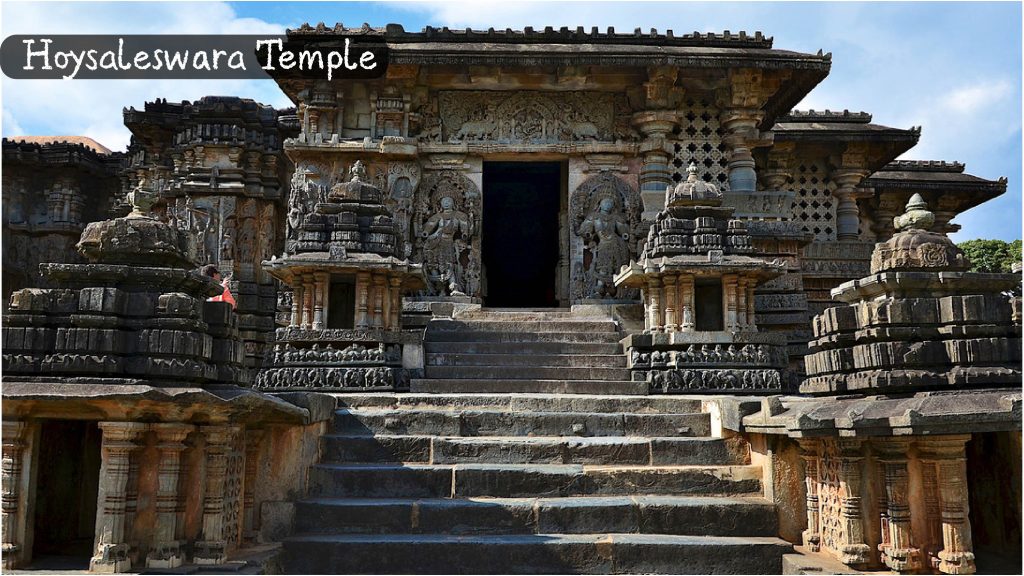 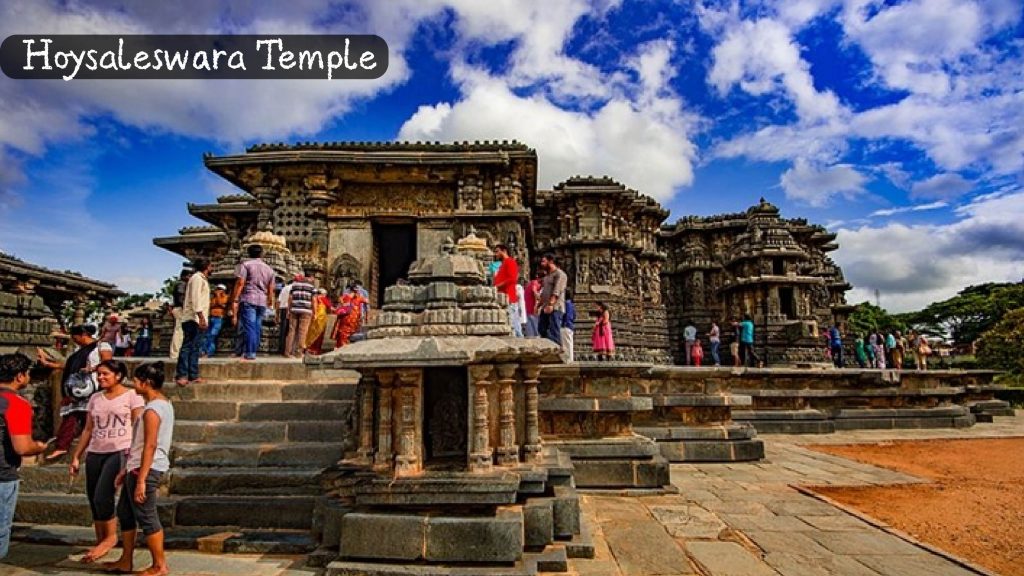 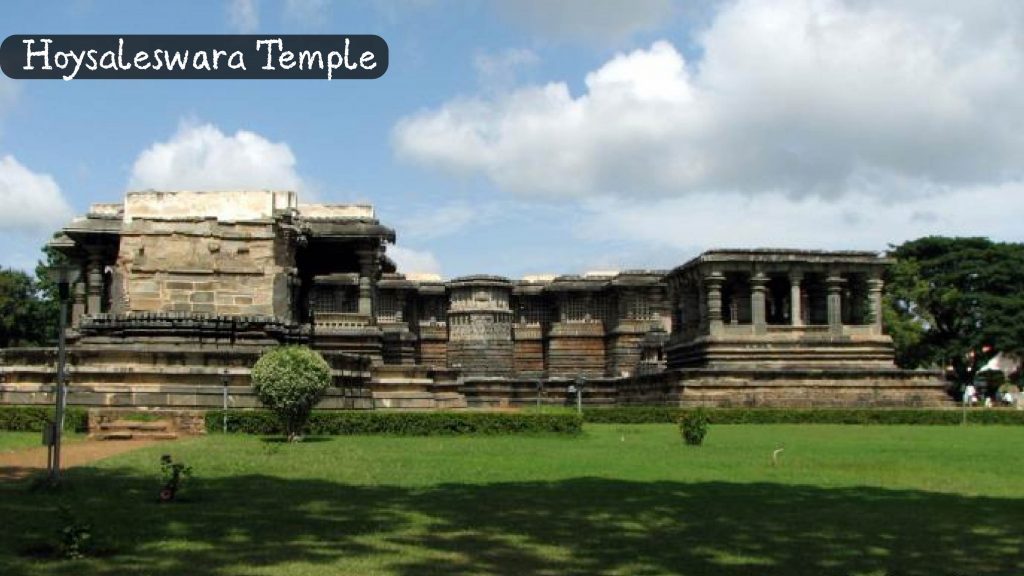 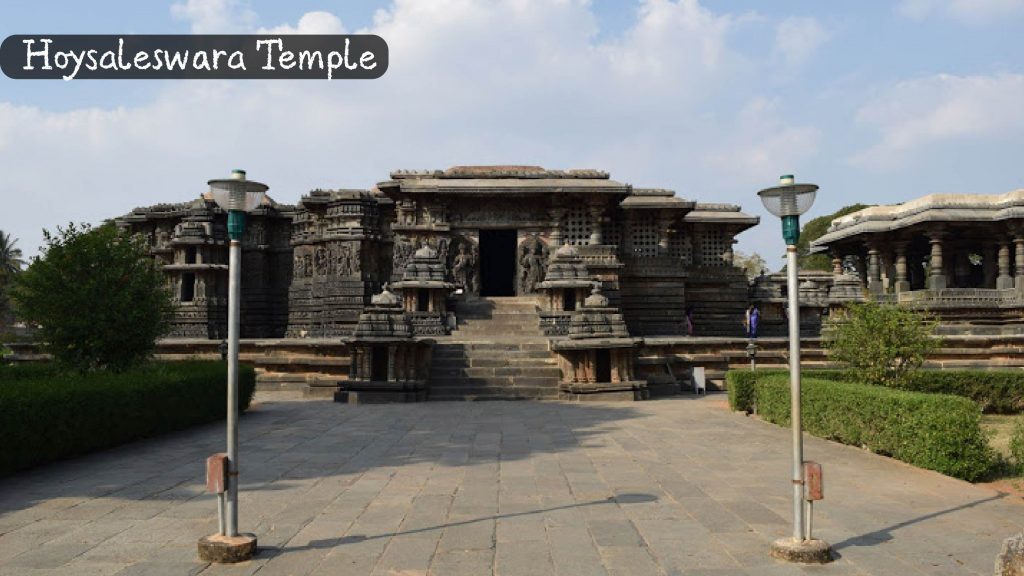 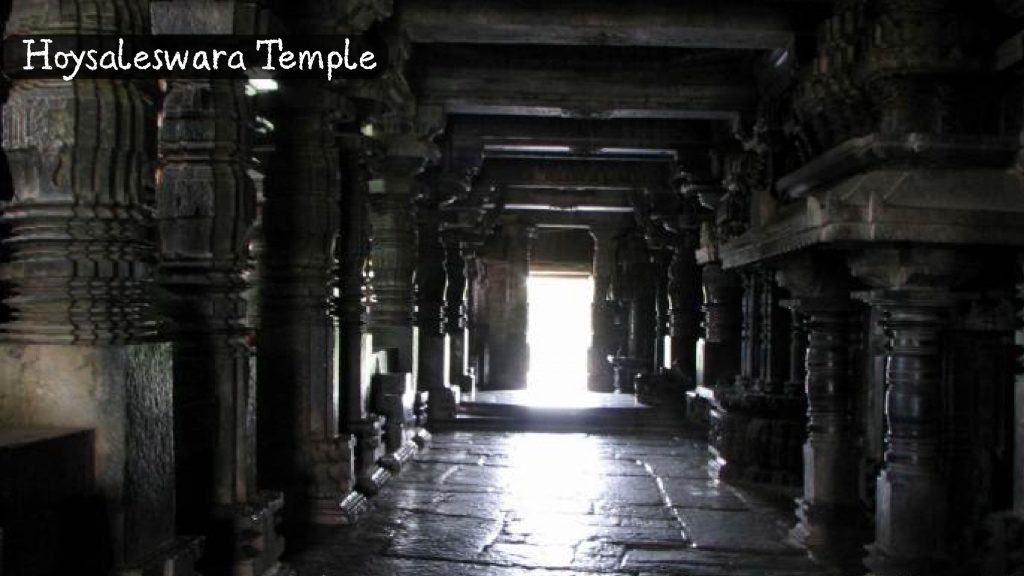 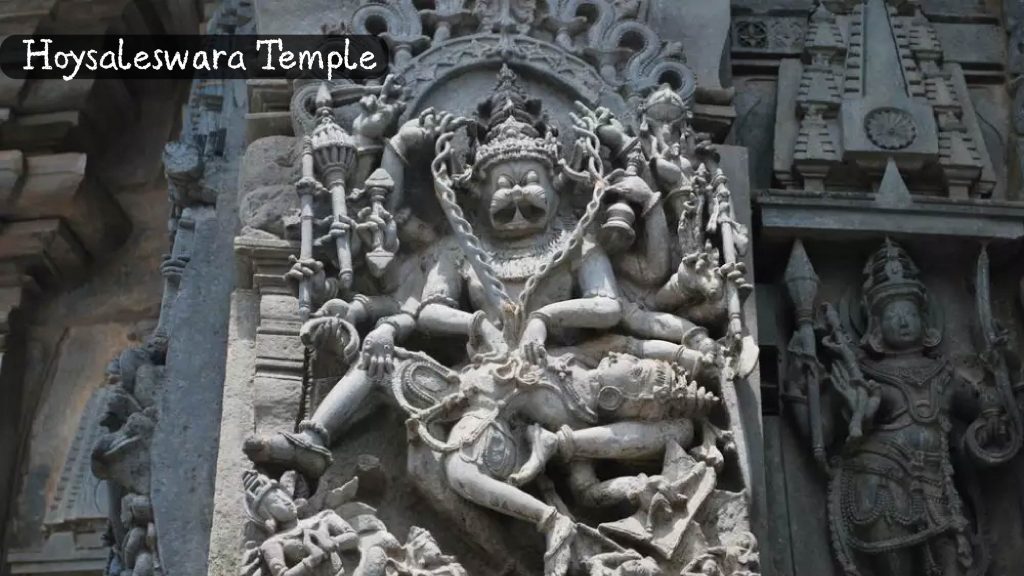 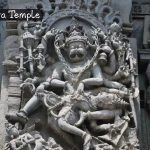 The Hoysaleswara Temple or commonly known as the Halebid Temple is an important Shiva Temple of Karnataka located in Halebidu town of Hassan district. It was built in 12th Century and is situated to the west of the Dwarasamudra lake. This temple is one of the three most important monumental monuments of Hoysala Empire and is the most significant in south India due to housing the Lord of lords Shiva. The temple was well decorated by the famous artist(Shilpkar), Kedoraja. The wall of Hoysaleswara Temple speak the untold and rich history and culture of Hoysala Empire through different intricate carvings and beautiful and sculptures. Lots of devotees and pilgrims flock to this Shiva temple throughout the years to get the blessing of Lord Shiva along with getting a glimpse of its architectures and designs belong to the Hoysala period.

The name of this majestic temple has  derived its name from the ruler of Hoysala dynasty who started the construction work of this temple, king Vishnuvardhana Hoysaleswara. The construction work of the temple was started in the year 1121 CE and completed in 1160 CE. The temple is basically a double shrine structure, that is why it  is called Dvikuta Vimala. Out of the two shrines, one shrine is dedicated to Hoysaleswara(Lord Shiva) and another one is dedicated to the wife of king Vishnuvardhana, Shantala Devi. Apart from that, you can notice an image of 7 ft tall Sun Godor Lord Surya deva and a gigantic sculpture of Nandi(the attendant of Lord Shiva)

Today, you can see the temple is not in a good condition due to the attack of Muslim invader in 14th century. However, it has still preserved most of its glorious art work and attracts lots of curious tourists to have a look at the trails of this magnificent temple.

If you are in the Hoysaleswara Temple, you can visit the archaeological museum present in the temple complex. Lots of antique things are well preserved such as sculptures, inscriptions, coins, and wood carving idols. One of the noticeable sculptures is a sitting Nandi and Lord Ganesh. The timing of museum is from 10:00 AM to 5:00 PM except Friday. You need to pay a small entry fee but photography is not allowed inside the museum.

There is a  small book stall near the museum but most of them are in Kannada, however, you can also find some book written in English.

You can also visit the Jain Basti situated to the south of the temple at a distance of about 1 km.

If you walk down a bit more, then you will reach the Kedareshwar Temple built in the 13th century. It is also a temple dedicated to Lord Shiva.

2. Photography is not allowed in the temple, so carefully keep your camera.

3. You can wander around in the garden inside the temple complex. You can spend some time to relax and have your food under the tree after you are done your sightseeing.

4. If you are visiting in summer, then make sure you carry an umbrella, hats and water.

5 Don’t forget to visit the Kedareswara temple which is not far away from it.  .

The temple architecture speaks out loud about the Hoysala style of architecture and is often considered as the “Supreme climax of Indian architecture”. If you have visited the Belur temple, you can notice the similarity between these two that this temple was also built on a star shaped platform. There are small shrines situated and go towards the temple door and each of the small shrines are decorated with the stone friezes portraying lions, horses and elephants. The lake situated near the temple along with the garden enhances the beauty of the temple even more.

If you notice then you can know that the Hoysaleswara temple is well constructed with the usage of Soapstone. The raised platform it was built on provides tourists enough space to get a glimpse at all the carvings and sculptures.

You can notice the stone engraving on the outer walls of the temples depicting the theme of Ramayana and Mahabharata. The importance of marvelous sculpting on the outer wall is to make it look beautiful without sparing any free space. But the most interesting thing you can notice here is that no two sculptures are similar. Some of the sculptures are Lord Krishna lifting the Govardhan hill, Lord Ram killing the golden deer, Bhisma Pitamaha lying on the bed of arrows, Krishna playing raslila with Gopis, and Ram and Sita with monkey to name a few.

The astounding sculptures out of many are two beams located at the eastern and southern entrance. Another remarkable sculpture is of Nandi, the attendant of Lord Shiva. This is one of the largest monolithic statues present in a Shiva temple. The presence of the lake and the garden make the air filled with a pleasant vibe.

The temple is divided into a two-shrine structure, one is dedicated to Hoysaleswara  and another to Santaleshwara. Both the shrines are situated juxtapose to each other and are shaped as Shiva Linga. If you compare, then you can find the interior is rather simple than the exterior. There are four entry ways, but only the north side entry way is opened to the visitors. One of the important pillars present here is the Garuda Stambha.

1. You can’t find any similarity between any two sculptures

2. There used to be 84 female figures, but now, there are only 15 figures remained. Rest were stolen or destroyed.

3. The temple was not completed even after 80 years of construction.

The former name this place was Dwarasamudra which means “the gateway to the ocean”. This city was attacked and plundered two times during 14th century by the Muslim ruler of Delhi Sultanate. After the attack, the name of the city was renamed to Halebidu, which means the city of ruins. However, they couldn’t snatch the beauty and serenity of this majestic temple.

The credit for initiating the construction of this temple goes to the reputed ruler of Hoysala dynasty, King Vishnuvardhana Hoysaleswara but one of the significant contributors was his minister, Ketamala. This temple was built to compete with the Chennakesava temple which was supposed to dedicate Lord Vishnu. The construction of the shrine was finished in 1121 CE.

How to Reach Hoysaleswara Temple