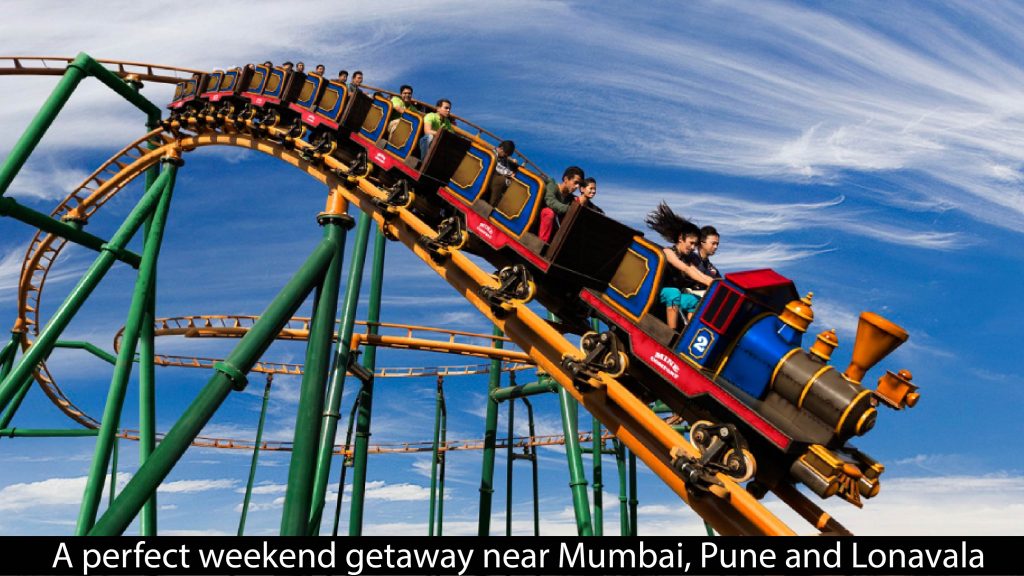 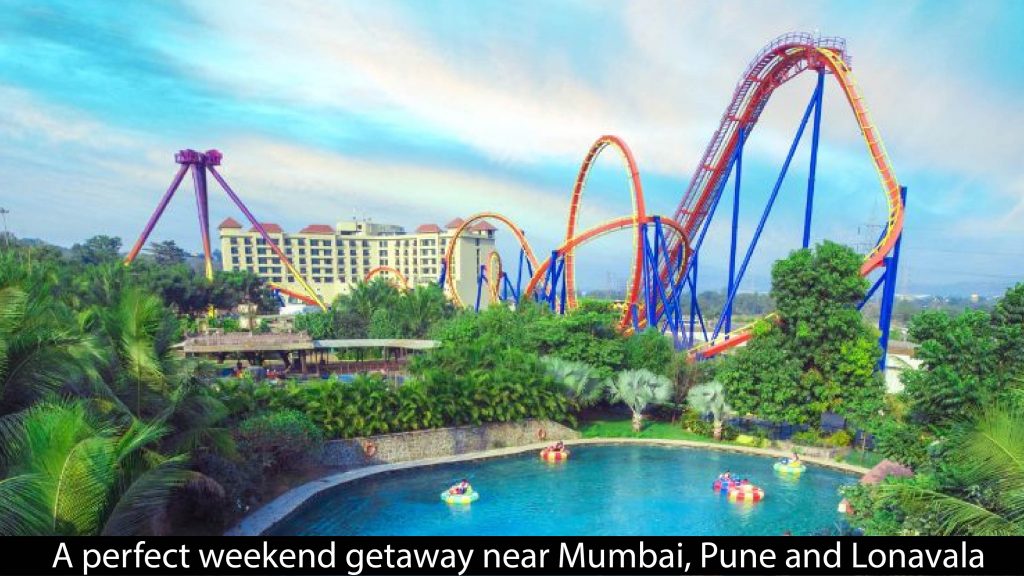 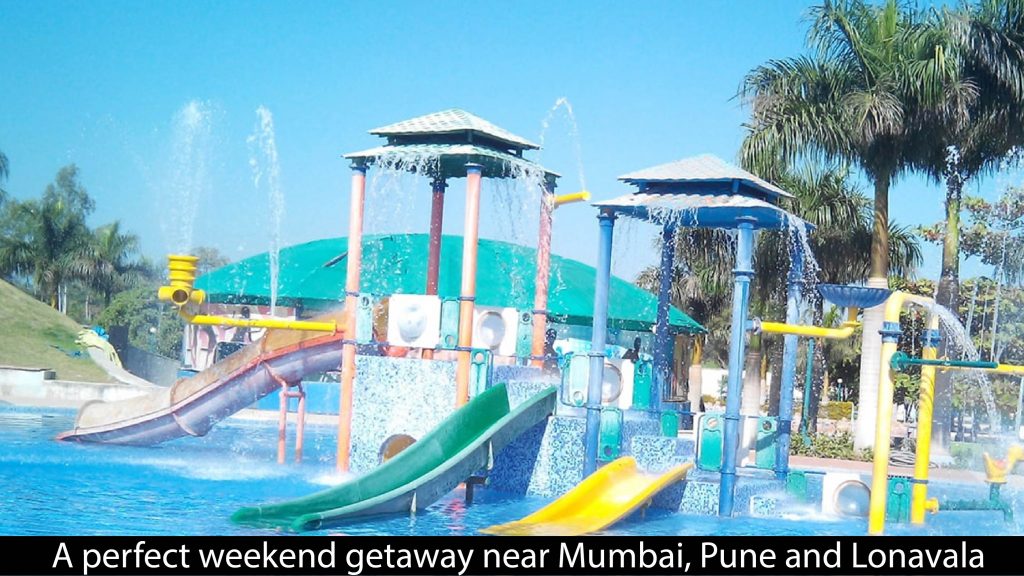 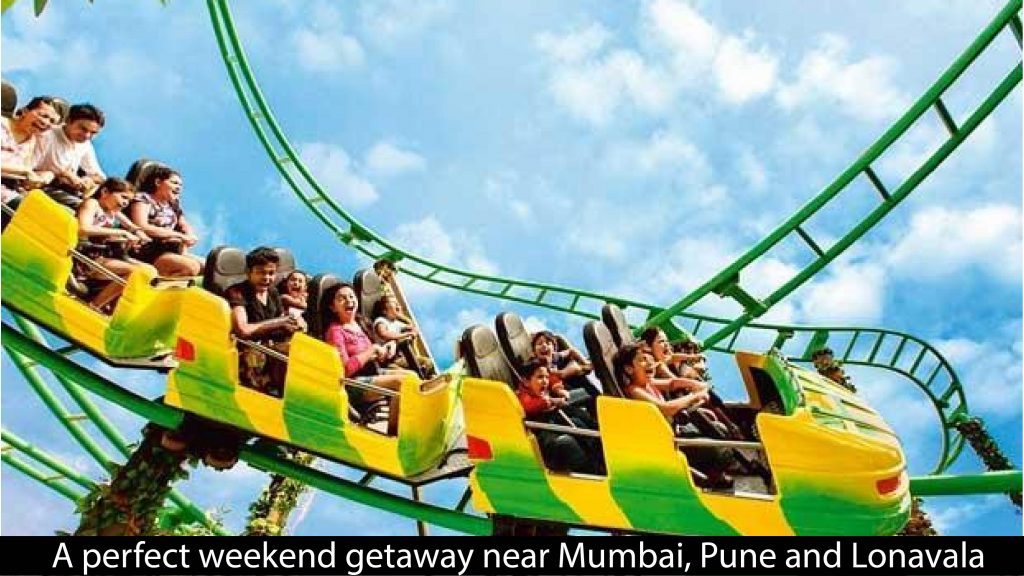 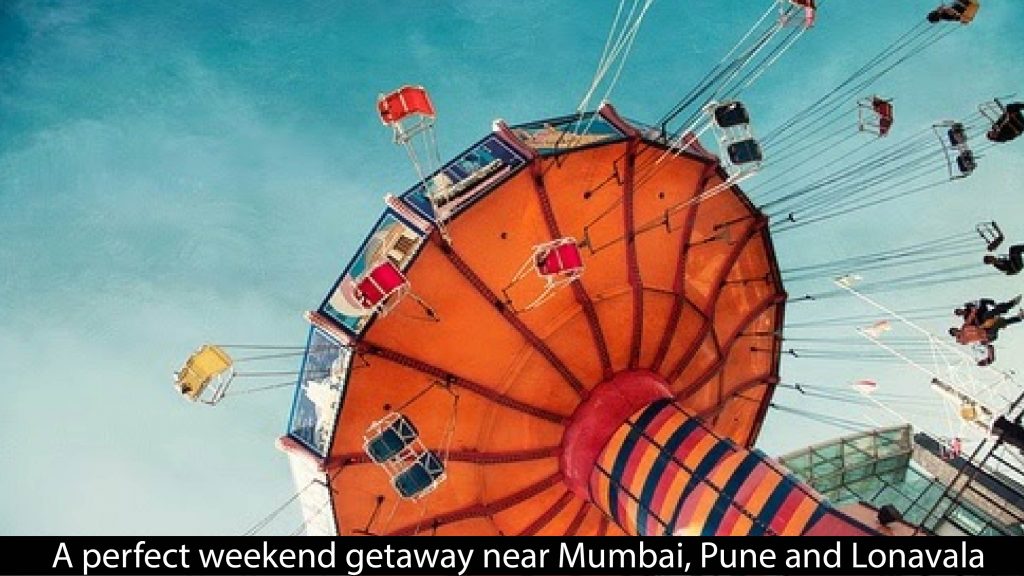 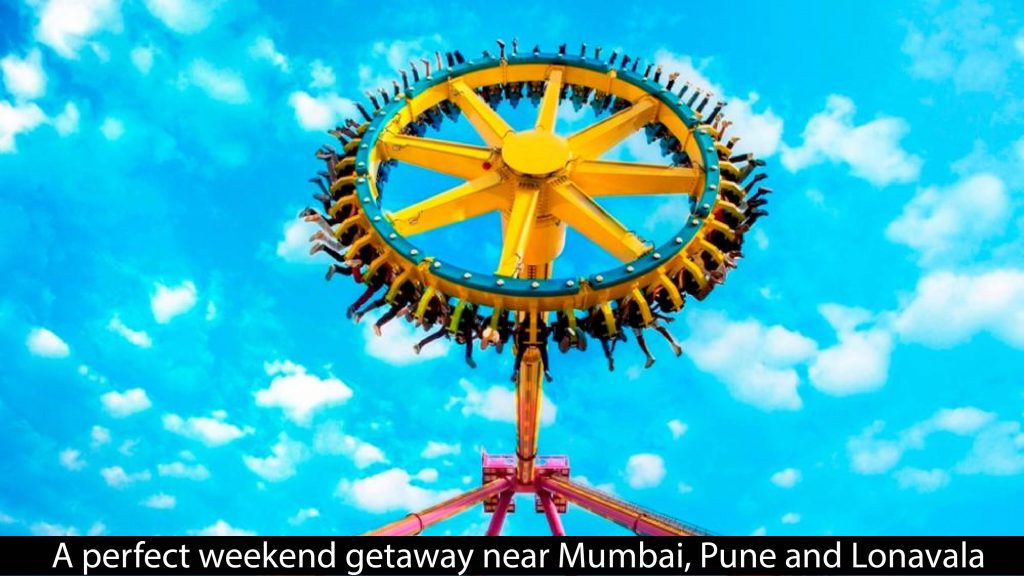 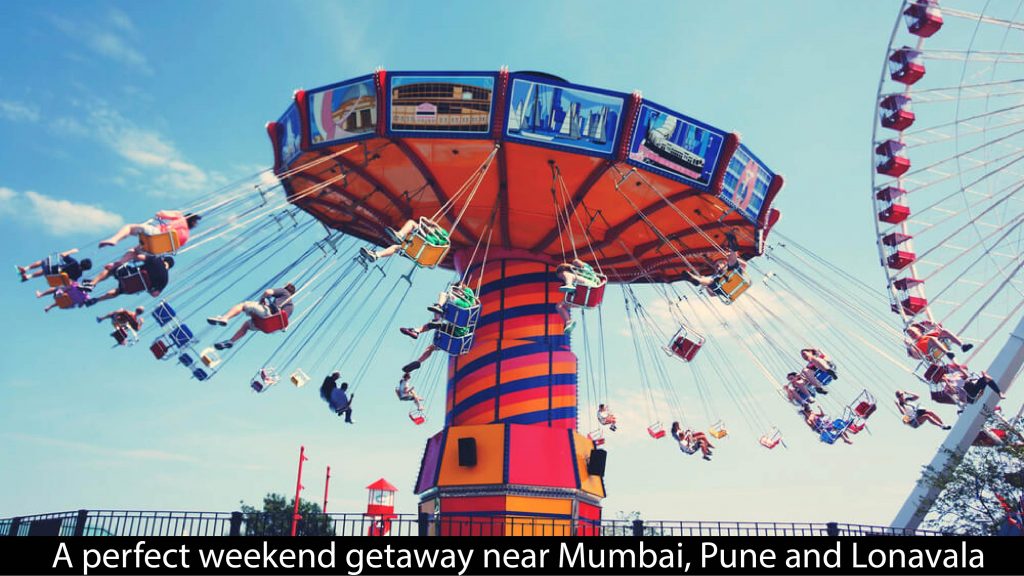 One of the most popular theme parks in the country, Adlabs Imagica was inaugurated in April 2013. Situated on the Mumbai-Pune Expressway, close to Khopoli, this park has become the most visited recreational spots around Mumbai and Pune. The theme park is situated at a distance of about 75 km from Mumbai and 91 km from Pune. This one-stop recreational destination offers its visitors a wide spectrum of fun-filled and entertaining activities such as themed entertainment shows, live shows, roller coaster rides, water park, etc.

Adlabs Imagica Theme Park is popular worldwide for its amazing and exciting recreational activities equipped with good technology and high level of safety. The most famous and thrilling ride is the Nitro which is a 120 km per hour roller coaster ride to Dare 2 Drop which is, in turn, a steep drop from the height of 132 feet. Another interesting and heart-pounding ride is the Scream Machine which gathers speed by spinning and eventually starts swinging.

At Imagica you can travel to several important landmarks in India without moving an inch by taking a ride on ‘I for India’. This indoor ride traverses visitors on a 90-foot wide screen that displays 59 important monuments in India. Here, you can also travel back in time by becoming a part of Rajasaurus River Adventure expedition and simultaneously, enrich your knowledge about the pre-historic era and dinosaurs.

Water rides in the water park of Imagica is a must-try activity with your family and friends. Few popular water rides here include Zip Zap Zoom which is a ride through close water tubes, Loopy Whoopy which is a sharp drop into a tunnel slide, Swirl Whirl water slide and Yell – O! water slide.

Other rides that are full of sharp twists and turns are The Screamer, Splash, Raftaasctic family raft ride, Boomeranggo where you can what it feels like being weightless, Zooballoo, Floatsa, Wacky Waves, The Pirate Bay, etc. There is also Kiddie Pool for the kids to have fun.

Imagica Snow World is the greatest Snow Park in Maharashtra which is built on an area of about 15000 sq. feet. The artificially created snowfall is worth enjoying with a cup of hot coffee and a bowl of hot noodles. There are various interesting activities to do in the snow world such as playing snow basketball, sliding down the glacial slopes in sledges and rafts, snowball fights and climbing the rocky snowy cliffs. In addition to these activities, you can also carry out snow hiking, dancing on the frozen floor and building a snow castle

Imagica Adlabs was inaugurated in 2013 and is built over a huge area of 300 acres. The construction of the park incurred a total cost of INR 1600 crores but the happiness that it provides to the visitors today is worth the money spent. The park comprises of three interesting and fun-filled zones namely Snow Park, Theme Park and Water Park. Each of these zones hosts a wide variety of activities, shows, rides, etc.

While travelling to Imagica, you do not have to worry about your stay as there is an awesome hotel named Novotel Imagica Khopoli situated within the premises of the recreational park. The view of the park from the hotel rooms is simply breathtaking. The hotel rooms are well-equipped with modern facilities such as wifi, gym, swimming pool, kids play area, etc. It also provides its visitors with an awesome dining facility and with complimentary breakfast. As a matter of fact, the tickets for various rides at different parks are complimentary if you stay in this hotel. The average rate of the rooms in the hotel is INR 10250.

Imagica is filled with eateries and restaurants that serve a wide array of cuisines ranging from Indian to American, Chinese and Continental. If you are a vegetarian then you should make your dinner plans at Roberto Food Court. For those who are fond of American food should visit Red Bonnet. There is also a buffet restaurant known as The Imagica Capital that serves delicious Indian delicacies.

If you want to experience a unique dining ambience then you ought to take a quick bite at Armada which is a ship-themed restaurant. You can also visit Zeze Bar plus Grill is an African – Indian themed restaurant.

The rates for various rides at Imagica is illustrated below:

Purchasing these tickets ensures endless access to various rides and activities. Furthermore, special offers can be availed on few days and occasions such as birthdays and weddings.

How to Reach Imagica?

The region is well-connected with both private and state bus services from the neighbouring cities of Lonavala and Khandala. Moreover, hiring a private cab from the city is the best to reach Imagica. 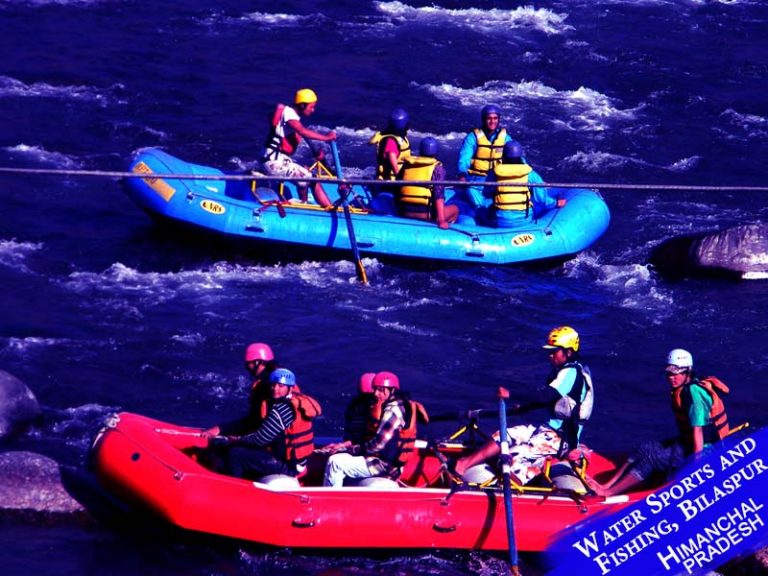 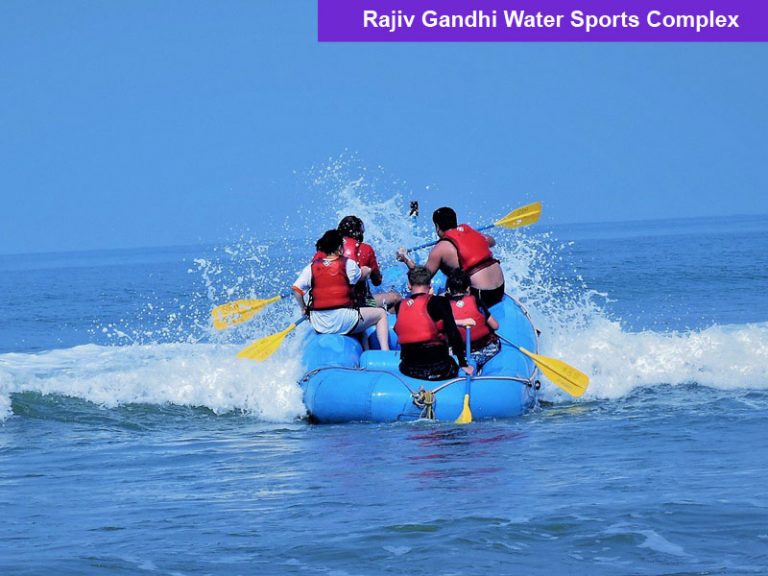 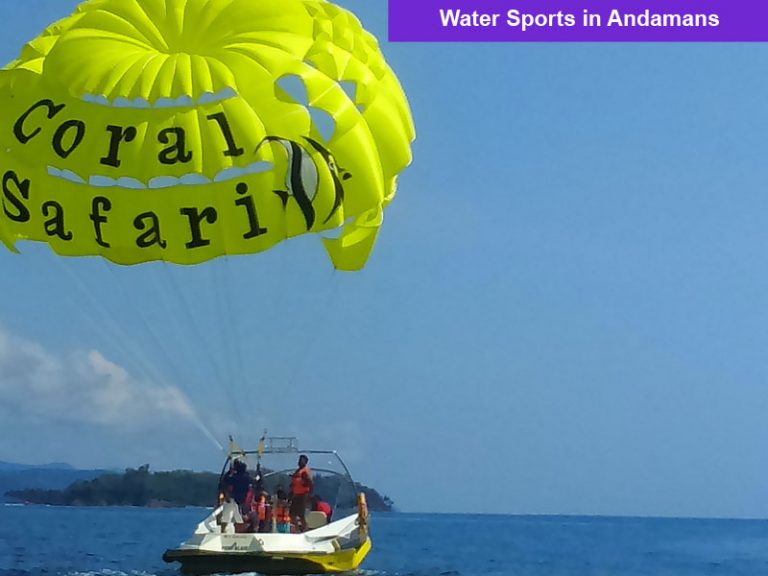