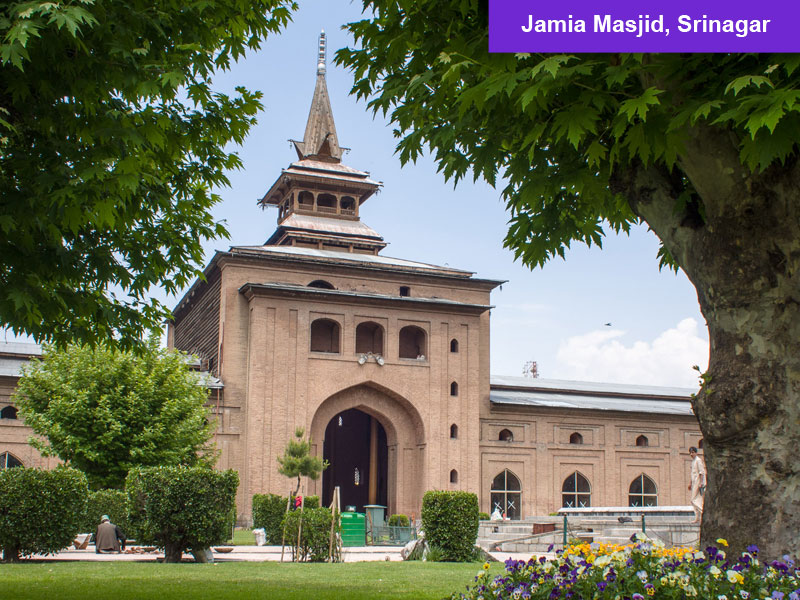 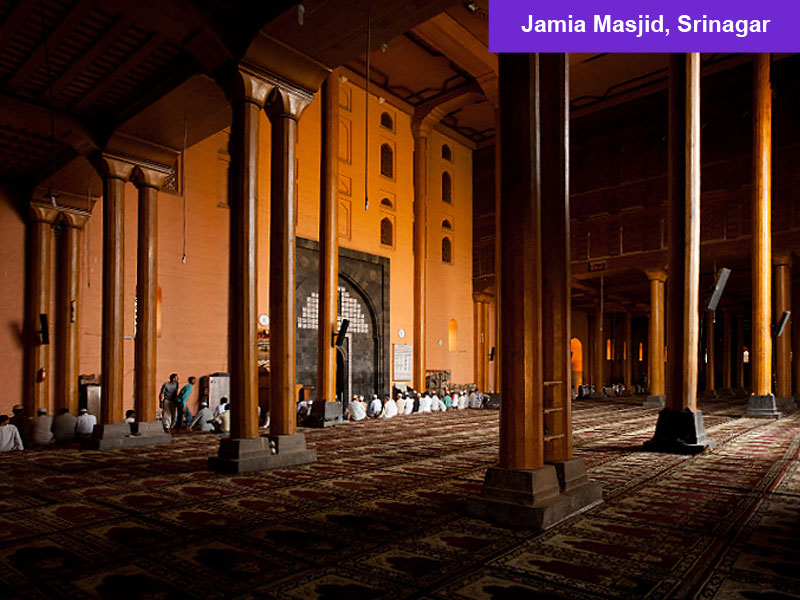 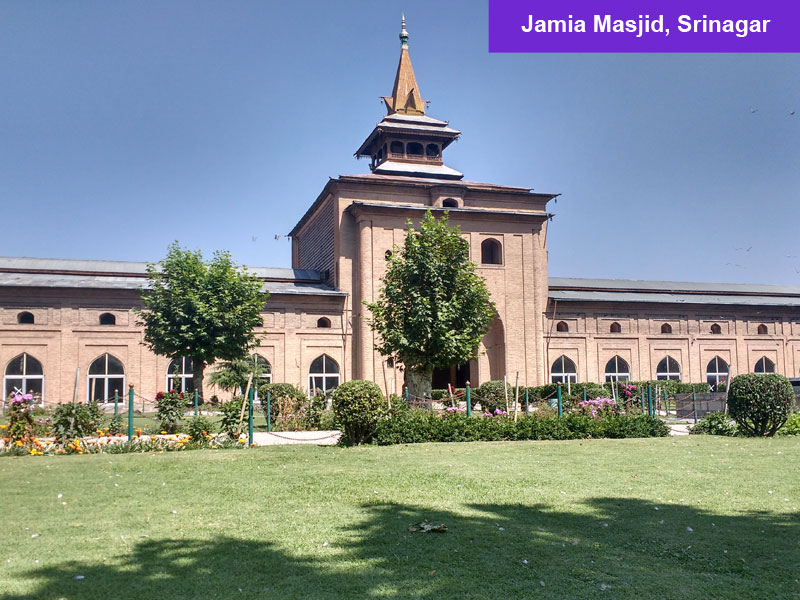 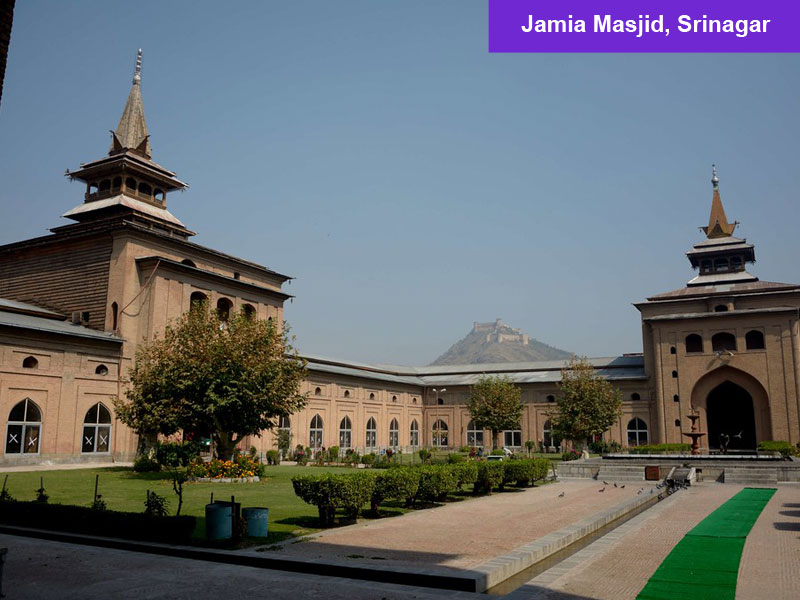 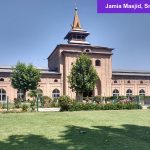 Jamia Masjid is a famous mosque in the beautiful city of Srinagar. The fact that it is over 600 years old makes it special. It is located in the Nowhatta town that is only 5 kms away from Srinagar. Owing to its strategic location and its age, Jamia Masjid has seen various ups and downs and has seen many political uprisings that have taken place within Kashmir ever since its construction.

Jamia Masjid was constructed in the year 1394. The orders for its construction were given by Mir Mohammad Hamadani. His father was Said-ul-Auliya Mir Sayyid Ali Hamadani. Later, Zain-ul-Abidin, who was the son of Sultan Sikandar, built a turret in the primary structure and added an extension to the mosque. The architecture of Jamia Masjid is inspired by Indo-Saracenic style of architecture and bears resemblance to Buddhist pagodas.

It is the largest mosque in the entire Kashmir. The location of the mosque is very serene. People gather in large numbers in Jamia Masjid on Fridays to offer their prayers.

Sultan Sikandar Shah Kashmiri laid down the foundation of the Jamia Masjid. He was the falter of Sultan Zainulaabdin. He was also the ruler of Kashmir in 1398 AD. It took a total of four years to complete the esteemed mosque. The construction finished in the year 1402. Since then, the mosque has seen many tragedies and has been a part of many accidents. It has been damaged by fire three times. Thankfully, every time it met an accident, restoration was done quickly to refurbish the building.

The building caught fire for the first time in the year 1479. Sultan Hasan Shahm was the ruler then. He immediately ordered for the refurbishment of the mosque. He, however, could not live to see the building refurbished and expired before the building could be reconstructed. Ibrahim Magre, the then Commander-in-Chief of Kashmir forces under the rule of Muhammad Shah and Fateh Shah, took the reins in his hands and contributed to its completion by 1503 AD.

It is said that there was a fire accident again in Kashmir in the year 1620. Jahangir was the ruler then. This fire was a lot more devastating. It took its toll on 12000 buildings nearby. Jama Masjid caught fire too. An order was passed to start the reconstruction of the mosque. This time, a renowned historian, named Malik Haider, was assigned the task of completing the work. The mosque was completed in 17 years.

The mosque caught fire the third time in the year 1674. It happened during the reign of Mughal ruler Aurangzeb. It is said that Aurangzeb, upon knowing that there was a fire accident at Jamia Masjid, asked if the chinar trees were safe. He said that the mosque can be rebuilt again in a few years like before, but chinar trees take a long time to grow and cannot be replaced. Later, the orders to reconstruct Jamia Masjid was given and the mosque was completed in three years. The last time the mosque was refurbished was during the reign of Maharaja Pratap Singh.

The Jamia Masjid carries a heavy influence of Persian architecture. It is inspired by the Indo-Saracenic architecture style and derives some resemblances with Buddhist pagodas.

It spans a length of 384 feet and a width of 381 feet. The mosque has four sides. There are four minars in the middle of each side of the building. Each minar has a pyramidal roof and it forms an open turret. Spacious halls connect the minars with each other. The roof of the building is supported by 378 wooden columns. You will find bright yellow poppy flowers and lush green lawns in the building.

The Jamia Masjid is a huge mosque. It is built on the charbagh concept that Babur brought along to India from his homeland. Nearly 33,333 people can offer prayers within the mosque at any given point in time. There four wide lanes on each side of the mosque. It also features a square garden in the middle. On the structure’s south is a recessed portico. It opens into an inner courtyard. There is a black marble or mehrab on the western wall of the cloister. You will find beautiful work of calligraphy and 99 attributes of Allah engraved on it. Pointed arched arcades make up nearly the entire courtyard. Jamia Masjid is a work of art.

It is advised to visit the mosque early in the morning. This is the time when Fajar prayers are offered. You will find peace and discover serenity.

1. There is a dry fruit market near the mosque. You can buy quality dry fruits there.
2. Clothing should be conservative. Men are suggested to wear clothes with full sleeves and trousers. Women should wear kurta and keep the head covered.
3. You may find army personnel in the building compound. Don’t be alarmed. They are there only for your safety.

How to Reach Jamia Masjid

The Nowhatta town is a small and old town in the beautiful land of Kashmir. You can easily locate the building since it is easily accessible. It’s only five kilometers away from Srinagar. You can easily rent a cab to reach there. If you are staying in a hotel or resort, you can ask the management to arrange a taxi for you. 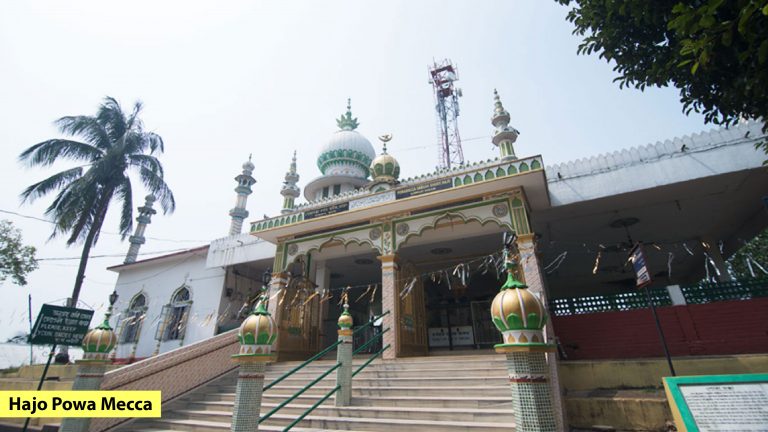 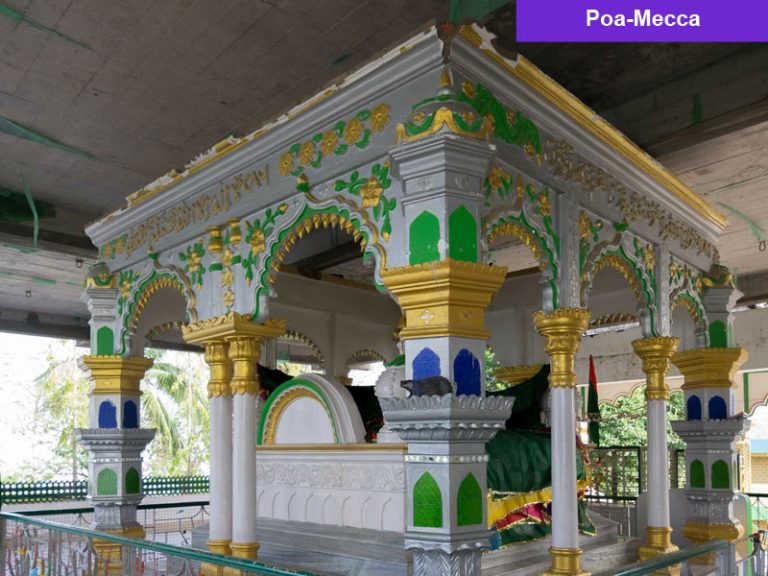 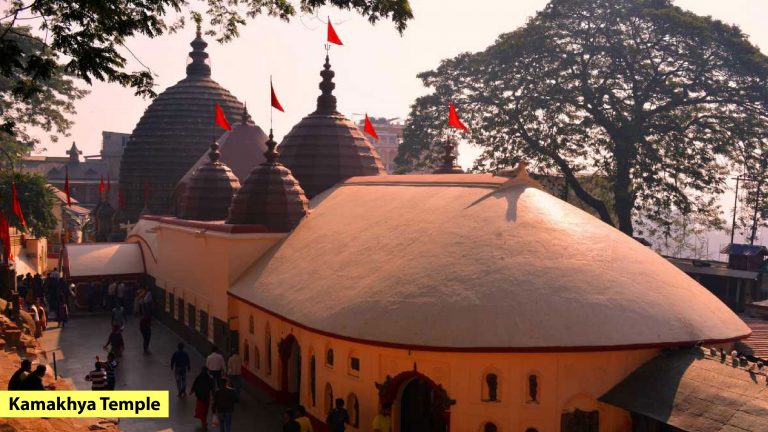