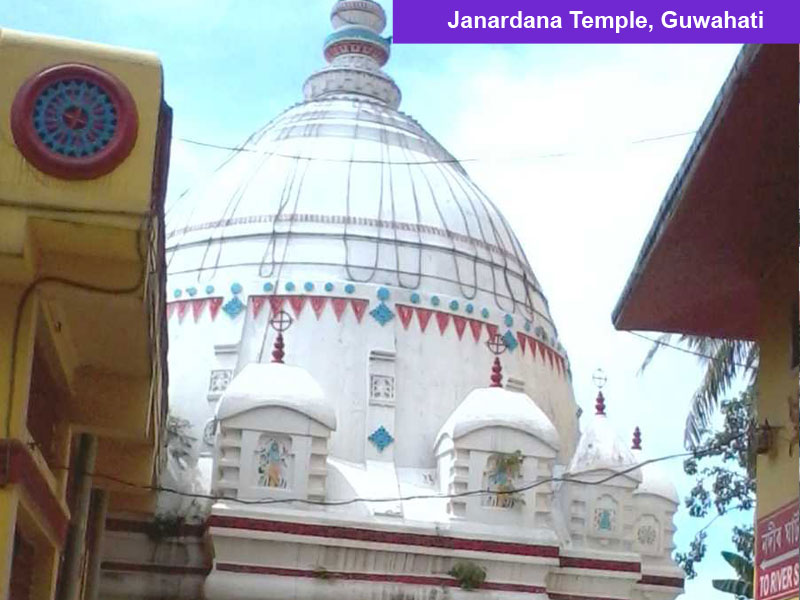 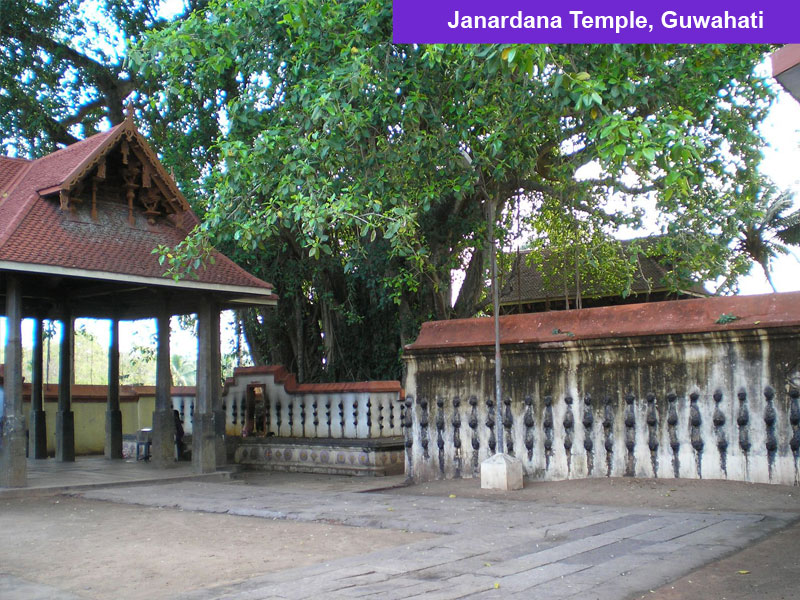 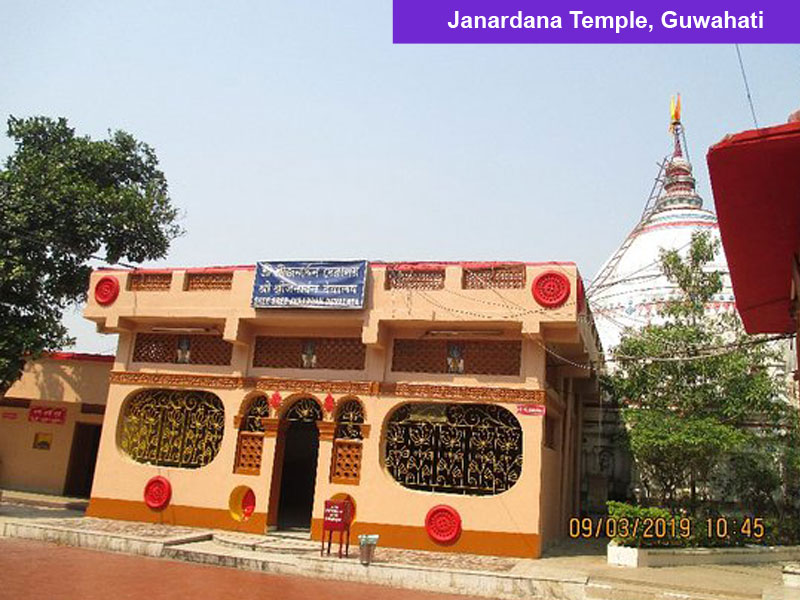 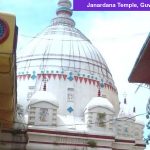 The Janardana Temple can be found on a small hill in Shukleshwar which is located on a steep that leads to the huge Brahmaputra river I’m Guwahati. The Janardana Temple is built in reverence of the mighty God Lord Vishnu. The temple is very beautiful, the backdrop of the Brahmaputra river and the very green environment of Guwahati further enhances its beauty and makes it captivating.

The temple is said to have been reconstructed around the 17th century but the true origin of the temple cannot be recovered from history.

The shrine is a magnificent fusion both the Buddhist and the Hindu style of building, The temple adopts design from the two styles. The walls inside the temple are painted white but not pure white. The walls also have Carvings on them which represents different Gods.

At the major entrance into the temple, there is a Buddhist statue and it is a very respected place where Buddhist and Hindu devotees come to worship and meditate. The room for praying is a very cool, calm and peaceful place compared to.severely other places in the temple. The serene nature of the Temple and its surroundings is still one of the major reasons tourists come from far and near to worship and pray.

There is a traditional tale often told about the temple, although it is a myth, it has lived with the people for decades. The legend says that Lord Buddha is the incarnation of Lord who is also famous as Lord Janardana.


The traditional tale also tells of how Lord Janardana battled with the ruthless evil Raja Bali masked as Vamana guard the people from the anger of asuras and defeated him.

The place where the battle was fought became known as Janardana Tirtha. A Temple was built after sometime and was given the name – Lord Janardana Temple.

The Perfect Time to Visit the Temple

Best Way to Get to Janardana Temple

Transportation in Guwahati is easy because the city is very well connected, there are buses, taxis and car hire services available. To get the temple which is located Up the hills of Shukleshwar, when you get to Paltan Bazaar, take a bus or taxi to the location of the temple. You can also hire a car to take you straight to the place. The Temple has a main shrine which is located up the hill. The walk to the main shrine of the temple is a very short one.