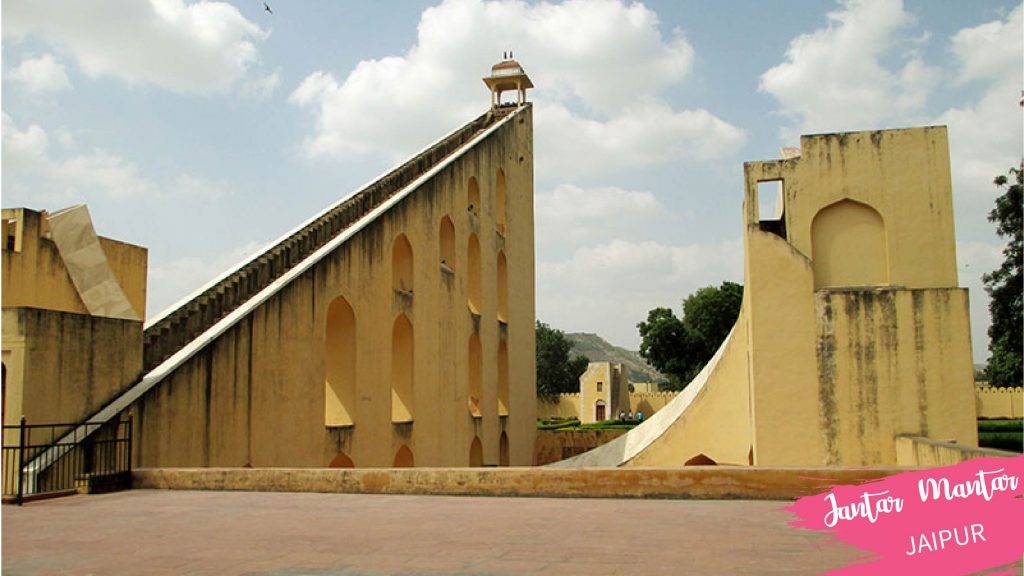 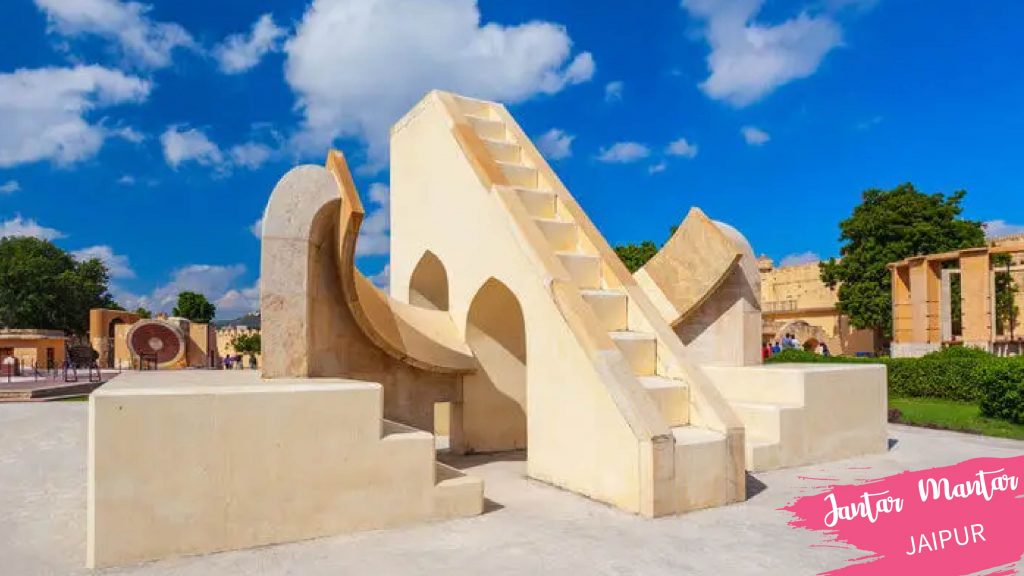 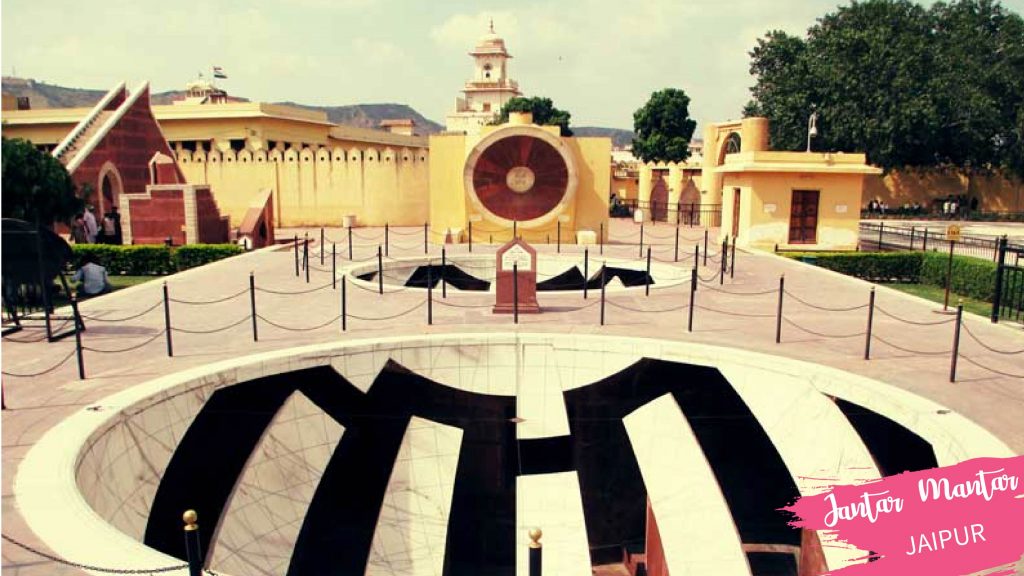 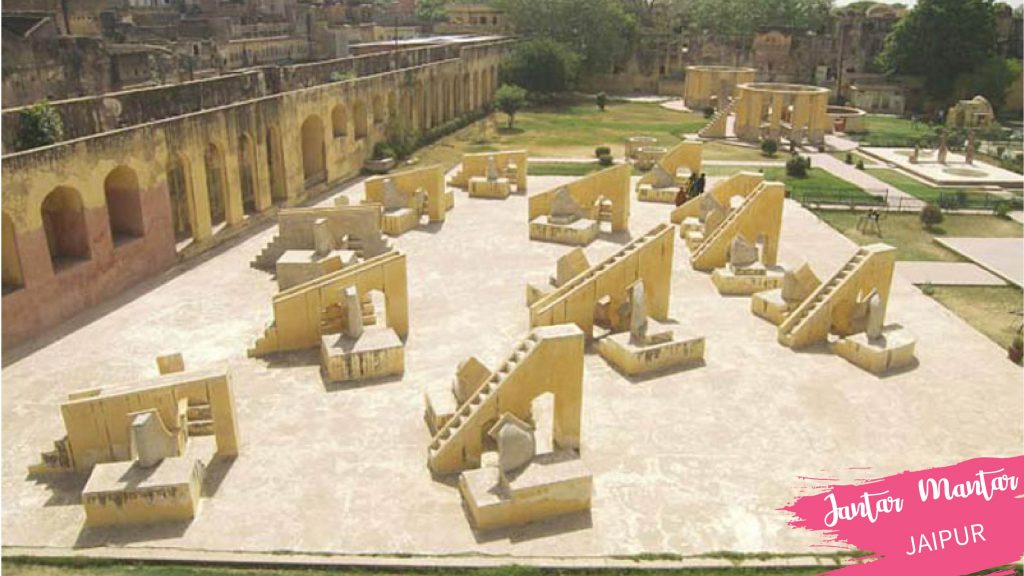 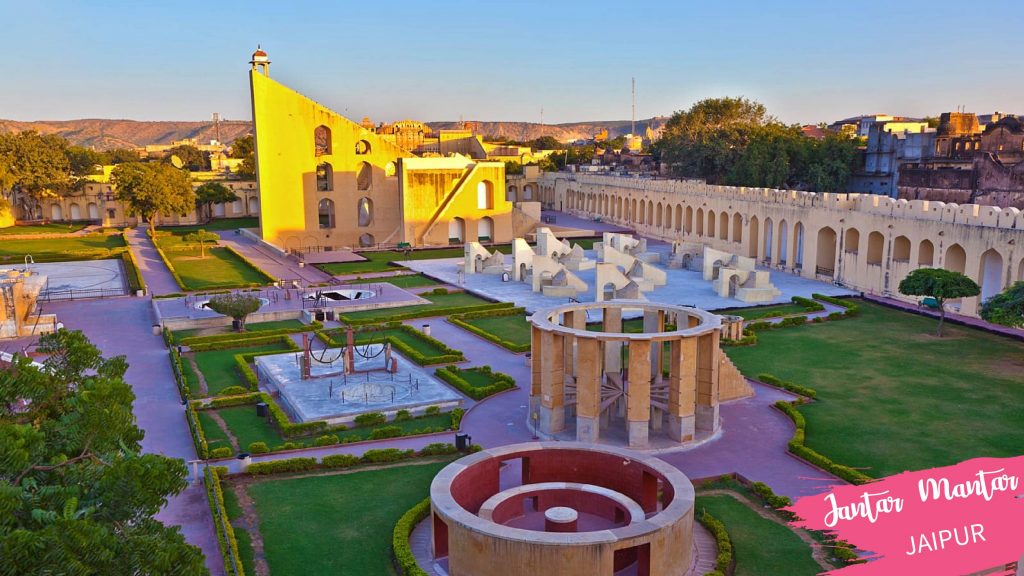 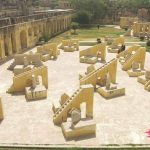 Jantar Mantar, the world’s largest stone astronomical observatory is situated near the City Palace in Jaipur, It is one of the best-preserved of 5 observatories build by Sawai Jai Singh in 1727-33 and other ones are located in New Delhi, Varanasi, Mathura, and Ujjain. Due to its rich cultural, scientific value and heritage, this ancient study boasts of nineteen instruments has been featured on The United Nations Educational, Scientific and Cultural Organization’s (UNESCO’s) list of World Heritage Sites. JantarMantar built out of stone and brass. The prime objective of building Jantar Mantar was to study and gather information about space and time. It houses different astronomical instruments, which pertain to Egyptian study of Ptolemaic astronomy as well as follows 3-classical celestial coordinates to track the positions of heavenly bodies such as zenith local system, the ecliptic system, and the equatorial system.

This UNESCO World Heritage Site is a collection of various architectural and astronomical instruments. The Jantar Mantar observatory 19 major geometric devices used to measure time, ascertaining the declinations of planets, predicting eclipses, tracking stars in their orbits as well as determining celestial altitudes. This attraction is built with stone and marble as stone can endure extreme weather conditions as compared to metal. Some of the instruments are built from copper and work with startling accuracy still today.

There are about 20 different types of instruments for different astronomical measurements. 12 instruments (Out of them) were built particularly to measure the latitude and longitude of celestial objects. Samrat Yantra, Misra yantra, Rama Yantra, Prakash Yantra, DakshinoBhitti Yantra, RashiValaya Yantra, Digamsa Yantra, Unnatasha Yantra Narivalaya, Shastansha Yantra and Uttar Gola Yantra are some of the instruments.

The Samrat Yantra is the largest instrument here and can tell you the local time with an accuracy of up to 2 seconds. But, this Yantra is not open to the public because observers still use the Yantra for their calculations. Jai Prakash Yantra is used to find out the position of heavenly monuments while Ram Yantra is used to measure the local coordinates of altitude as well as azimuth of a celestial object. Till date, all these instruments are used for forecasting weather, the intensity of the monsoon, the duration of seasons, the prospects of famine or flood, etc.

Spring season or winter months are the best time o visits this huge astronomical observatory because Rajasthan has very oppressive summer heat. In addition to this, noon is the best time of the day to visit it. The Sun is vertically above during mid-day and it is really easy to understand the interpretation process of the readings of each instrument. Jantar Mantar remains open from 9:00 am to 4: 30 pm from Sunday to Saturday. To see the whole Jantar Mantar, it will about 30 to 45 minutes.

How to Reach Jantar Mantar

Jaipur airport experienced regular flight services. At the Airport, there are buses and cabs, so you will not find it hard to reach the Jantar Mantar. Jaipur is connected to Delhi, Udaipur, Mumbai, Jodhpur, Varanasi and Aurangabad by domestic flights.If you have a little more time to spend travelling, then you can also go for train or bus. Both train or bus services are frequent as well. Many buses run to and from Jaipur. The train service to the pink city Jaipur is available from all the major parts of India. The pink city can also be accessed by Road from all the major places in Rajasthan, Delhi, Mumbai and Gujarat. Therefore it completely depends upon you which option would be comfortable for you.