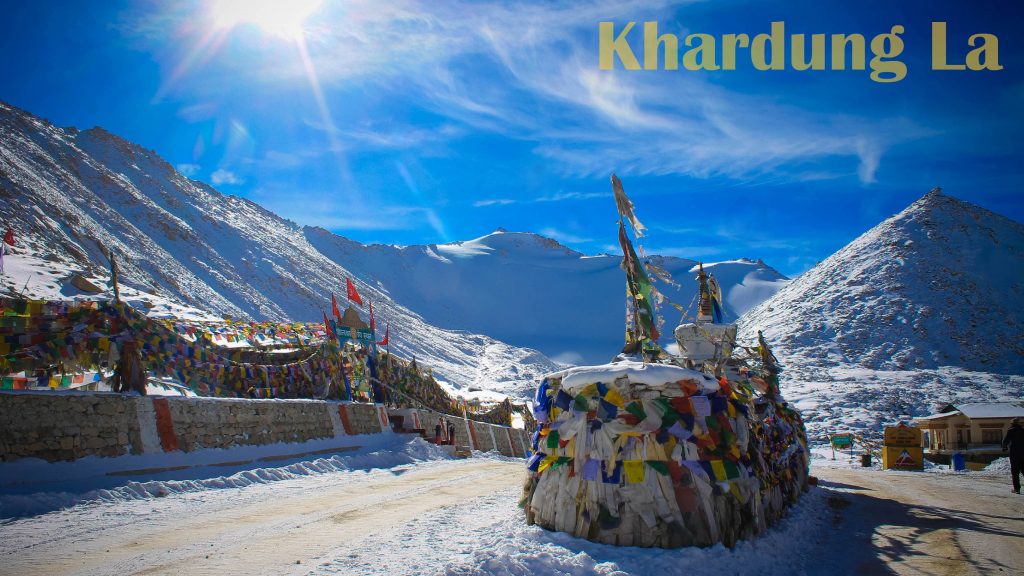 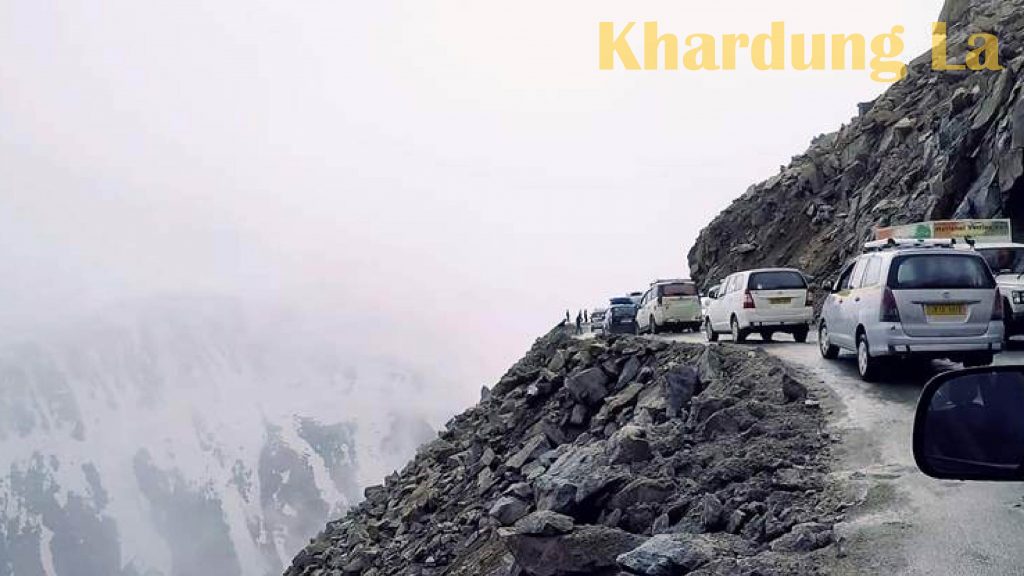 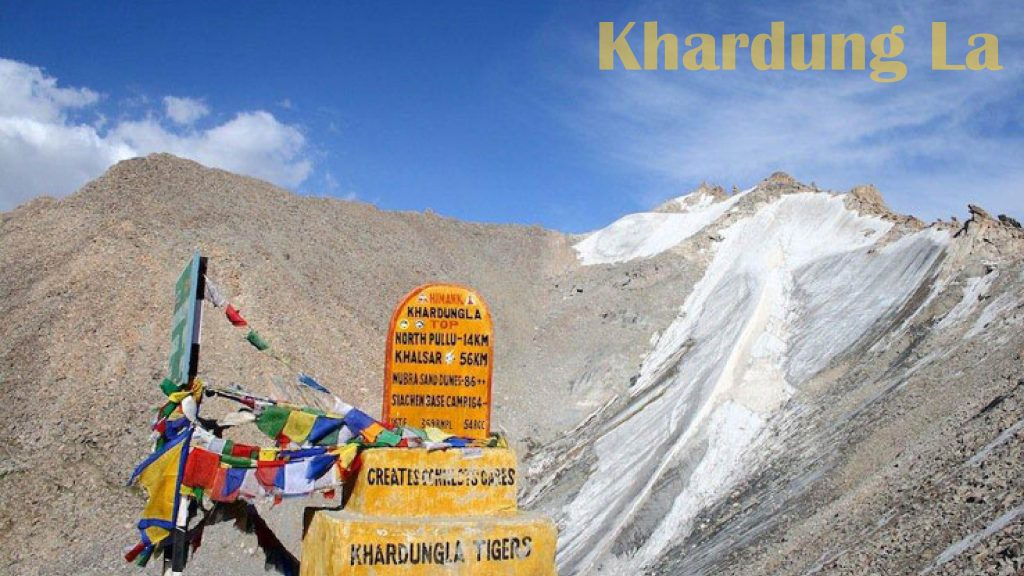 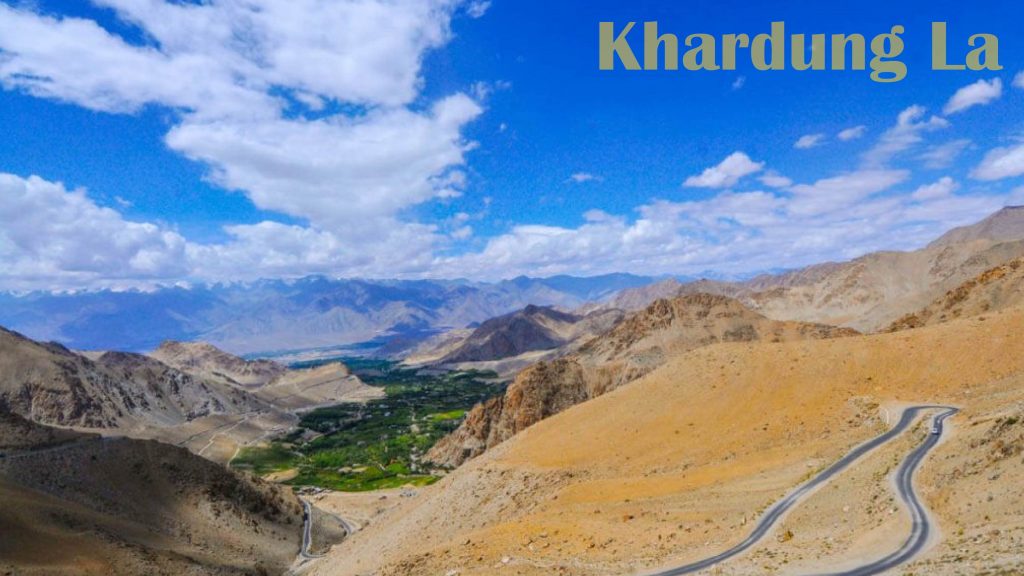 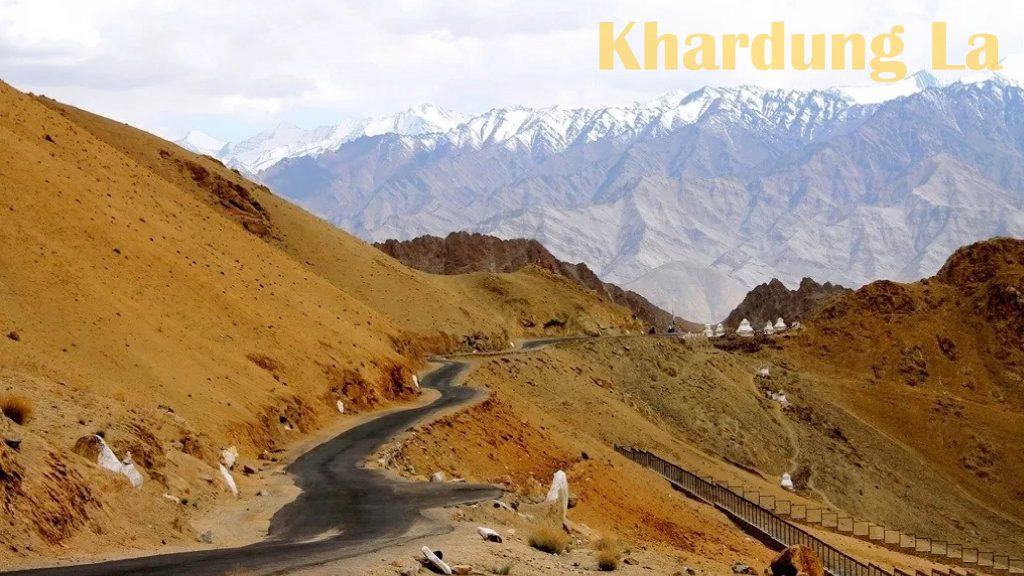 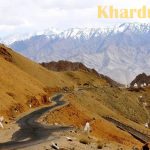 One of the famous high mountain passes in Ladakh, Jammu and Kashmir, is Khardzong La, otherwise known as Khardung La. The pass is located near Leh. While some records incorrectly claim it to be the highest motorable road at an elevation of 5602 meters in the Guinness Book of World Records, the pass actually elevates up to 5359 metres. It is also sometimes known as the ‘Pass of Lower Castle’. This pass is a famous getaway road amongst nature and biking enthusiasts alike. You can sure be at the highest form of peace in the serenity of this mountain road.

Khardung La was built at the entrance of Shyok and Nubra Valleys in 1976. However, it was opened was general public only in 1988. It holds immense significance for India as it is the path to supplying necessities to the base at the Siachen glacier. The seemingly impossible road leads up to a breathtaking view of the mountain valley beneath. Bask in the imagery of snow-capped mountain ranges till as far as the eye can see. On reaching the very top, you can also take in the stunning views of the Karakoram range and the Himalayas. The extreme weather conditions, heavy rains and snowfall, cause the pass to close down from the months of July to August and November to February.

Weather conditions are to be considered while planning a trip to Khardung La. prefer visiting during the months of April to June and September to October. The roads are considerably safer and drier during the summer. The temperature goes up to as high as 21 degrees Celsius in the shining sun. However, the nights can still get as cold as 7 degrees Celsius. The path shuts down during July to August and November to February due to heavy rains and excess snowfall.

The Guinness Book of World Records still controversially claim Khardung La as the highest motorable pass in the world.

Khardung La is located near the village of Khardong, near Leh, Ladakh. The pass is at an elevation of 5359 metres. Khardong village is approximately 37 km north of Leh. the pass serves as an entrance to the valleys of Shyok and Nubra. Going further up the Nubra valley, you can reach the Siachen Glacier.

Leh, the capital of Ladakh, is also the nearest town to Khardung La. Leh can be accessed by national highways going through Manali and Srinagar. From New Delhi, you can also catch a direct flight to Leh. From Leh, you can choose from the daily buses that go up to the Nubra Valley or also go for the private taxi services available. Nubra Valley can be reached via Khardung La. Some tourists also go up the pass on bikes and cycles. Before you start your journey, make sure you have multiple copies of your permit that will need to be submitted on multiple checkpoints on the way.

Till you reach South Pullu, the road conditions are favourable. This is till about 25 km on Khardung La. However, further up, you will come across broken road patches for about 14 km. This deterioration is due to water streams of melted snow.