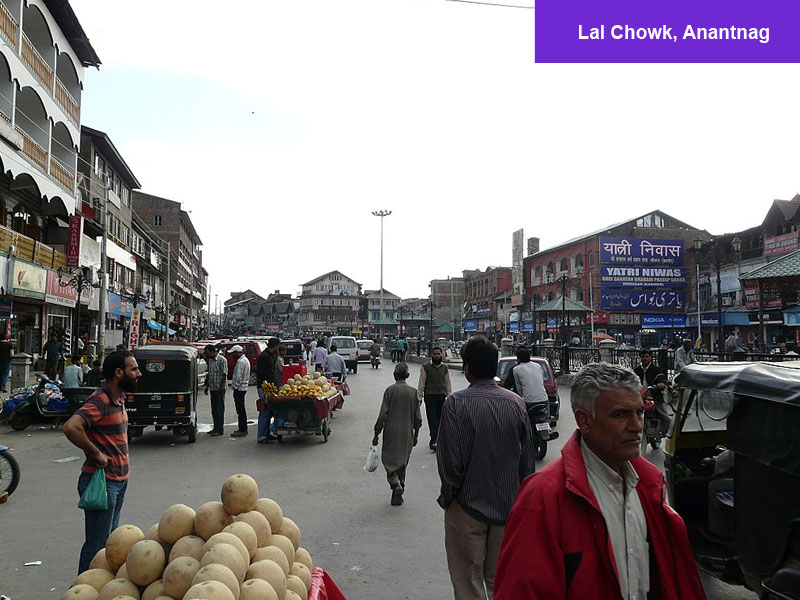 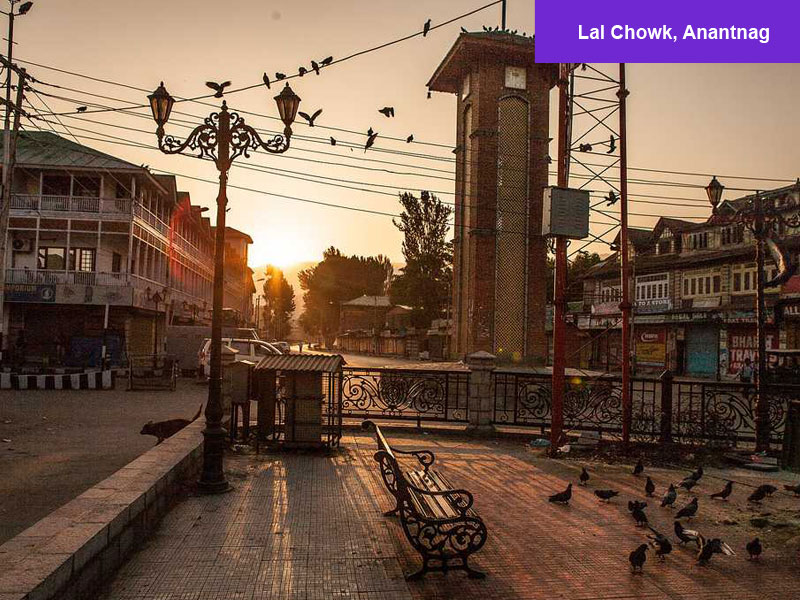 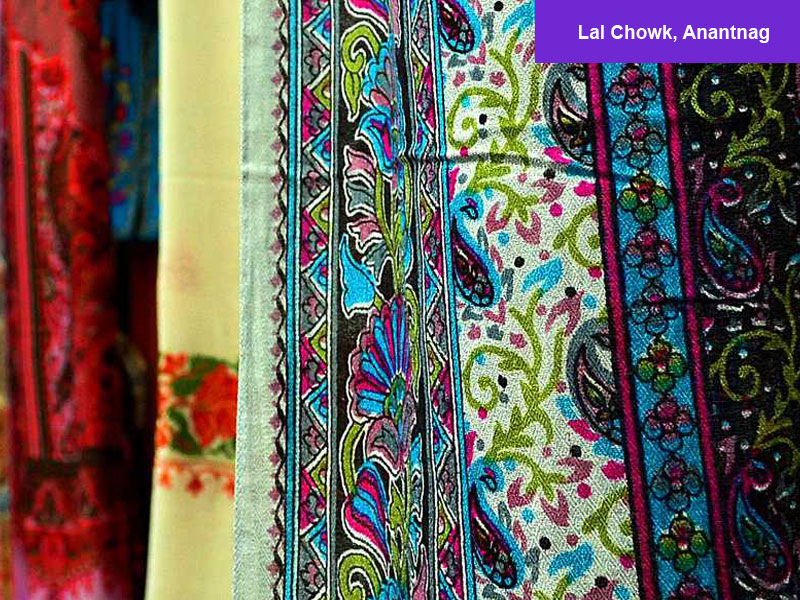 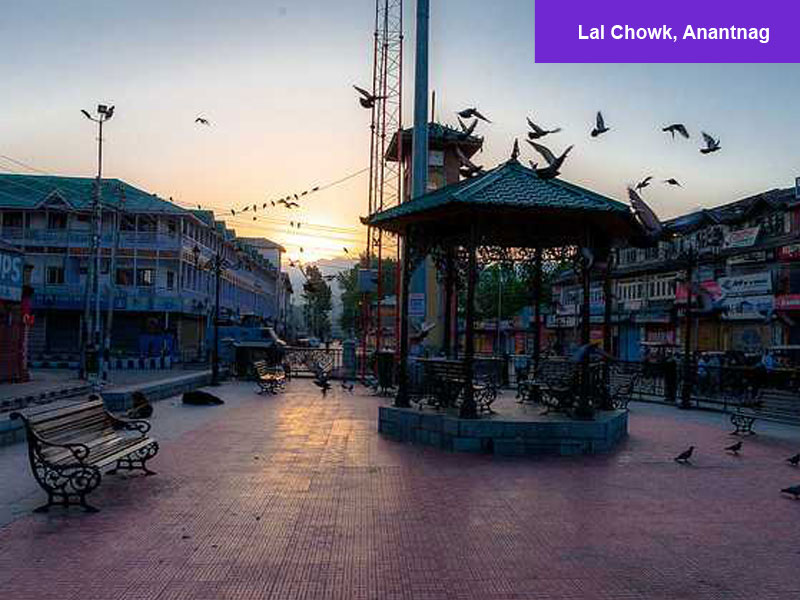 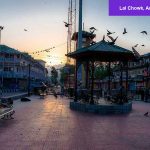 Lal Chowk, which is located in the centre of the city of Srinagar, is named after the famous Red Square in Moscow, Russia. The historic and strategic importance of Lal Chowk has been present in India’s history books since the beginning of the struggle for freedom that the country had overcome in 1947. This name was given by the Left-wing activists and the Lal Chowk is home to the famous GhantaGhar which was built in 1980 – Clock Tower. The city square is renowned for its own share of rallies, political meetings and addressing by influential political figures. Lal Chowk has borne witness to different historical moments in its lifetime which includes the display of the National flag in 1948 by Prime Minister Jawaharlal Nehru of then and the attacks on the then BJP President Murali Manohar Joshi by Pakistani militants in 1992.

Lal Chowk is one of the notable destination for shopping as it is one of the most visited and popular shopping sites in Srinagar. The purchase of pretty Kashmiri paintings and traditional ethnic wares, which are known for their embroidery and intricate designs such as Pherans, pashmina shawls and pathani suits, are very popular. The market area is home to the sale of authentic ornaments, wedding items, silverwares and jewelries. This goes to show that though its fame rose due to the political instability in the area, the area has proven to make a new beginning for itself. Therefore, the Lal Chowk is a special landmark with a rich political and cultural history in a particular spot.

The political past of Lal Chowk was a main source of attraction for tourists and visitors overtime and even though the history overshadows any of its other glory, the shopping aspect of Lal Chowk is an interesting reason to pay it a visit. Also, it is located just adjacent to the Jhelum river. So much to feast the eyes and purchase; from authentic jewelry, trays and furniture made out of walnut wood to exclusively hand-embroidered costumes, pashmina shawls and traditional Kashmiri dresses.

The strip of the main square is dotted with numerous art and handicrafts shops which sell fantastic Kashmiri paintings and artefacts; this is particularly for those interested in purchasing for the purpose of souvenirs. Lal Chowk is the most significant commercial or business center in the city. Local dry fruits are also a famous addition to its list of features. Lal Chowk posts a pretty picture of the rich cultural heritage of the state of Jammu and Kashmir. The state is the leading manufacturer of saffron in the country, you’d be wise to purchase it on your way back home!

Jawaharlal Nehru took a pledge: “The fate of Kashmir will ultimately be decided by the people. We have given that pledge, and Maharaja (Hari Singh) had supported it. It is not only a pledge to the people of Kashmir but the world. We will not, and cannot back out of it”, over here. The clock tower built in 1980 came into significance in 1992 after BJP President Murli Manohar Joshi came to hoist the flag at the top of the tower on Republic Day. Also there was a fire attack on the main commercial center of downtown in 1993.

Must Buy Items at Lal Chowk

It is popular to see the streets with customers trying to get the best deal for the product they’re willing to purchase. A market that is famous for Pashmina Handlooms and there are Kashmiri paintings for art lovers. You cannot find the best quality walnut wood anywhere but here and everything is sold here from small trinkets to carving made out of walnut wood to jewelry boxes and handlooms. The market is also famous for Pashmina Handlooms. Also, there are Kashmiri paintings for the art lovers.

The moment that Lal Chowk first gained fame was when the former prime minister, Pandit Jawaharlal Nehru pledged to a large group of people rallying along with the former chief minister Sheikh Abdullah.That pledge and rally guaranteed Kashmiris a referendum to choose their political future. Later on, the then Prime Ministererect the national flag here in 1948.

Sheikh Abdullah, who served as the 2nd prime minister for the princely state of Jammu & Kashmir after its accession in 1947, addressed mammoth gathering by the 1975 Indira-Sheikh Accord which allowed him to become the chief minister of the state again after 11 years.

The GhantaGhar was erected here in 1980 by Bajaj Electricals. The clock tower gained political importance during the republic day ceremony in 1992 during the flag hoisting session when a rocket aimed at the former BJP president Murali Manohar Joshi, by Pakistani backed militants, fell few feet away from the main square. The infamous Lal Chowk fire of 1993 which engulfed the lives of over 100 civilians was another remarkable instance. The landmark has been witness to numerous dignitaries, national and international over the years.

It is strongly advised that you survey the political stability of the area before you proceed to Lal Chowk in Srinagar. However, the place can be visited all throughout the year as the temperatures fluctuate from 15 to 30 degrees Celsius during summers from April to September. The winter months get chilly with subzero temperatures and are the best times to enjoy the scenery the region offers.

The art of bargaining and haggling are the type of the daily business here in Lal Chowk. The bargaining tradition of the place allows for prices of items to be magnified always. However, please you’re free to negotiate the prices with shopkeepers.

How to Reach Lal Chowk

The main square of Lal Chowk is present in Srinagar’s city center and is a well-noted landmark. Srinagar has a good road network with connections to major cities like Delhi, Chandigarh and Amritsar which are 820 kilometers, 560 kilometers and 436 kilometers away. Private and state transport buses operatesto major towns such as Dehradun, Rishikesh and Haridwar.

The Jammu Tawi railway station surely connects major cities like Kolkata and Mumbai. The Himsagar express, which is the third longest running train on the Indian railways, originates from hereand has Kanyakumari in Tamil Nadu as its destination.

The Sheikh-Ul-Alam International Airport has the designation of an international airport but it does not receive scheduled international flights as of 2017. The airport is well connected to major Indian cities like Mumbai, New Delhi, Kolkata, Bangalore, Chandigarh, Lucknow and many others.