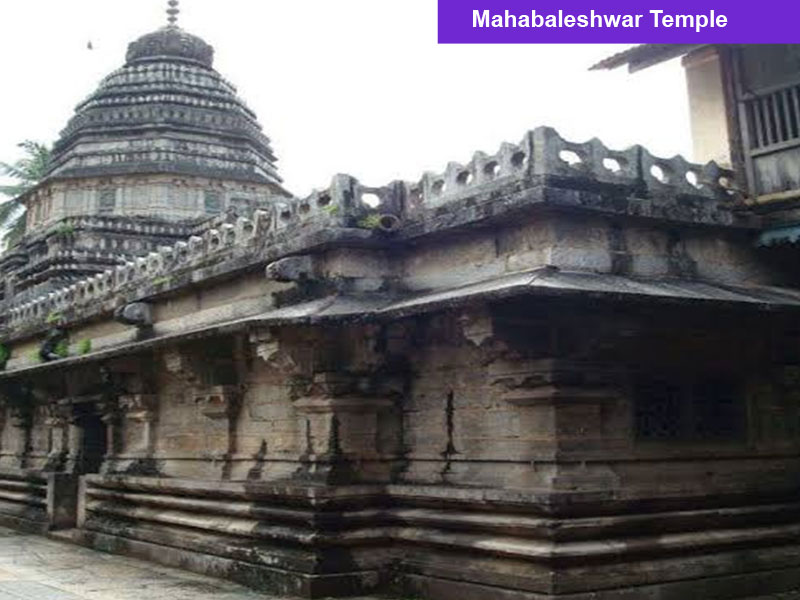 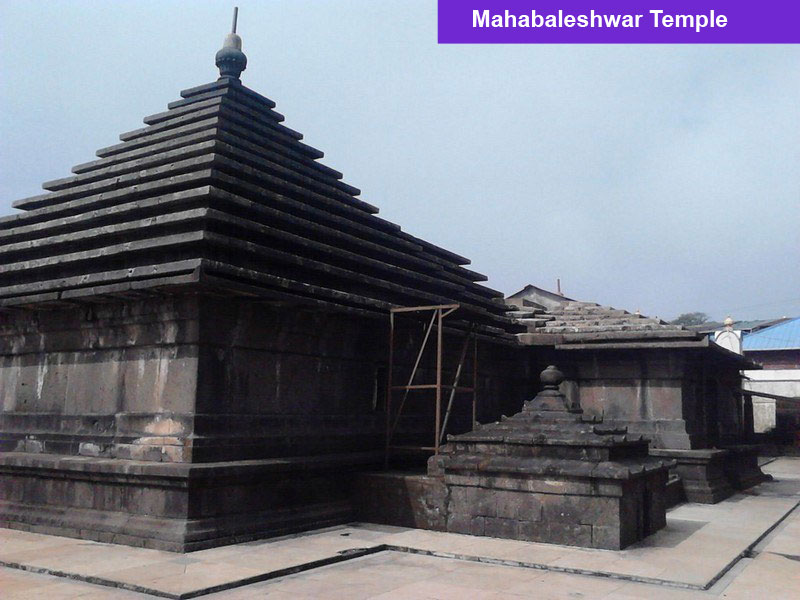 Mahabaleshwar Temple is situated at a distance of about 6 km from the city of Mahabaleshwar and is one of the few remains of Maratha heritage. The temple is dedicated to Lord Shiva and witnesses a huge surge of devotees throughout the year. Also popularly known as Mahabali, this shrine is of immense religious importance to the Hindus. In addition to the religious significance, the shrine is known for its serene ambience and lush greenery. Mahabaleshwar Temple showcases the rich culture of 16th century Maratha Dynasty.

This temple is one of the ancient temples in India which is situated very close to the city of Satara in Maharashtra. It was constructed in the 16th century by Chanda Rao More Dynasty. You will be awestruck by the imposing and grandeur structure of this temple. The architecture of the shrine represents the original Hemadant style of architecture, which was mainly popular in South India.  It is encircled by a massive 5 feet high wall and comprises of two parts- the inner section and the outer section. The inner complex is referred to as sanctum sanctorum and here, the idol of Lord Shiva is installed. The temple also houses various possessions of Lord such as his damru, bed, Trishul, carvings of his sacred bull and his bodyguard (Kalbairav).

The most fascinating aspect of this temple is the 6 feet long Shivalingum which depicts the incarnation of Lord Shiva into stone. The devotees and travellers are impressed by the clean environment and prevalence of spiritual aura around the place. There are many other popular temples located near to this shrine including Panchganga Temple and Atibaleshwar Temple.

Mahabaleshwar Temple derives its name from the word ‘Mamleshwar’  which means Lord Shiva or the Lord of Mavalas. The discovery of the temple was followed by the discovery of Mahabaleshwar town by the British official named Colonel Lodwick. However, this temple finds its reference in various ancient texts and sagas.

In 1215, the King of Deogiri named Singhan visited the Old Mahabaleshwar and built a small temple and water tank near the source of Krishna River. The region flourished during the reign of Brahmin Dynasty in 1350. Eventually, by the mid 16th century, the Brahmins were defeated by Chandarao More who eventually became the rulers of Mahabaleshwar and Javli.  During their reign, the temple was rebuilt and few new infrastructures were added.

This ancient temple is a perfect illustration of Hemadant style of South Indian architecture. The inner sanctum has a 500 years old Shivalingum, also known as Mahalingam, which is believed to have been unearthed on itself. The temple also houses a 300 years old Trishul, Damru, rudraksha and a bed of Lord Shiva. It is believed that Lord Shiva resides in the temple till date as the bed sheet is found crumbled every morning.

Mahabaleshwar Temple represents the epitome of the authentic Hemadanta architectural style of South India. The shine is encircled by a five feet high wall and constitutes of two sections, the inner sanctum and outer worship area. The inner section houses the self-originated black stone Shivalingam, which is, in turn, the main deity of this holy place. Among the 12 Joytirlingas, this temple is considered to be superior and has immense religious significance.

The temple houses various possessions of Lord Shiva which are as old as 300 years. There is a bed, Trishul and Damru which is believed to be that of the Lord. The inner wall of the temple also has a carving of the sacred bull, which is the vehicle of Lord Shiva, and his bodyguard, Kalbhairava. In addition to this, the temple also has a raised square platform that was donated by Shivaji Maharaj and the weight of the same is equivalent to the weight of the King’s mother, Jijabai.

For those who are religious and keep a keen interest in nature and history, Mahabaleshwar Temple is one of the best places to spend your weekend with loved ones. In addition to its religious and historical significance, the area around the shrine boasts of lush green forests and scenic views. Tranquillity and spirituality dominate the ambience around the shrine. It is the ideal holiday destination for those seeking spiritual connectivity and peace of mind.

Apart from spending quality time with your family and friends, this place is also an awesome spot for photography enthusiasts. In order to satisfy your appetite, there are many food stalls around the temple that serve mouth-watering local dishes and snacks. The temple usually gets crowded during the day time, therefore, it is advised to visit the temple early morning and then head for an awesome breakfast to the nearby food joints.

The weather in Mahabaleshwar remains pleasant and cool throughout the year. The coniferous trees present here majorly influence the weather pattern. During the months of July-September, the region receives a lot of rainfall which in turn enhances the beauty of the place. However, travelling to this place during monsoon season might prove to be inconvenient for the travellers due to incessant rainfall. Therefore, the ideal time to visit this place is during the months of October-May.

1. The road that connects Mahabaleshwar is quite rough and bumpy, therefore it is advised to drive slow within the speed limit.

2. Pets are not allowed in the temple premises.

3. Travel to the place early morning in order to avoid the crowd.

4. The prices of products sold in the nearby street shops are generally high. Do not forget to bargain and strike a good deal with the shopkeepers.

5. Take care of your belongings and children while exploring the temple.

7. Do not forget to carry a good camera to capture the scenic beauty and memorable moments.

How to Reach the Mahabaleshwar Temple?

Mahabaleshwar Temple is located 6 km away from the main city and can be reached either by taking a bus or hiring a private taxi or an auto-rickshaw. You can also drive to this place in your own car. The captivating views of landscapes and the rich history of the temple will surely mesmerize you.