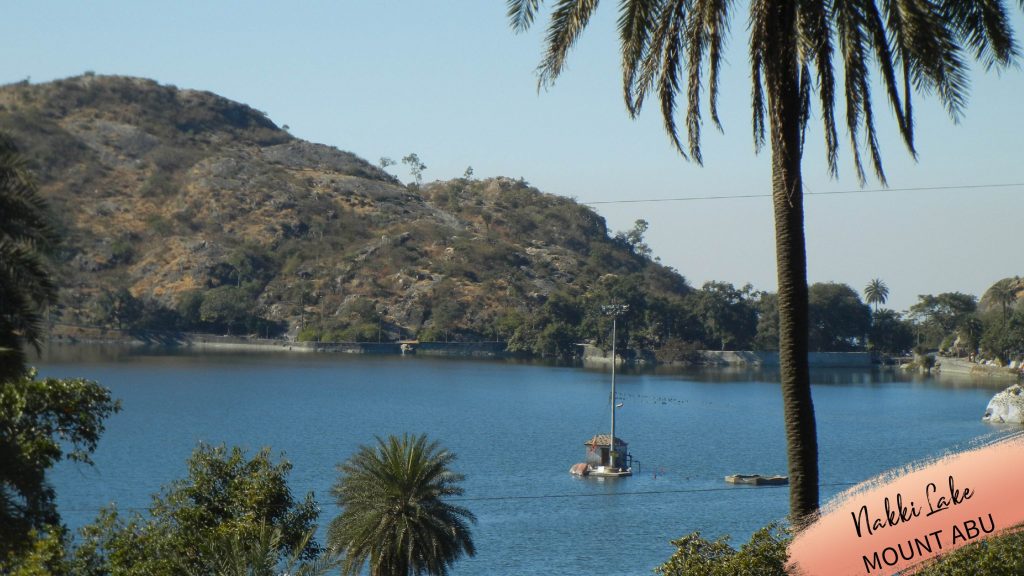 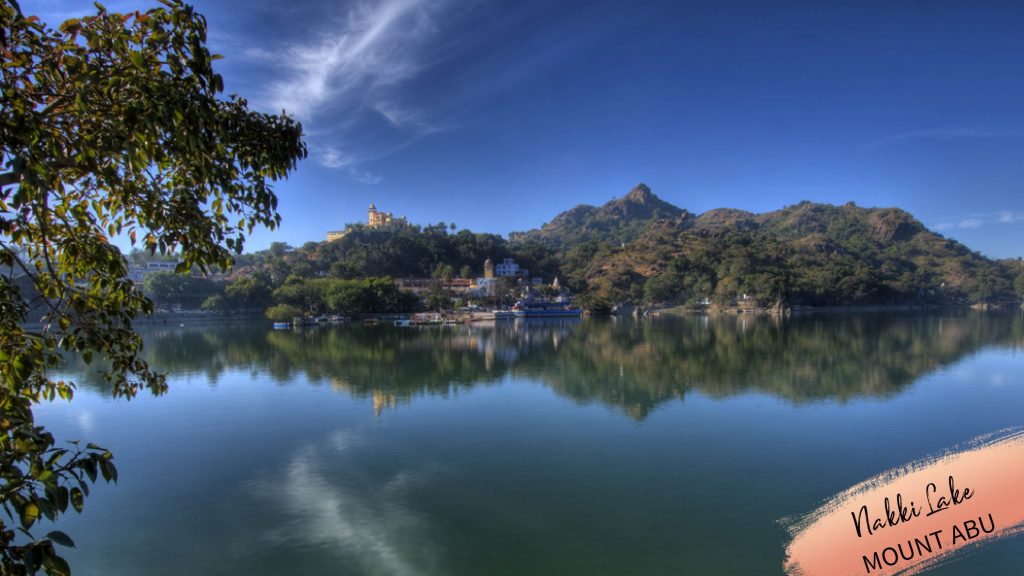 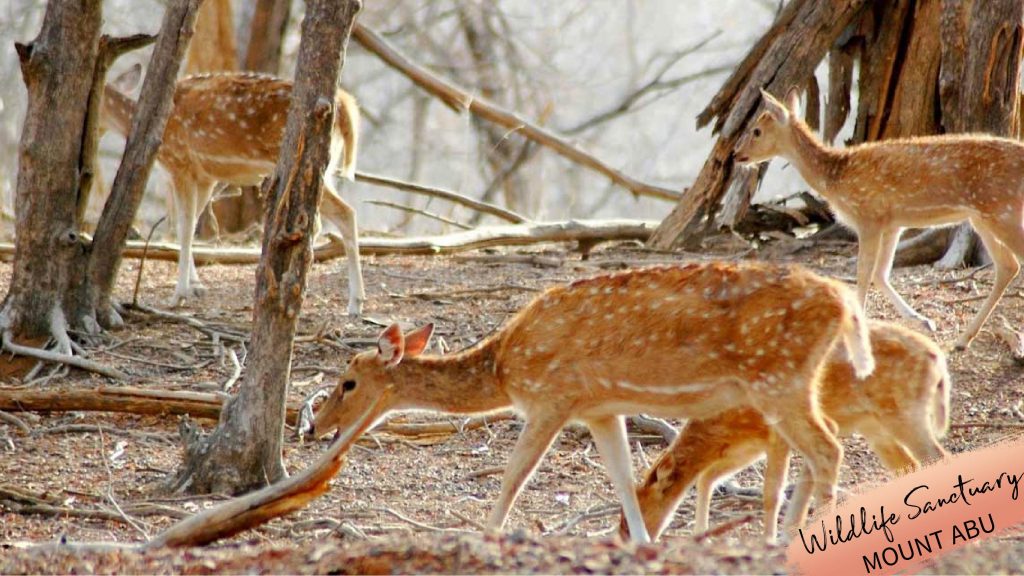 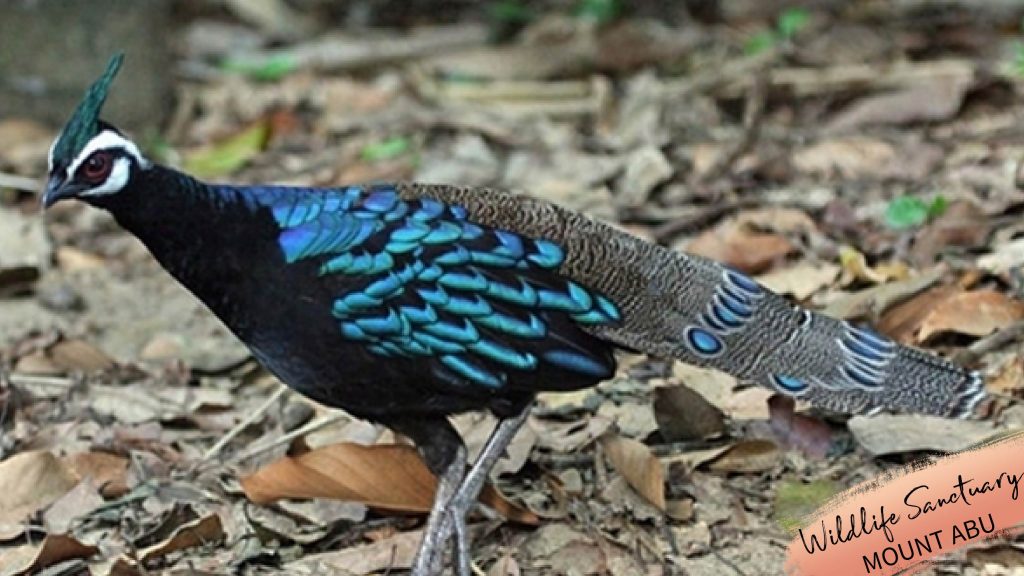 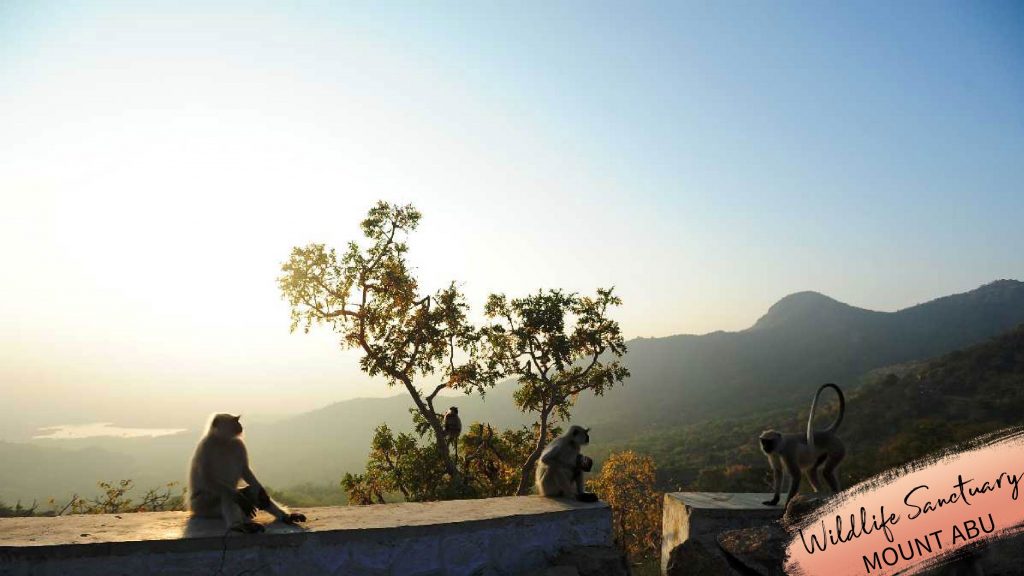 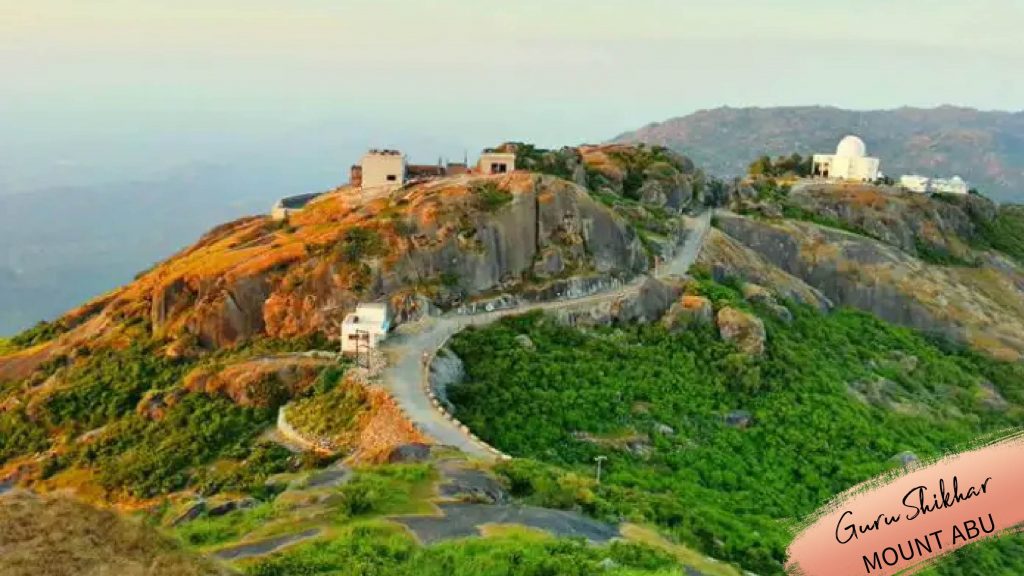 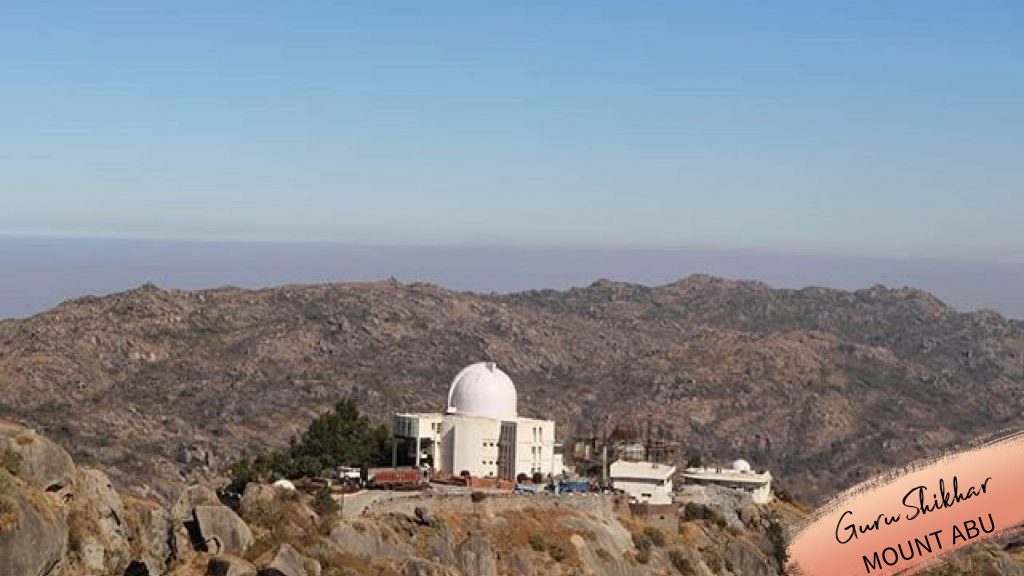 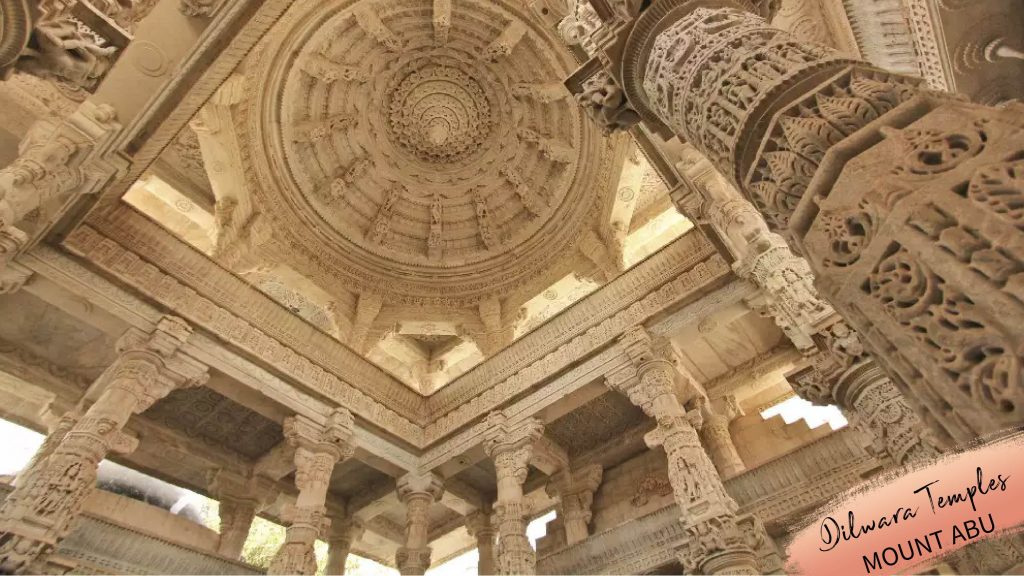 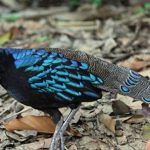 “A beautiful hill station in Rajasthan”

Rajasthan’s exclusive hill station makes it for a major attraction for tourists within the state, because of its cool and fresh weather and lush environment. The most essential attraction of the hill station is the Dilwara temples. If you are a history or architecture nerd, you should not miss this place as it has one of the most stunning architecture in India.

You can spend hours here looking at the exceptionally intricate design, all this while wondering how these temples were built a thousand years ago, for over 2 centuries. These temples have been withstanding the test of time for so long, as they were built in order to look plain from the outside and specifically not attract the attention of plunderers. Even if architecture is not your cup of tea, there’s plenty for tourists to see, like the honeymoon point, sunset at sunset point, etc.. You can also enjoy boating in Nakki lake which is very relaxing and calm.  The Aravali range, surrounded by greenery, also hides its highest peak in Mount Abu. As a destination of a very simple and relaxing nature, Mount Abu offers you a complete package of what you can demand from it.

One of the most renowned sites for Jain pilgrimage and the lone pristine hill station of Rajasthan, Mount Abu is referred to as ‘Arbuda Mountains’ in the Mahabharata. Coiled from the name of the mighty snake ‘Arbuda’ of the Hindu mythology, Mount Abu is believed to belong to the Arbudaanchals. It is believed that Arbuda, the snake abided by the command of Lord Shiva, and closed an existing gorge, which is celebrated by the christening of the hill. Eventually, it advanced on to become ‘Mount Abu’, a home for religious devotees. As per the folklore, the serene mountain range is often visited by most of the Hindu gods and goddesses. The abode of Sage Vashishth, Gaumukh, is known to be a constant religious juncture of the range. Due to the lack of information on Mount Abu, it is difficult to gain a deeper understanding and draw insights from its history. One interesting fact about this place is that because of the tough and dense terrain, it wasn’t the attacking point for foreign invaders. However, some available pieces of historic evidence suggest that the place was once ruled by Bhillas, Nagas, Solankis, and Deora- Chauhans. Under the reign of the Solankis and with the support of the best architects, the Dilwara temple was built. Later, the place started to be known as the ‘Gurjarabhoomi’ as the quintessential glory emerged under their reign. This was followed by the Mughal rule when the glory started to fade. Later, Mount Abu acquired the title of ‘the summer capital of Rajasthan’ under British Rule, along with its lost glory and importance. The British also built some convent schools and installed some military cantonments in the area. Decorated by its charm and historical and mythical references, Mount Abu remains to be a popular tourist destination.

If some family time and a religious trip to some grand Hindu and Jain temples are what you seek, Mount Abu remains to be the most popular holiday destination. The must-visit list for places in Mount Abu includes the Arbuda Devi Temple and Shri Raghunathji Temple (carved out of solid rock). The highest point here is the Guru Shikhar peak and above it, a shrine temple called Dattatreya. Dilwara temples, built between the 11th and the 13th century and made out of white marble are a major attraction for tourists looking to visit Jain temples. The Vimal Vasahi temple, built in 1021 AD as a dedication to Jain Tirthankaras, is one of the oldest temples. The place also acts as the center of operation for the Brahma Kumaris. Achaleshwar Mahadev Temple, a popular temple of Lord Shiva is also a must-visit.

Nakki Lake and the Wildlife Sanctuary

The forest inside the Aravali Mountain range, which covers almost 288 square kilometers, was declared the Mount Abu Forest Sanctuary officially in 1980. It has a plethora of fauna and flora in abundance. This tropical forest, whose prime predator animal is a leopard, also includes pangolin, wolf, sambhar deer, hyena among others. The sanctuary also provides shelter to a wide variety of birds, nearly 1250 species, of which the Grey Jungle Fowl is the most distinctive.

Another place with a lot of stories surrounding it is the sacred and ancient lake Nakki. According to some stories, it was built by gods to save themselves from the demon of Bashkali. There are various other stories around it. It also offers a great boat ride and a trek for people who love adventure and thrill. Local cuisine is also available at affordable prices in the eateries around the lake.

Just like the place, the food at this hill station is local and simple in nature. The tourists should not expect a lot of options for non-vegetarian food as a lot of restaurants and eateries serve only pure-veg cuisine because of the presence of many Jain temples around. However, you can expect a variety of cuisines like Rajasthani, Punjabi, and Chinese. You can find most of these restaurants in the center of the city. Our recommendation is to always try the local cuisine that they specialize in, instead of the Chinese/Punjabi cuisine.

Day1: When you arrive, on the way to the city from the station, try some local breakfast. Check in to the hotel. Go to the spectacular Dilwara Temple and then to Trevor’s tank, which will only be 10 minutes away. Build some more appetite after lunch by visiting the Mount Abu museum and Art Gallery. From there, take a short stroll of about 5 mins to reach lake Nakki. Boating is the highlight of this place but you could also take some time to try and visit the crocodile park and Datda Sea world, very near to the lake. Nakki Lake also has a market of its own that provides a great spot for shopping and bargaining. End your day by watching the sunset at the sunset point.

Day 2: Take a drive to the Peace park after a hearty local breakfast. Indulge yourself in the lush green surroundings. Lucky’s wax museum with popular celebrities is a good place that can be visited after lunch. It also has a mirror maze, a horror house, and other entertainment options for kids and the family to enjoy together. For an enchanting and peaceful experience head to the Guru Shikhar after this. Rajasthali, Tibetian market, Khadi Bandan, and the Chacha museum are the places to go to if you wish to indulge in more of street shopping.