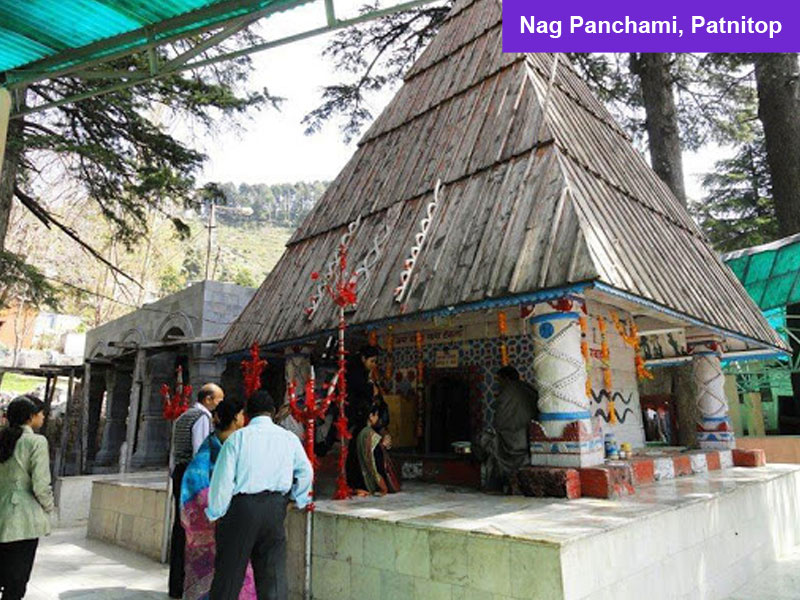 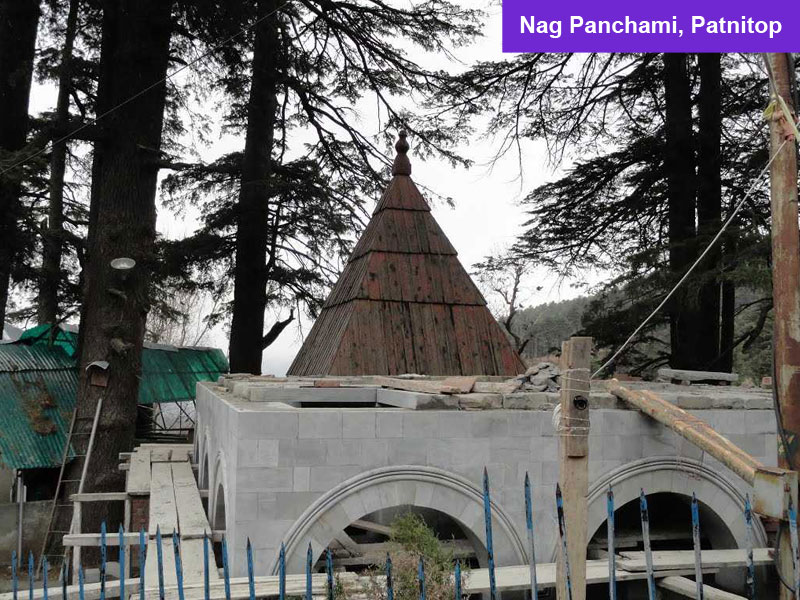 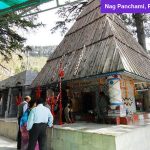 Nag Panchami is celebrated as an auspicious Hindu festival. As per the Hindu calendar, It is celebrated on the fifth day of Shravan. People across the country join in on the festivities, dedicated to the Nag Devta, or the Serpent deity. Every year, the festival is conducted at the Nag Mandir too. Nag Panchami is celebrated with immense commotion in Patnitop. This is why, huge crowds of pilgrims show up here during the festival. The place is known for its 600-year old Nag Mandir, located deep in the lush green landscapes of Patnitop. During the festival, people visit the temple from all over to worship the serpent deity and seek blessings.

Traditions and Festivities at Nag Panchami

The date is of the festival is decided as per the position of fifth day of Shravan on the Hindu calendar. This is the day when people across religions worship at the temple in their own ways, just to seek the blessings of the snake deity. Common practices include fasting for a day and conducting poojas at the temple and at homes. Some Hindu conservatives also consider not frying food at their homes on this day. Also, some religions also avoid digging earth during this day as it is believed that it disturbs the snakes under there. Idols of the snake deity are worshipped all over Patnitop.

Some religions all over the country even dig up live snakes on this day. Then, they keep them in pots and feed them with rats, milk and honey as a sign of worship. People treat snakes with great respect and are careful not to hurt them in any way. This goes even while removing the poisonous parts of the snake. Snake charmers are pretty common all over the country and so are devotees of Lord Shiva that perform the snake dance. The best place to see all these practices live in action is Baltis Shirale, about 400 km from Mumbai.

The Legend Behind Nag Panchami

The origin of the festival of Nag Panchami is said to date all the way back to the legend of Lord Krishna. As per the legend, Lord Krishna, as a kid, was attacked by the Naga Kallya. But the snake was quick to retreat on learning that Krishna was, in fact, a god. Lord Krishna used this moment to win over the snake. Carvings on the wall can be found related to the practices of this festival. These also hint at the old age of this festival. As per some sources, this festival is dedicated to worshipping the five nagas or even pleasing the snakes who are poisonous to humans.

The Shravan timing of the festival is also considered to be significant by many people. The reason behind this is because this festival falls during the months of July and August. This is also the time when people work extensively in the fields harvesting. Hence, they are exposed to deadly snake bites. Therefore, because of the festival, people have faith in the religion and consider praying to the snake gods as the only way to stay safe.

Nag Mandir in Patnitop is a popular destination amongst devotees of Shiva to celebrated the festival of Nag Panchami. As per the mythologies, the mandir is said to be over 600 years old, located on the top of a peak. Even though many calamities have come and gone in 6 centuries of its existence, the mandir is still unaffected. The purity of the Mandir is also defined as per legend to be high considering it is the place of marriage of Lord Shiva and Goddess Parvati. Numerous people visit the Nag Mandir within the trust that their wishes will be satisfied or include to the thousands of red ribbons to secure a marvel which could be a story frequently tied to the sanctuary. The wooden structure of the Mandir stands tall against the green landscapes in the backdrop.

By Air: Jammu airport is the closest airport to Patnitop

By Rail: Jammu and Udhampur are the closest railway stations to Patnitop.

By Road: At about a distance of 110 km from Jammu, Patnitop is accessible by taxis and private vehicles.