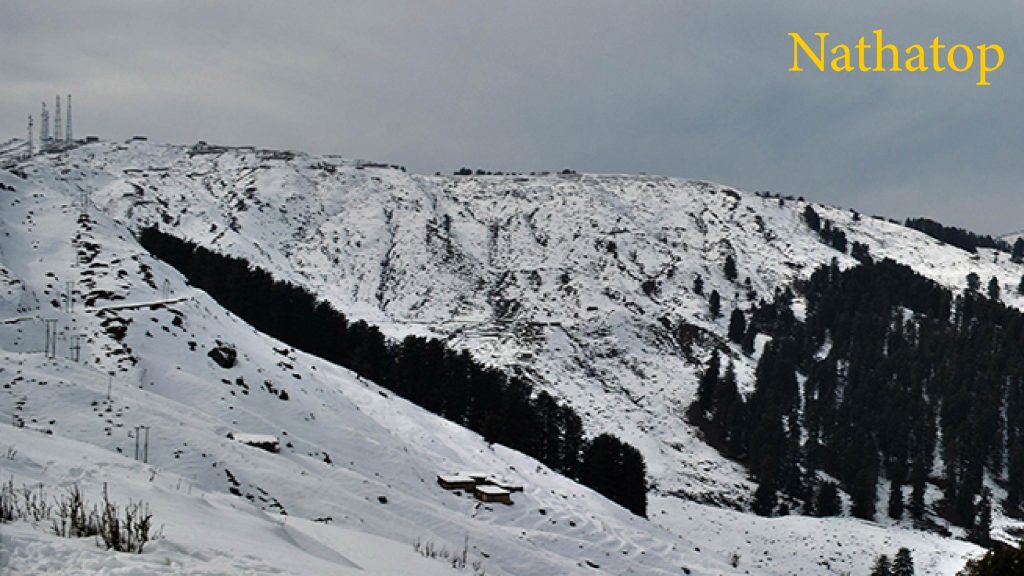 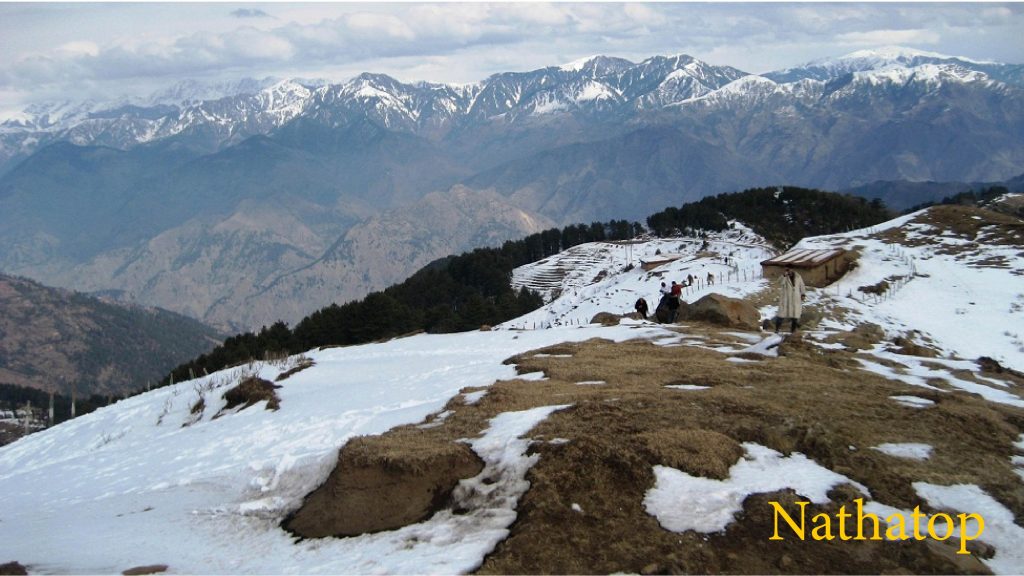 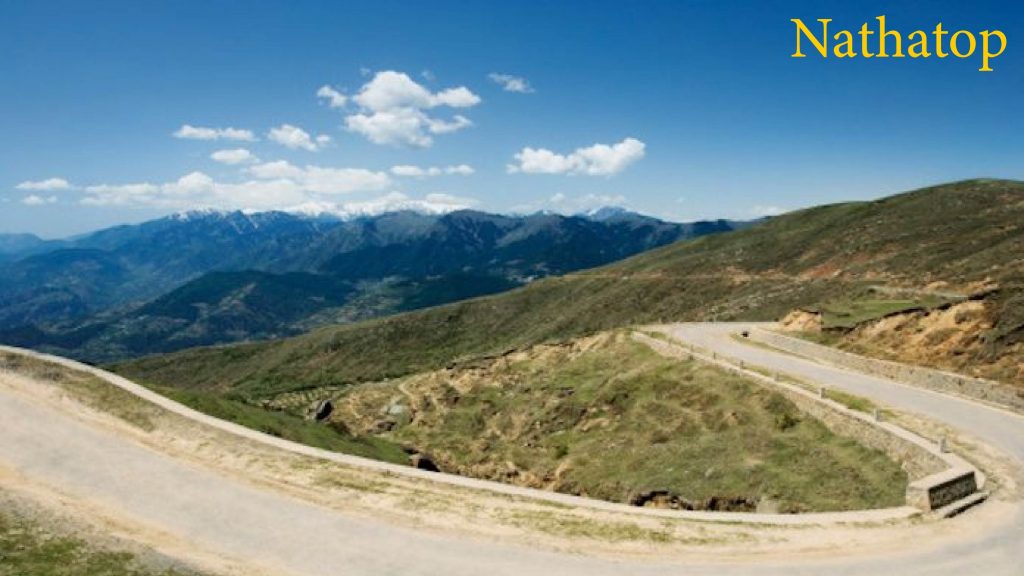 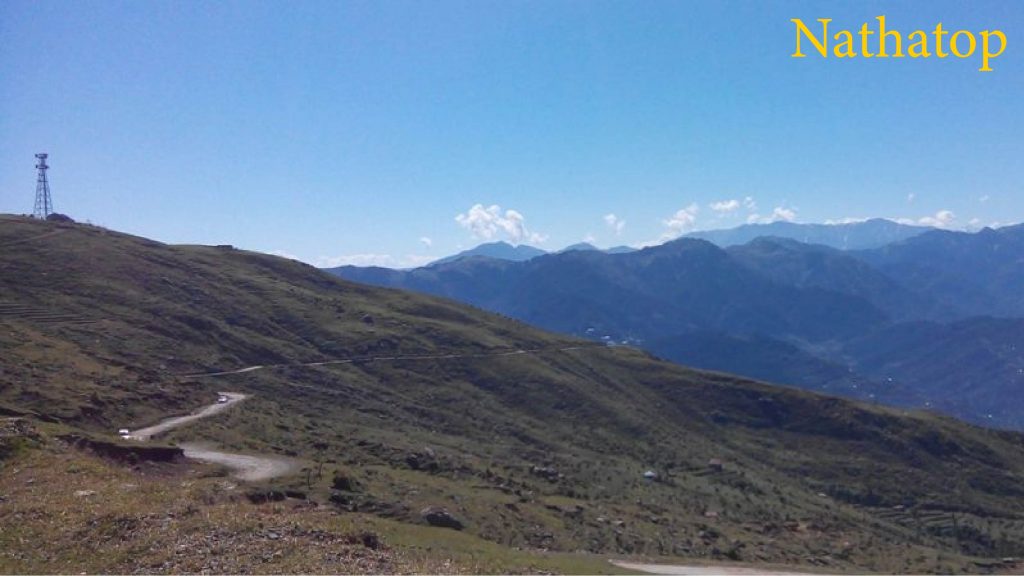 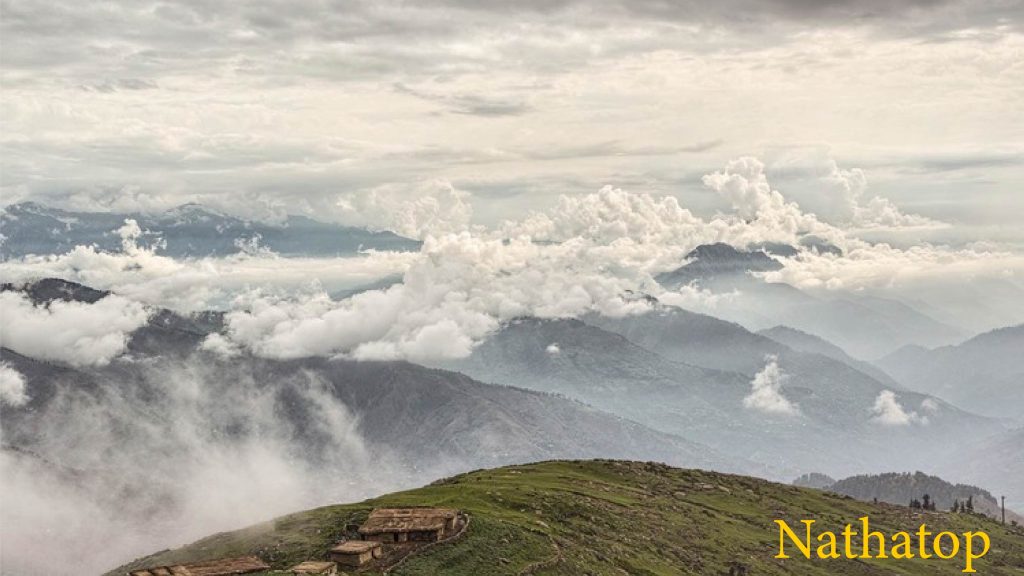 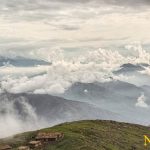 A short trek trip from Patnitop takes you further up to Nathatop, another hill station located at an altitude of 2711 m above sea level. This place is completely covered in snow during the winters for miles and only looks prettier. You have the option to go skiing during this time in the mountains. Nathatop also offers paragliding and that has become a popular sport for tourists in the place. The place also offers stunning views of the Himalayan mountain range.

Food options at Nathatop include a number of roadside vendors. They are hygienic and offer many delicious snacks for people to enjoy. The place is a known picnic spot. Anyone who wants a getaway from the noisy outside world is welcome here to sit amongst the serenity of nature.

Nathatop is as peaceful as a place can get. It is surrounded by the Pir Panjal mountain range that gets covered in snow during the winters. While the snow-clad mountains mark for a stunning visual, summers see the snow melting away to give way to lush green slopes.

Tourists are mostly attracted by the paragliding activities offered at Nathatop. The paragliding rides are organised at a landmark site that is located about 2 km from Nathatop on the Patnitop-Sanasar highway. This site is known as Dawariyal. Apart from being famous as the base of adventure sports, Dawariyal is also mostly known for its stunning picturesque views.

The paragliding high-flying begins at Nathatop to end at Kud. The velocity of the wind affects the duration of the ride. It can be as short as 15 minutes and as long as an hour. The notable languages that are spoken at Nathatop include Hindi, Urdu, Dogri and Kashmiri.

How to Reach Nathatop

Located at a distance of 14 km from Patnitop is the hill station of Nathatop. The nearest railway station to the place is Udhampur from where you can hire cabs to get to your destination. 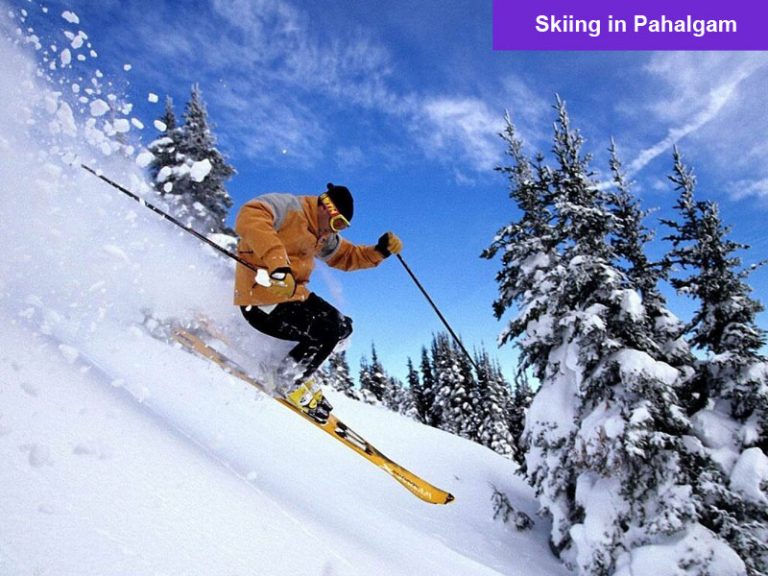 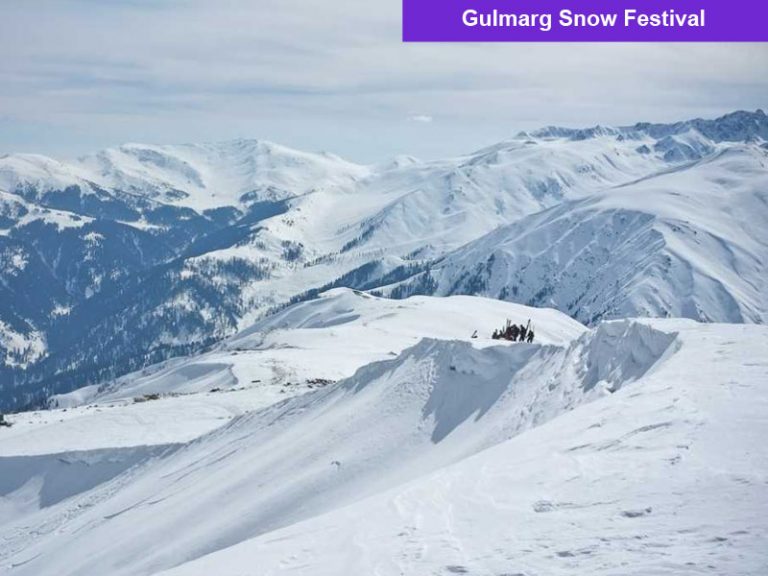 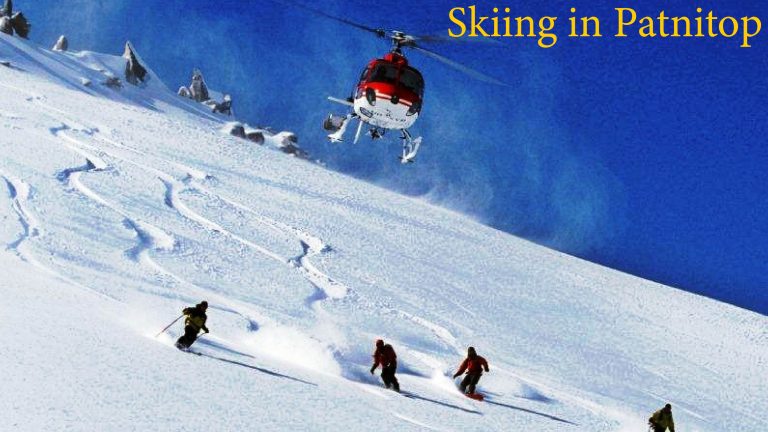