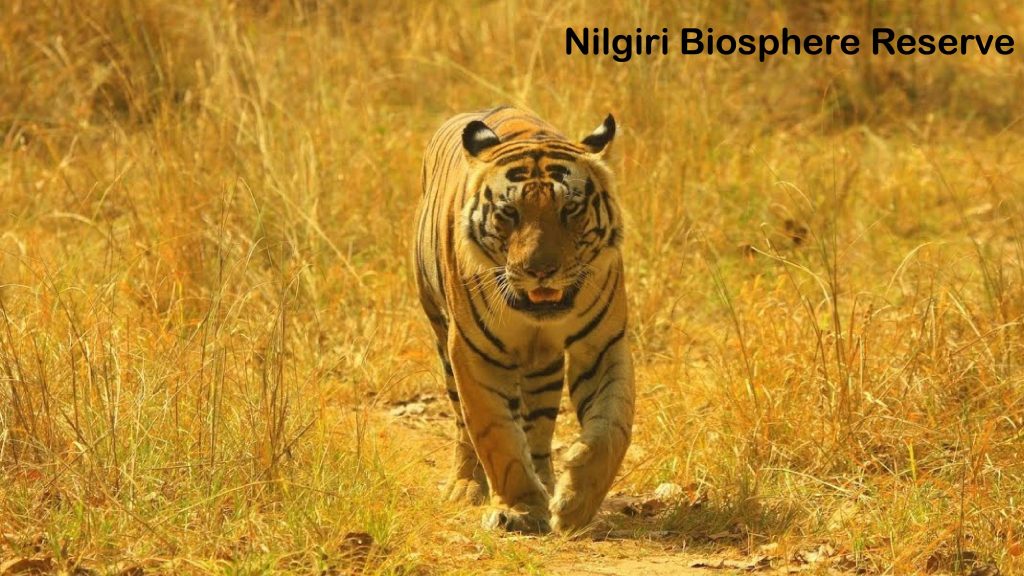 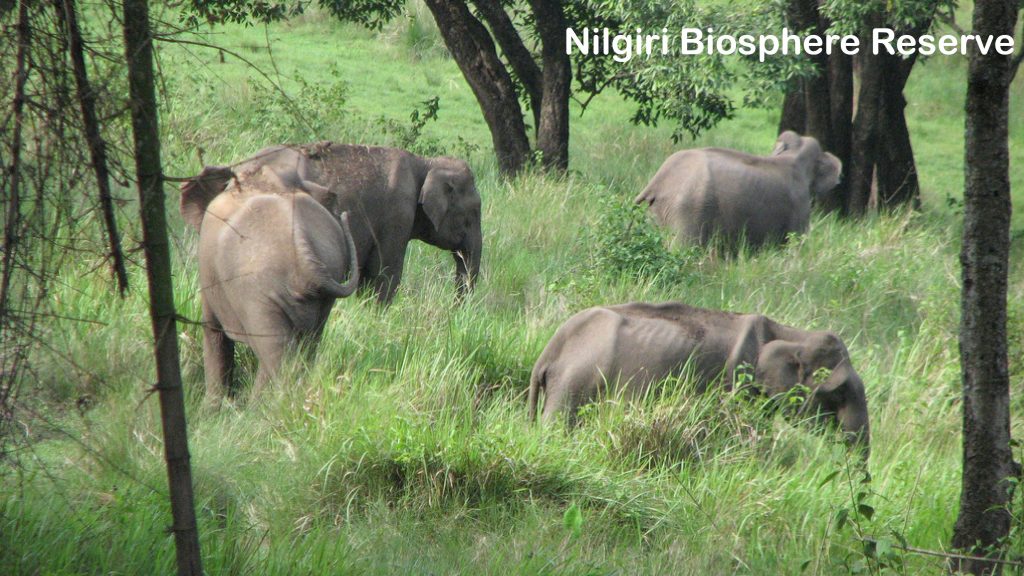 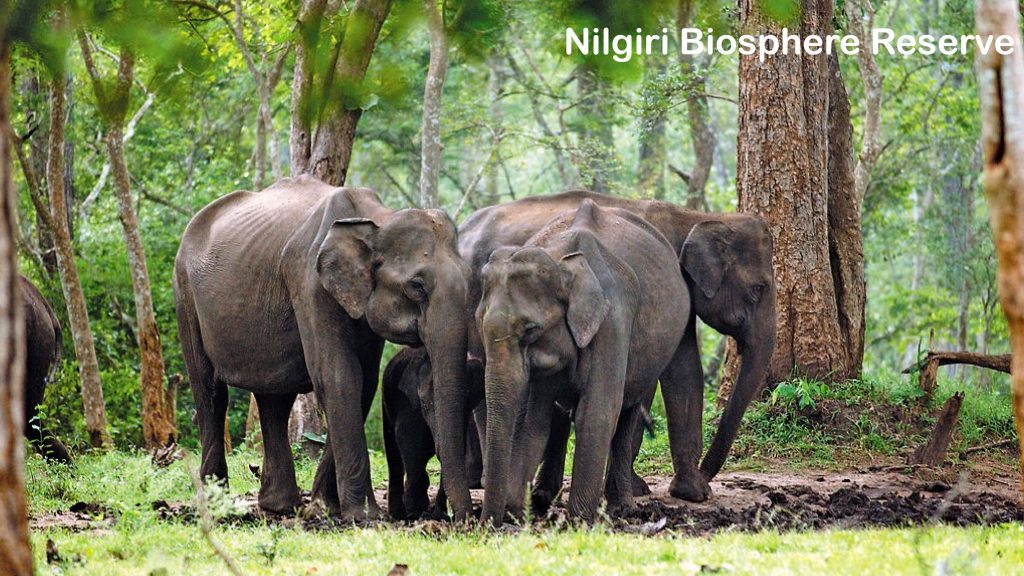 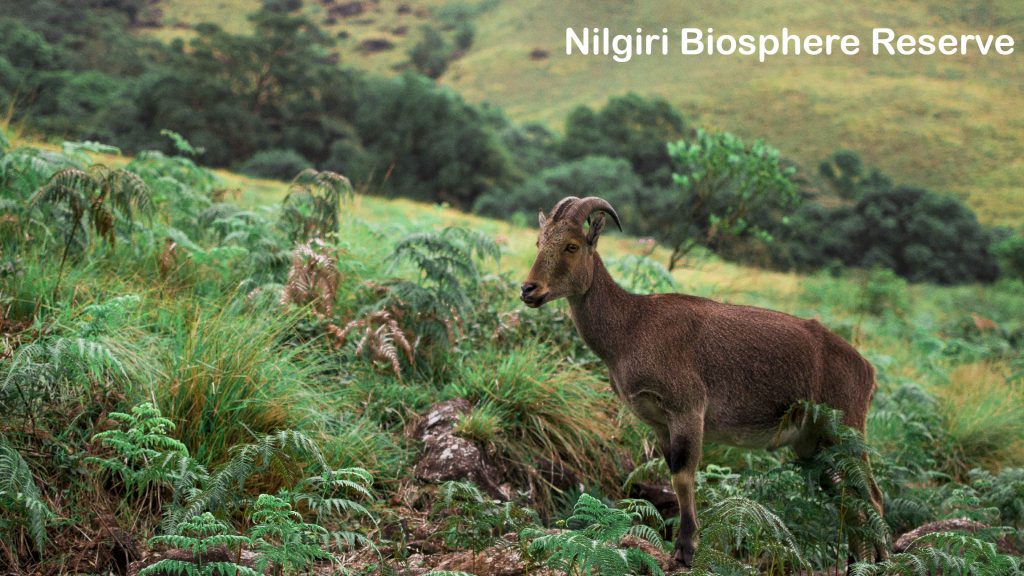 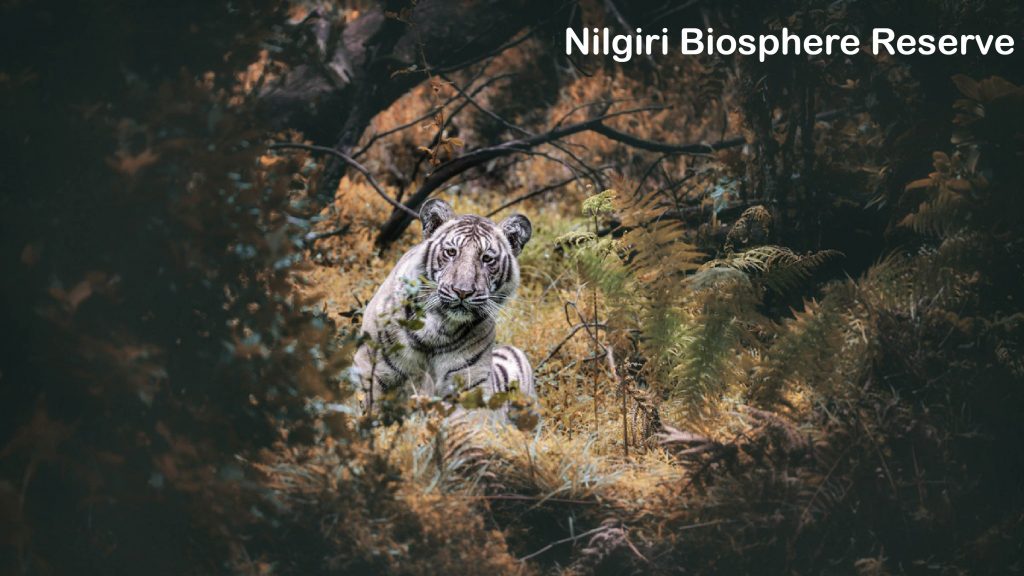 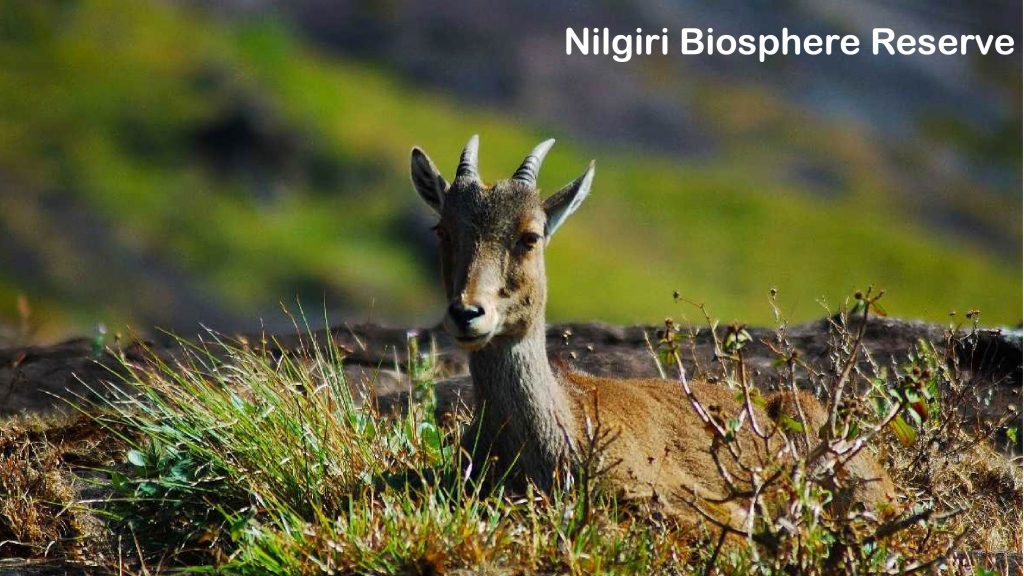 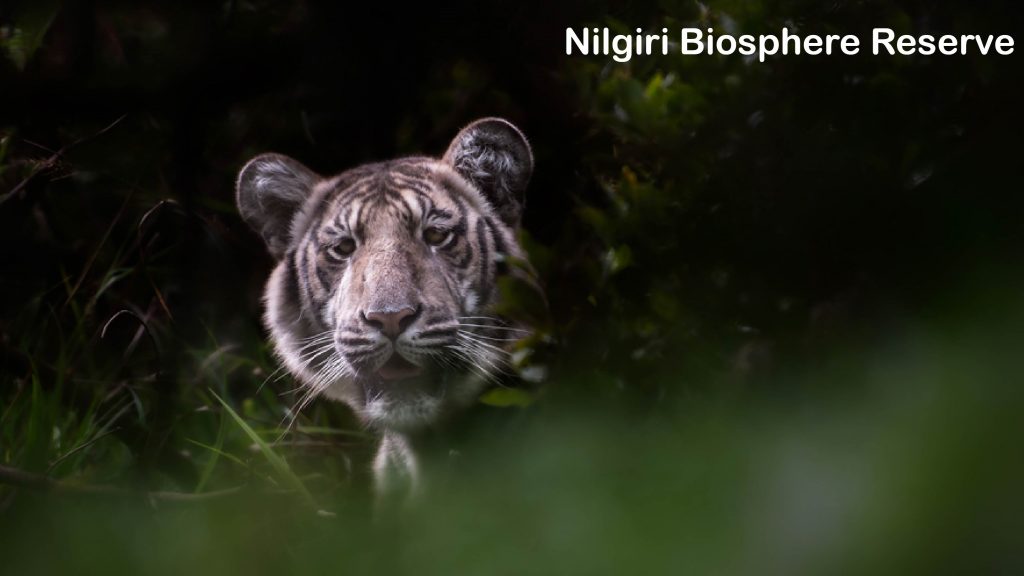 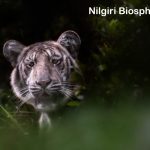 Under the hood of majestic Western Ghat, Nilgiri Biosphere Reserve lies on the lap of lush green Nilgiri Hill. Nilgiri Biosphere Reserve is a UNESCO world heritage site of India encompassing three states– Kerala, Karnataka and Tamil Nadu. The coverage of this reserve includes the Bandipur national parks, Mukurthi, Mudumalai, and Wayanad with a total area of 5,520 sq. km. The best way you can explore the beauty of this place is through trekking. You can not only get some amazing view of nature but can come across many wild animals as well.

A large part of the Nilgiri Biosphere reserve is dedicated to the national project initiated for conserving and protecting Tigers and Elephants who are the two most important animals of India subcontinent. It definitely draws the attention of many wildlife enthusiasts who love to go for trekking as well as get a glimpse of our national animal and mighty Elephants. You can also see other animals such as Leopards, black panther, mongoose, squirrel, line tailed macaque, Nilgiri tahr, grey langur and many more species. A wide range of floral species including some medicinal plants and roots are quite famous in this region.

Wildlife Sanctuaries coming in the radius of Nilgiri Biosphere Reserve

The Nilgiri Biosphere reserve includes many national parks and wildlife habitats. The land distribution in three states of India is as follows: Karnataka (1527.4 km²), Tamil Nadu (2537.6 km²), and Kerala (1455.4 km²).

Mudumalai National park located in the state of Tamil Nadu is famous for being the habitat of Elephants and Bengal Tigers. It is now considered as a tiger reserve to protect the tiger population. It is located at a distance of 150 km from Coimbatore city of Tamil Nadu.

It was given the status of Tiger reserve to protect the population of Royal Bengal Tiger. On 3rd November 2008, it was recognised as a wildlife sanctuary. This sanctuary is the home to leopards, Bengal tigers, Sambar deer, Blackbucks, Spotted deer and many more species.

Mukurthi National Park was conferred with the title of UNESCO World Heritage Site in 2012. It houses wildlife among which Royal Bengal tiger, Indian Elephants, Nilgiri Tahr and Nilgiri Langur are popular.

Nagarhole National Park is situated in the district of Kodagu and Mysore of Karnataka. It is the 37th Tiger Reserve Project of India. This place is blessed with natural beauty, such as streams, valleys, hills, and waterfalls. The predator to Prey ratio is quite balanced in this area, which houses Elephants, Bisons, Tigers, Deers, Bores and many more.

Under the national tiger Project of India, Bandipur National Park was also declared as a tiger reserve. Not only you can get a chance to see the mighty big cat, but this place is the home to Muggers, Spectacled Cobra, Rock Python and four-horned antelopes.

This wildlife sanctuary comes under the 1972 Wildlife Protection Act. it is located at the meeting place of the Western Ghats and the Eastern Ghats. You can witness a unique type of ecosystem with deciduous forest and broadleaf forest. The animals reside in this wildlife are a giant flying squirrel, tigers, leopards, elephants, wild dogs and many more.

This wildlife sanctuary is quite famous in South India due to its geography with a dam near Beechanahalli. This place is the land of Cheetal, Spotted deer, Sambhar, Leopard and a whopping number bird species(around 250 species)

Wayanad is the second largest wildlife park in the state of Kerala. It is an Elephant reserve that comes under the National Elephant Project. This place is a utopia for many birds and animals species. Some of them are Bisons, Deers, Wild cat, Bengal tigers, Elephants, Monitor lizard, cuckoo, jungle fowls, peacock, woodpecker, to name a few.

Due to its strategic location , it is bounded by many magnificent hills of both Western and Eastern Ghats. This unique ecological hotspot is truly admirable in every sense. The flora and fauna species this place contains are widespread and remarkable.

Flora- According to a count, there are about 3,300 plant species can be found in Nilgiri Biosphere reserve. Out of these, few are only indigenous to Nilgiri whereas 132 species are endemic. Some popular plant species are Jarodina, Poeciloneuron, Frerea, Frerea, Wagatea, Adenoon, Vanda, Baeolepis, Calacanthus, and Sholas. There are about 175 species of orchids can be found in the Biosphere reserve out of which eight are endemic.

1- Don’t get indulge with animals, mind your distance.

2- Don’t dispose of the waste on land.

How to Reach Nilgiri Biosphere Reserve

Nilgiri Biosphere reserve is not located in one state. Rather it comprises of many wildlife sanctuaries and national parks distributed in the states of Kerala, Karnataka and Tamil Nadu. So as per your plan, you can reach any one of the National Park or Sanctuary via road and railway from the nearby cities. 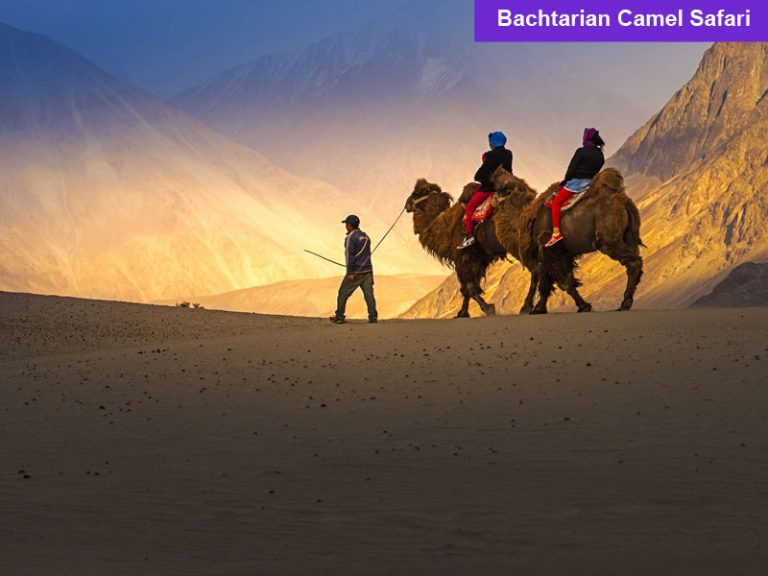 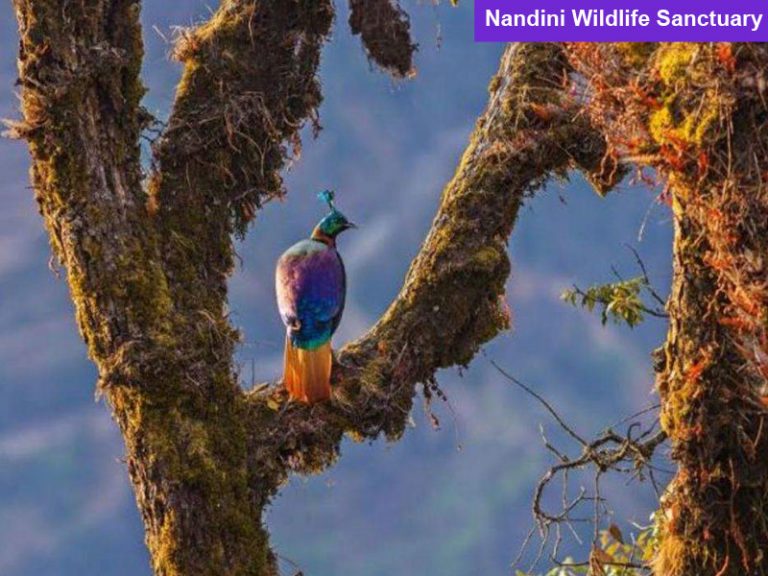 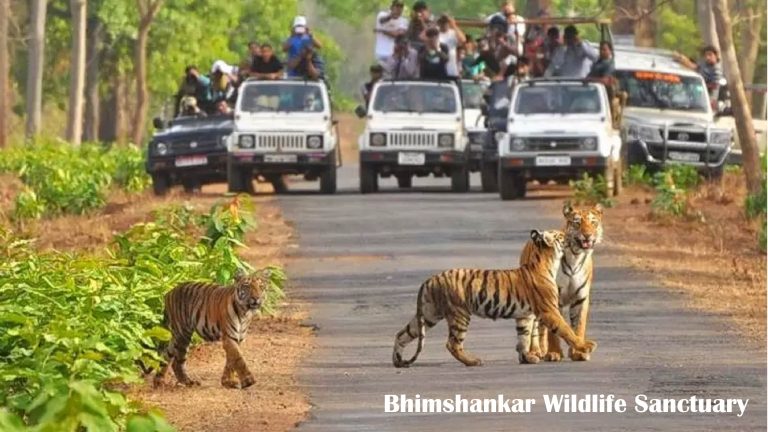