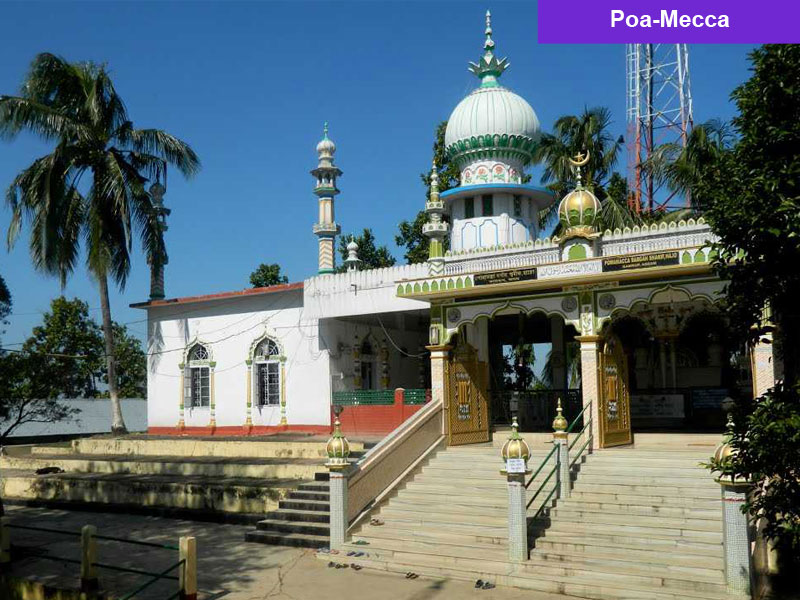 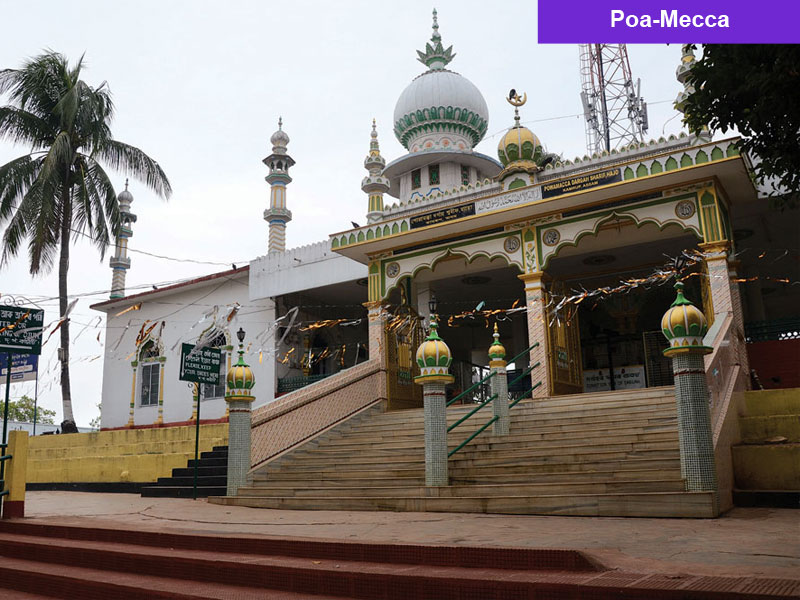 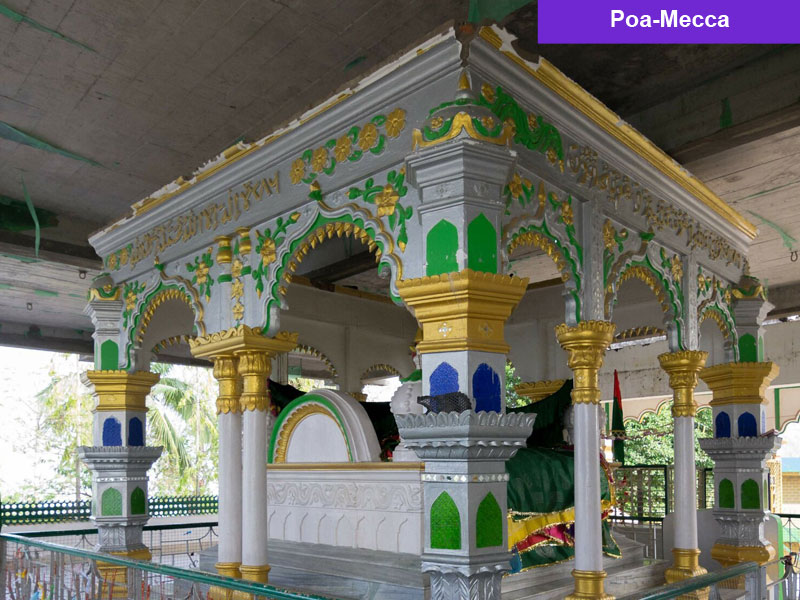 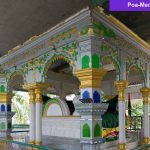 One would have thought that there would be just a few places to visit in a small village like Sualkuchi. Poa-Mecca can also be found in this village.

It is one of the respected holy temples of Muslim folks in India. it has been there since as far back as 1657 and this is confirmed by the inscriptions on the wall of the shrine, there is also the information on the wall that it was erected at the time of Mughal ruler Shahjahan, and Mir Lutufullah-i-Shiraji was the one who erected the building.

Poa-Mecca can be found very near the Madhav Temple of Sualkuchi. It is a place very many Muslims visit as it is the popular belief that praying there gives faithful’s almost the same kind (1/4) of knowledge and blessings that one could get from the holy Mecca. This also earned it the name Poa-Mecca, where Poa means one-fourth.