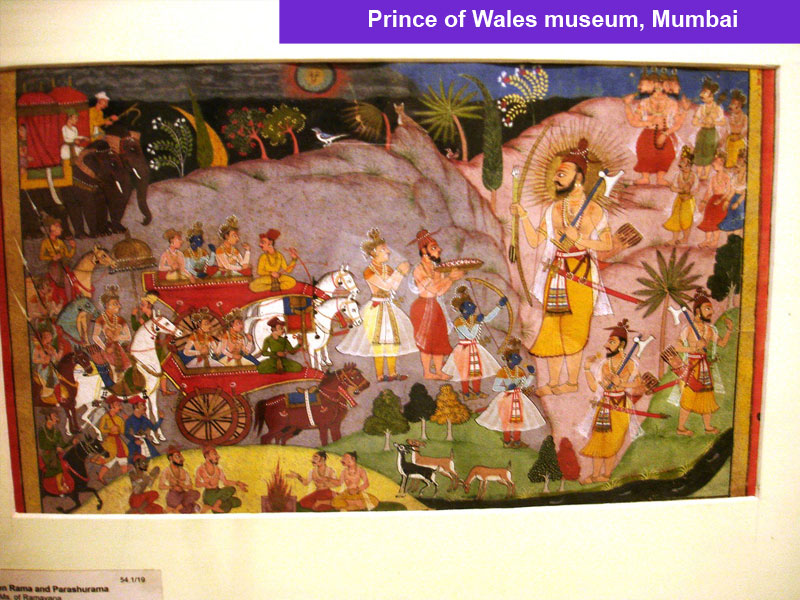 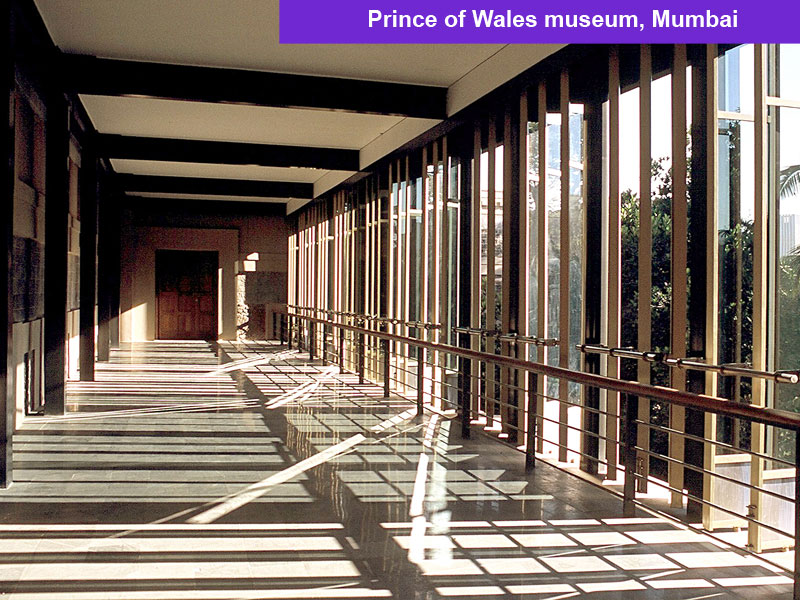 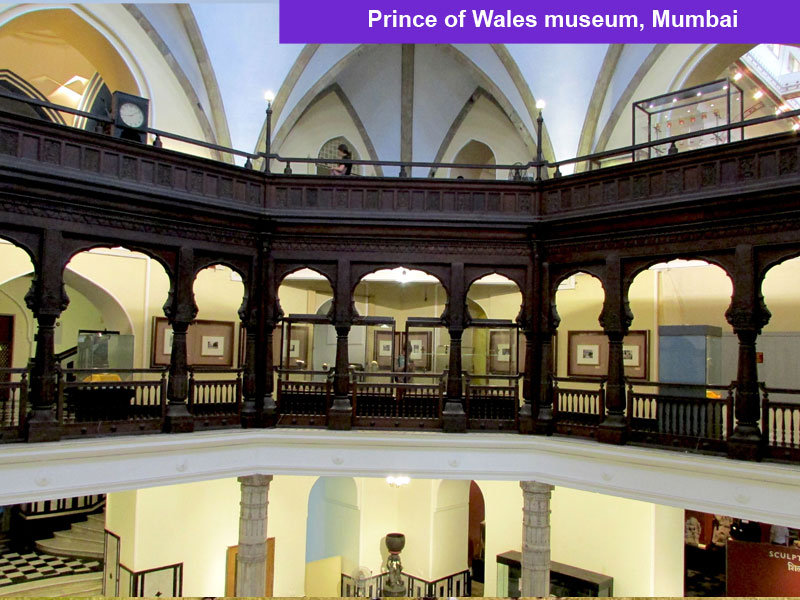 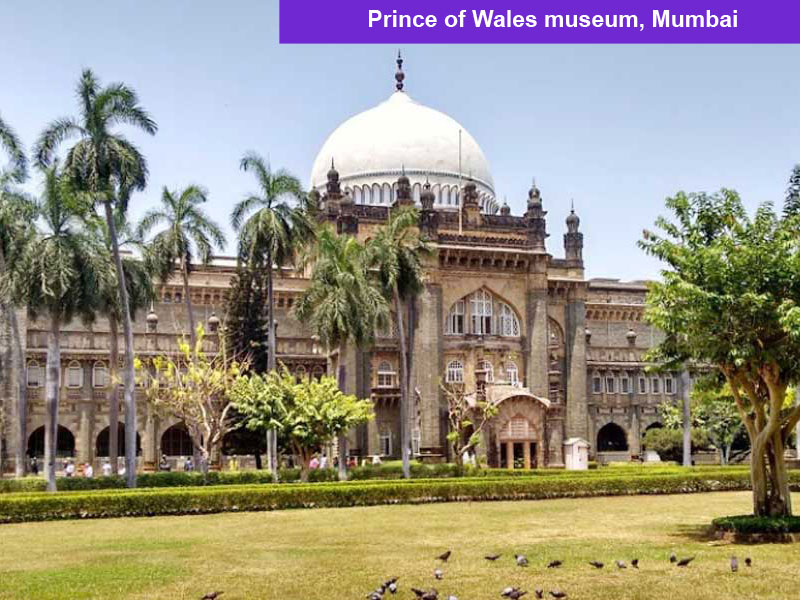 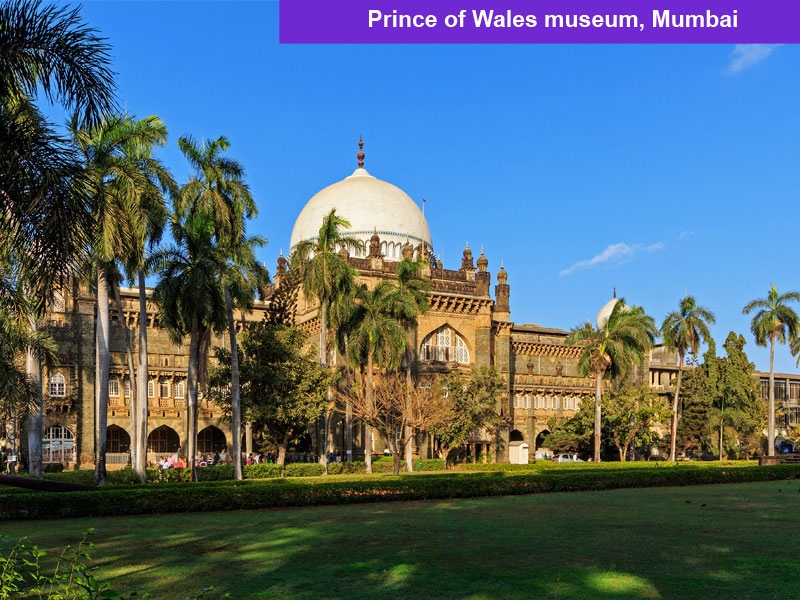 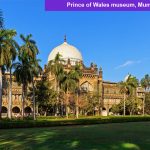 Situated in Mumbai, the Prince of Wales Museum is a magnificent monument which is considered to be one of the most important heritage structures in the city. Prince of Wales laid the foundation of this structure on 11th November 1905 and later in the year 1922 it was converted into a museum. You will be fascinated by the sprawling portico of the Museum which is adorned with lush green meadow and a garden. The edifice represents a perfect fusion of Mughal, Indian and British architectural styles and houses almost 50,000 wonderful artefacts pertaining to India’s rich past. Your attention will be grasped by a well-defined latticework and embedded colourful stones on the walls of the museum.

The museum has now been renamed as ‘Chhatrapati Shivaji Maharaj Vastu Sangrahalay’ and is included in the list of India’s most famous museums. The structure houses a wide collection of artworks of the past, artefacts and sculptors. A visit to this museum will for sure prove to be an enriching and insightful experience. Recently, the museum under a massive renovation during which many new sections and galleries were included in the museum. The newly added establishments exhibit artworks pertaining to Hindu Gods, traditional costumes and textiles, and many other things related to Indian culture.  The museum is indeed a perfect demonstration of India’s rich culture of the past.

More on Prince of Wales museum

History of Prince of Wales museum

The idea of building the Prince of Wales Museum was proposed in 1904 in order to celebrate the visit of King George V to India. The foundation of this edifice was laid down in 1905 and the first brick was put in place by the Prince himself. Later a piece of land was granted by the Government of Bombay on 1st March 1907 to allow the construction of this museum.

The mastermind behind the design of this monument was the Scottish architect, George Wittet. The construction was finally completed by 1915. During the First World War, this museum was used as a military hospital and a welfare centre for children. The museum was finally inaugurated by Lady Lloyd, the wife of George Lloyd on 10th January 1922.

This monument is now recognized as one of the Grade I Heritage Buildings in Mumbai and was also awarded Urban Heritage Award in 1990 by Bombay Chapter of the Indian Heritage Society. To honour the bravery of Marathas, the name of this museum was changed to ‘Chhatrapati Shivaji Maharaj Vastu Sangrahalaya’ in later years.

Architecture of the museum

Built over an area of about 12,000 sq. meters, the museum complex is a perfect illustration of British engineering and craftsmanship. The architecture of the museum is a combination of 15th and 16th century Islamic and Gujarati architectural styles, with splendid English brickworks. The Indo-Saracenic style of this monument is also heavily influenced by the Mughal style which can be seen from a brilliantly positioned dome on the top of the edifice. The beauty of the museum is further enhanced by the lush green lawn located at its façade. The museum is divided into three sections namely Archaeology section, Natural history section and Art section.

The main building of the structure is constructed from Kurla Basalt and buff trachyte Malad stone. The three-storied museum has a central concourse that is covered by a dome. There are many other smaller domes surrounding the main dome and the interior of the structure is adorned with railings, pillars and balconies that represent 18th-century architectural style. After the renovation of the museum in 2008, new establishments have been added to the complex including a conservation studio, five new galleries, a visiting exhibition gallery and a seminar room. The museum also houses a library that has a good collection of ancient books and scripts.

Collection at the museum

The Prince of Wales museum houses a wide variety of artefacts and showpieces that are of national importance. The artefacts here belong to several countries such as Tibet, Nepal and other eastern countries. There is also a beautiful collection of 2000 miniature paintings that hail from various popular school of art and culture in the country. In addition to this, there are ancient art and sculptures displayed in the art gallery of the museum. Decorative artworks made from metal, ivory, wood and jade also form an important part of the museum collection.

The museum also comprises of ancient artefacts that date back to 2000 BC Indus Valley civilization and also houses a few of the remnants from Gupta and Maurya period. The Natural History  section is known to house several mammals, reptiles, amphibians, fish and birds.

A division in the museum is also dedicated to Indian arms and armour that exhibits several types of weapons, shields, swords, and many other objects used during warfare.  The walls of the museum are also decorated with European oil paintings as well. The museum organizes lectures and exhibitions on various interesting topics on a regular basis.

Tips For Visiting the museum

1.    If you want, you can opt for an audio guide while touring the museum. It is a good way to enrich your knowledge about the museum and the information is provided in English and many other languages.

2. The museum also houses a fancy cafeteria where you can satisfy your appetite. You can even shop for a few souvenirs at the museum shop.

How to Reach Prince of Wales museum?

The museum is located very close to both the major terminal of Mumbai, Chhatrapati Shivaji Terminus and the Churchgate. You can walk to the museum from here and it will hardly take 20 minutes to reach the place. 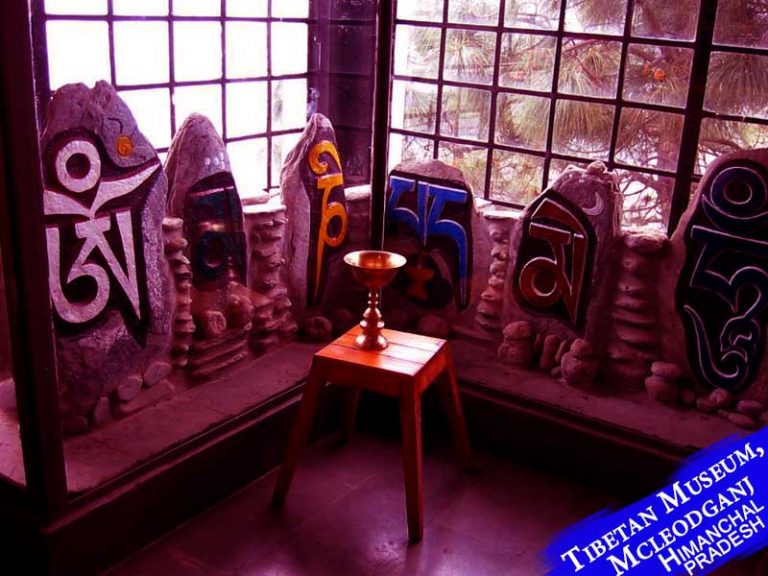 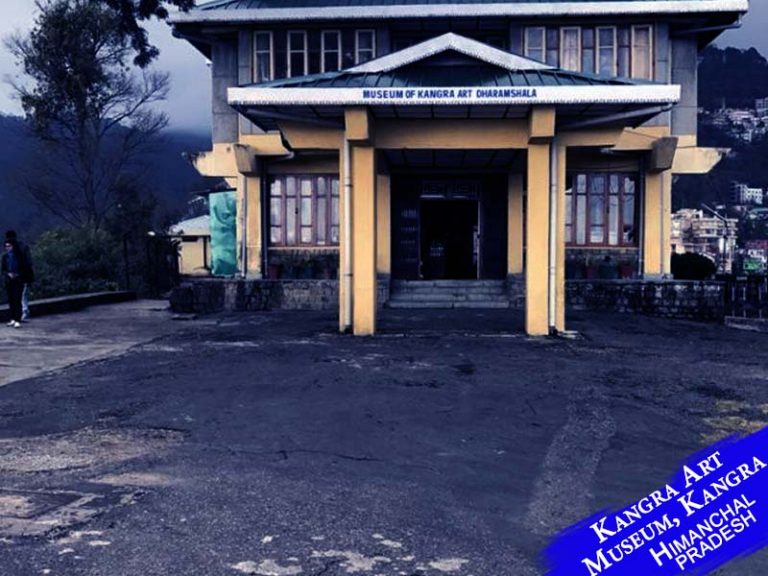