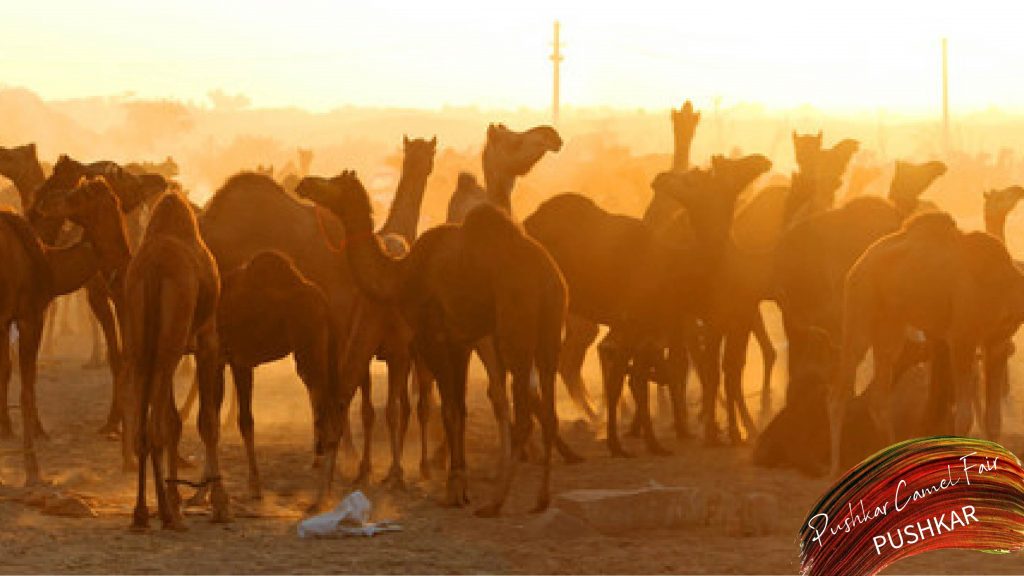 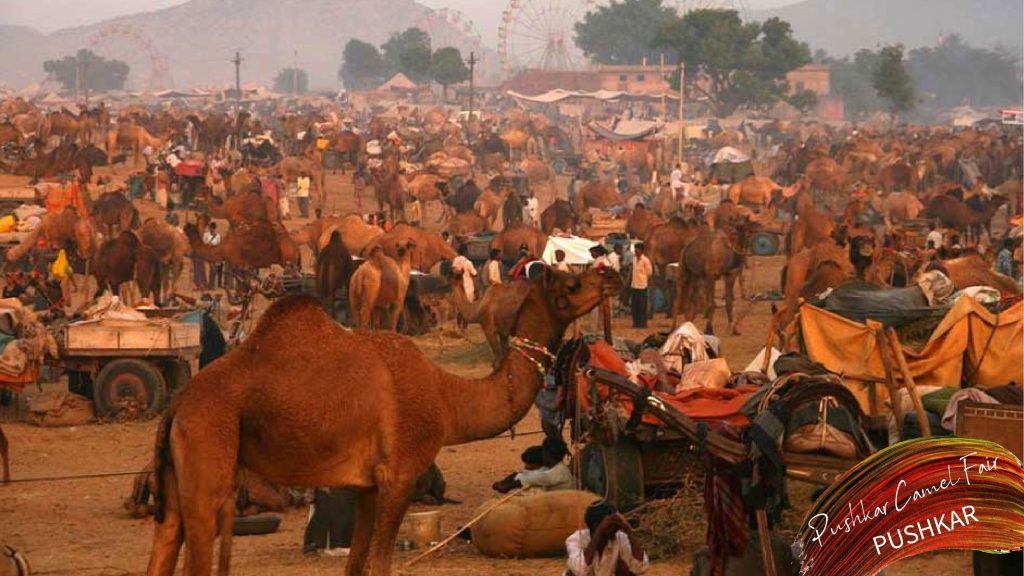 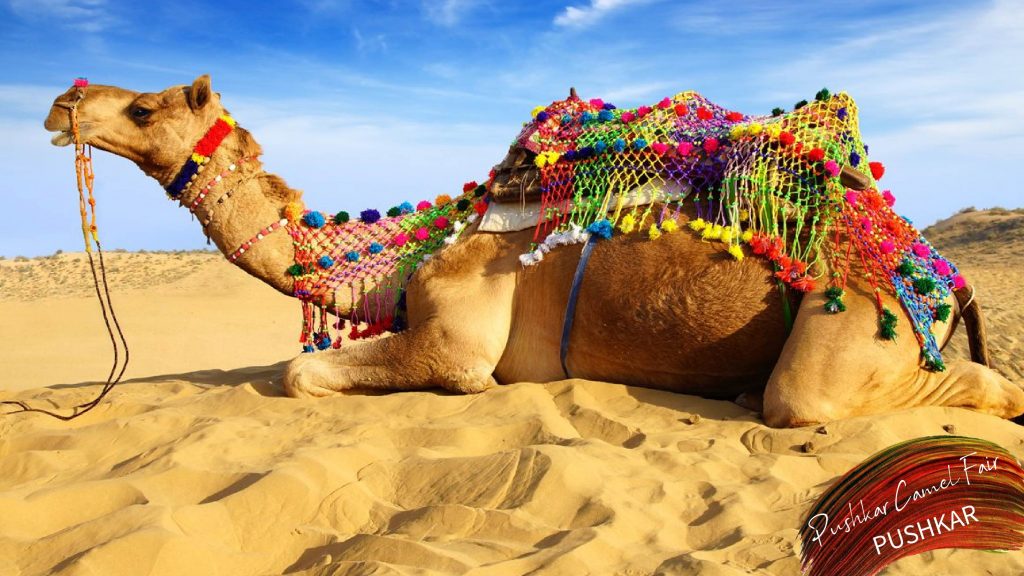 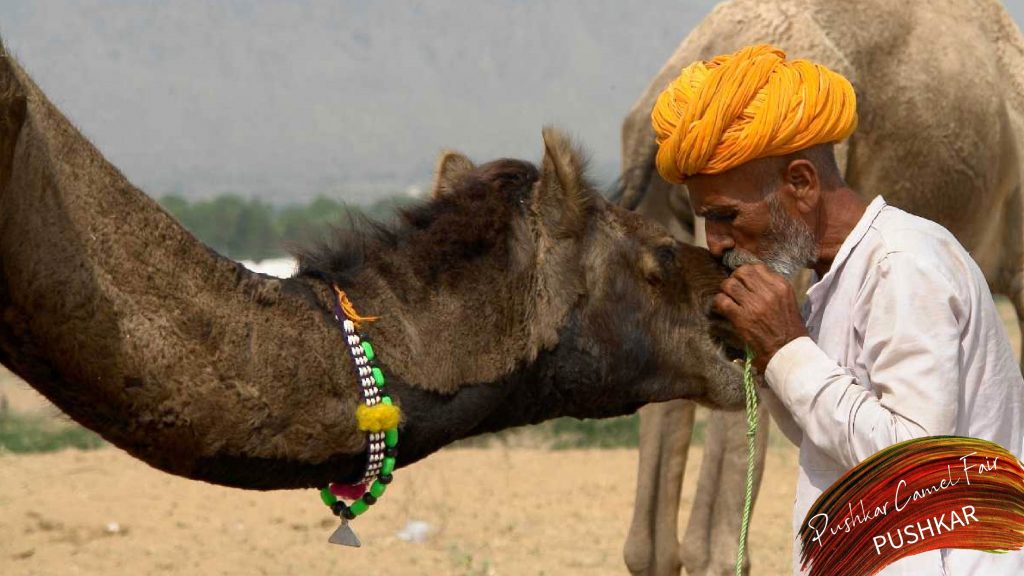 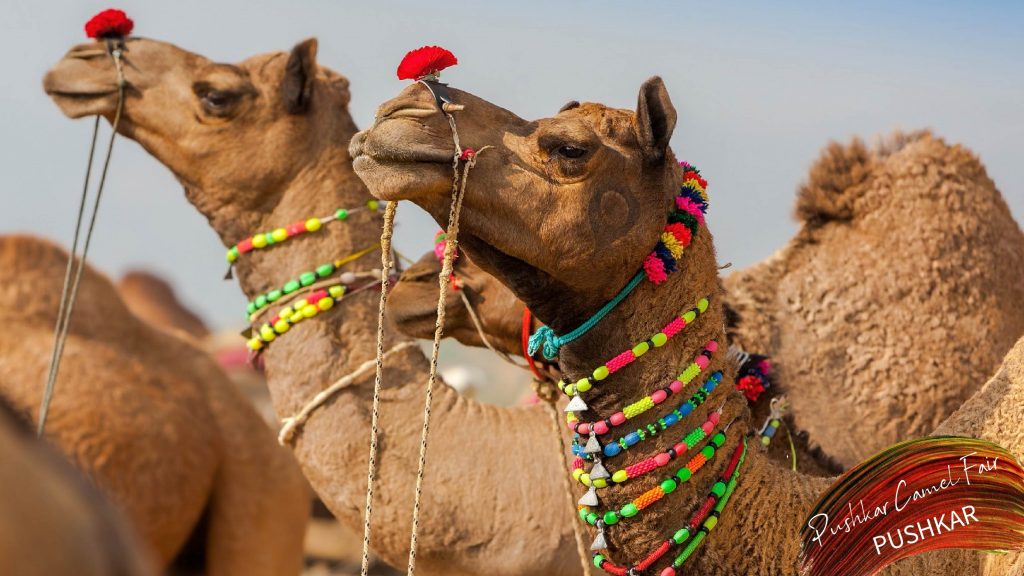 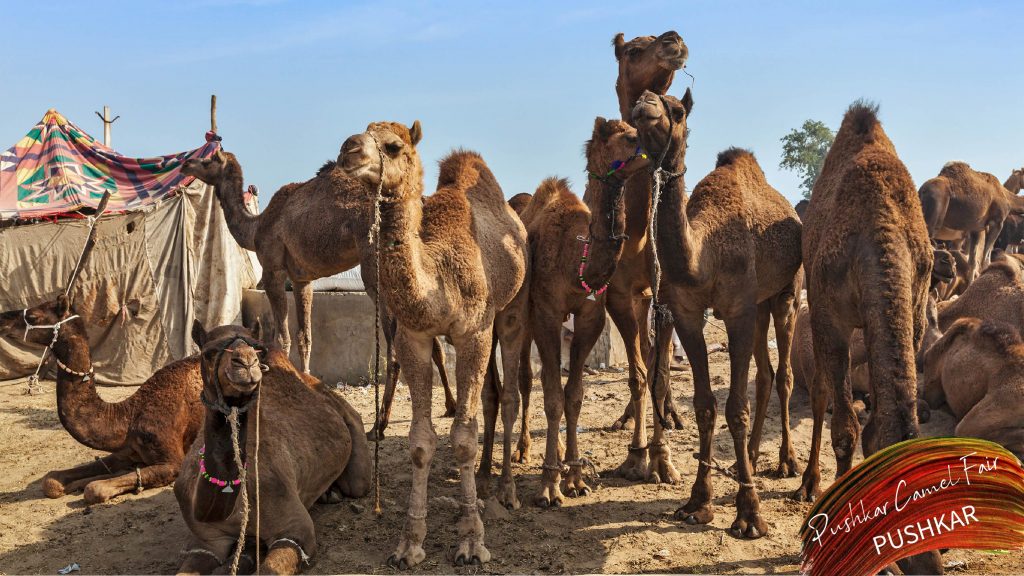 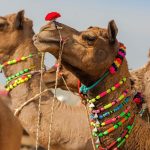 One of India’s largest fairs and the only cattle fair of its kind, the Pushkar Mela also known as the Pushkar Camel Fair, takes place every year during the Kartik month according to the Hindu lunar calendar. The fair begins from Kartik Ekadashi and ends on Kartik Purnima, typically falling in November. A grand experience, people from far and wide attend to experience the magnificence of the culture and heritage of Rajasthan. Drawing more than 4 lakh tourists, there are many quirky competitions that take place during the Pushkar Fair, including the competitions for ‘Longest Moustache’, ‘Matka Tod’ and ‘Bridal’. During the 5-day fair, over 11,000 horses, camels and cattle participate in Pushkar.

The 2019 Pushkar Camel Fair begins from 4th November and ends on 12th November.

The venue is Pushkar, in Rajasthan state, approximately 11 kilometres to the northwest of Ajmer.

There are numerous cattle contests and cattle trading peaks.

Cultural activities take place during these days, including dance and music shows that the state government of Rajasthan sponsors.

The last day of the Pushkar Fair is considered a day of holiness and devotees visit Pushkar Lake to take a dip. Other religious rites are also conducted.

The Pushkar Mela camel fair has been famous around the world for a hundred years. The Pushkar Fair reflects the effervescent Rajasthan culture by means of numerous activities and events.

Overall, there are 2 parts of the Pushkar Fai, namely the camel trading which is followed by religious events. As indicated by the Pushkar Camel Fair name, the prominent highlight of the fair is camel trading and happens at the start of the fair. The spotlight of the Pushkar Fair moves from camel trading to activities and competitions, to finally the religious rituals. Some of the events taking place include camel safaris, camel racing, acrobatics, horse beauty contests, horse shows, cow beauty contests, and many more. As there are many tourists during the fair, Rajasthani and Gujarati traders often bring paintings, jewellery, clothes, shoes and other items to sell.

The full moon period when the Pushkar Fair takes place is believed the most religiously auspicious timeframe to wash away previous sins and make a wish. Locals also take dips in the sacred Pushkar Lake for good luck.

History of the Pushkar Mela

Legend says, nearly 330 million Hindu gods and gods had visited Pushkar Lake on a night of a full moon to bless devotees. Accordingly, pilgrims numbering in the thousands come to Pushkar to observe the event and seek redemption. Also, Pushkar is one of the 5 sacred dhams or places that are venerated by Hindus.

Religious Activities at the Pushkar Mela

In the days leading up to the full moon, religious rituals and prayers take place in temples across Pushkar, in honour of Lord Brahma, the creator. Prayers are offered by devotees at the Brahma Temple in Pushkar, which is the oldest and one of the very few temples of Brahma in India. On the night of the full moon, people take a dip in the Pushkar Lake and a maha aarti ritual takes place alongside the lake, with firework displays marking the end of the event.

Attractions At The Pushkar Camel Fair

The Pushkar Camel Fair celebrations and activities are conducted on the fairgrounds at the crossing between National Highway 89 and Brahma Temple Road.

The exquisitely dressed camels are the showstoppers of the fair. The main attractions of the Pushkar Camel Fair include camel beauty contests, camel parades, dance shows and camel auctions. The camel rides are a popular attraction for tourists, and there are plenty of stalls serving mouthwatering Indian snack items and sweets to cater to those attending the fair.

Things To Do at the Pushkar Mela