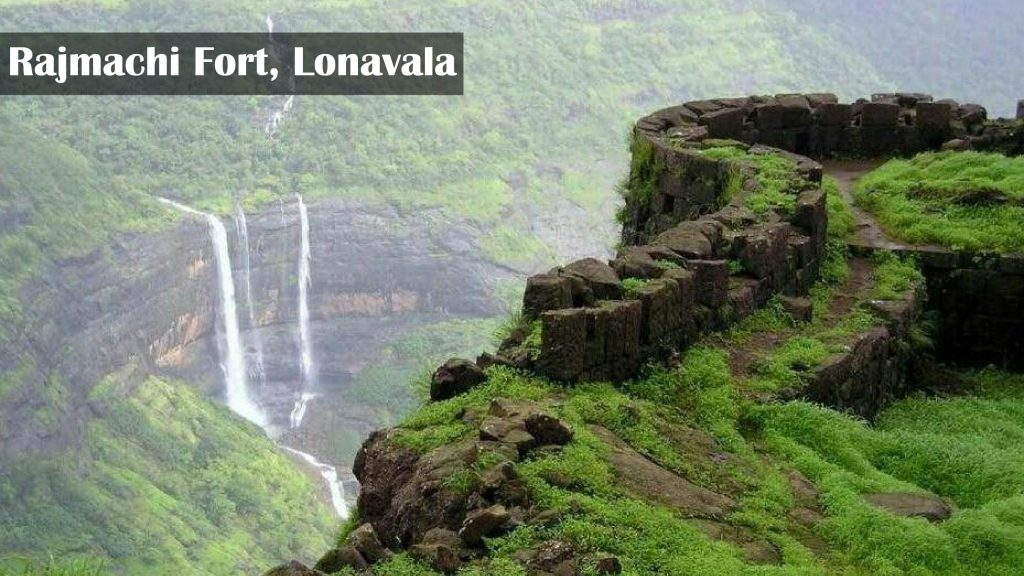 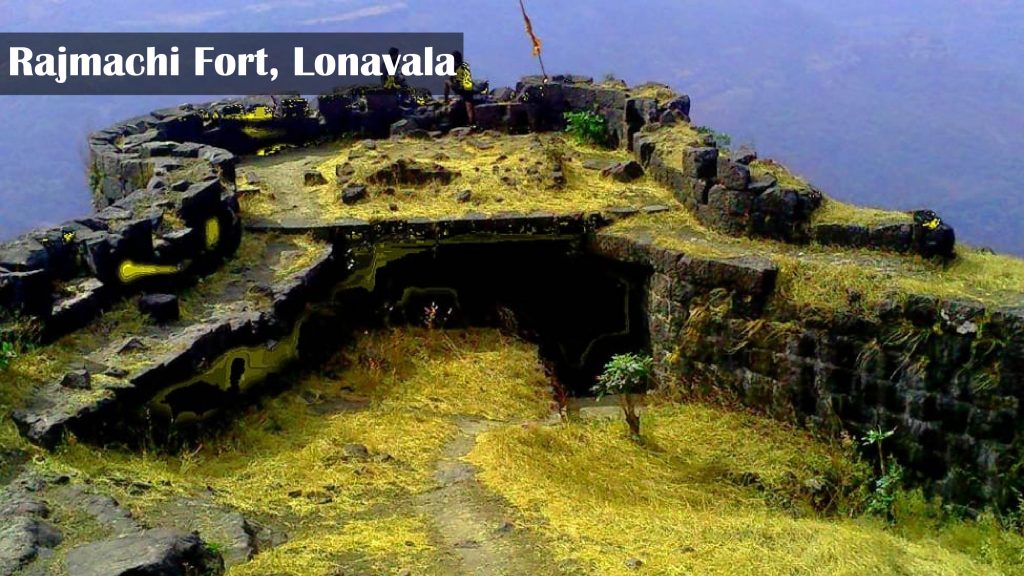 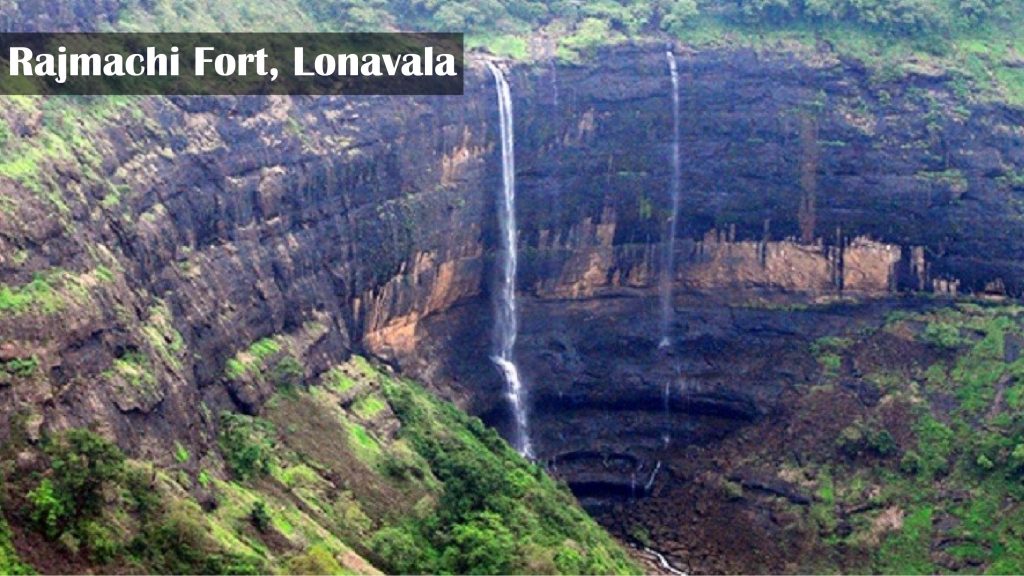 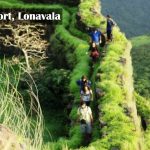 Rajmachi Fort is elegantly positioned on Shrivardhan Peak at an elevation of about 3000 feet. The fort is located 15 km away from the beautiful town of Khandala and is well-known for its strategic location and rich history. Rajmachi Fort constitutes of two fortresses namely, Manaranjan and Shrivardhan which in turn is encircled by a large plateau. The view of the Bor Ghat, which used to be an important trade route between Pune and Mumbai in the old days, is simply mesmerizing from this region.

Situated atop a hill, the fort has a strategic location. The main objective to build this fort was to supervise the activities (trade, military, etc. related activities) of the Konkan region. Now, this fort is one of the most visited tourist spots in Maharashtra. The view of the surroundings from the top of the hill is breathtaking and therefore is a popular destination for nature and adventure lovers.

In addition to the twin fortress of Rajmachi Fort, there are various temples and shrines situated within fort premises. Few temples here are older than the fort and are of immense religious importance to the local people. The famous Kal Bhairava temple is situated between the two forts and is dedicated to the local god. On the western side of the fort, you will come across the ancient Buddhist Caves which probably dates back to 200 BC.

A small plateau which connects the Shrivardhan Peak and Manaranjan Peak lies between the fortresses. Adjacent to the plateau that surrounds the fort is Bor Ghat. It is an ancient trade route that connects Khanadala with Khopoli. The region is also known to host several fun-filled trekking activities. A trek to the fort starts from Tungarli Lake and constitutes of steep slopes and narrow pathways covered with dense foliage.

Rajmachi Fort was constructed by the Satavahanas who succeeded the Mauryan Dynasty. Their rule came to an end during the 230 BC and it was within this time frame the fort was built. The region gained prominence only during the reign of Shivaji Maharaj. He annexed the area in 1657 from Adil Shah, who was the ruler of Bijapur. During this period, the security and defences of the fort were strengthened and few bastions were added to the fort.

The fort was also under the control of the Mughal Emperor, Aurangzeb for a year (from 1704 to 1705). However, the Mughal emperor was soon defeated by Marathas. When the Maratha kingdom declined in the 19th century, the British took over the fortress. Soon after the independence, the majestic fort was announced as an ancient and protected monument in Maharashtra.

The fort was constructed across two hills namely Manaranjan Hill and Shrivardhan Hill and the two fortresses are named after these hills. Both the fortresses inside the Rajmachi Fort represent the epitome of traditional Indian architectural style. As you enter the fort complex, you will witness several ruined establishments. Since the region receives a lot of rainfall during the monsoon season, the fort complex houses many man-made and natural water catchment areas. There are also few artificial lakes constructed near the fort to ensure consistent water supply during the summer season. A famous temple dedicated to the local deity, Kal Bhairavi, is also located on the Western end of the Fort.

A 200 years old water reservoir is situated near the fort which was constructed by Ramrav Narayanrav Deshmukh, who was also the Mamlatdar of Danda Rajpuri. A stone inscription is placed near the water reservoir that elucidates the information about its year of construction and other details.

On the western side of the water reservoir is an ancient temple dedicated to Lord Shiva. The temple represents a Hemdpanti style of architecture and is of high religious importance to the residents of Udhewadi village. The silt deposits from the stormwater seeped inside the temple and covered the area around the shrine. Nonetheless, the combined efforts of the villagers have successfully cleared the mud around the Shiva Temple. During this process of excavation, the locals have spotted a cow-head shaped fountain and a water tank near the temple.

The most suitable time to visit Rajmachi Fort is during the monsoon months which lasts from June to September. At this time of the year, the region is soaked in monsoon rains and the lush greenery around adds to the scenic beauty of the place. The springs swell up and the sight of water gushing out from the streams and waterfalls is awe-inspiring.

You will be mesmerized by the view of the misty clouds engulfing the hills around. The green meadows, cool weather, dense tropical forest and glistening streams characterize the region during the monsoon months. It becomes difficult to navigate around the fort at night time and hence, it is recommended to visit the fort during evening time.

There are many options to stay near Rajmachi Fort. The nearby village of Udhewadi has a number of homestays that provide visitors with an amazing local experience combined with delicious home-like food. The homestays are simple and the majority of them do not provide separate rooms for guests and the visitors are usually accommodated in the common space of the house. You will be provided with a simple mattress to sleep and do not forget to carry a thin blanket or a shawl to cover yourself up at night.

Majority of the houses in the village have washrooms that are operational only during the monsoon season, that is when there is no shortage of water. During the dry months, which generally lasts from mid- October to May end, the washrooms do not have an adequate amount of water supply and remain shut.

The village also does not have a conventional electricity supply. Most of the households use solar power to light lamps at night. You will be offered with three-time meals and you can opt for either veg or non-veg food.

On weekends and other national holidays, the residents of the village set up small stalls alongside the road leading to Udhewadi and sell a variety of things such as cold drinks, water, snacks, eggs, magi, etc.