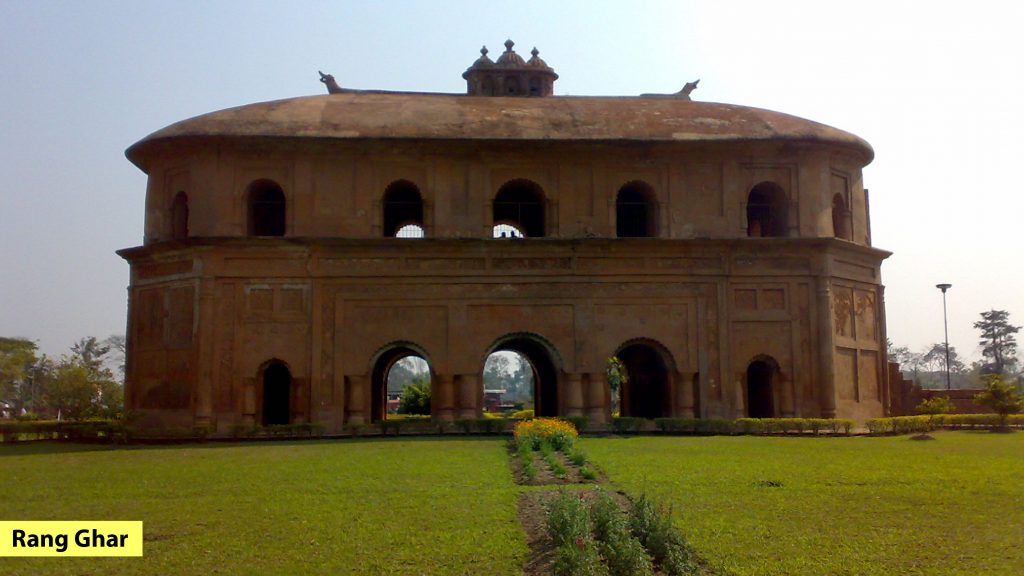 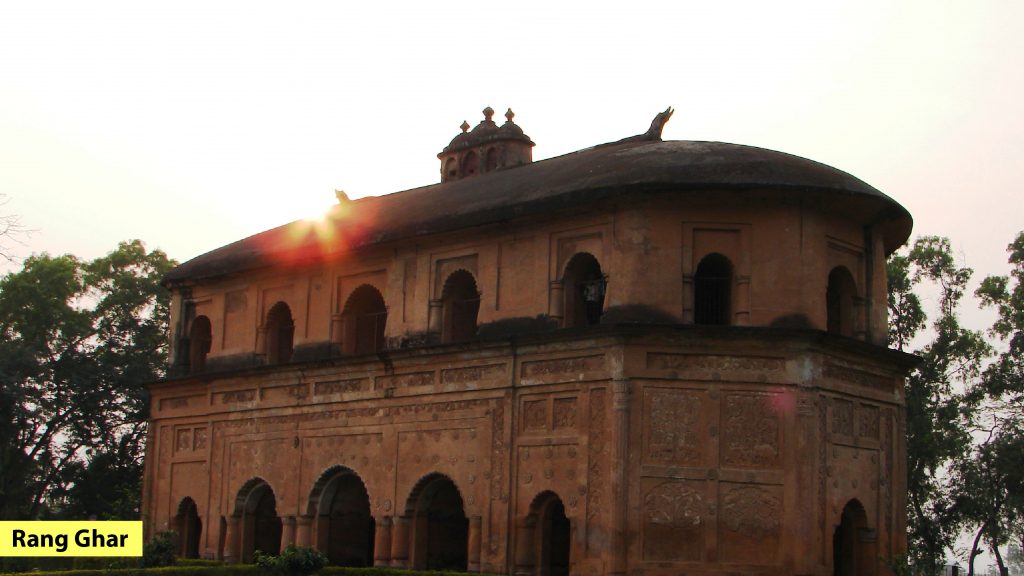 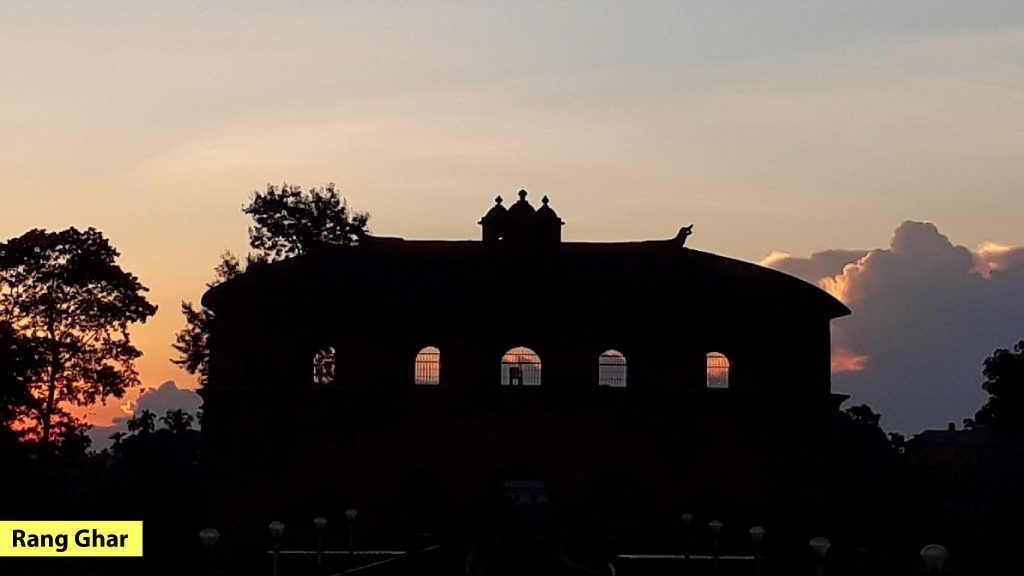 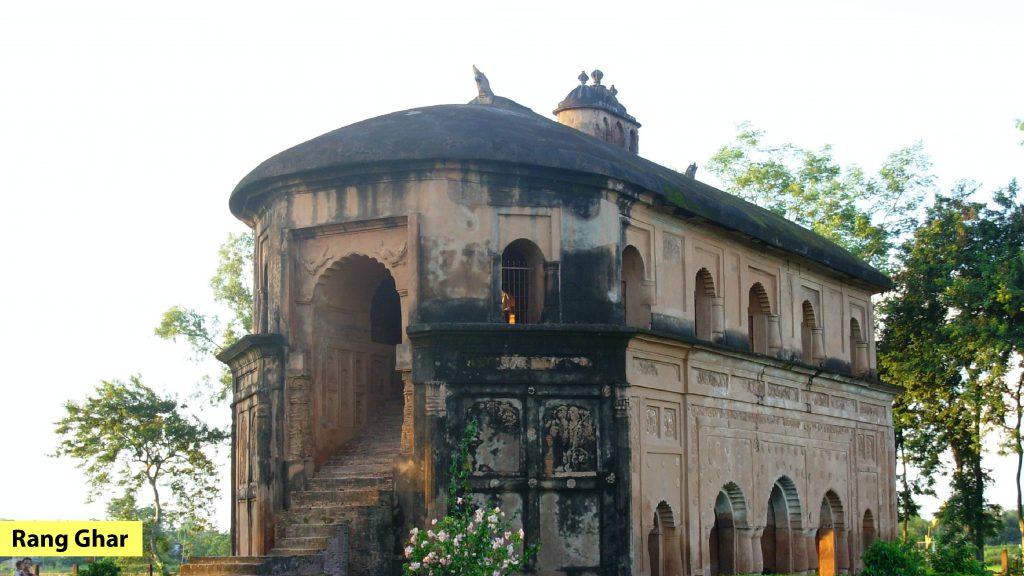 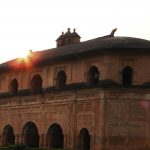 Rang Ghar, which is also known as the Colosseum of the East, was one of the first built Event centers in Asia, yet it’s still surviving. You can find it near Rangpur Palace 3 km away from Sibsagar or Sivasagar town.

The name means House of Entertainment and has been in existence since 1746 A.D. The period when the Ahoms were in power ruling the Assam of today.

This amphitheater is a magnificent important structure that portrays the quality of architecture and poise of that time. It was a building developed by the ruler as at that time, he was known as Ahom Swargadeo Pramatta Singha, it was strictly for the Ahom kings and nobles to have a nice time while watching the buffalo games and so many other sports.

The event center is the host of the neighbouring Rupahi Pathar. It was used as a royal sports pavilion, most especially during the time of the Rongali Bihu festival. Its rich historical mark is  what gives it a privilege to be used as the symbol for the 33rd National Games that was hosted in Assam 12 years ago. However, as of today, the condition of this building is quite fragile.

The sudden earthquakes and natural disasters have caused at least 35 hard to miss cracks on the walls. Even at that, its splendor and magnificence make it worth visiting.

The structure is over 10meters tall, it was brilliantly structured and is a perfect example of Ahom architectural style. it s colour is stricken as It is made of bright red bricks. archaeologists and historians would understand better and find it interesting. The structure’s base is made up of several passages, while its roof has an oval shape. You won’t believe what is used to beautify the top of the ceiling, well-shaped crocodiles made of stones. The external area of this structure gives you a wide range of multiple feelings, it has an extremely beautiful outlook and easy to relate designs.

Probably as at that time, there was nothing like cement because they made use of bright colored bricks and a local archetype of cement which comprised of rice paste and eggs, the rice is mostly known as Maati Maah Assamese while the fish is known as Borali Mach. It is not surprising that it is the same procedure and equipment that was used for the project and building of Talatal and Kareng Ghar.  We could say the mixtures and things used in constructing this particular one is of high quality as in-spite of terrible natural occurrences the structure remains and still stands.

If you get the opportunity to visit Rang Ghar, you’ll notice that the building is wrapped with easily attracting local artworks. What makes it special is It’s alluring space, which was, in the beginning, the location for wrestling, cockfights, and bullfights. It is called Rupohi Pathar.

However, currently, it is better looking and well-nurtured. The structure accommodates a staircase that leads to the inside of the hall. The top part of the building is the stage where the dignitaries and royal family sit back to enjoy the programs and events held in this popular event center.

1. Visiting hours vary, currently, the time for a visit on Wednesday’s vary and so it is advisable to confirm before going.

2. You may not see tour guides at this particular center.

How to Locate Rang Ghar

To get to Rang Ghar, there are buses, taxis, and auto-rickshaws that run from the cities of Assam to Sibsagar. There is also a railway station if you prefer to take the train.