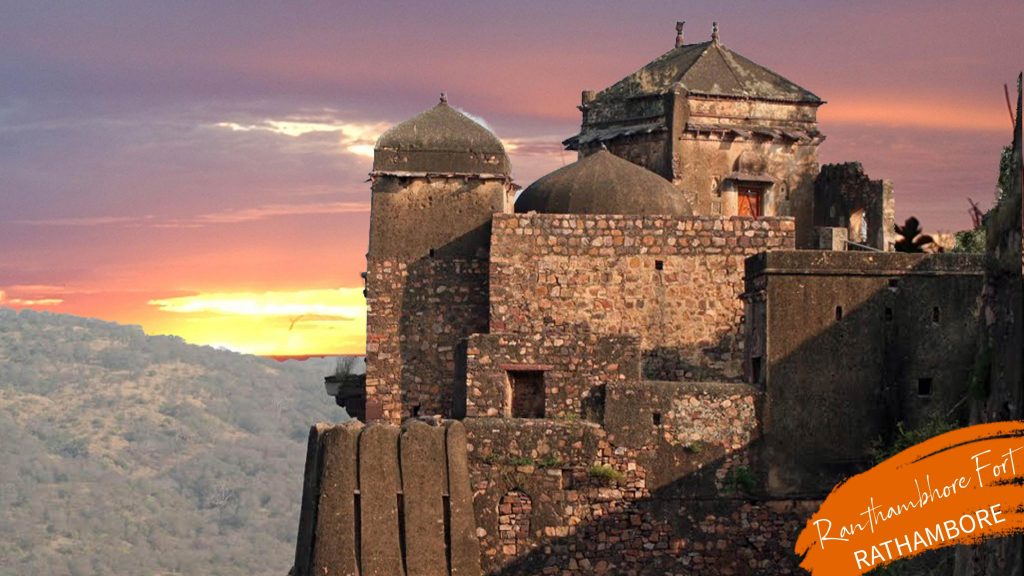 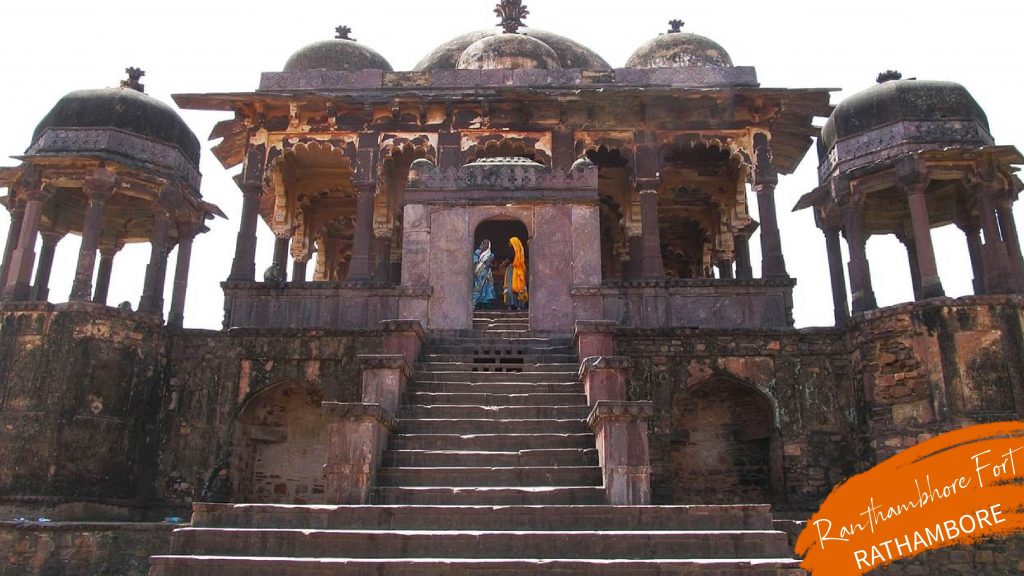 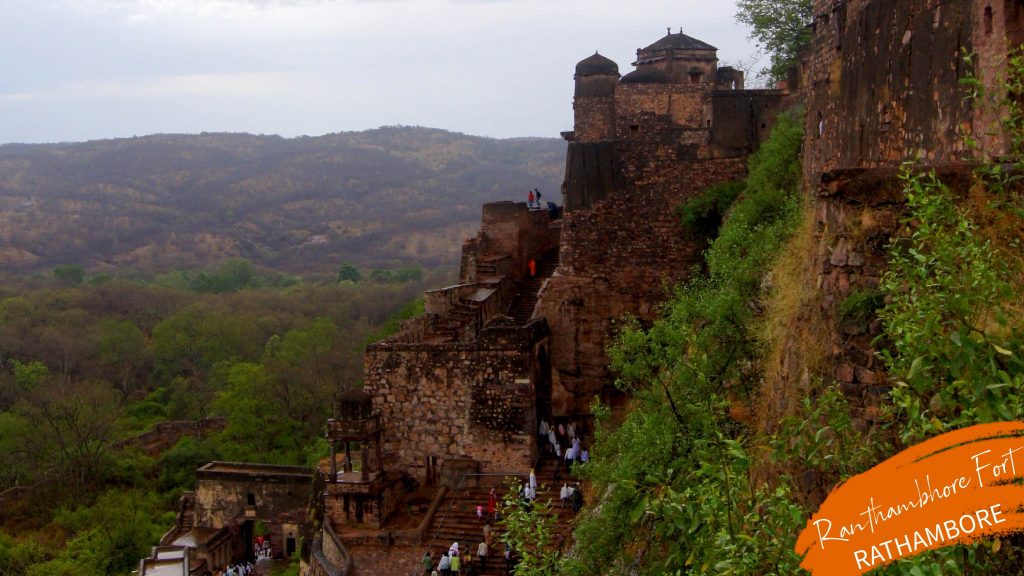 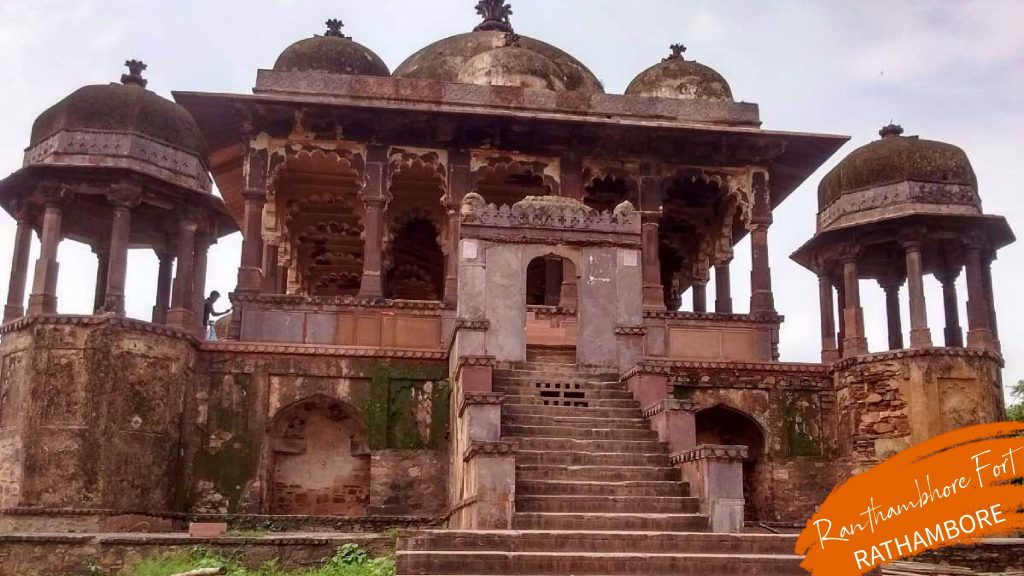 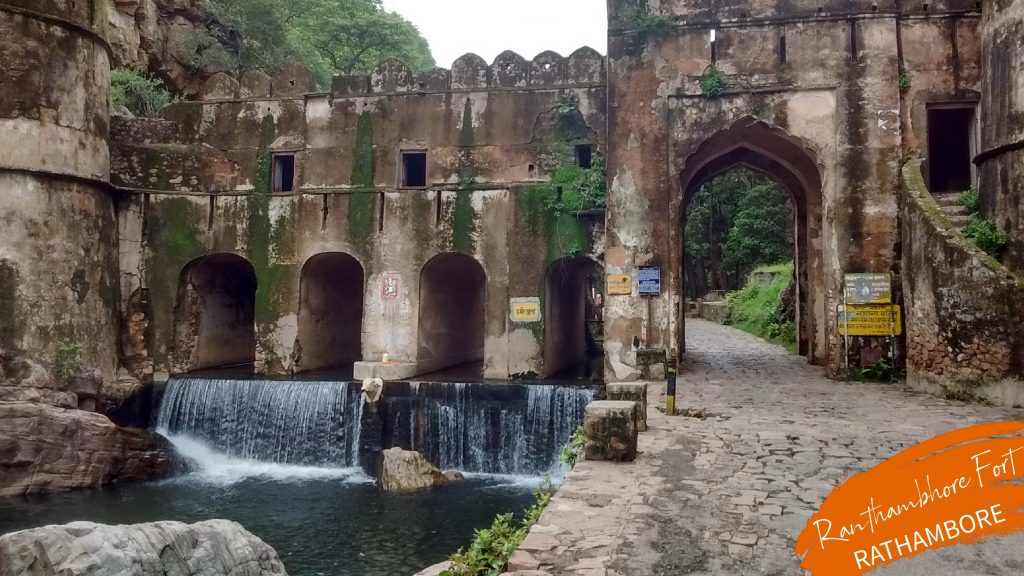 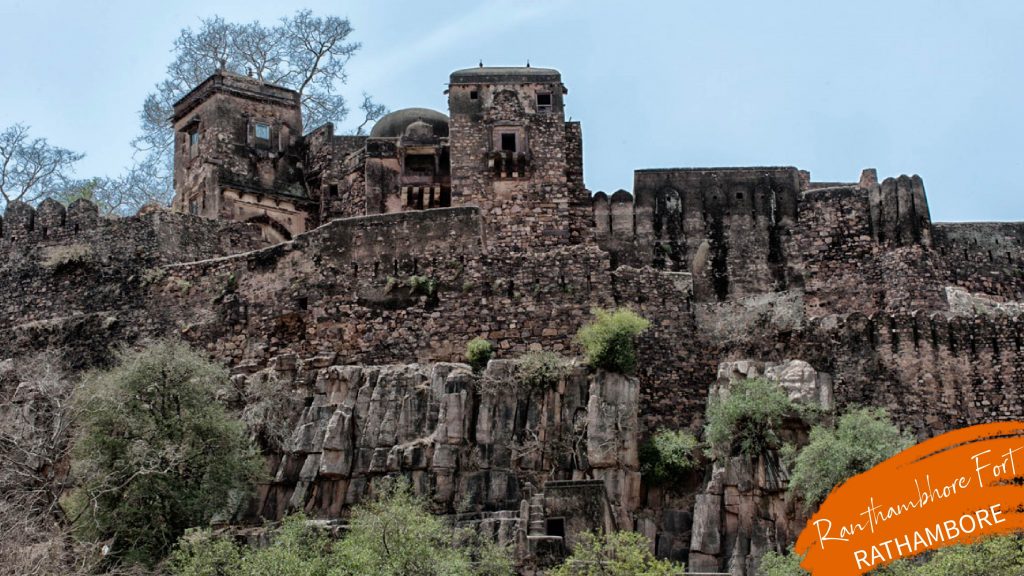 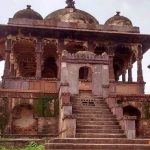 The majestic fort of Ranthambore was constructed by the rulers of the Chauhan Dynasty in the 12th century and is one of the most visited tourist spots in Rajasthan. It is a perfect place for those who are curious to learn about the Rajasthani culture and the regal lifestyle of royalties. The grandiose Ranthambore Fort stands tall and strong in the middle of the dense forest of Ranthambore National Park. You can get a panoramic view of the vast expanse of greenery from top of the fort.

Ranthambore Fort which is one of the picturesque hill forts of Rajasthan is also designated as a World Heritage site by UNESCO. The forest of Ranthambore was used as a  hunting ground by the royal families of the Chauhan Dynasty in the past. The fortification constitutes tall and strong walls, gateways, stone stairs and pathways that lead to the top of the fort, intricately carved pillars, domes, palaces, temples, and lakes. The fort is an epitome of traditional Rajasthani architecture and boasts of royal culture of a bygone era.

While you walk past the fort, you need to be cautious of the monkeys as they can sometimes be the troublemakers. Also, if you are lucky, you may also spot a few beautiful peacocks in the National Park.

There are multiple propositions that suggest different theories regarding the time period during which Ranthambore Fort was constructed. Few archaeologists propose that the construction may have begun in the 10th century during the rule of the Sapaldaksha and the rulers of the Chauhan Dynasty might have completed the fort in the 12th century.

During the reign of Chauhans, the fort was referred to as Ranastambha. The fort was the religious center for Jainism during the rule of Prithvi Raj Chauhan I. The Chauhans lost the fort to a Muslim ruler, Mohammad Ghori, who defeated Prithvi Raj Chauhan III in 1192 CE. The fortress was annexed by Iltutmish, who was a Delhi Sultanate, in 1226 CE, however, the Chauhans took over the fort again in 1236. In 1301, it was captured by Alauddin Khilji.

The Ranthambhore Fort is a hill fort in Rajasthan which is situated amidst the dense forest of Ranthambore National Park. The fort is an architectural marvel that comprises massive protective walls, trails made of stones, arched windows, and seven entry gates. The names of the gates are as follows: Suraj Pol, Navlakha Pol, Satpol Hathi Pol, Andheri Pol Ganesh Pol, and Delhi Pol.

The fort also has a Kachaheri named the Hammir Kachaheri which constitutes three chambers, with central chamber being the largest. This structure is supported by majestic pillars which are intricately carved with beautiful patterns. A palace named Hammir Palace, which was constructed under the rule of Hammir Singh also lies within the fort’s premises. The palace has beautiful rooms and balconies that are connected by small traditional doors and stairways.

Another beautiful structure inside the fort is the Battis Khamba Chhatri. It is a three-storey building with 32 pillars that support chhatris or domes. This structure also has a verandah which is connected with all the floors of the building. There is also a huge chamber called Badal Mahal which was used to hold meetings and conferences. It has 84 pillars which are as tall as 61 meters. The Ganesh temple within the fort is popular among the visitors for a unique belief according to which if you write letters to Lord Ganesha and deposit them here, your wishes will come true.

The months between November to February is ideal for planning a trip to Ranthambore Fort. The weather is pleasant and during these months you will be able to escape the unbearable heat of summer months.

2. Wear caps, sunglasses and carry other sun protection items. Wear light-colored cotton clothes if you travel to the place in summers.

3. Tourists who wish to explore the National Park should book Jungle Safari well in advance.

How to Reach Ranthambhore Fort Ranthambhore Fort is situated at a distance of 17 km from Sawai Madhopur, which is a small nearby town. You can travel to this place by public transport such as state bus services, shared taxis, etc. Buses and auto-rickshaws are the best modes of transport here, however, you can hire a private taxi to explore the town.