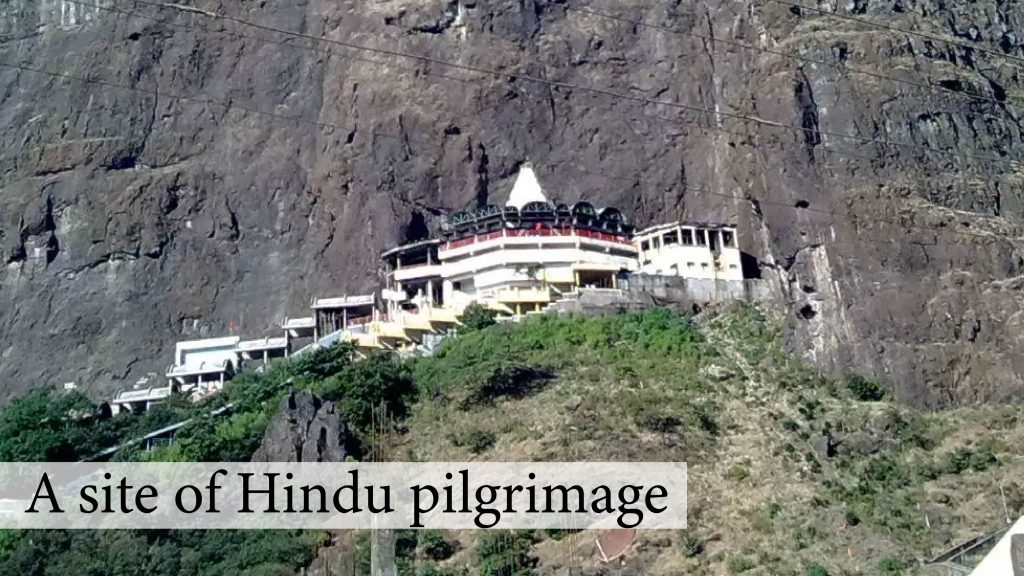 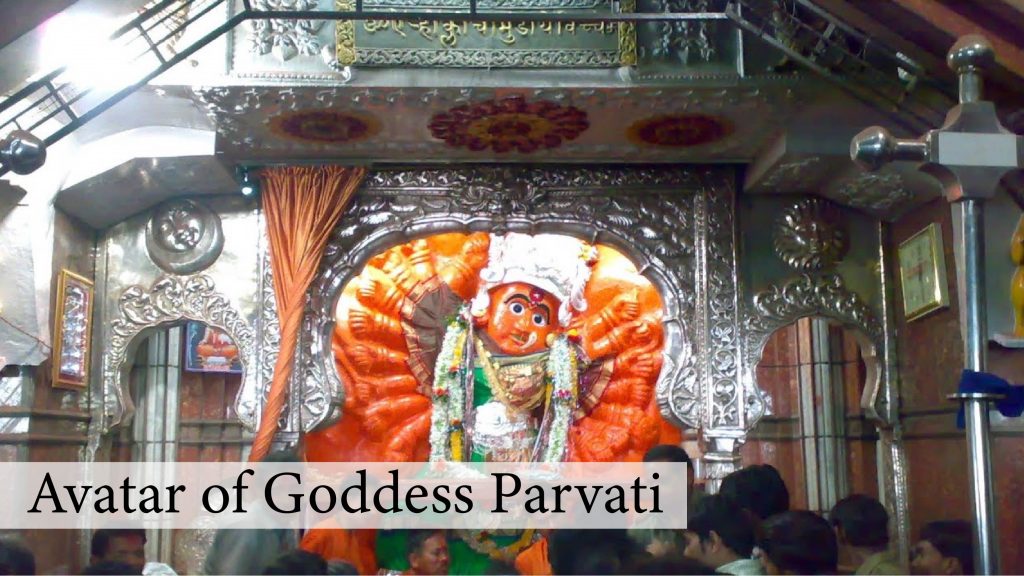 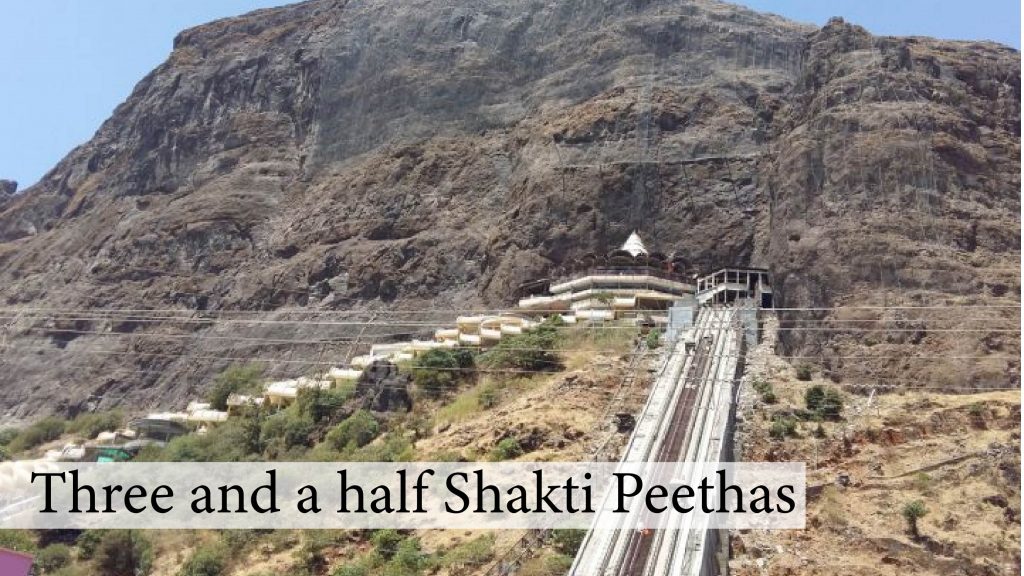 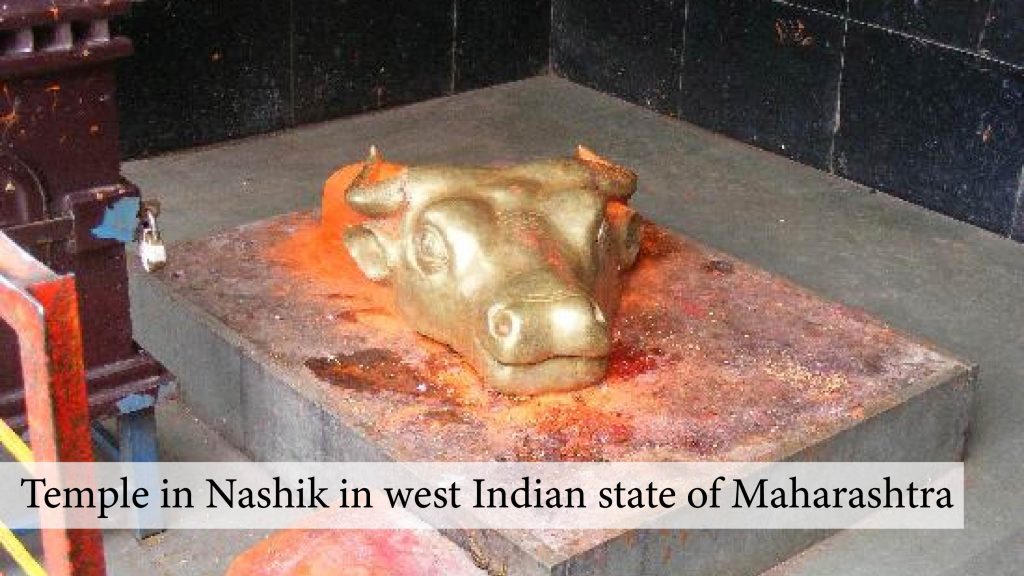 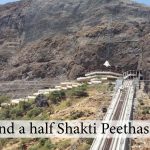 Located at a distance of about 60 km from Nashik, Saptashrungi is a beautiful hill range in the Western Ghats. The range derives its name from two Sanskrit words namely ‘sapta’ meaning seven and ‘shrung’ meaning hills. The hills are endowed with 108 water bodies, which are commonly known as kundas. These water reservoirs along with verdant landscapes add to the beauty of the hills.  The rich biodiversity in Saptashrungi is known to produce a wide range of medicinal herbs. In fact, as per the legends, when Lord Lakshman was injured and could only be brought to senses by the ‘sanjeevani booti’, Lord Hanuman came to these hills in search of the same.

There is also an ancient temple of Saptashrungi perched on the hill and it is of immense religious importance among the Hindu devotees. It is believed that the almighty goddess Saptashrungi Nivasini resides amidst the seven hills. As per the mythological texts, Lord Rama and Goddess Sita had visited the hills to seeks the blessing from Saptashrungi Mata.

The shrine comprises of two stories and the idol of the Devi is placed inside, surrounded by the seven peaks. The deity is covered in vermilion or sindoor and hence, represents a burning orange colour. The Devi here has 18 arms that hold weapons of insuperable strength and power. With these weapons, the Devi is able to fight the demon Mahishasura.

The deity is 8 feet tall and is placed firmly inside the temple; the ambience around the shrine radiates serenity. The goddess provides love and safety to her devotees and erases all the sorrows, grievances and discomfort from their lives.

According to a popular legend, Goddess Sati’s father did not approve of her marriage with Lord Shiva. She had married him out of pure love and respect however, her father considered Lord Shiva as a mere vagrant. One fine day, her father was performing a Yajna and he invited everyone he knew, including the distant relatives and friends. Since he did not invite his only daughter Sati, she felt terrible and went to the Yajna without the invitation. On reaching, her presence wasn’t acknowledged by her father and consequently, she felt disrespected and humiliated. Her father also started talking ill about Lord Shive which she could not tolerate and unfortunately, she plunged into the Yajna fire and ended her life.

On hearing this shocking news, Lord Shiva was extremely infuriated and saddened. He reached the spot and picked up Devi Sati’s body and started going around the universe. The Lord lost all his conscience and control over himself. The situation became a matter of concern of all the gods and goddesses. Therefore, Lord Brahma and Lord Vishnu took the responsibility to calm Shiva down. With his divine power, Lord Vishnu cut the body of Sati into 51 pieces and simultaneously these pieces fell on different regions within the Indian subcontinent. Gradually, these spots came to be known as ‘Shakhti Peethas’. Saptashrungi hill range is the place where the right arm of Devi Sati fell and hence, a Shakti Peeth was formed.

It is believed that Saptashrungi Nivasini goddess originated from the Kamandal, a pot used for storing holy water, of Lord Brahma, who is, in turn, is the creator of the entire universe. Saptashrungi Nivasini took the avatar of Devi Durga to slay the evil monster Mahishasura at Satptashringi hills, who was creating chaos and havoc in the universe.

Also known as the demon that represented half monster and half buffalo, Mahisasura was destroyed by the Devi and after this act, she started residing in Saptashrungi hills. Simultaneously, a temple was constructed at this spot dedicated to goddess Saptashrungi. At the entrance of this shrine, there is a huge sculpture of the head of a buffalo. The beautiful front portico of this temple houses a Trishul embellished with lamps, holy flags and bells.

The idol of Devis is installed inside the temple and is adorned with various jewelleries such as a golden crown, necklace and a silver nose ring. Her clothes comprise of a beautifully crafted blouse and saari which are changed every day by pundits after performing the holy ritual of Abhishek.  While the Devi is bathed, the jewelleries and other valuable possession sare kept safely in the custody of the temple.

The doors of the shrine are open to its devotees from 6 am to 6 pm, including public holidays. There is no entry fee at this temple.

The hills of Saptashrungi is also famous for its trekking all around the year. In order to plan your trekking itinerary, you need to contact various tour operators either through online or offline mode. It almost costs ₹4000 per head for a 3-4 days trek. There are a few trek routes that soar a s high as 4300 feet above sea level.

Nasik Railway station is the nearest railhead to Saptashrungi. You can also take MSTC buses that provide regular and efficient services to these hills. A cable car that connects to Saptashrungi temple is being constructed and should be ready to use in the near future.