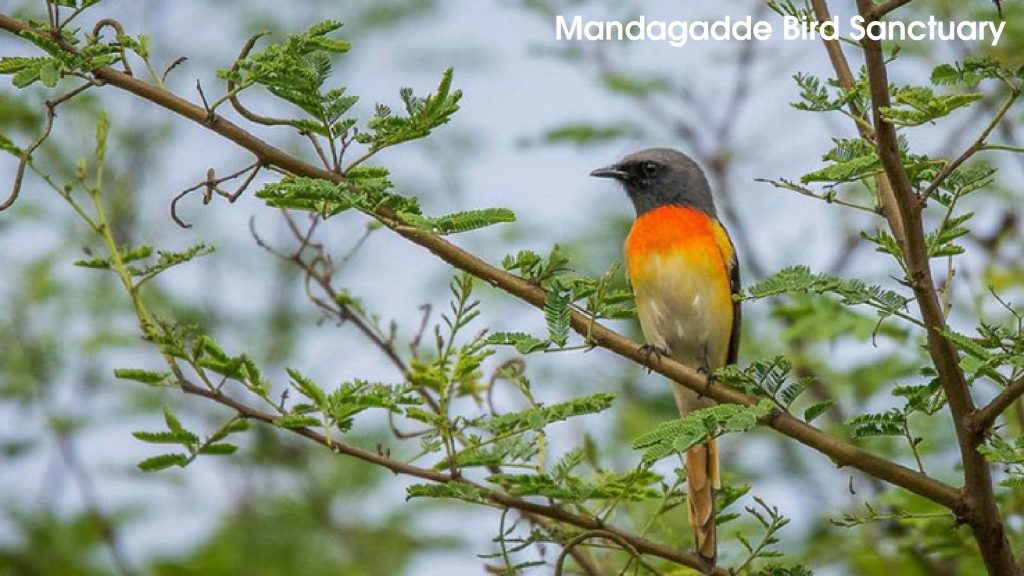 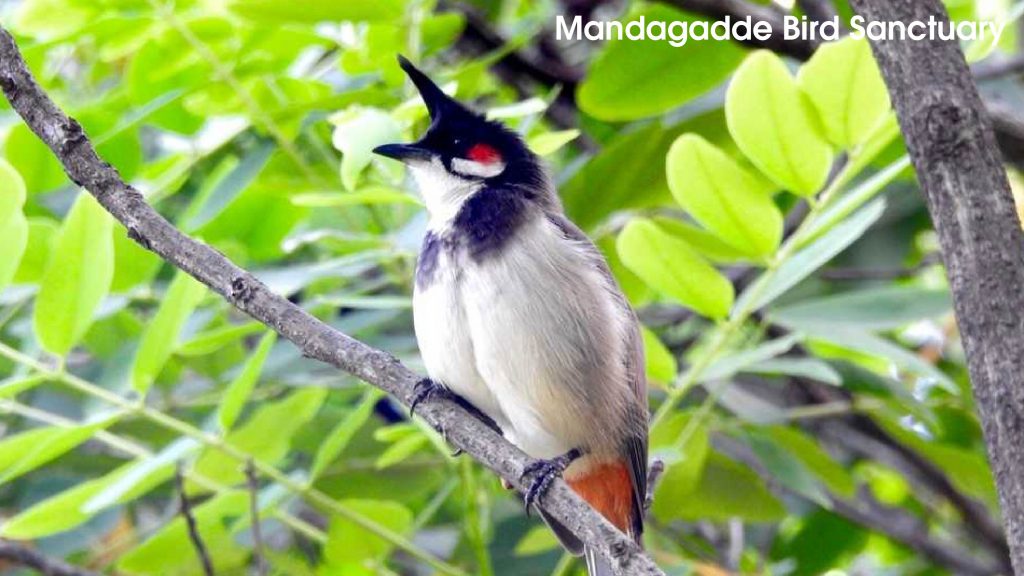 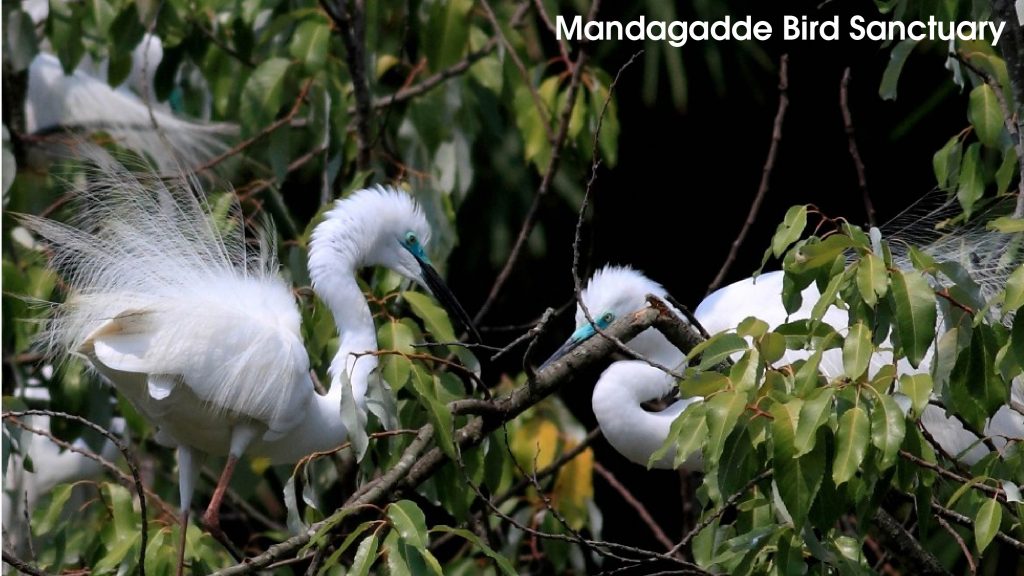 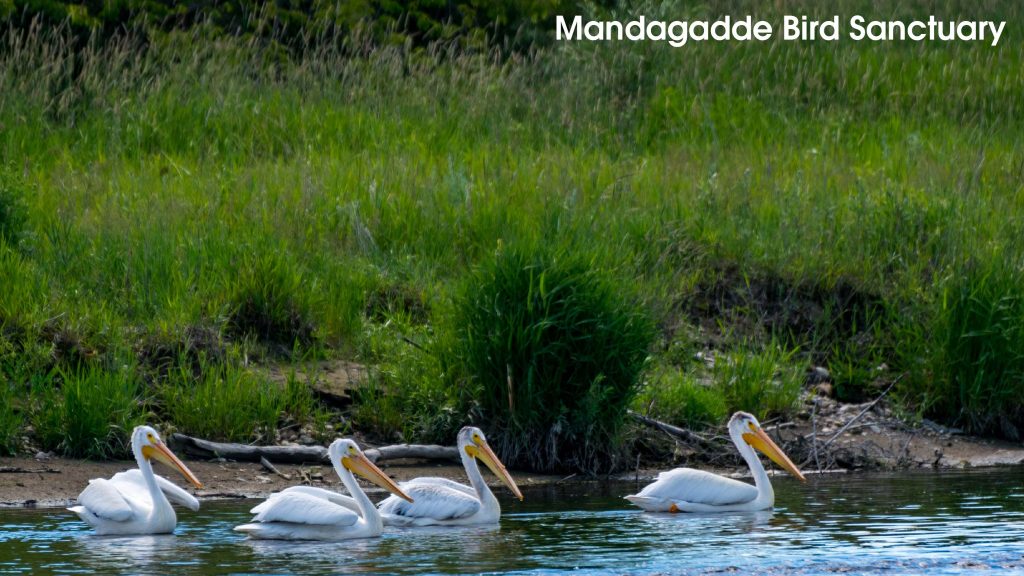 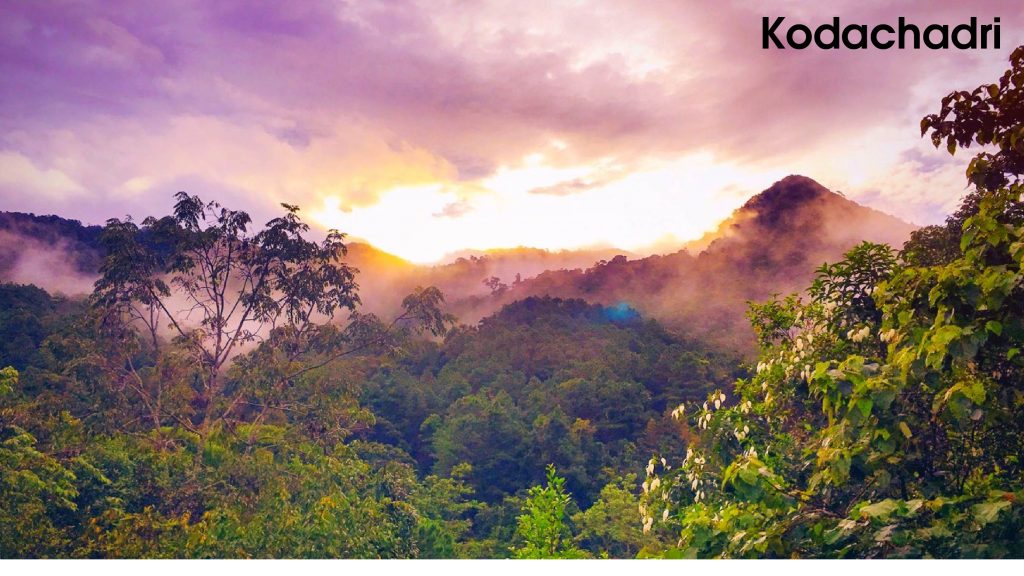 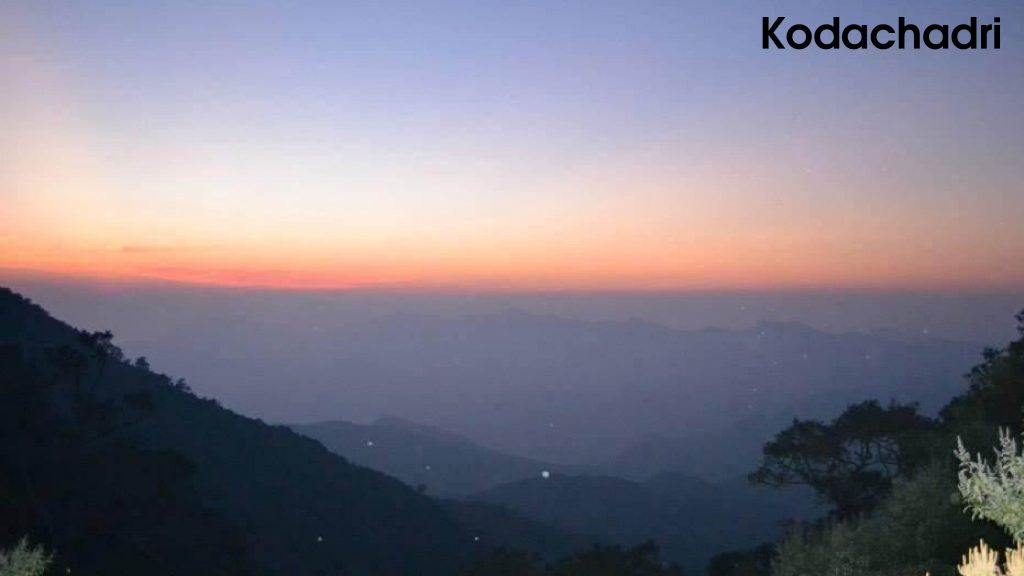 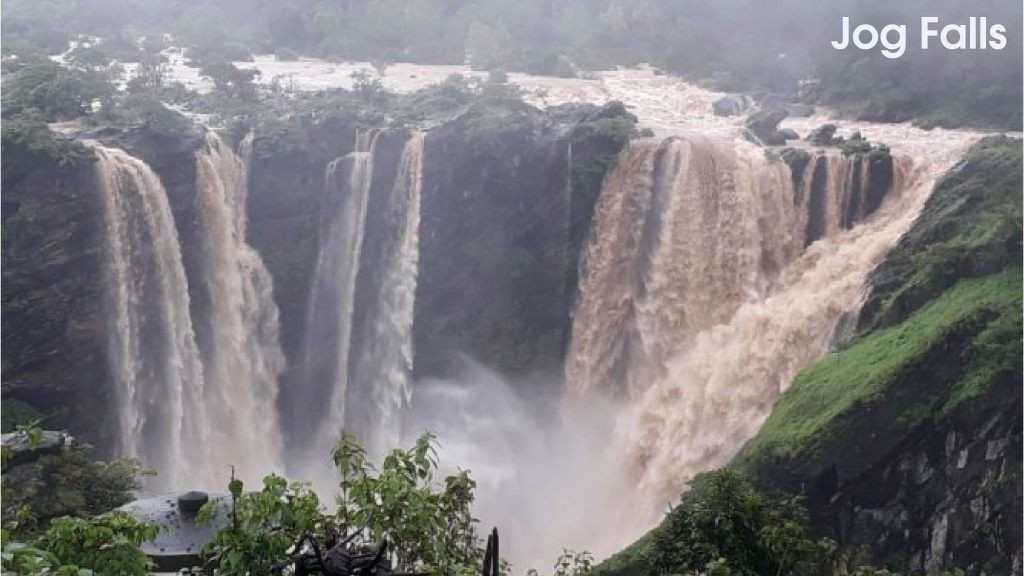 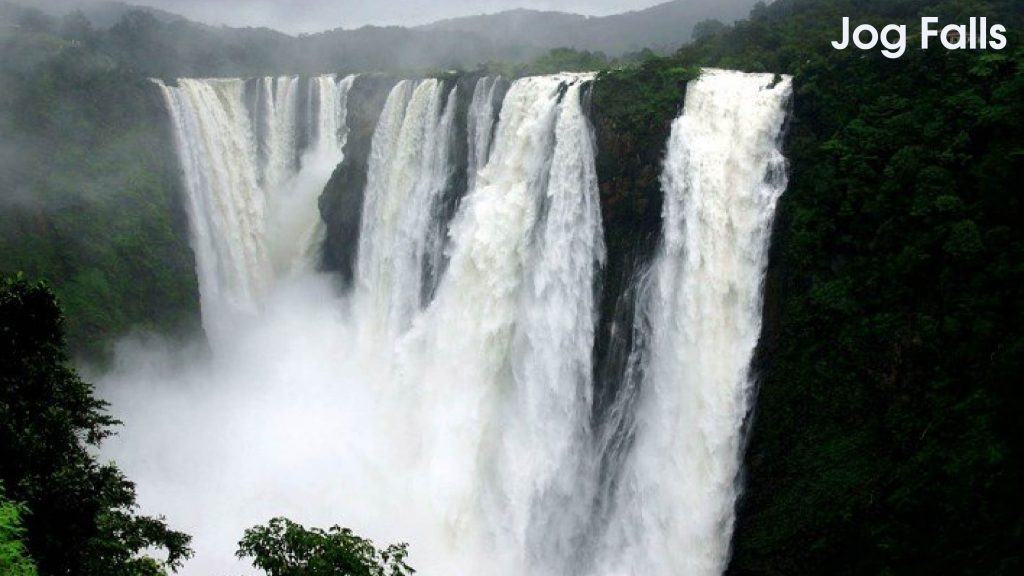 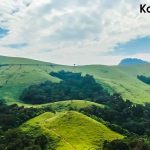 Shimoga is a city in south-west Karnataka which is known for its diverse variety of flora and fauna and mystical temples.  It has a rich cultural heritage as it has been a part of several great kingdoms such as Mauryas, Chalukyas, Rashtrakutas, and Satavahanas. The word Shimoga has various interpretations based on Indian mythological texts. It implies either one of the following, ‘Face of Lord Shiva’, ‘Nose of Lord Shiva’, or ‘Shivanna Mogge flowers that are offered to Lord Shiva’.

Nature at Shimoga is at its best. The city has the raw natural beauty in the form of spectacular landscape, lush green forests, and beautiful waterfalls. You will be fascinated by the splendid sites the city has to offer in terms of its natural heritage. The city has been coined as the breadbasket and as well as the rice bowl of Karnataka due to its flourishing paddy cultivation. It is also endowed with four rivers namely Tungabhadra, Sharavathi, Varada, and Kumudavath. These rivers are the reason for the lush greenery around the region. The topography of Shimoga is characterized by hilly terrains with several streams meandering through the dense jungles. Its pleasant weather and rich natural heritage make it one of the best tourist destinations in India.

If you love hiking and exploring wild places, there is a lot you can do at Shimoga. Here, the major tourist attraction is the Jog falls. It is the highest waterfall in India and is a must-visit place. There are many trekking destinations around Shimoga. You can trek to Kodachadri peak where you will be thrilled by its picturesque landscape and exciting trek trails that lead into the deep jungle. Furthermore, you can also opt for a trek in the Kudajadri hills and get ready to be mesmerized by its raw beauty.  Sharavathi Nature trail offers you the option of canoeing, river rafting, and kayaking. It has numerous waterfalls and is also regarded as an ecological paradise.

The history of Shimoga is as old as 2000 years. The fascinating thing about its history is that the city has signs of prehistoric life and tradition that existed during the Megalithic and Neolithic periods of the Iron Age. Remains of prehistoric life have been discovered at Guddermadi which is situated two kilometers away from the central city of Shimoga.

The city was established by Keladi rulers and it was said to be under the golden reign of the ruler, Keladi Shivappa Nayak during 1600 AD. Later, Shimoga came under the rule of several other dynasties such as Kadambas of Banvasi, Mauryas, Chalukyas, Satavahanas, and Rashtrakutas.

The city remained a part of Mysore for sometime after it was conquered by Haider Ali. Shimoga also has a significant place in the Indian Freedom Struggle. It was the woman from the Hechche village situated in Shimoga who offered to partake in the Satyagraha movement. Mahatma Gandhi also visited this place during the days of the freedom struggle.

The fourth story is related to the famous sage named Durvavsa. He was known for his high temper and he always kept a pot boiling with sweet herbs. One day, few cowherds came up to him and called the pot as Sihi Moge meaning sweet pot. It way in this manner the city was named Shimoga. However, the city is now officially renamed as Shivamogga.

The art and craft industry is abundantly found in Shimoga. Most of the craftwork is undertaken by the Gudigar clan of craftsmen, who are also the inhabitants of Shimoga village. They engage in sophisticated forms of craft-making and they specialize in carving out complex and detailed figures on sandalwood. The State government supervises the sale and purchase of such wood figurines and hence, it is convenient for tourists to purchase this artwork.

In addition to its rich history, Shimoga also has a wide spectrum of cultural heritage. The city is also known as the cultural capital of Karnataka and the local people are proud of their culture and tradition. The culture is a composite of vibrant music, performing arts, and dance and it traces its origin from the celebrations associated with victories of rulers of Shimoga and other festivities of the past. Shimoga also has popular dance forms such as Yakshangana and Dollu Kunitha. Furthermore, you can also take up dance classes if you want to learn these dance forms or other forms of South Indian dance.

The people here are harmonious and amiable. Apart from Kannada, English and Hindi are two other widely spoken languages. A small segment of the Urdu-speaking population is also present in Shimoga. The diversity in the culture of the city is incomplete without festival celebrations. Dusshera is widely celebrated in the region and during this occasion, the entire city is lightened up and fairs and exhibitions are held across the capital. Other festivals such as Kodachadri Vyabha, Palapushpa Pradarshana, etc. are also extensively celebrated.

Shimoga attracts a lot of tourists throughout the year. Here, you will get the opportunity to taste the unique flavor of South Indian cuisine. Dishes such as Thambli, Paayasa, and Avalakki are popular in Shimoga.

It will hardly take one to two days to explore Shimoga. On the first day, you can start by visiting the Sakrebyle Elephant camp early in the morning. Later in the afternoon, you can visit the Mangadde bird sanctuary. Spend your evening by going on a safari at the Tyavarekoppa Lion & Tiger sanctuary. At night, you can enjoy the scrumptious South Indian food for dinner.

Start early the next morning and hike to Jog falls. You can also trek to nearby places such as Kodachadri peak and Kudajadri hills. Do not miss out on the opportunities of canoeing, river rafting, and kayaking in the Sharavathi Nature trails. On your way back, you can visit the Shivappanaika Palace Museum and the Gajanur dam.