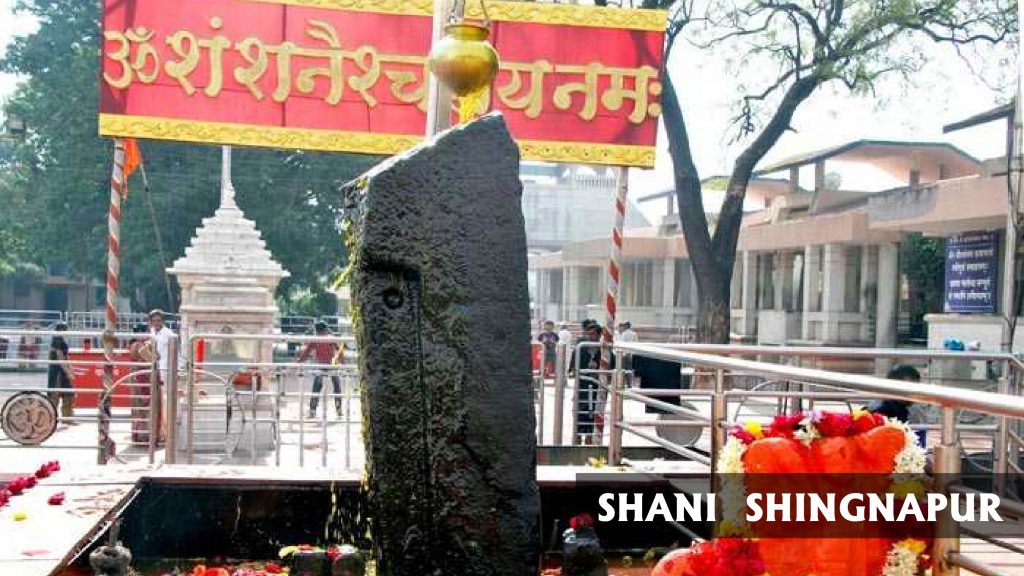 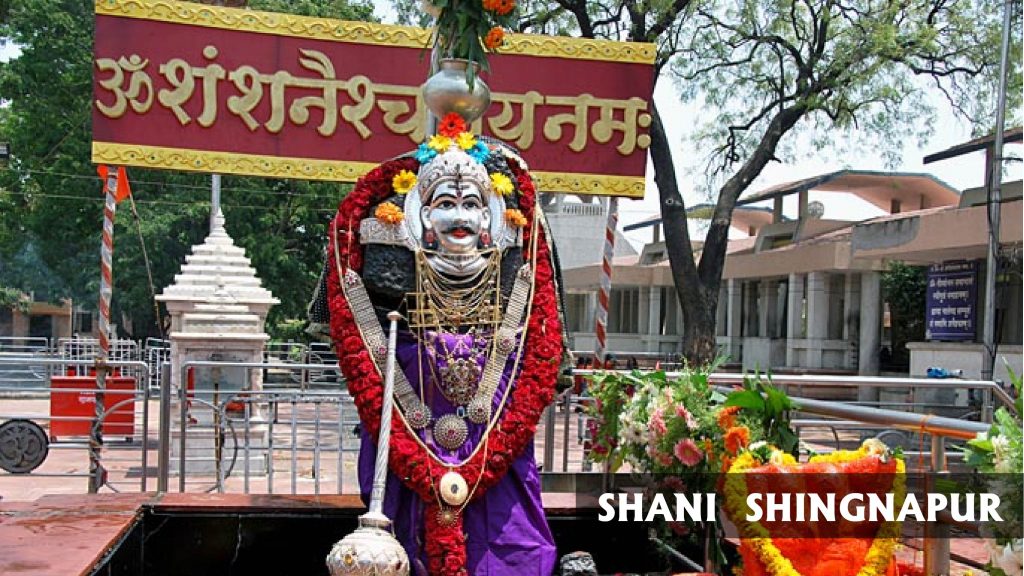 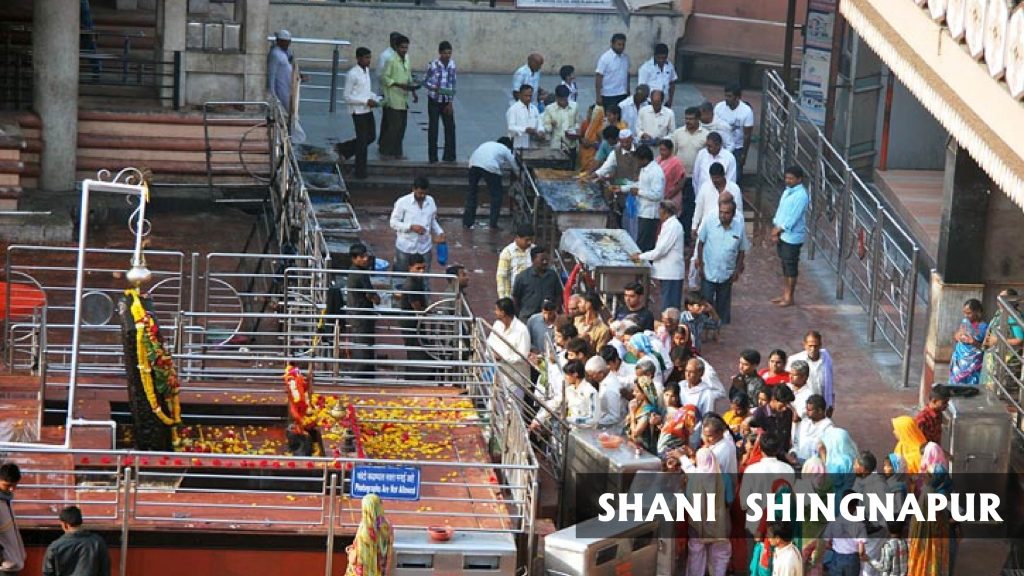 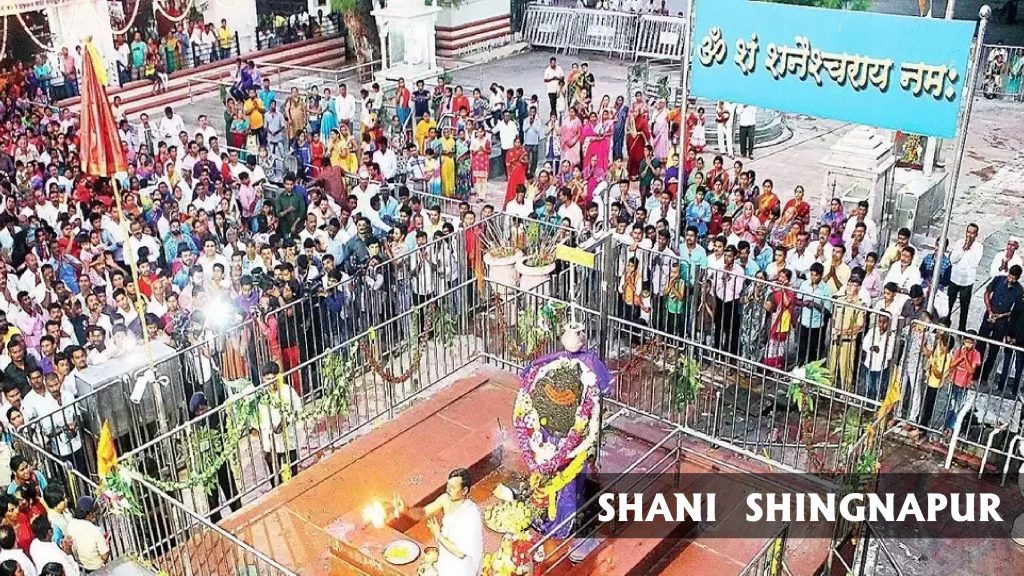 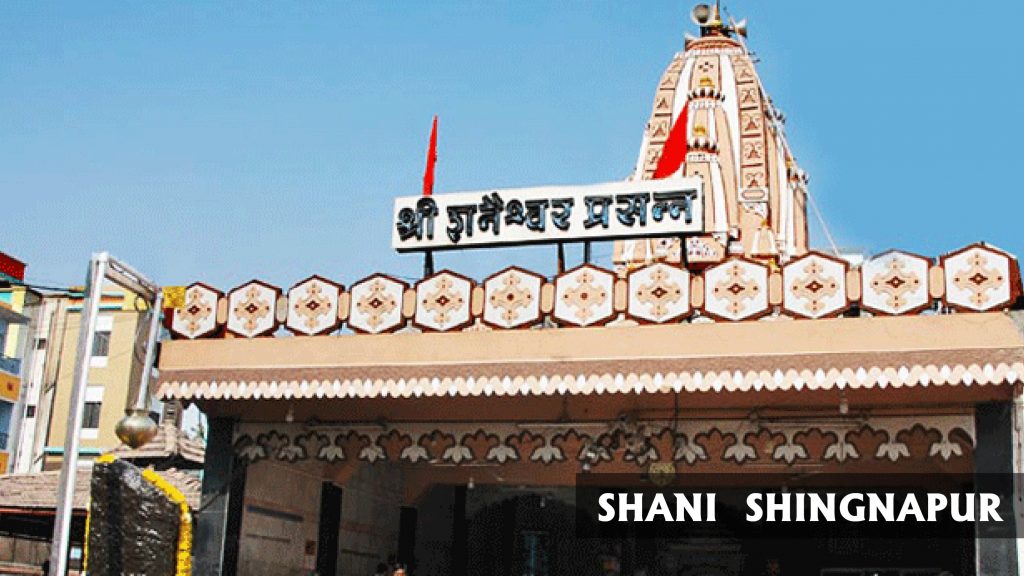 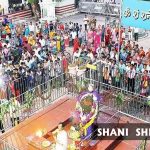 This temple is unique as it houses the strong and magical Shani Shignapur. History records that he dwells in a black like stone even up till now. It is believed that the black stone is a symbol of the Hindu God as the name Swayambhu implies. This temple surprisingly attracts so various worshipers even though its structure is basically simple. It has an aura of peace which is probably what lures these faithfuls, to the point that they barely lock their houses as it is the believe that Lord Shani is their protector against hoodlums and evil people. The people are extremely devoted and respect their God to the fullest. This is seen greatly during their ceremonies on days like: Amavasya and Shri Shaneshchar Jayanti, and on Saturdays.

This temple once visited is miraculously known to make the rest part of your life stressless and enjoyable (there are a lot of  people with testimonies on this) You should also note that you don’t have to worry about queuing for a long time or waiting in vain before you get to see Lord Shani.

The story of the history of this temple goes thus; several years ago it was said that a shepherd using his rod hit a black stone which immediately started bleeding.

To the amazement of everyone in the village.

However, after this incident one of the temple’s faithfuls had a dream where he saw Lord Shanaishwar who told him the stone represents his presence. The shepherd in total submission requested to build a temple in his honor but instead he would rather have them perform Pooja daily and ‘Tailabhisheka’ on Saturdays

In return he promised to always protect the people from hoodlums and thieves.

And so the Lord Shanaishwar is kept in an open place even up till today and he has totally kept his promise of keeping the villagers safe. It was only in 2011  and 2010 that some people tried to steal but they immediately died after carrying out the crime.

This temple is entirely free from doors or walls, it even has no roofs. The one noticeable thing placed at the center is an almost 6 feet high black stone that represents Lord Shani. As stated earlier it is kept in an open space for all to see. A mustard oil is sprinkled constantly on it from a vessel that is always on top of the idol.

In this temple apart from Lord Shani, you can also fine pictures of Shiva, Nandi and Hanumaen.

At the temples early establishment women weren’t allowed into it. This law lasted for over 400 years, but on the 8th of April 2016 the law was amended as the women protested angrily against it. That day marked history in India as they are now allowed into the temple.

Prasadalaya is a restaurant owned by Shri Shaneshwar Devasthan. It is very close to the temple, they sell very good food to the devotees that come to worship at reasonable prices. The restaurant has a clean environment, it’s spacious and can take a large number of people.

Mostly the temples faithfuls can carry out Poojas and Abhishekams any day. But there are some really special days set aside.

1. Shani Amavasya- This day is honored as a new moon day and it’s recorded as the best day of Lord Shanaishwar. Large crowd is always seen in the temple on this day as they come to honor the Lord. On this day they sprinkle water, flowers and oil on their God. There is also a procession called Shanaishwar that always takes place on this day.

2. Shri Shaneshchar Jayanti- This is the birthday of Lord Shani, it is celebrated  with ostentatious display, happiness and merriment. It is always celebrated in May.

The best time to visit this temple is on Saturdays.

When Should you Visit Shani Shingnapur

The best month to visit this temple is from

September to November, this is because the weather at this time is more favorable

Most travelers don’t like to visit during summer because of the weather, it is usually at 40 degrees Celsius and when it rains it spoils the outdoor fun activities.

How to Get to Shani Shingnapur

Shani Shignapur is about 70 Km from Shirdi, so it is very possible to get there with a car or taxi.

For transportation by rail, the closest train  stations to Shani Shignapur Temple can be found in Ahmednagar, Rahuri, Shrirampur and Shirdi Railway Station.

Also the closest airport is the Aurangabad airport. It is about 90 Km away from the small town of Shani Shignapur so you can visit and return in a day. But most tourists prefer to travel through Nashik city, the city is about 144 Km from the temple.

If you’re considering local transport, you can rent auto rickshaws for easy movability. Note that there is no Uber in the town. The city is very spacious as you can easily park your cars.