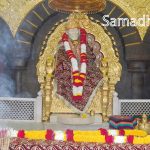 Shirdi is a religious place near Nasik and is referred to as the home of Sai Baba the great saint. Aside Sai Baba’s Temple, it has other popular temples and historical places.

It is situated in a region of Maharashtra called Ahmednagar and it is very significant as it is a holy place for devotees of Sai Baba. Several religious sites fill the town and you can participate in activities that calms the soul. Spirituality is in the air here and the grandness about it here will leave you fascinated. Shirdi hosts many religious sites such as Samadhi, Dwakamai Masjid, Chavadi, Mandir and much more.

Vishwanath Khare who is a popular Indologist believes the name Shirdi was gotten from a Tamil word called Seeradi. The word is written as ??? + ??? = ????? In Devanagari. In Tamil, this means ‘the foot of prosperity’.

Aartis and Darshans are offered all through the day in the temple for devotees to take part in. At 4 am, the temple is opened and darshans are done during the slots of the morning, afternoon and evening. You can find the time on this website. If you don’t want to stand on a long queue just to pay for darshan, there is an online booking facility which was done by the Shri Sai Baba Sansthan, Shirdi Trust. After booking online, temple offerings can be done in less than an hour. To book Darshan and other things such as transportation and accommodation, you have to register online. Some documents/ information required for registration can be seen here.

Shirdi is home to Si Baba and is situated a distance of 122 kilometres from Nasik. According to belief, In 1858, Sai Baba reached Shirdi and stayed for 60 years until he acquired salvation in the year 1918. He is known as the “child of God” as he never stopped preaching about universal brotherhood. Aside from his temple, there are several places here that serve as main attractions to tourists that are linked to Sai Baba.

Shirdi Bhojanalaya operates the world’s biggest solar cooker. Every day, this cooker makes food for several thousands of devotees for just  Rs. 10. The Bhojanalaya is somewhere every tourist who comes to Shirdi visits.

Restaurants and Local Food in Shirdi

In Shirdi, several are dotted liberally. From Continental to Indian, Maharashtran to Gujarati Thali, any cuisine is available. Generally, the food available here is for vegans sue to the temple being a religious place.

You definitely should check out the amazing Pomegranate and Guava juice in town. Enjoy the food and gain unique experiences by eating food prepared by the largest solar cooker.

Additionally, you can try out the sweets here such as Bundi, Ladoos and much more.

Day 1-  Get to Shirdi and take some rest. Then go for Darshan in the evening.

Day 2- Start your day by going for darshan in Sai Baba temple. Afterwards, visit Shani Shingnapur temple and at night go back to Shirdi.

Day 3-  Finally, head to Trimbakeshwar and in the evening, visit local food joints and handicraft stores.