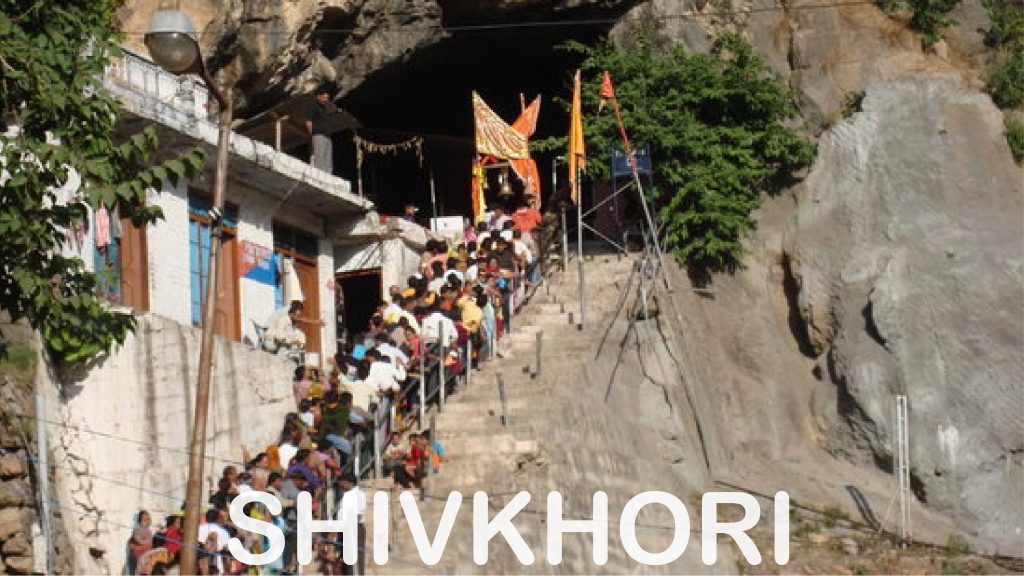 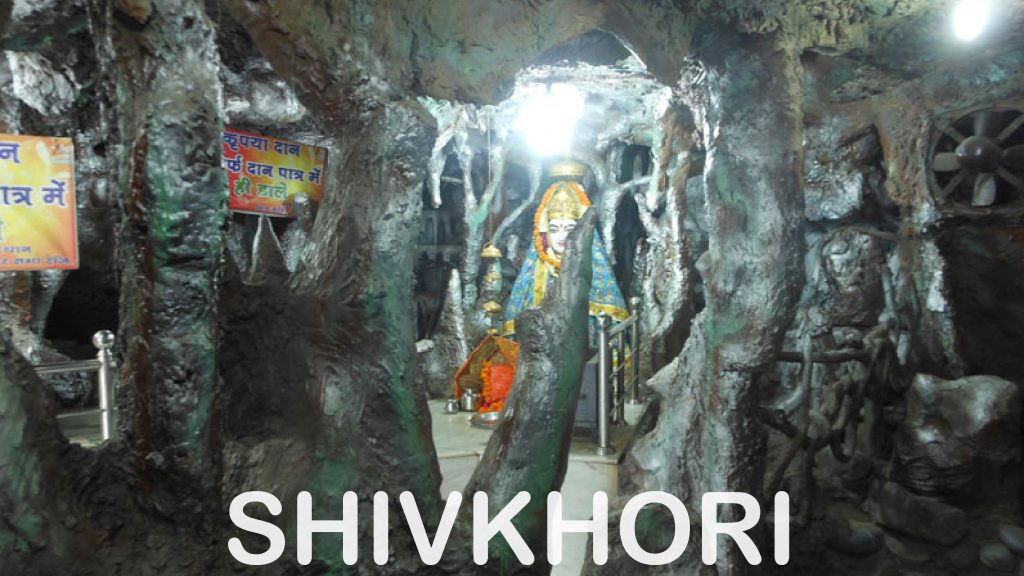 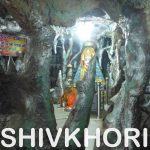 In Udhampur district of Jammu is the naturally forming 4-foot lingam of Lord Shiva. It is located amidst beautiful snow-capped mountain ranges. Jammu is well known as India’s heaven on earth. And if you visit Shivkhori, the title seems to justify itself. This divine shrine is attended by thousands of devotees. Naturally located in a cave, the Lord Shiva lingam is also known as Swayambhu. It is of great religious significance amongst the Hindus. The shrine is dedicated to the unborn and invisible form of Lord Shiva. Shivkhori is a destination famous not only for its divinity but also its enchanting beauty. The difficult route to the lingam inside the cave is worth the effort, considering the blissful feeling of being in the presence of such high divine power.

Worshippers visit the cave from all over the world. And all of them are well-equipped for the 3 km trek to reach the cave. The trekking route goes through exquisite mountain ranges with lush green beauty for miles. Inside the cave, you can see naturally forming shapes resembling Lord Shiva, Goddess Parvati, Lord Ganesha, Nandi, Kartikeya and Sheshnag. The naturally forming power of these idols is what draws devotees towards them in utter awe. The hypnotic beauty of this place is one of the reasons why devotees keep coming back.

According to the myth, a demon named Bhasmasur prayed for years to Lord Shiva, who in turn, seeing his dedication, granted him a wish. Bhasmasur in turn wished for a power that would allow him to kill anyone just by placing his hand on their head. On being granted the said wish, Bhasmasur moved forward to kill Lord Shiva himself. In order to save his life, Lord Shiva fled with Goddess Parvati and Nandi. While on the move, they decided to rest for a while at Shivkhori. In search of Lord Shiva, Bhasmasur also reached Shivkhori, where he got into a fight with Lord Shiva. The demon lost but was spared his life by Lord Shiva. He, further, created a passage through the cave by throwing his Trishul and passed through it with Goddess Parvati and Nandi.

The cave at Shivkhori is 200 metres in length, 3 metres in height and barely a metre in width. The rocky cave leads up to the magical naturally forming lingam. It forms up to 4 feet in height. 300 people can be accommodated at the entrance of this cave at once.

Going further inside the cave, you follow a passage that leads to a much smaller chamber. The chamber is small enough to let only one person pass through at a time. The person would have to crawl or crouch to get through this chamber. The passage further divides into two different ways, one of which is currently closed. It is said that the closed path leads straight up to Swami Amarnath Cave in Kashmir.

Navratri: Another auspicious festival, Navratri celebrates Goddess Durga and all her nine forms. A pilgrimage to Shivkhori during Navratri is said to grant blessings to the devotee.

October to April is considered to be the best time to visit Shivkhori. The temperature during this time is pleasant and it makes the trek up to the cave much easier.

How to Reach Shivkhori

The closest railway station is in Udhampur called the Udhampur Railway station while the nearest airport is 75 km from Udhampur in Jammu city. Public and private transport are available from the airport to the Shivkhori cave.

If the trek is too tiring for you, you can avail the palkhi and pony services at the bottom of the trek. You can also opt for the scenic trek going through Ranso, Reasi, to reach the divine Shivkhori cave at the top. The trek is 3.5 km to the cave.

Helicopter services can also be availed from Katra. The travel time is 20 minutes from Katra to the Shivkhori shrine. 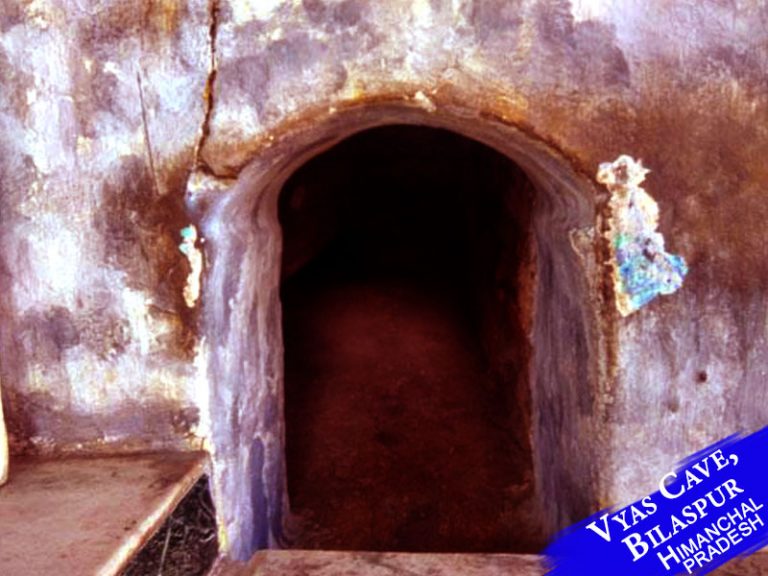 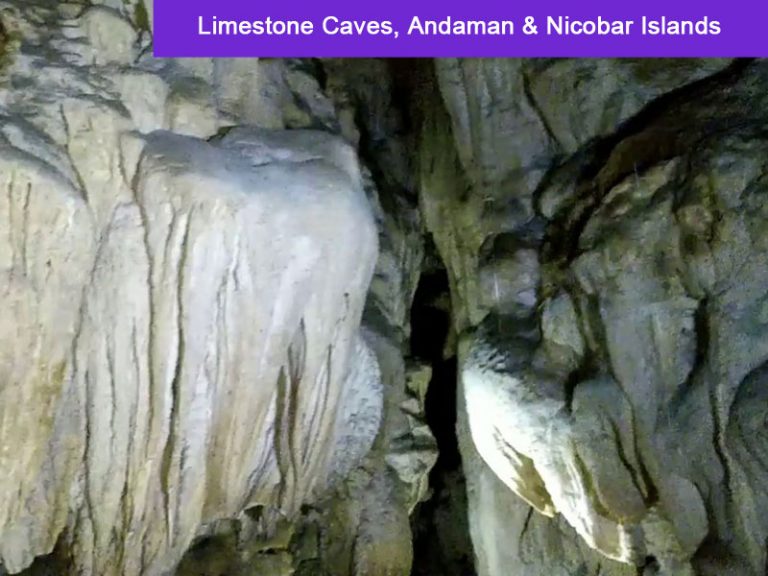 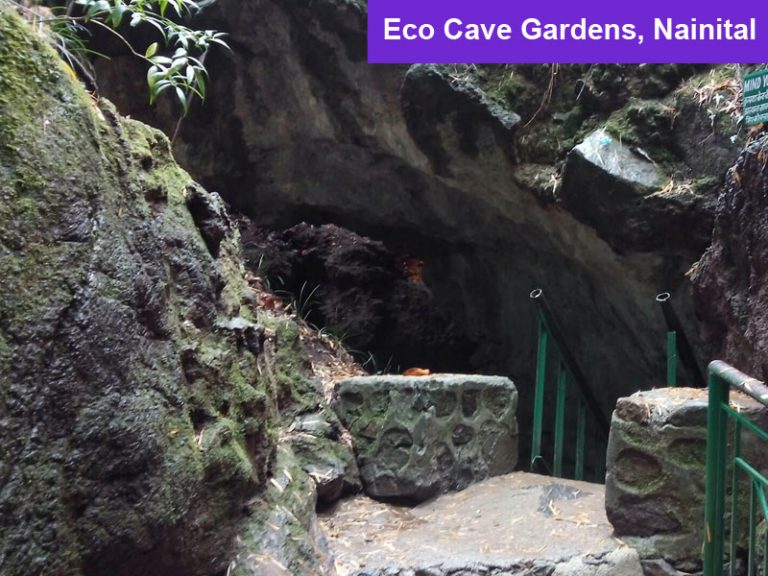