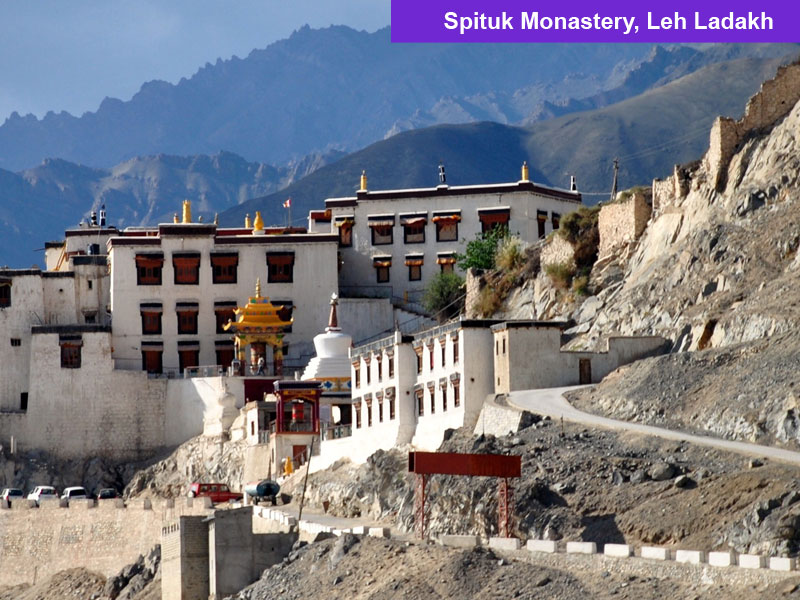 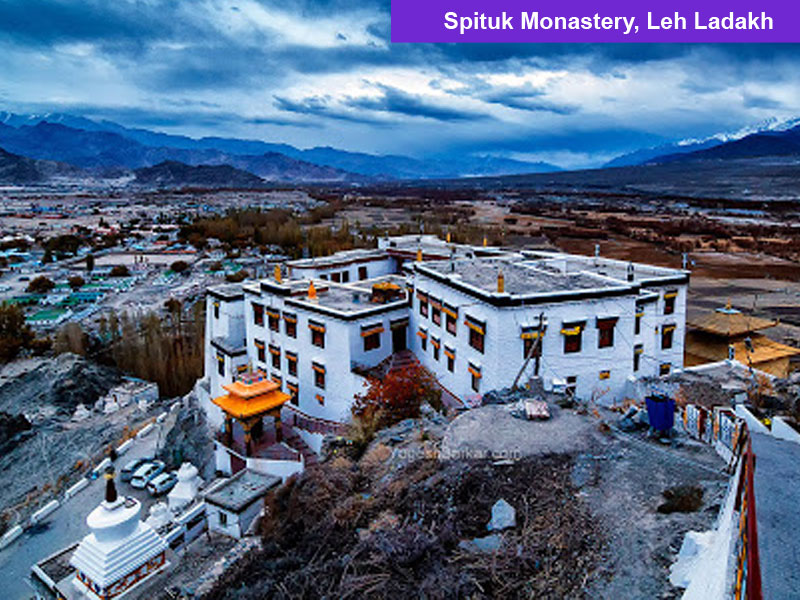 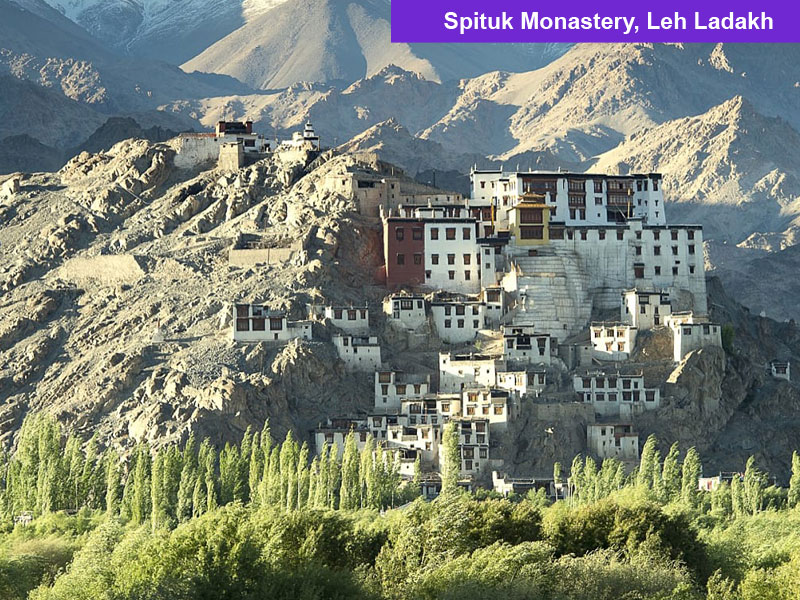 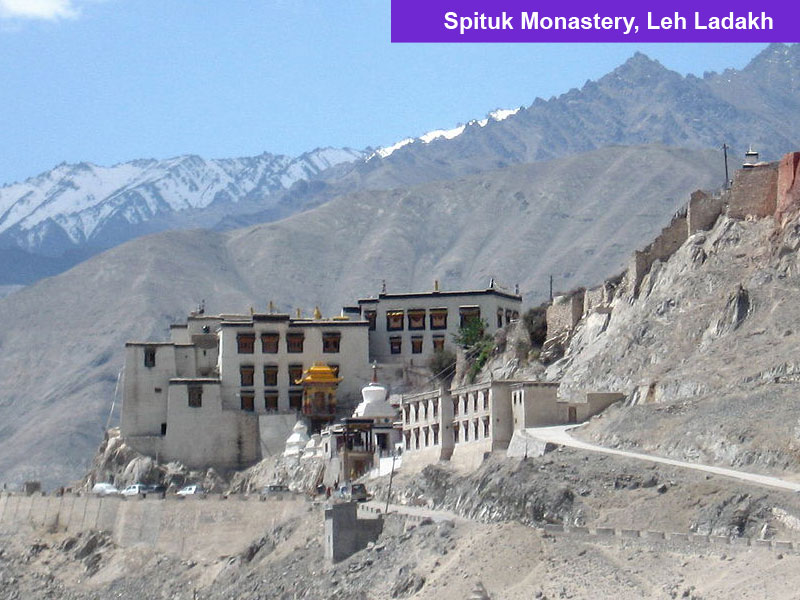 Complementing the spectacular view of the Indus Valley at the base is the Buddhist Monastery in Leh – Spituk Monastery, or Spituk Gompa. The Gompa is 18 km from the capital of Ladakh, Leh. The place has also been named one of the most magnificent monasteries in Northern India. It is home to almost 100 monks and a giant statue of Kali that is also considered as one of the biggest attractions of this Gompa. This place is perfect as a visit for historians and followers of Buddhism.

In the local language, the Spituk monastery is known as the Pethup Gompa. The founder of this monument was Od-de, elder brother to Lha Changchub Od. He founded Pethup in the 11th century on arriving at Maryul. Blessings to the site were given by Arhat Nyimagung. Lotsewa Rinchen Zangpo (Translator) arrived at the place and predicted the rise of a great spiritual and religious community. Hence, the monastery was called Spituk. The Spituk Monastery witnesses tourism from all parts of the world. This is owing to its immense beauty next to the great Indus Valley. The main tourist attractions are the Buddha idol and the 5 Thangka paintings.

A giant statue of Kali and 100 monks reside in the magnificent Spituk monastery. The collection of Buddhist objects of antique arms, icon, ancient masks and the many gloriously colourful Thanka paintings are of great importance. The colourful aura and the architecture make Spituk one of the most famous and oldest monasteries in Ladakh. The site of the monastery heavily influences its inner decor. The monks can sit on the benches in the meditation hall in the centre of the monasteries to offer their prayers.

The 27th to 29th days of the eleventh month of the Buddhist calendar witness the Gustor Festival being celebrated at Spituk every year. The monks perform the signature mask dance as a sign of annual tradition. The festival fills everyone with eccentrics. The two-day dance festival then marks for the seven-day long prayers. The burning of an effigy marks the end of the festival as a symbol of defeating evil.

Arhat Nyimagung blessed the land of Spituk. Od-de, elder brother of Lha Lama ChangChub Od, founded this monastery when he visited Maryul in the 11th century. The religious and spiritual communities were introduced by him. Lotsewa Rinchen Zangpo predicted the rise of an “exemplary” religious and spiritual establishment at the site and that is how the monastery came to be known as Spituk, which is translated to “exemplary”.

Lama Lhawang Lodos restored the monastery at Spituk during the reign of Dharma Raja Gragspa Bum-Ide. The stainless order of Tsonkhapa, which remains till date at the site, was introduced by him. Although it was originally established as a part of the Red Hat Institution, Spituk was eventually taken over by the Yellow Hat sect in the 15th century.

Visiting the monastery will give you a glimpse of the history and culture of the place. Try to coincide your vacation with the festival. It is a lovely time to visit Spituk.

How to Reach Spituk

Spituk is located at a distance of 8 km from Leh. You can hire local cabs from Leh to get to the place. 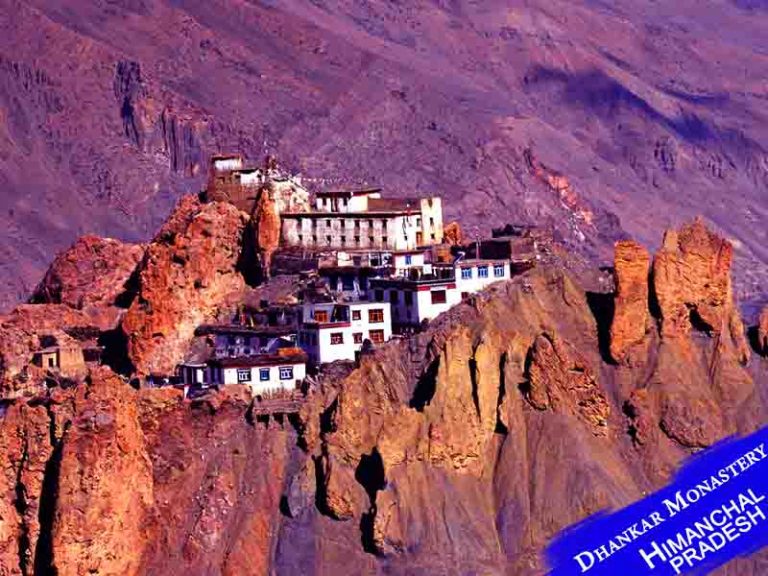 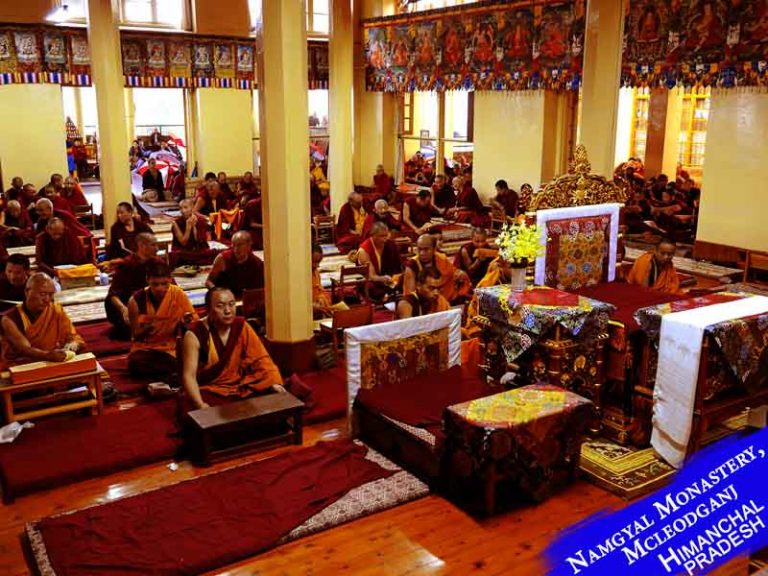 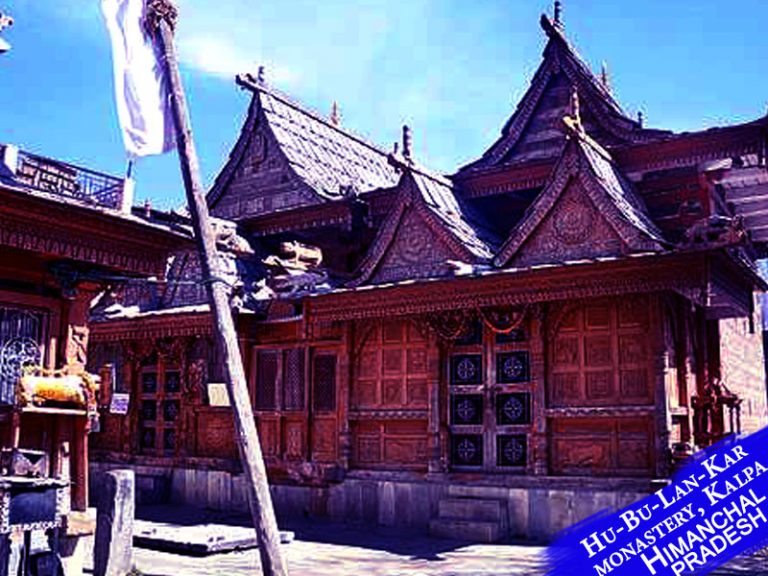