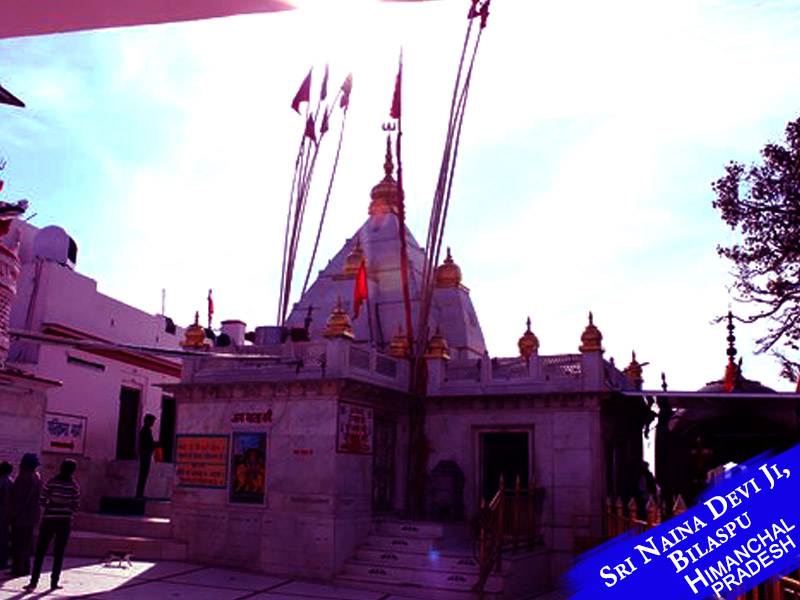 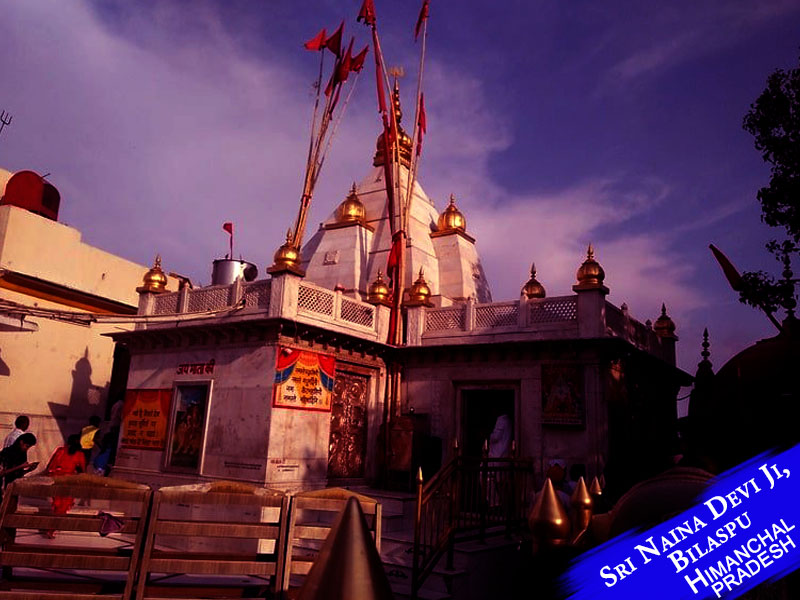 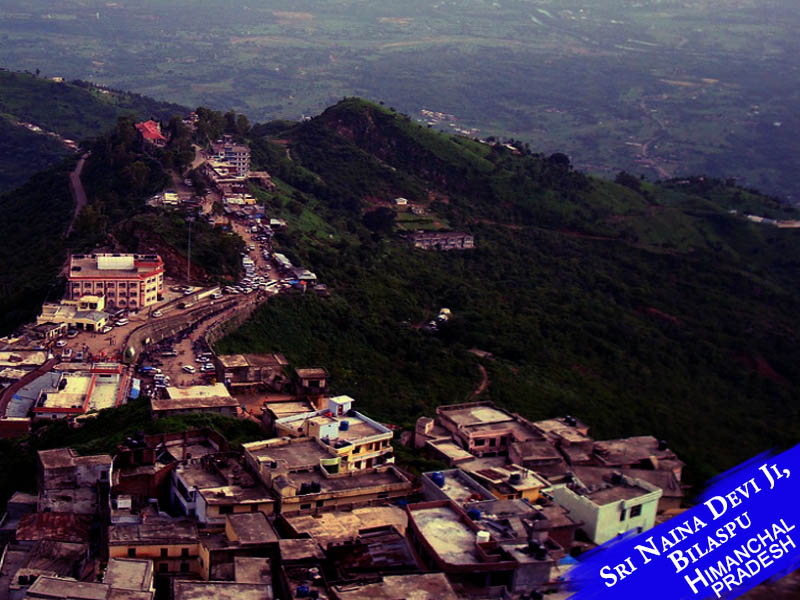 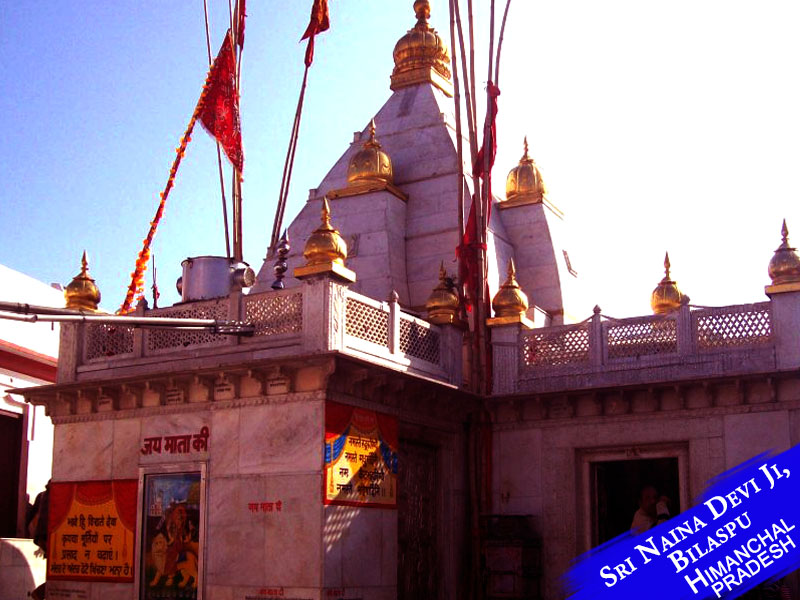 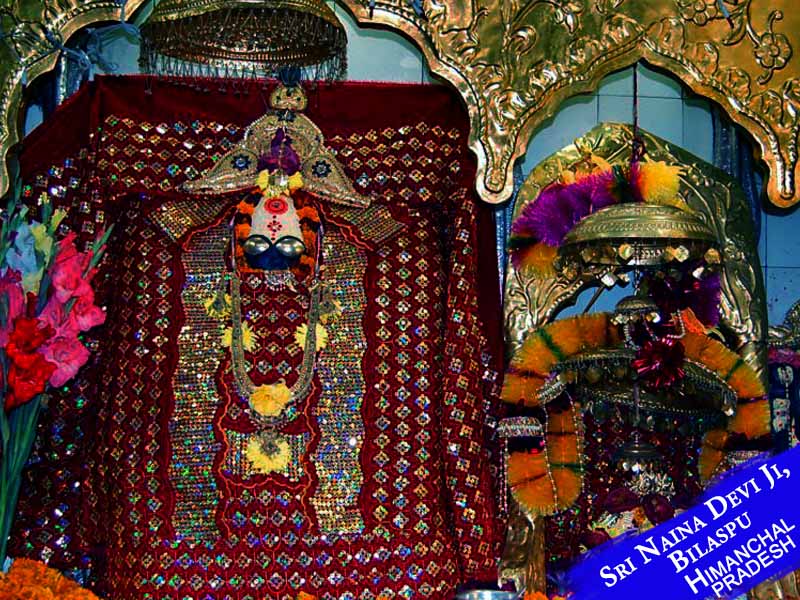 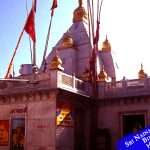 On the mountain top of the Bilaspur district in Himachal Pradesh, the Sri Naina Devi Ji temple is located. The temple is at an altitude of 1219 meters above the level of the sea. It was constructed in the 8th century by Raja Bir Chand. There are several folklores related to this temple. This place is considered to be very holy and is visited by many pilgrims regularly.

The folklores surrounding this temple give it a mystical aura that attracts many visitors and fills them with charm. On a three-sided hillock, the temple was built and is believed to fall amongst the 52 Shakti Peeths of Goddess Sati. Throughout the year almost all of the Hindu festivals are celebrated here with great mirth and vigor. Tourists and pilgrims come here to witness these festivals and take blessings of the great Goddess.

The past about the temple

Among all the folklores surrounding this temple, the most famous one is, when Goddess burnt herself and sacrificed her life during her father’s Yagna, Lord Shiva became furiously angry. Shee took the dead body of the Sati on his shoulder and began his Tandava. Shiva’s wrath made all other deities terrified as might have destroyed the world. Then Lord Vishnu used his Chakra to cut the corpse of Sati into 51 pieces to stop Lord Shiva and save the world. The 51 body pieces fell in different parts of the world. Sri Naina Devi temple is situated is the place where the eyes of Sati knocked down. From this, the temple was named as Naina Devi temple.

Famous Festivals at the Temple

Palkis and the Ropeways at the temple

There are ropeways to take the visitors from the lower part of the mount to the temple so that they can see the grandeur of this temple. This is the easiest access available in this town to visit Naina Devi temple. Also, palkis are available in this area and are used as a comfortable ride. Devoted pilgrims like to cross the path on their foot singing Jai Mata Di on their way. The distance from the bottom of the hill to the top can be covered comfortably within 30 minutes.

Formation of the Holy Temple

The temple of Naina Devi Ji is situated at the peak of a mount so people reach there by walking or by any carriage. People can also use the ropeway to get to the temple. There is a magnificent Peepal tree on the left side of the main gate. Figures of Lord Hanuman and Lord Ganesha are situated just opposite to the tree. After arriving the main temple, visitors can see two gigantic sculptures of lions guarding the temple. In the inner chamber, three idols are situated. The left side has the idol of Kali Devi, you can see the Eyes of the Shakti in the middle, and on the right side id the idol of Lord Ganesha. There are shops on the sides of the road leading to the temple. They sell souvenirs and prasad. Thousands of pilgrims and devotees visit this temple during the primes Hindu festivals. Naina Devi temple is one of the most visited temples of the country and holds a huge religious significance.

The temple is situated at the top of a hill in Bilaspur of Himachal Pradesh.

Ø  Air: Chandigarh is the nearest airport from the temple. Indian Airlines and Jet Airways flights connect this airport to New Delhi. The temple is almost 100 kilometers away from Chandigarh.