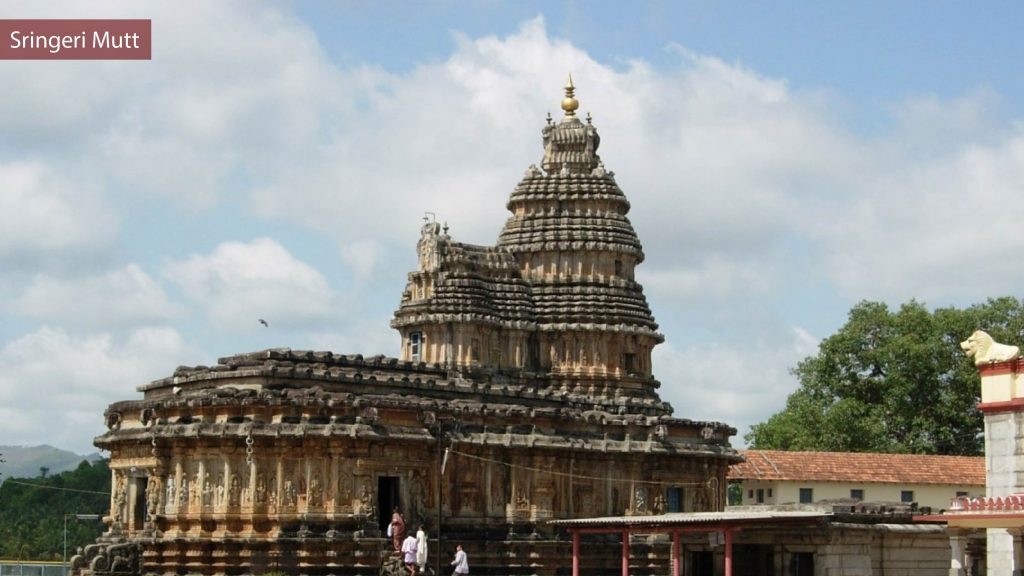 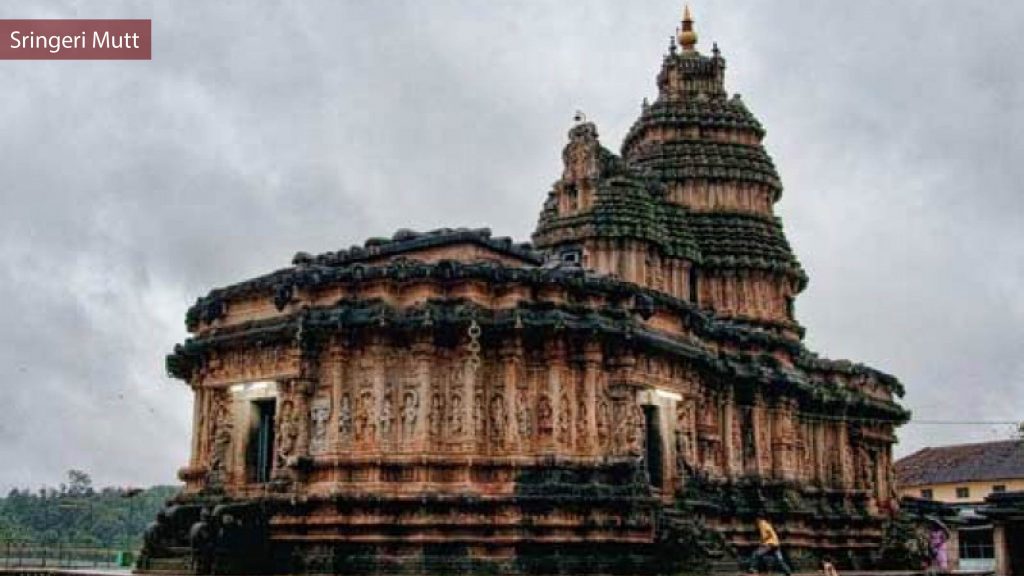 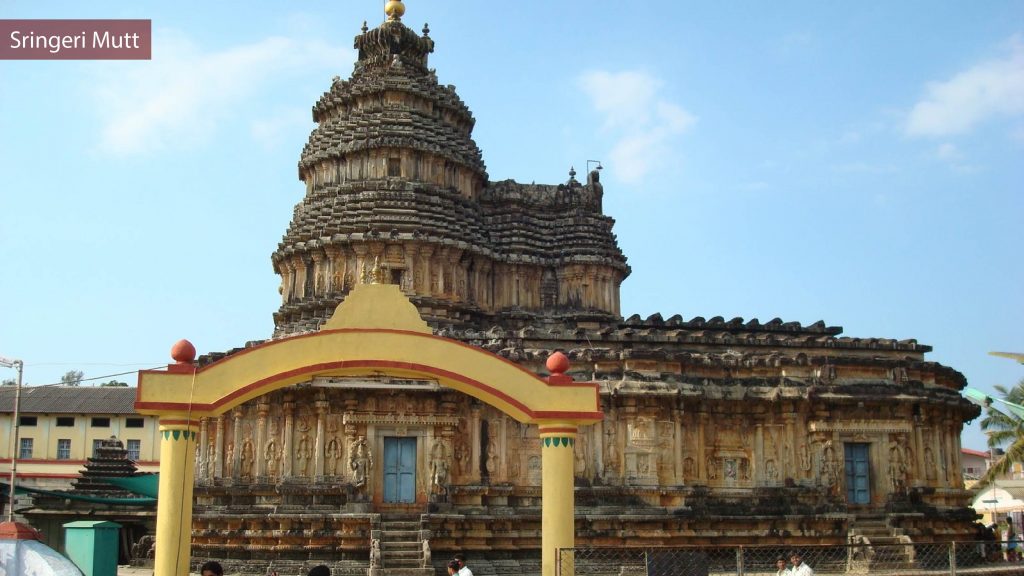 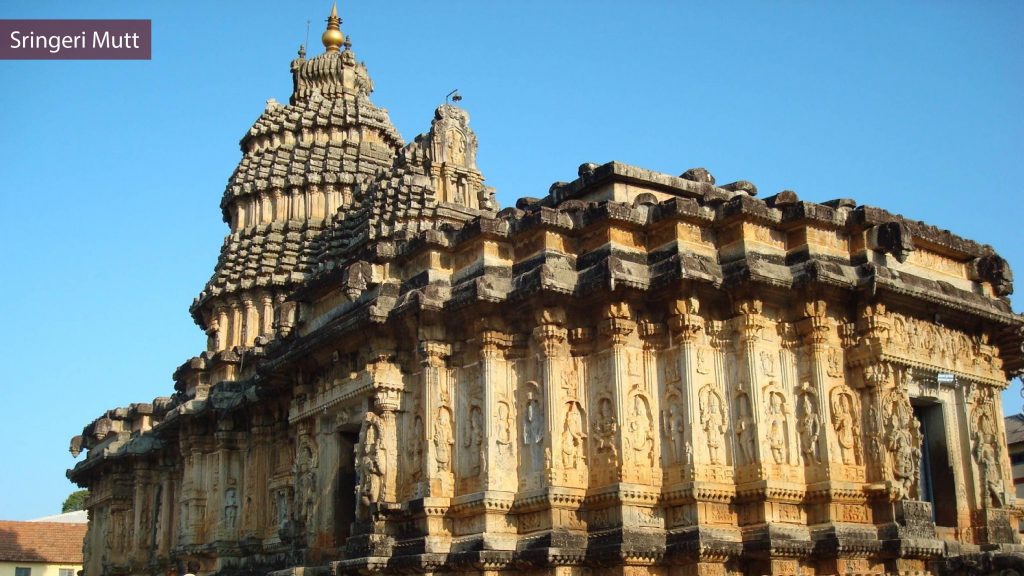 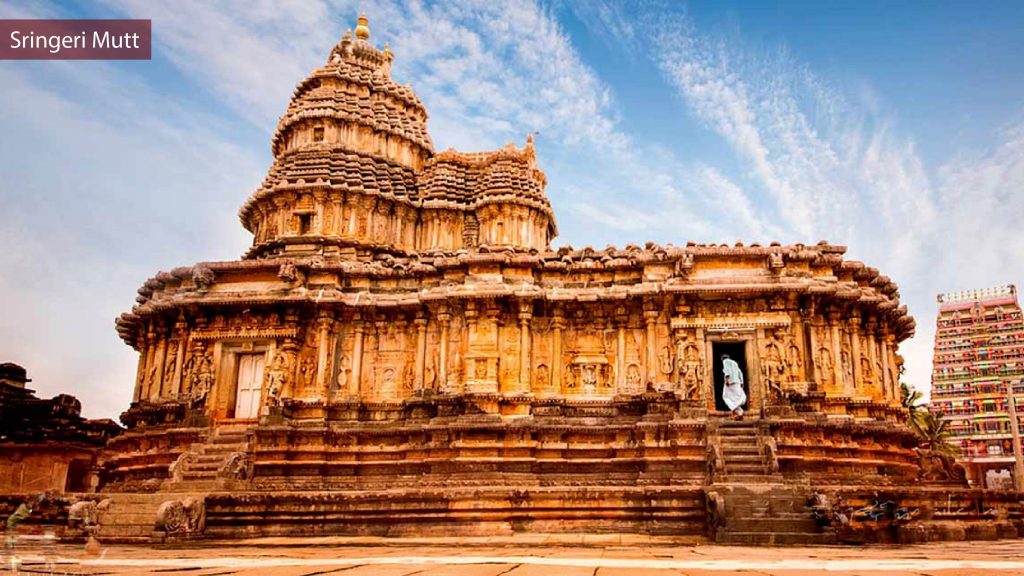 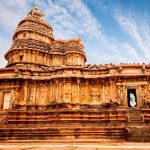 Sringeri Mutt was built in 8th Century AD by the famous philosopher and inspirational teacher Adi Shankara. He was also known as Jagadguru which means the teacher of the world.  Sringeri Mutt is an ancient temple situated on the banks of Tunga River which has religious significance and rich cultural heritage.

Built over 12 centuries ago to honor the sacred traditions of Santana Dharma, Sringeri Mutt is the first of the four Amnaya Peethams, which means the throne of the Vedas. The temple is devoted to Goddess Saraswati, who is the Goddess of Knowledge. The ambience around the temple radiates the essence of peace and equanimity. The setting of the temple on the banks of the river along with soft far-away murmurs of waterfalls soothes any kind of disrupted mood.

As per the Hindu legends, Sri Adi Shankara was a traveler and he was always in a constant search of a suitable place where he could preach the principles of Advaita Vedanta. One fine afternoon, he was walking past the banks of the River Tunga when he spotted the most unusual sight and was immensely surprised.

He saw a frog in misery; squirming and suffering in the hot afternoon sun. Right away he sees a cobra spreading his hood to provide the frog some shade from the blazing sun. This display of affection left Adi Shankara in great shock and simultaneously, he was very impressed by the place and the way the animals lived harmoniously without any instincts of natural hatred. He spent 12 years of his 32-year long life at this place and was determined to set up his first math or monastery, which he eventually did.

Rashi Stambhas is the most remarkable and spectacular attraction of Sringeri Mutt and its name means ‘zodiac pillars’. The dome of the Vidyashankara Temple is held high by 12 pillars arranged in a circular outline. In each pillar, each of the twelve divisions of the zodiac is carved in it. The pillars also have interesting illustrations of lions in biped position, with balls made out of stone inserted in the growling faces of the lions. What is even more fascinating is that despite engraved in the pillar, the balls are movable. The pillars are structurally placed in such a fashion that the first rays of the sun fall on specific pillars carrying particular zodiac signs, in correspondence with the position of the sun.

1. Tunga River is inhabited by a large number of golden fish that bring wavering changes to the color tones of the river with their swift movements. As you witness this beautiful phenomenon, don’t forget to feed the fish some puffed rice and complete your day’s good deed.

2. Videographer and photography are strictly prohibited at the Sringeri Mutt. Do not carry DSLR or other camera equipment. Camera phones can be carried inside, but its usage is limited to calling. Do not try to outsmart the security by taking pictures from the phones.

3. The Mutt also serves delicious lunch and dinner. The efficiency and scale of operations are truly commendable.

How to Reach Sringeri Mutt

Sringeri Mutt is situated 86 km away from the city of Chikmagalur and is easily accessible by roadways. Although Chikmanglur does not have a railway station, you can first travel to the nearest railway station in Shimoga and reach Sringeri by using private or state bus services.

You can also travel to Sringeri temple via the Mangalore Railway Station which is situated at a distance of 120 km. This railway station has a higher frequency run of trains throughout the day. Udipi Railway Station also stands to be a convenient option. Efficient access to the railway services will boost the number of devotes traveling to Sringeri. There are three important and highly used bus stations viz. Jayapura Bus Stand, Horanadu Bus Stand, and Balehonnur Bus Stand, from where you can get a bus to Sringeri Mutt round the clock. You can book your bus tickets either manually or online.