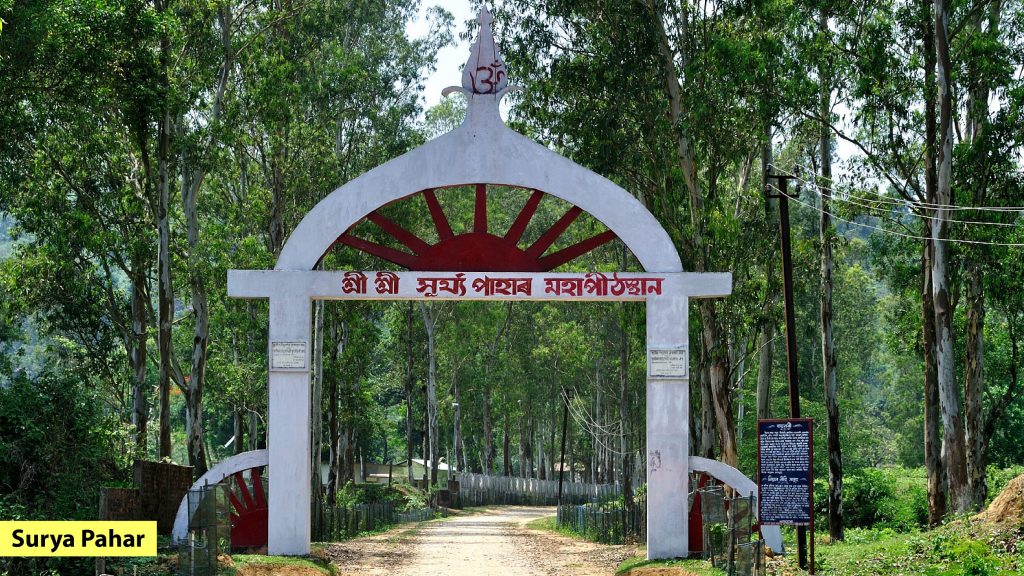 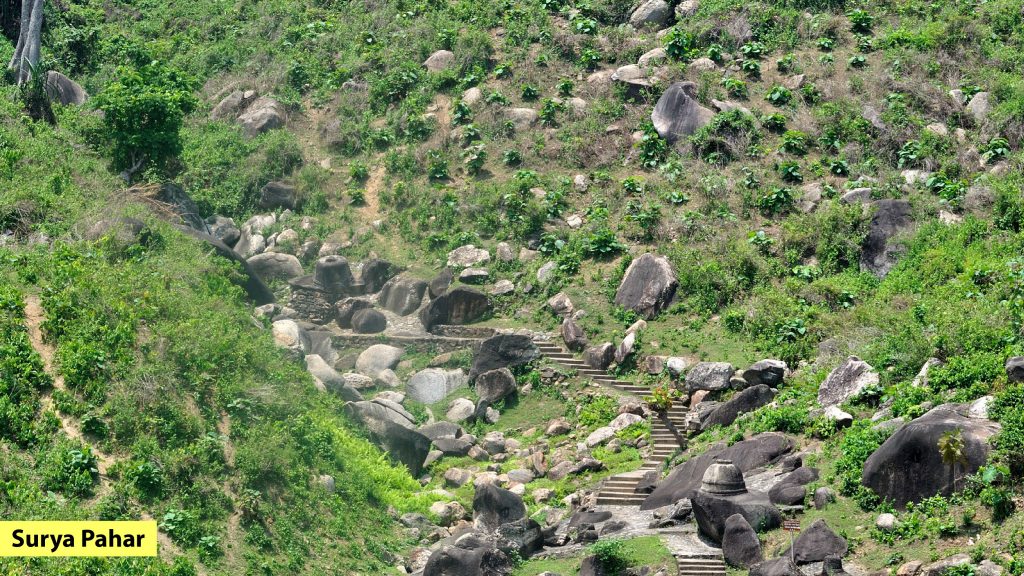 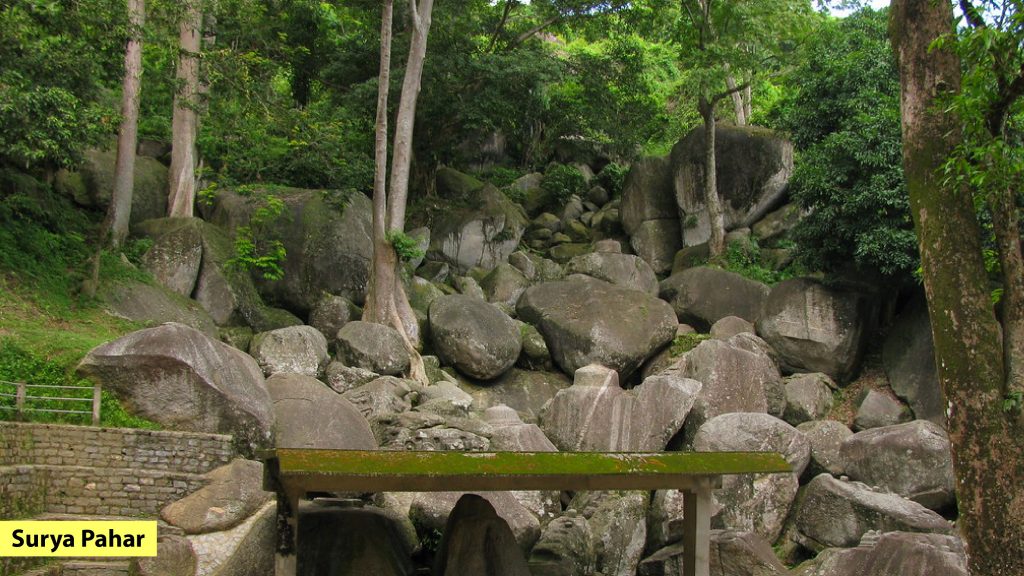 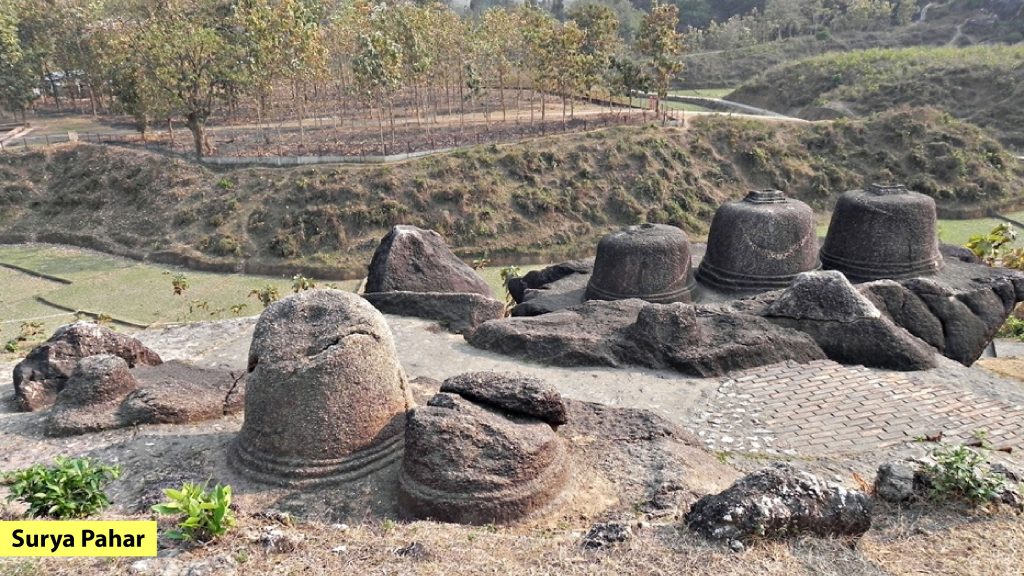 Truly there are places to visit that you would have been thrilled to realize that places like the surya Parhar even existed,it is a relatively downside located near Goalpara in Assam.

This place is said to be having quite a lot archeological recovery’s.

also u can refer to it as a real dig deep, which can be referred to as the hill of the sun in English.

This tells us that the site was imbibed with the sun and its worship.

There are treasured artifacts kept in a museum located at about 12kms the south eastern part of Goalpara.

there are now only the ruins and void of it located at the place although we have local vendors checking in often, the site is a hilly slope zone thats dotted with thousands of Shivalingas

The great sage Vyasa Prahar laid the foundation for the place by dotting it with 99,999 shiva lingams through on the face of the mountains which as ever since been part of the towns civilization.

The city is a major trade city with major routes in brahmaputra.

It has a great status for reputation having been the amalgamation of the three religions Hinduism Buddhism and Jainism.

Some research finders have said the Sri Suraya pahar was the seat of the Pragjyotish kingdom and not of Guwahati.

To confirm historical thesis many strips of cut rock antiques and carved rocks and also 25 stupas were found with the duties as proof of the presence of the three religions.

Although Jainism didn’t have a strong preference in the north east asides it’s presence in suyar pahar.

Try not to spook the monkeys as there are many of them.

How to reach Surya Parhar

There are buses and trains available to take you where you want to go any day anytime.