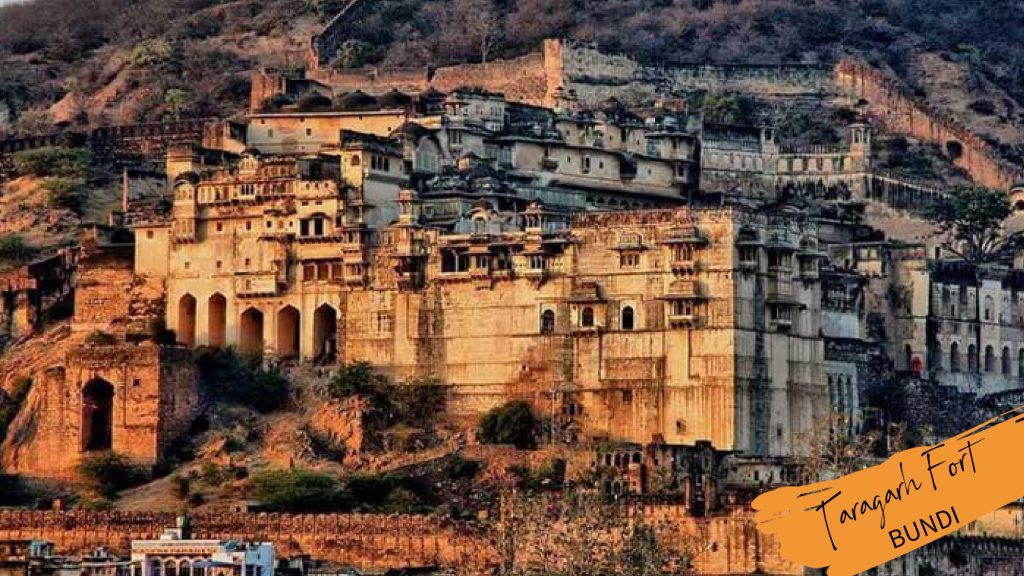 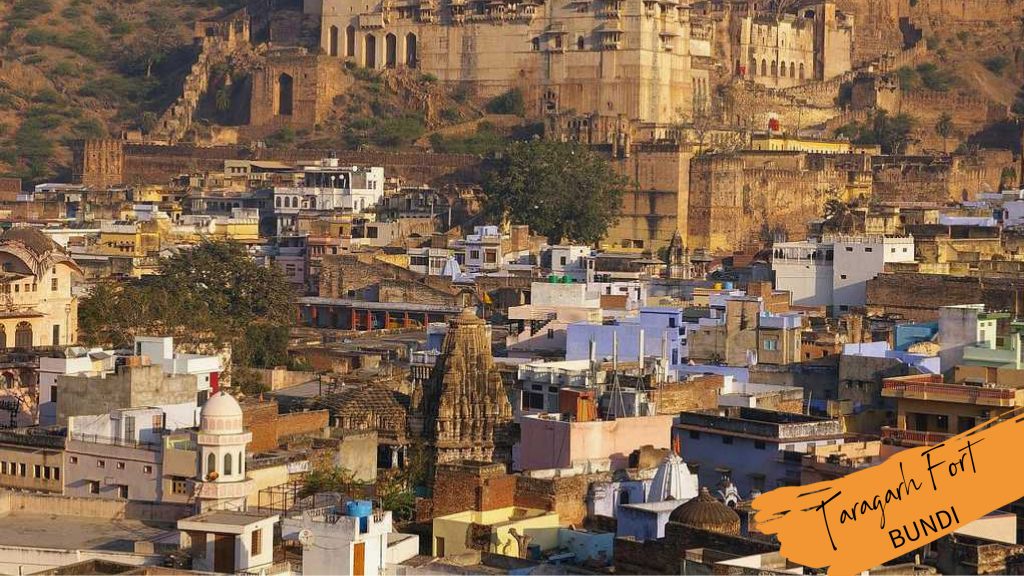 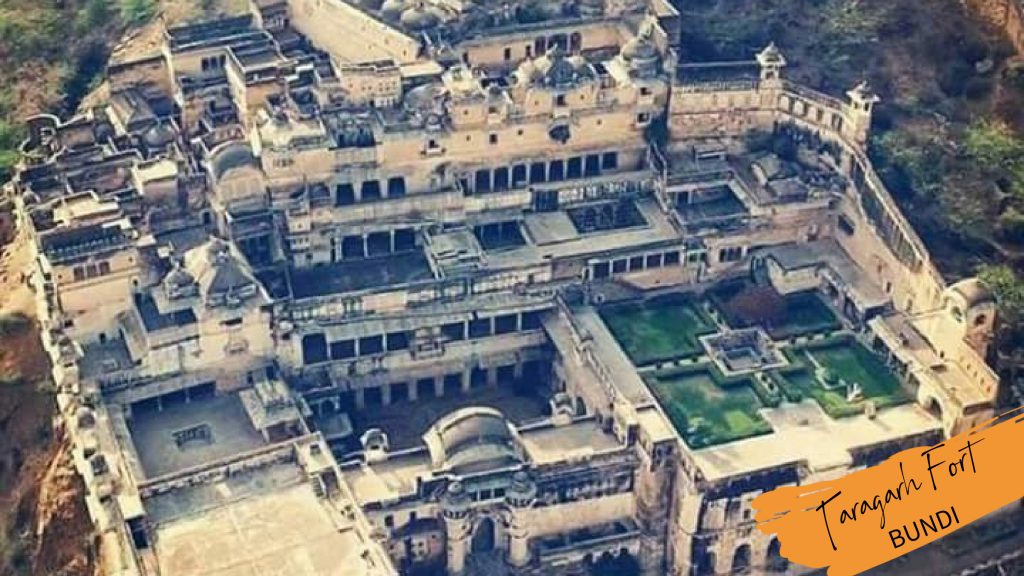 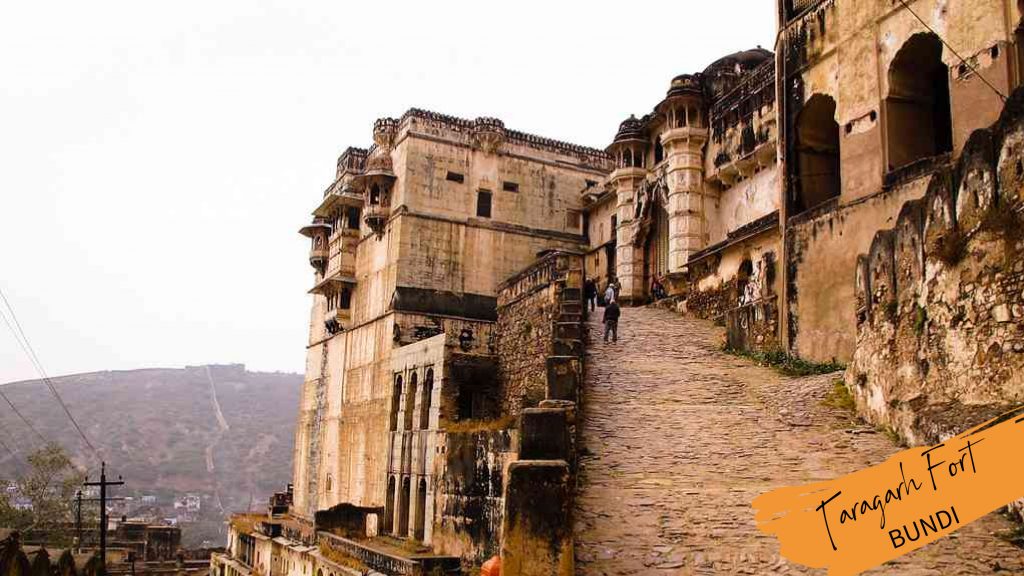 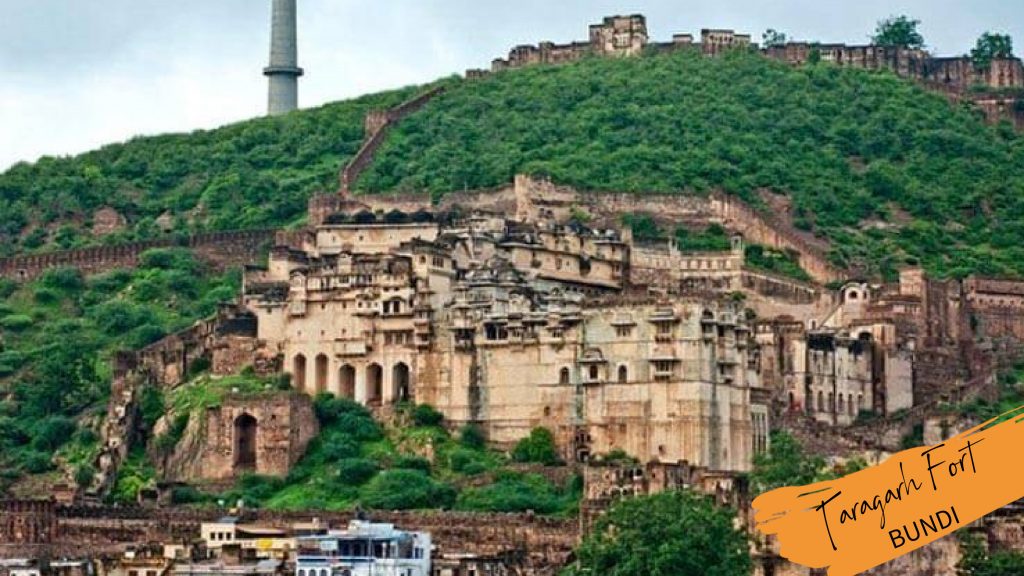 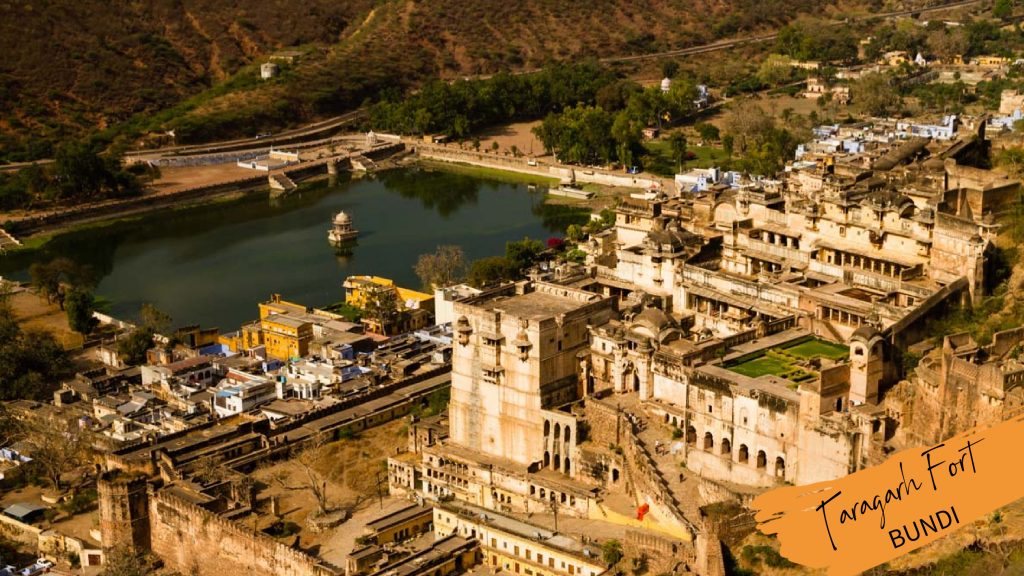 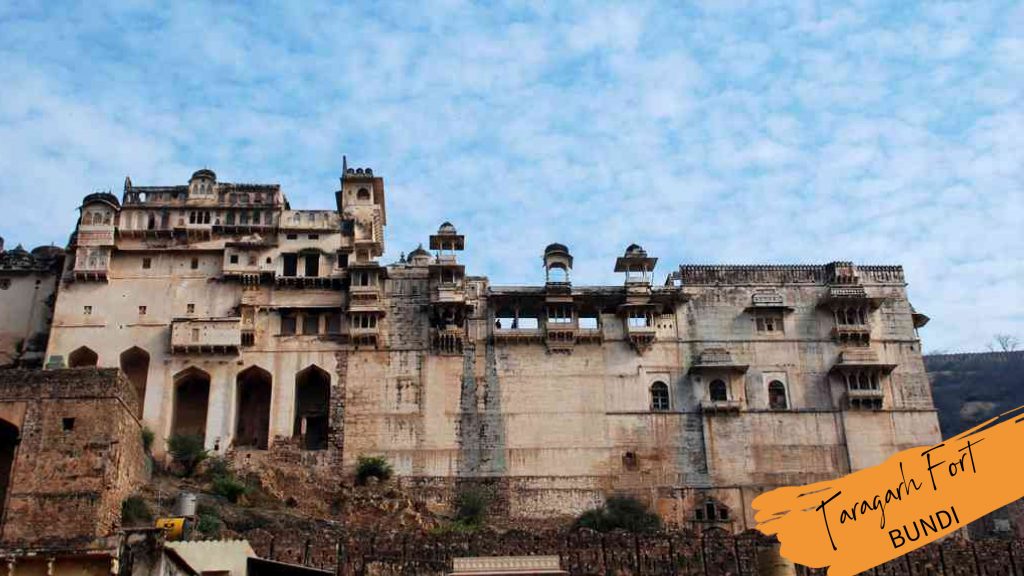 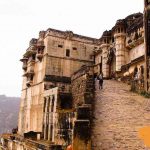 The Taragarh Fort is also recognized as ‘Star Fort’ and is one of the magnificent works of architecture situated in Ajmer city in the Indian state of Rajasthan. This fort was built in the year 1354 by Rao Deva to safeguard the ancient city of Bundi. Nestled on the slopes of Aravali hills, this fort is one of the attractive destinations in Rajasthan. You will be impressed by a panoramic view that the fort has to offer.

From the top of the fort, you will get a breathtaking view of the Bundi city located in the Nagpahari region of Aravalli range. The view of the fort is so enchanting that it was even described by the popular writer Rudyard Kipling as “more the work of Goblins than of men”. Unfortunately, the fort has been losing its charm with the passing time. However, you will still be stuck in absolute admiration of myriad characteristics of the fort that showcases the magnificence of Rajput rule in the region.

There are three gateways at the entrance of the fort which lead to tunnels and other parts of fortifications. Several other structures such as the Rani Mahal and Grand Canyon or ‘Garbh Gunjam’ are located within the fort which might be of some interest to you. In fact, the Rani Mahal is a major tourist attraction in the place and it was built particularly for the wives and concubines of the rulers of those times. The fort is a perfect place to spend your evening watching the sunset. Several shades of fading sunlight is cast over the city of Bundi, making it look prettier than ever before.

Taragrah Fort is built on a hilltop of the city of Bundi at an elevation of 500 m. This fort was constructed in the year 1354 by Rao Deva. The fort has stood tall and firm under several rules ranging from Rajputs to Mughals, Marathas and the British.

A grave of  Hazrat  Syed Meeran Hussain is also present within the fort. He was the administrator of Ajmer during the reign of Sultan Shahabuddin Ghori. Right after  Qutubuddin Aibak passed away, the fort was attacked by the Chauhans and Rajputs and during the war, Miran Syed Hussain was captured and killed in the fort.

As you approach the entrance of the Taragarh Fort, you will spot three major gateways namely Phuta Darwaza, Gagudi ki Phatak, and Lakshmi Pol. These gates are known for marvelous carvings of elephants on them. The gateways also lead to meandering tunnels built under the fort. The tunnels were used by the kings and other important officials to abandon the fortress during the times of war and alarming threats. Unfortunately, tourists are not allowed to enter the tunnel as there are no complete maps of the tunnels that are available.

Moreover, you will also get a chance to explore several ramparts and battlements in the fort. One of the largest battlement is Bhim Burj which was built during the 16th century. The gigantic canon Garbh Gunjam which is also known as the ‘Thunder from the Womb’ was once mounted from this battlement. The fort also has huge water tank reservoirs. The water stored in these tanks was supplied to the residents in times of crisis.

One of the popular attractions within the fort is the Rani Mahal. It comprises of beautiful chambers and corridors, tinted glass windows, wall hangings and paintings that reflect the rich bygone age. The famous Dargah of Miran Saheb is also present with the complex of the fort. The Taragarh Fort offers an excellent view of the entire town and is perfect for bird gazing which in turn lures the tourists.

As per the season, the fort is open for a specific time every day. Following are the timings of the fort:

The entry prices of the fort are following:

For Indians: INR 25 per person

For Foreigners: INR 100 per person

Photography is allowed in the fort. Moreover, you have to purchase a separate ticket worth INR 50 for carrying a digital camera and a ticket of INR 100 if you wish to carry a video camera along with the digital camera.

The ideal time for tourists to visit the Taragarh Fort is from November to March. The weather during this season is pleasant and you can explore the fort on foot.

1. Beware of monkeys and langurs found inside the fort. Carry a stick to as a tool for precaution.

2. There is no facility of drinking water inside the fort so do not forget to take a water bottle.

3. Try and visit the fort during the early morning hours. Walking around in the scorching heat can become excessively exhausting during the daytime.

How to Reach Taragarh Fort

The Taragarh Fort is situated just 10 kilometers away from the Dargah Bazaar. From the Bazaar, you can take a cab or an auto to the Taragarh road. The entire trip will take you around 30 minutes from the Dargah.