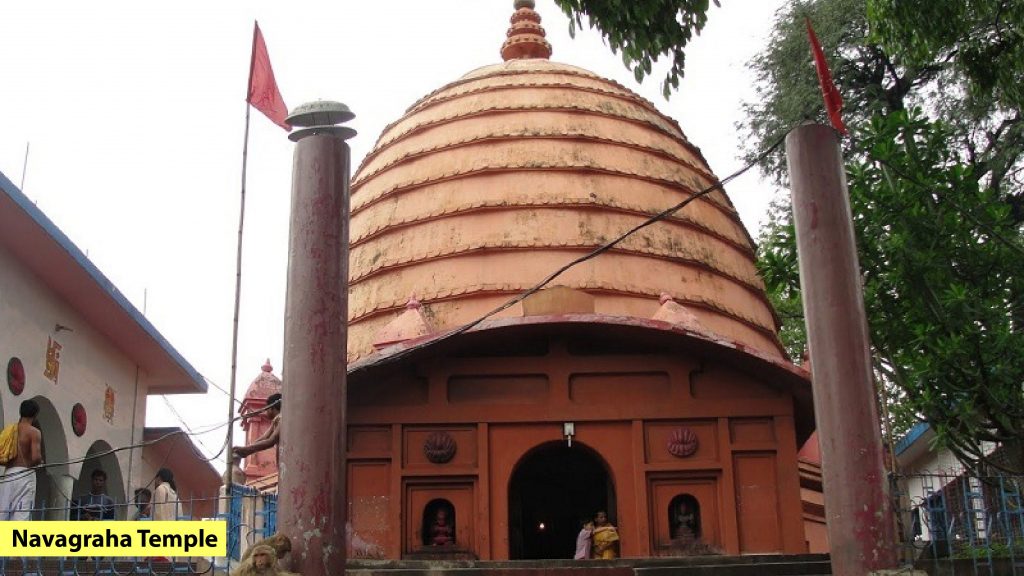 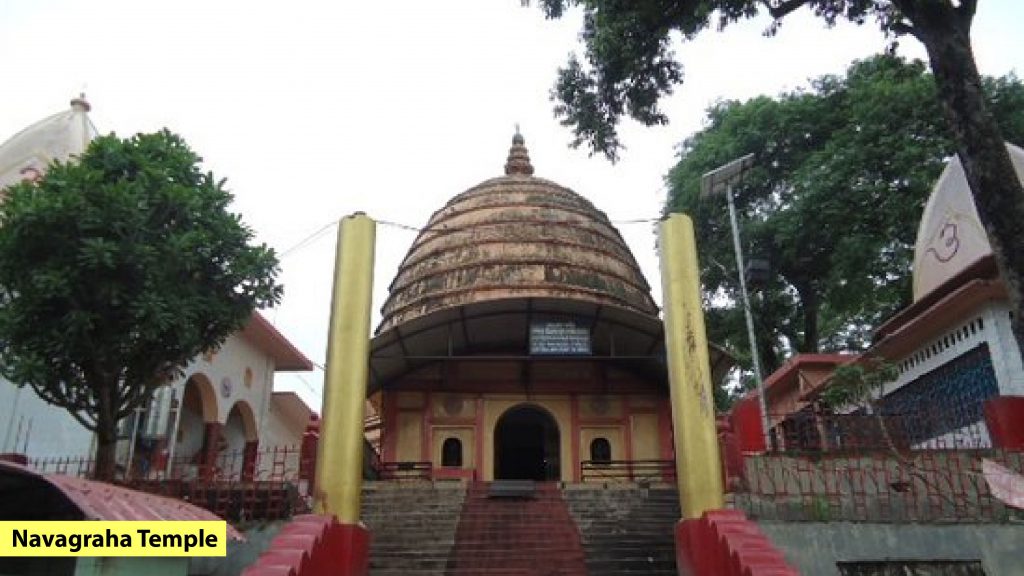 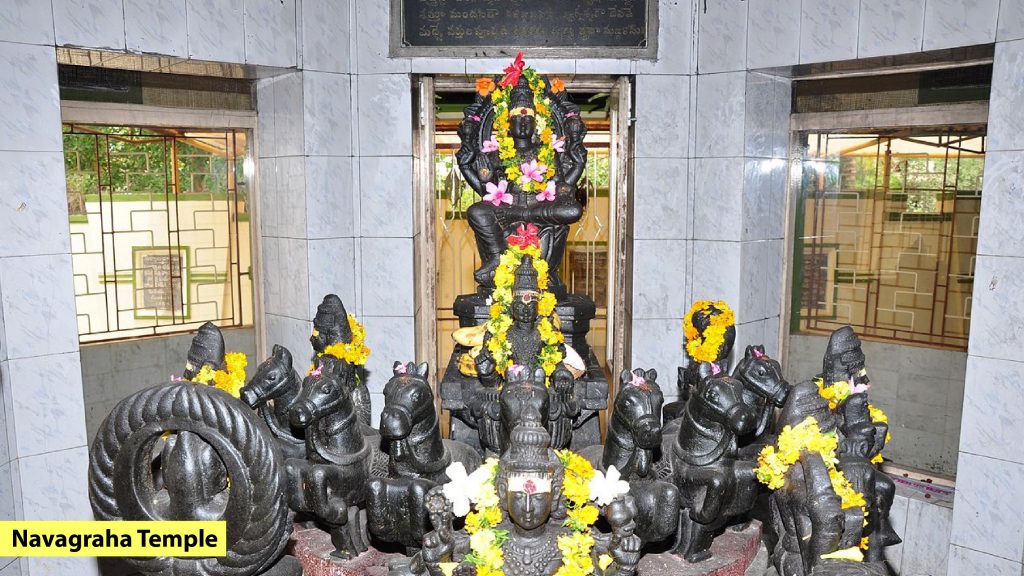 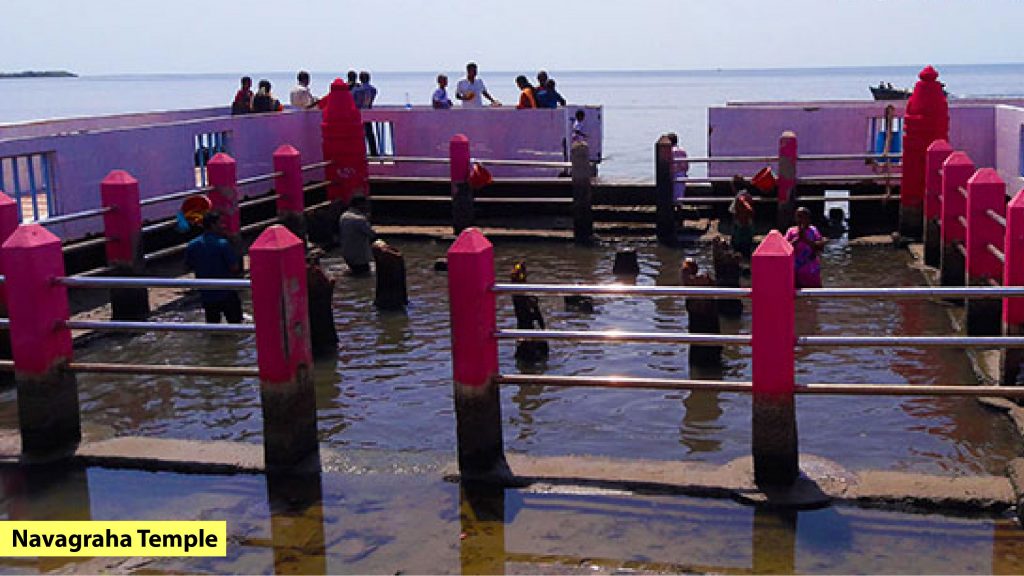 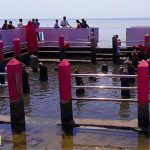 The beautiful temple of Navagraha is a true site to behold. The Navagraha temple is not too big as far as size is concerned, but it is of grave importance to the Hindu, and is seated at the very top of the Chiltrasal hills which is located in Dispur in the South-Eastern parts of Guwahati in Assam, the North-East parts of India. The temple is a rare gem to behold, and is dedicated to the nine planets that make up our solar system, with each planet being duly represented by the Shivalinga phallic symbol. Since its dedication to the constellation, the temple is of great significance to lovers of astrology and astronomy. The temple provides a breathtaking view of the city below for those waiting in long lines who wish to appeal to the stars and get luck on their side.

Asides the well-known eight celestial bodies, the temple also provides refuge to the most important and prominent of them all, the sun. the beautiful Navagraha temple is a true beauty to behold for those fascinated by astronomy and astrology, and a haven for true devotees of the lord Shiva. The building of the temple is erected somewhere on Guwahati’s second highest hill, and was built sometime around the 18th century, regardless of how old The building is, it still continues to stand strong even in present times, after having lived through demolition by an earthquake once upon a time. There is certainly something quite different about the concept behind the temple, and this is the major reason of the influx of tourists to this temple from various parts of India  the world at large. The ancient Indian mythology posits that the heavenly bodies are sacred deities, in which the gods take on a physical form in the Navagraha temple. The temple serves as a religious ground for the devout of Shiva, having Shivalingas being dedicated to the planets, and also being represented by beautifully decorated sculptures. Amongst all the Guwahati temples, the Navagraha temple happens to be the most famous, and the structure is said to have been erected by the King Rajeswar Singha of Ahom Dynasty. The building of the temple showcases both simplicity and elegance, the temple also have ancient inscriptions on almost all parts of the walls. Perhaps tourists are fascinated by the simplicity and grace of the temple.

A Historical Insight of the Navagraha Temple

Sometime in the year 1752, the structure of the beautiful Navagraha temple was built by King Rajeswar Singha of Ahom Dynasty and he dedicated the temple to the navagrahas which simply means – the nine planets, ‘Nav’ which means nine and ‘Grahas’ which means planets. The heavenly bodies that also make up part of the solar system are Surya the sun, Chandra the moon, Mangala the planet Mars, Budha the planet Mercury, Brihaspati the planet Jupiter, Shukra the planet Venus, Shani he planet Saturn, Rahu the north lunar node, and Ketu the south lunar node. The said king, King Rajeswar Singha of Ahom ordered the excavation of the Silpukhuri tank that can be found near the temple. A significant portion of the temple as well as a temple tower were destroyed earlier by an earthquake, but the structures were later restored, and the temple revived back to life. The inner sanctuary of the temple which can also be called “garbhagriha” survived the earthquake, but certain areas like the upper parts of the temple were not so lucky, and the had to be rebuilt with corrugated iron sheets.

Why the Navagraha Temple is so Significant

In the great Hindu mythology, the nine heavenly bodies are believed to be of great importance and significance, with people strongly believing that the movements of these celestial bodies can bring about good health and prosperity of the people. Hence, these heavenly bodies are viewed as sacred deities and are worshipped whole heartedly with total devotion in the temple. People also believe that worshipping these planets in the temple has the ability to chase off unclean and evil spirits. The town of Guwahati formerly known as Pragjyotishpur, is also believed to owe its ancient name to the creation of the temple in the city. Today in these modern times, the temple also serves as a base for significant research in both astronomy and astrology respectively.

The Pristine Architecture of the Navagraha Temple

The beautiful temple structures are shaped like that of a beehive with the structures painted in the color red all round. In the deeper parts of the sacred sanctum of the temple, the celestial bodies are sculpted to take the form of a Shivalinga, and are beautifully covered and decorated with a colorful cloth that represents each body respectively, having the most prominent of all the bodies at the center of them all, the sun. Around the year 1753 A.D, the king of Ahom, King Rajeswar Singha took it upon himself to have a tank erected near the temple in order to provide worshippers at visitors at the temple with access to clean water throughout the entire year. The water tank which also bears the name ‘Silpukhuri’, till this day is always filled with water just as it was when it was first put up, and continues to serve as a source of clean water to those who are in need of it. As if perched up on a bird’s nest, the temple allows for an exquisite view of the gently flowing river of Brahmaputra, and of the whole city and scenery surrounding it.

Visiting Hours at The Navagraha Temple

The beautiful temple of Navagraha has its doors open to all from the hours of 4:00am to 9;00pm every day. There is darshan which are scheduled at certain hours of the day, which are in the mornings from 6:00am to 12:30pm, and in the evenings from 4:00pm to 8:00pm every day.

When to Visit the Navagraha Temple

There are certain times of the year which are perfect and suitable for a memorable visit to the Navagraha temple, and this times are from late autumn to spring, which on the calendar is between the months of November, December, February and March.

Tips When Visiting at The Navagraha Temple

1)   The only source of lighting at the temple is provided by oil lamps, thus, extreme caution is advised while in the temple premises.

2)  Monkeys are also frequent visitors at the temple, and can get really aggressive sometimes. It is advisable not to carry any edibles to the temple, and to avoid feeding the monkeys under any circumstances despite their charms.

3) It is also advisable that visits to the temple should be well planned ahead, and should be avoided during the summer times as the extreme heat can make the visit an unbearable one. The rainy season should also be avoided as well, as constant and heavy downpour can totally ruin plans on visiting the temples beautiful premises.

Navigating your Way to The Temple

The Navagraha temple can be found along the Navagraha road all the way up on the Chitrasal hills. Finding one’s way around to the temple has been made really easy as there are directs cabs, buses, and cars for hire which are readily available from certain points such as the Guwahati railway station, the Paltan Bazaar, and other such significant landmark areas of the city all the way to the temple.