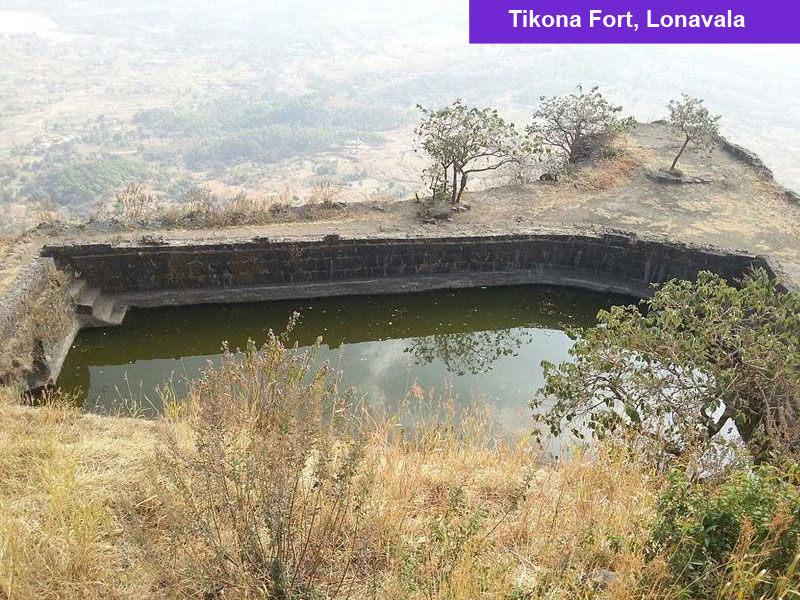 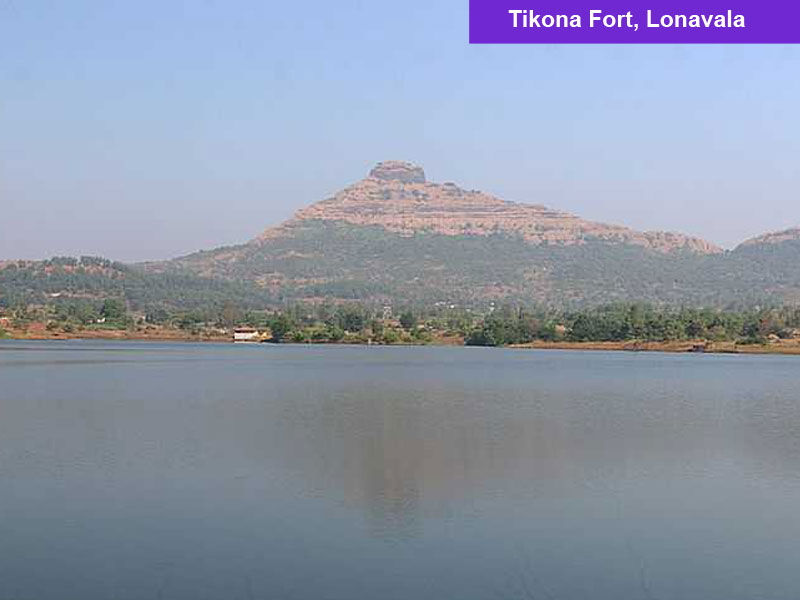 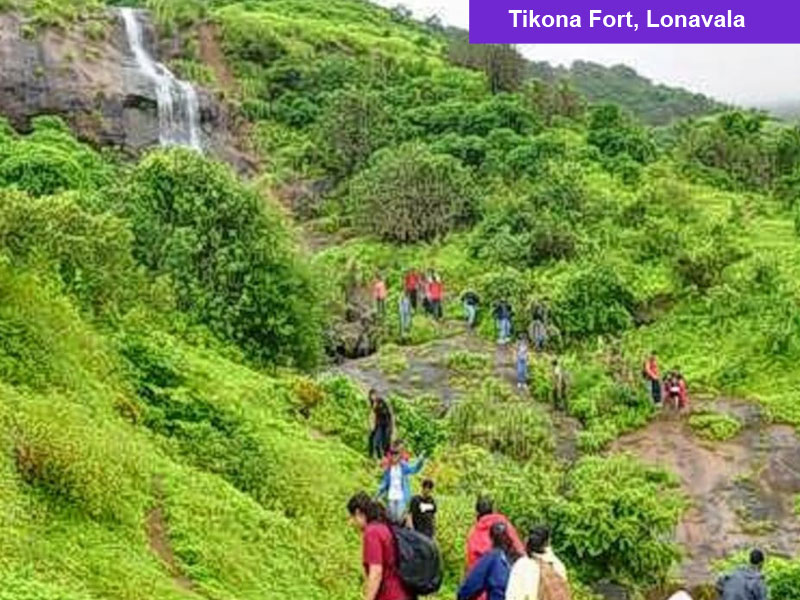 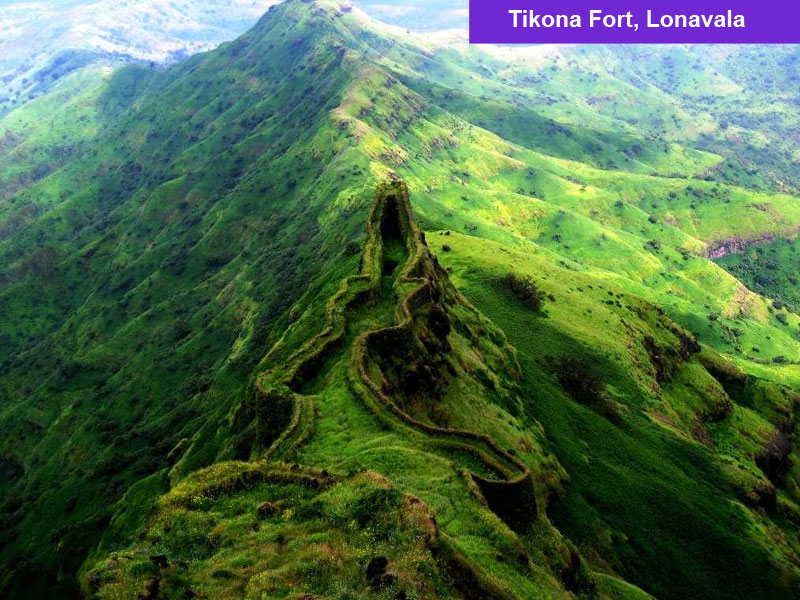 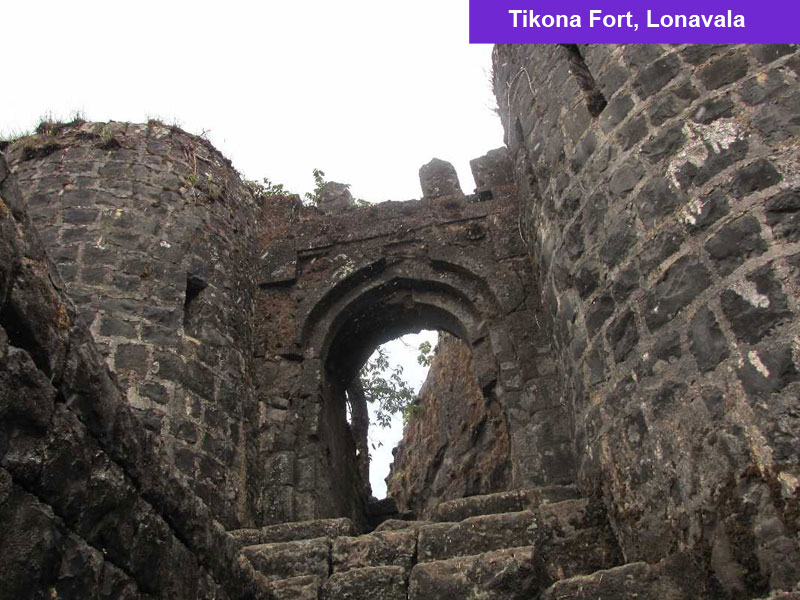 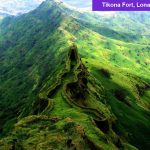 Tikona Fort is a hill fortress situated in the Pawana Maval in the Konkan region in Maharashtra. The fortress is known for its rich history and the hills around the monument is a popular trekking destination.  In the Marathi language, the fort is called Vitandgad, however, the fort is better referred to as “Tikona Fort” especially due to its triangular shape.

There aren’t any reliable sources that elucidate the origin of the fort, however, it has been a part of various great dynasties including Marathas, Mughals, Nizams and British. To date, the fort stands tall and strong despite the harsh forces of nature trying to crumble it down. The architecture of the fort is marvellous and constitutes of seven water cisterns, humongous gateways, massive fortifications, high placed bastions, etc. Recently, a local body named Shivdurg Sanvardhan is in charge of its maintenance and preservation.

A trek from the Tikona Peth village to the top of the hill is a memorable experience and a must-do activity for adventure enthusiasts. The trek is not very challenging but the route comprises of sharp turns and steep steps. Therefore, it is advised to be fit before undertaking this trek. During the trek, you will walk past various interesting places including caves, shrines and cisterns. Finally, you will reach the edge of the hill from where you can get a panoramic view of the surroundings. The low lying clouds and lush greenery with a historic fort in the backdrop makes this place a perfect location for a photo session.

The Konkan region of Western Ghats in Maharashtra is divided into smaller parts which are locally called as Maval. Tikona Fort is situated in Pawana Maval and is one of the four important forts in the region. This fortress had a crucial role to play in protecting the region and other fortresses such as Visapur, Lohagad and Tung in the past.

It is very difficult for the historians to decipher the actual year of construction of this fort, however, this monument has been under the supervision of several rulers and hence, represents a rich intermix of cultures of different kingdoms. In the year 1585, the fort was conquered by Malik Ahmad Nizam Shah I. Later, Tikona and many other forts in the Konkan region were taken over by the army of Shivaji Maharaj. King Jay Singh attacked the neighbouring village and this fort in 1665, however, the defence and security of the fort remained impenetrable.

On 12th June 1665, the Treaty of Purandar was signed and the fort was simultaneously handed over to the Mughal warrior Kubad Khan. But in the later years, the Marathas recovered the fort only to lose it to the Britishers.

Nestled amidst the dense tropical forests of Western Ghats at an altitude of 3500 feet above the mean sea level, the area around the Tikona Fort forms an apt location for undertaking trekking activities. The trek starts from the base village named Tikona Peth. The groups of trekkers gather in this village and initiate the trek after walking uphill for another one and a half kilometre. The entire trek trail is characterized by dense foliage, edgy turns and picturesque view of the misty hills.

You will reach the first gate of the fort after a half an hour trek. The entrance is called Bhuyari Darwaja and is covered with dense growth and vegetation, therefore, making it look like an ancient and mysterious cave. You can even click a few pictures at this point of the trek. Once you cross this gateway, you will witness the ruins of the ancient Lord Hanuman Temple, the Chapat Maruti. The idol in this shrine is carved out of a single rock and is installed in a position where the Lord is stepping on the devil Panvati. There are also few caves amidst the jungles which were probably used by soldiers in the past.

This spot is followed by a series of some old fortifications and Tuljadevi Mandir. The shrine has a huge water tank and remnants of stone grinder in its front yard. A signboard is installed here that elucidates the history of the fort. This is the exact point from where the trek route gets steeper and more challenging. From here you will have to climb a knee-high steep staircase.

The last section of the trek trail, the steep steps, is referred to as Shivaji Trail. The route has a break after 15-20 steps leading up to the bastion of the fort. The steps are steep and slippery as they are covered with moss. Therefore, you need to be cautious while climbing; it is advisable to take the support of the ropes that are attached alongside the staircase. Once you reach the top, you will be greeted with the sight of magnificent Trambakeshwara Temple which is dedicated to Lord Shiva. On the other side, you will get a fantastic view of the entire Pawana Maval region.  From here you can also get a splendid panorama of the nearby located forts including Visapur, Lohagad and Tung. In addition to this, you can also have a look at the massive Pawana Dam lurking in the backdrop of Tung Fort.

The view from the top of the fort is hypnotizing and is ideal to shoot a few awesome photographs and capture the blissful moment. The entire exhaustion of the trek is compensated by the outstanding view that awaits the trekkers on the top. The difficulty level of the trek is easy, and it takes around 1-1.30 hours to climb and an additional 30 minutes for stopping and photographs.

There are no eateries along the trek route; however, you can find a few affordable foods stalls selling local delicacies in the village. One of the most visited restaurants in the village is the Tikona Upaharagruha where you can have your breakfast before starting your trek.

1. Please wear comfortable and sturdy shoes with a thick sole and good grip. The trek is not only about walking but it also entails climbing steep and slippery stairs.

2. There are no food stalls along the trek route and on the top of the hill, so it is advised to carry enough food and water supplies.

3. Do not forget to carry a good camera to capture amazing pictures.

4. Carry rain protection gears and windcheaters if you are travelling to this place during the rainy season.  In winter, take warm jackets because it gets chilly at the top.

5. The caves in and around the fort can be used for camping but it gets flooded and moist during the monsoon months. Therefore, avoid camping during the rainy season.

How to Reach Tikona Fort?

Tikona Fort is not connected with any means of transportation from the major cities including Pune and Mumbai. The fort is situated at a distance of about 60 km and 130 km from Pune and Mumbai respectively. In order to get to the fort, you will have to take a bus or hire a private taxi to reach Kamshet village. From here, you can avail private taxis or shares auto-rickshaw to the Tikona village. In case you have to purchase a few trekking gears, you can visit the nearest city of Lonavala.