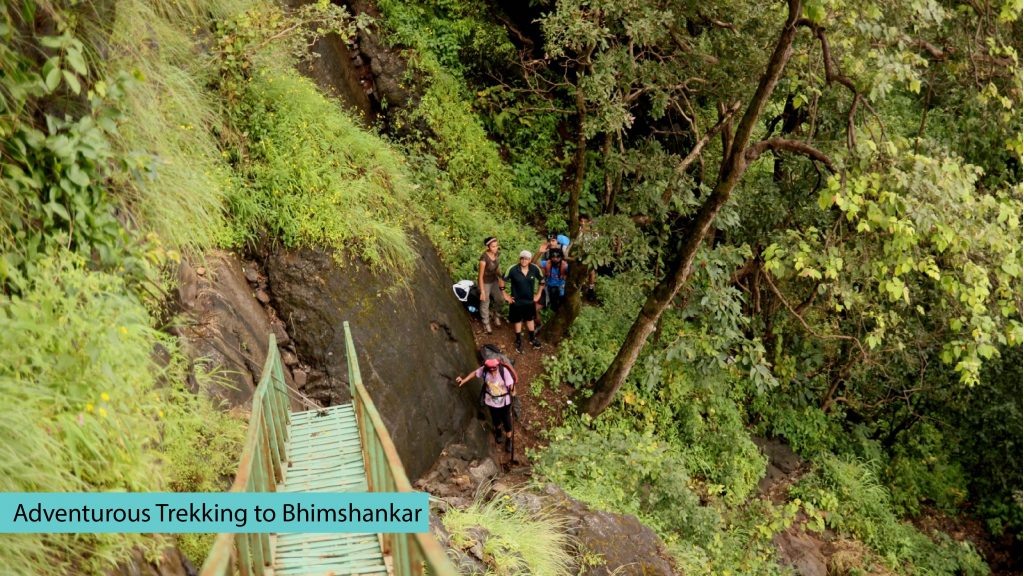 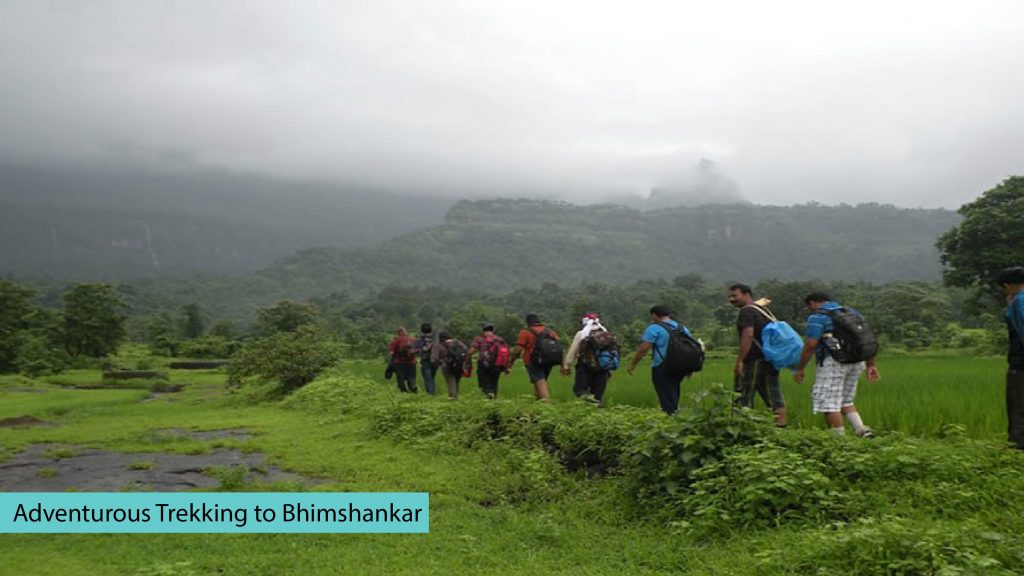 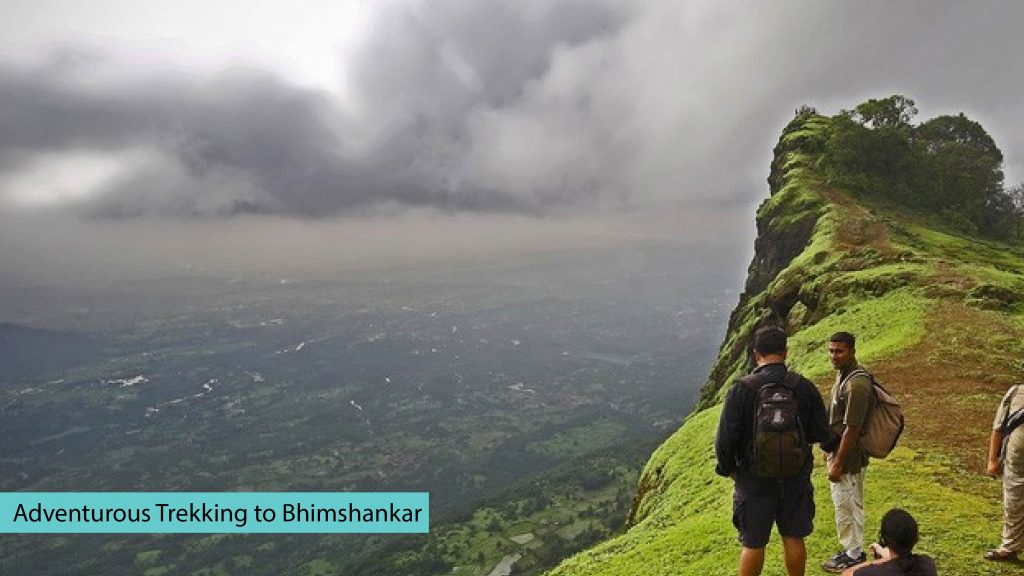 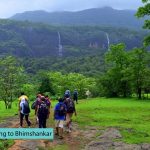 Nestled amidst the lush green forests of Sahyadri range, Bhimshankar is known for its thrilling trekking expeditions. In addition to the famous Jyotirlinga shrine, the region offers amazing trekking opportunities to the adventure enthusiast to explore the wildlife. The forests are best suited for trekking during the monsoon season as the ardent greenery of the rainforests is exemplified after the first shower of monsoon rains. You will be overwhelmed by the raw beauty and the scenic views that Bhimashankar offers during this time of the year.

The rich vegetation and calm ambience have made this region one of the most visited tourist destinations in Maharashtra. Bhimashnakar has been recently declared as a wildlife sanctuary and is home to few of the most exotic and rare species of flora and fauna.

The trek begins from Khandas village and is followed by rugged terrain as you start ascending the hill. There are two trek routes, Ganesha Ghat and Shidi Ghat (Ladder Route). The latter route is shorter but more adventurous. A majestic waterfall is situated near the Gupt Bhimashankar. The most fascinating aspect of this place is the water-sculpted Shivalinga formed under the waterfall.

The trek routes start from village Khandas and end at Bhimashankar Temple which is situated on the hilltop. The trek trails are densely covered with foliage and the view of the surroundings en route is simply breathtaking. Depending on your trekking experience you can choose from two trek routes, Ganesha Ghat and Shidi Ghat (Ladder Route) and details about the same is given as follows:

The Ganesh Ghat route is a simple trek trail that does not involve a lot of effort climbing. The total trek route from the village to the temple is 8 km long and it takes around 4-5 hours to complete the same. You will walk past a majestic rock tower, Paddar Killa and Nagphani Peak which is a snake hood-shaped hill. The trekkers also come across a beautiful pond called Hanuman Tal.

This trek route might appear to be simple; however, according to several stories narrated by locals, few trekkers have lost their way after sunset. Others get immensely exhausted climbing and return to the hamlet. Therefore, it is advisable to get fully prepared with enough supplies before you set out for a trek and complete the same before dusk.

2. Sidhi Ghat or the Ladder Route

Sidhi Ghat trek route derives its name from the three ladders that are placed in different parts of the trek trail. This route is tough to navigate and hence, should be used by only fit and experienced trekkers. The route is shorter in comparison to Ganesh Ghat, however, it is riskier and steeper. The trail is even more difficult to navigate during monsoons as the path becomes slippery.

The route leads into a sparse forest and beyond this is a small plateau from where you will get a picturesque view of Sidhi Ghat. After you cross two ladders, which are situated towards the beginning of the trek route, you will reach Kondana Caves. These are Buddhist Caves which were built in 200 BC and are adorned with intricate carvings and figurines of gods, goddess, and animals. Once you cross this stretch, you will come across the last ladder which will bring you to a rocky mountain. This is then followed by a majestic waterfall where you can click a few good pictures of the surroundings. The Sidhi Ghat merges with Ganesh Ghat trek route at the Chahacha Aamba. The entire trek route will take around 3-4 hours to complete.

Things to take note of while Trekking

Following are certain things that should be kept in mind before you start your Bhimashankar trek:

1. Sometimes the humidity level is high and the mist might engulf the entire area, thereby reducing the visibility. During such a situation, it is advisable to pause your expedition and wait for the weather to get clear.

2. Wear comfortable and sturdy trekking shoes with a thick sole and excellent grip.

6. Be cautious if you trek via Sidhi Ghat. It is more difficult and amateur trekkers should not opt for this trek route. During monsoon, it becomes more dangerous and hence, Ganesh Ghat is a better option to reach the hilltop. 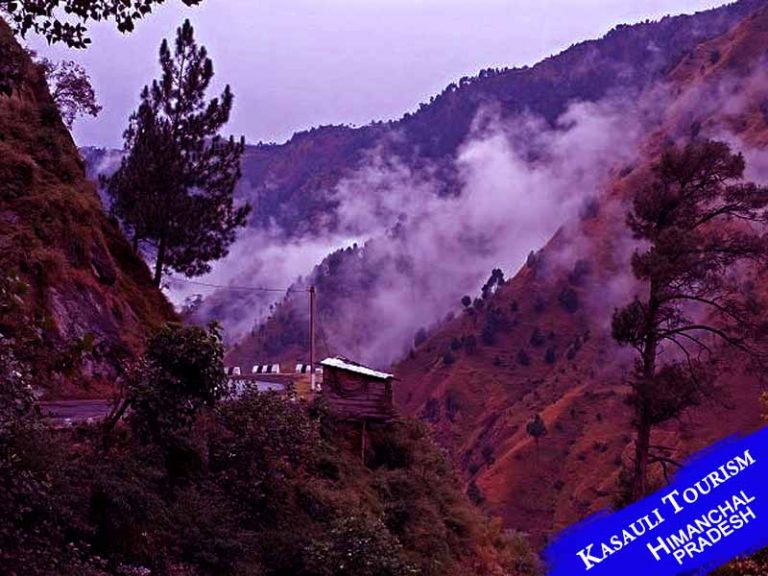