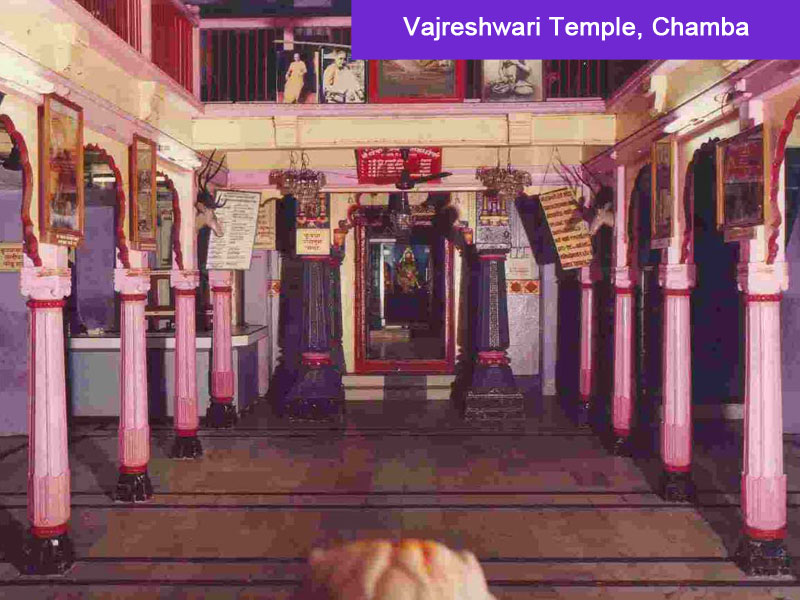 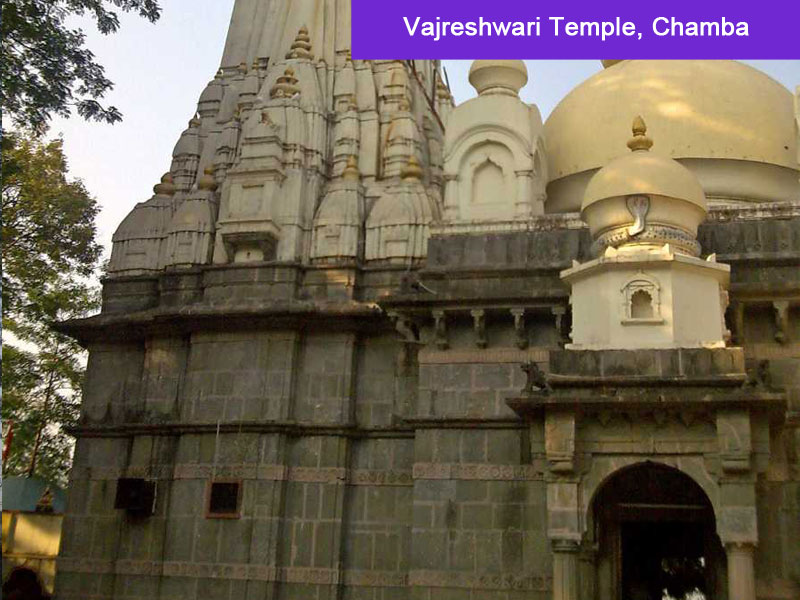 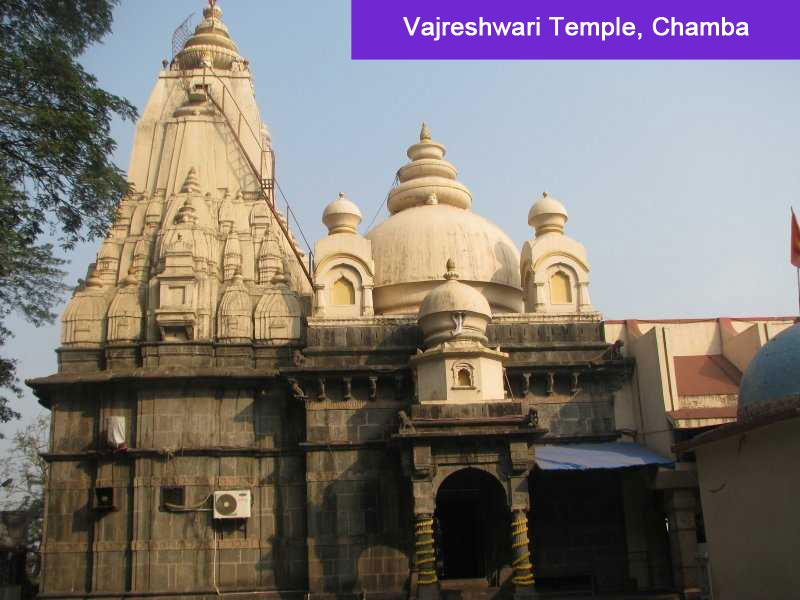 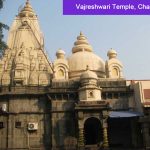 Vajreshwari is a thousand years old temple, built at the ending of Jansali Bazaar in Chamba. This temple worships the Goddess of lightning, in the name of Goddess Vajreshwari. Goddess Vajreshwari is told to be an incarnation of Goddess Parvati and she resides in this temple in her pinid form. The temple is made in the Shikhara style and is a perfect amalgamation of intricate woodwork, spectacular carvings, and delicate stonework. The temple has idols of Hindi deities and the interior walls are carved elaborately. The architectural design of this temple is magnificent. This great temple has eighteen different inscriptions, carved of the walls of the temple and some are on the huge pillars guarding the entrance. There is also a drum house or Nagarakhana at the entrance and two lion sculptures are placed as a symbol for protection.

The temple houses a gigantic idol of the Goddess Durga. She is sitting on a lion. God Vishnu with three faces is placed beside her. Among the three faces, one is of a human, the other is of a boar and the third is of a lion. March is the most celebrated time of the year. A fair is held to honor the Goddess during Amavasya. Apart from this, Navaratri is also celebrated here in the same month in a grand way.

There are various legends related to the building of this temple. The most popular one is about the sacrifice of Goddess Sati. Goddess Sati sacrificed herself in the Yagna of her father. Lord Shiva took her dead body and started tandava. To save the world from Lord Shiva’s anger, Lord Vishnu cut the body of Goddess Sati into 52 pieces with his Chakra. The body parts landed on different parts of the world and each of them became a shakti peeth. One part landed on the location of this temple. Later Pandavas had a dream of Goddess Parvati. She told them to build a temple on the site, only then the Pandavas will be able to save themselves from destruction. Thus a temple was made to honor the memory of Goddess Sati and was named as Vajreshwari temple.

It is believed that the temple houses a huge amount of wealth. All the idols are known to be clad with expensive ornaments and heavy jewelry. Because of this immense amount of gold, the temple was robbed and plundered many times. In 1009AD Mahmud Ghazni robbed the temple and destroyed it completely. He also built a mosque in its place. After 35 years when the king of the region got his powers back, he made a replica of the temple and restored it. The new temple was decorated lavishly with jewels and ornaments of diamond, gold, and silver.

Later in 1360, the temple was again robbed by Firoz Shah Tughlaq. But in Mughal rule, Akbar visited the place and decided to restore the temple. In 1905, several earthquakes damaged the temple to some extent. Since then the temple is standing strong and is now a popular religious place for visitors.

The annual fair is the main attraction of this place. It is held in March on Amavasya. The fair is celebrated by all the locals here. The weather is also pleasant during this time.

How to Reach Vajreshwari Temple

Chamba is well connected through cabs, buses, autos. The temple is located in Jansali bazaar and people can reach it easily by availing any transport system mentioned above.